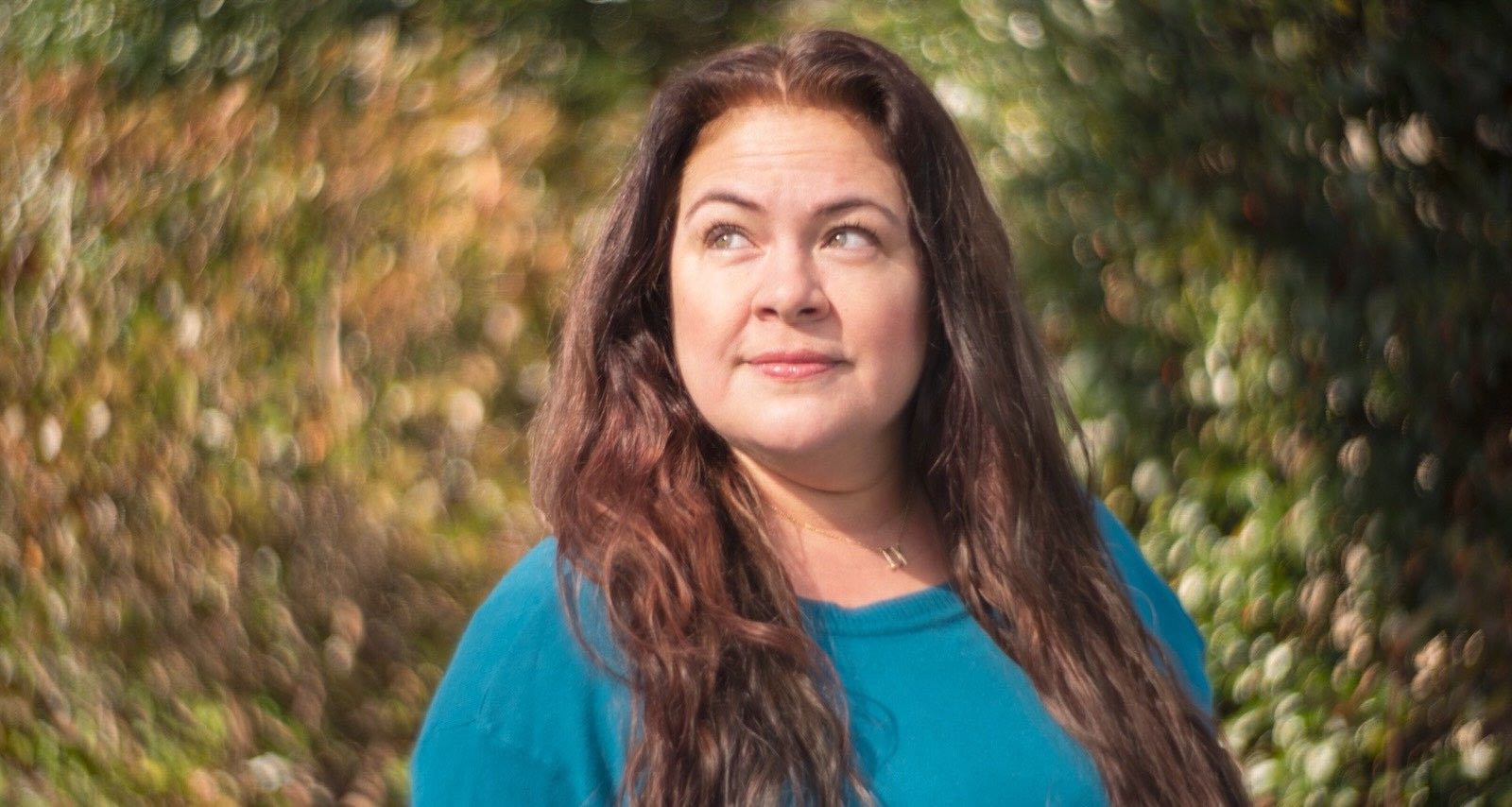 Miroslava is an indigenous, Mexican-American mother and storyteller on a journey to reclaim her indigeneity. Throughout her life, Miros’ insatiable curiosity was nurtured by the wealth of oral culture and traditions passed down to her from her ancestors. As such, she has always been a storyteller with a desire to share stories reflecting her cultural richness, a point of view integral to the world and our humanity, although often grossly underrepresented.

Miros began her journey as an emerging filmmaker with her first project, The Bears On Pine Ridge (Co-Producer and Executive Producer). This award-winning documentary was honored by Vision Maker Media and is being developed into an hour-long feature that will air on PBS in the U.S. and Latin-America this spring. Miros began as a volunteer in 2020 and soon became a driving force as a producer for the project. Her efforts have helped to take this short film project to dozens of festivals and screenings, in an effort to spread awareness about the ongoing Indigenous youth mental health crisis. Miros was also instrumental in helping the TBOPR project become a feature film, expected to broadcast on public television early next year.

Miroslava Gonzalez Coronado: I have been a storyteller my whole life and love to pass down oral traditions. As a mother to a curious 11-year-old, during the height of the pandemic, I sought ways to reconnect our family and my ancestral lands across the country. I was yearning to become more grounded and it became even more important to document this journey to reclaim our cultural truth and to better understand where we come from to better gauge where we are going. As COVID cases initially decreased, a friend whom I was mobilizing our community with suggested I help Noel Bass, Director of The Bears On Pine Ridge. While I had no formal experience working on any films, I jumped right into problem-solving. I helped Noel with our film festival strategy, impact campaign and to write a grant that was selected by Vision Maker Media whose mission is to Engage And Empower Native People To Share Stories. Documentary filmmaking has not only become a vehicle to continue the oral traditions I grew up with, but also a way to heal by amplifying stories from traditionally underrepresented communities. I strongly believe that everyone has an important story to tell and the more stories we share, the better we can understand each other and find that we have more common ground than we thought.

IDA: Tell us a little about The Bears on Pine Ridge.

MGC: The Pine Ridge Indian Reservation (in South Dakota) has declared three separate States of Emergency due to youth suicide rates reaching the highest levels in the country. The Bears on Pine Ridge amplifies the voices two respected female elders who lead the Oglala Sioux Tribe’s only suicide prevention team, while mentoring a group of suicide-survivor teenagers to find their voice, encouraging them to bring hope and awareness to the reservation. Many top organizations for suicide and mental health awareness do not have access to the reservation. Data is very hard to collect in reservation communities, especially when inside organizations can’t continue due to lack of funding. In July 2018, The Reclaiming Native Truth (RNT) Project was released. It was a two-year, $3.3 million public opinion research and strategy setting initiative by IllumiNative. Its findings, released in July 2018, resulted in comprehensive data and learning about the challenges and opportunities that Native Americans face in educating Americans and changing public perceptions. The report found that “Invisibility is the modern form of bias against Native Americans...The majority of Americans know little to nothing about Native Americans...Many Americans are not clear how many Native peoples still exist”, per the RNT Project (https://rnt.firstnations.org/research/). The study also found that 78% of Americans want to learn more about the Native American culture. Simply put, audiences have a lot to learn. Very few are aware of the issues on reservations enough to be able to get involved in human rights efforts.

IDA: How did working on The Bears on Pine Ridge change your trajectory as a producer and filmmaker?

MGC: TBOPR brings unprecedented access into the youth suicide crisis happening in the isolated Pine Ridge community, one that most American do not even know exists. SYW will give viewers insight into not only a Mexican-Native American tribe that, like many indigenous peoples, have forged the foundation of the Great Southwest. During research for both projects, I have found that access to contemporary information is severely lacking. We were often sent to the History section of the library and mostly found centuries old information when seeking present-day stories to explore. Being an integral part of these films have not only shown me why it is critical to not only share the important stories around us, but to also support BIPOC female filmmakers which have the ability to present stories from a different lens than we are accustomed to viewing films through.

IDA: What are you working on right now?

MGC: Strong Yaqui Women documents my journey to reclaim my cultural truth, my Mexican indigenous roots. My great-grandmother was Yoemi (Yaqui) from the Sonoran desert. She became a widow after her husband was killed for his lands and she fled to save her four children, one of them being my grandmother who also overcame numerous obstacles, as did my momma who is an immigrant and raised four children as a single mother. As a mother myself, I am eager to share with my son and nieces that we come from a long lineage of resilient matriarchs who sacrificed so much to allow us opportunities to thrive. This project honors these amazing women, my roots and future generations of change makers. We hope to create space in which young girls can be inspired when they to see themselves through the strong, indigenous women we will feature like: Leannette Galaz, Yaqui Stanford graduate advocating for affordable housing in Montana; Selina Martinez, Young Yaqui-Xicana architect and professor at Arizona State University using high-tech gadgets to create 3-D renderings of significant Yaqui buildings and structures which are in ruins. An important part of the documentary has been sharing our origins with my cousin Priscila who honors her immigrant parents’ and our ancestor’s sacrifices by becoming the first Latina Harvard Law Review President.  We also will seek to shed light on internalized racism, colorism, anti-Black and anti-Indigenous sentiments, which recent news has elucidated, run deep among many indigenous Latinos. Relatives participating in the project are from the Pascua Yaqui tribe and my mentor from the Rosebud Sioux Tribe who has more than four decades advocating for Native representation in the film industry, Mr. Sonny Skyhawk. Various members and groups within my Yaqui community, including the Yaquis of Southern California and the Yaqui Pride Project, also committed to participate.

MGC: The UCLA Hollywood Diversity Report 2020 revealed that the demographics of film screenplay writers are 89% white, 5.2% Black, 3.0% Asian, 0.7% Latino and the directors are 84% white, 5.5% Black, 3.4% Asian, 2.7% Latino. USC’s Annenberg Inclusion Report 2021 reviewed 126 films and 180 series produced by Netflix in 2018 and 2019, showed great improvement in gender and racial equality with most minorities, with the exception of Latinos, as only 2.6% of all stories had a Latinx lead or co-lead, and similar low numbers behind the camera. Mexican-Americans are 12% of the US Population and close to 70% of all Latinos in America. Films & Television have tremendous impact in the narrative, perception and the reputation of our community - the onus seems to be on documentary filmmakers to share stories that better represent underrepresented changemakers, individuals, families and communities – stories told in a way that demonstrates how it is a constitutional part of our nation’s history of yearning toward “e pluribus unum”, so that together we can deliberate on our past and present toward a more equitable path forward. 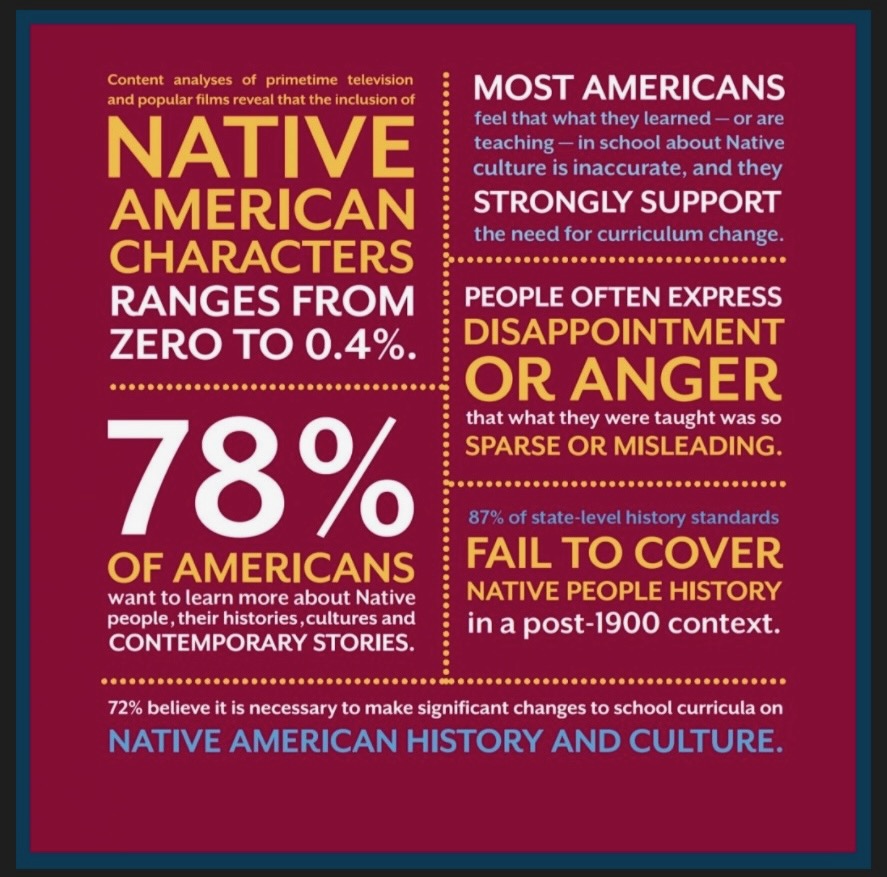