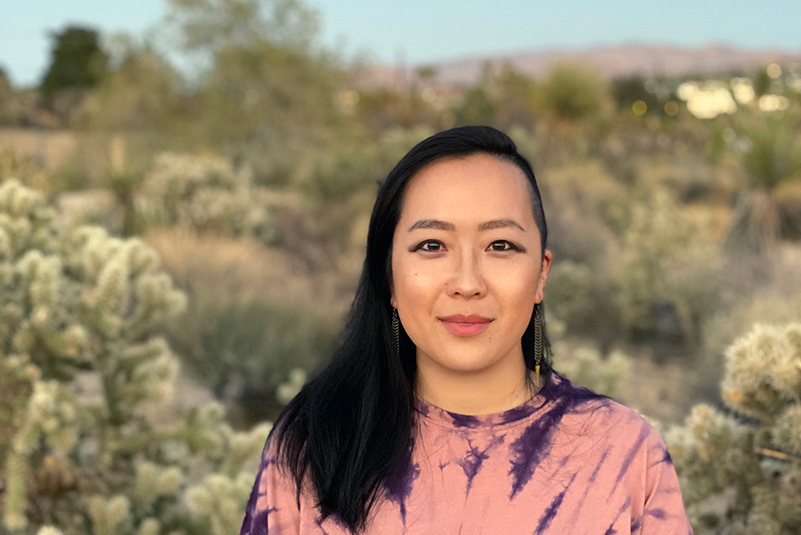 Sue Ding is a documentary filmmaker and artist based in Los Angeles. She directs and produces nonfiction projects for platforms including The New York Times and PBS. Her most recent film, The Claudia Kishi Club, was an official selection at SXSW and premiered on Netflix. Her work explores identity, storytelling, and visual culture.

Sue also leads the XR media program at the Los Angeles Asian Pacific Film Festival, and consults on interactive, immersive, and multiplatform projects. She writes and lectures on documentary, participatory, and emerging media storytelling. Sue is an alumni of MIT’s Open Documentary Lab and Comparative Media Studies graduate program, and a Senior Civic Media Fellow at USC’s Annenberg School for Communication and Journalism.

IDA: Was there a particular moment in your life that you realized you wanted to be a documentary filmmaker?

SUE DING: I didn’t have a specific “aha” moment, but as a second-generation immigrant who grew up navigating two cultures, I’ve always been curious about the lives and perspectives of different communities. I also learned about a lot of mainstream American culture secondhand through the media, which prompted a lasting interest in how we use storytelling and visual culture to understand ourselves and the world around us.

IDA: “The Baby-Sitters Club” was an iconic novel series that many millennials recall reading as a child—myself included! The only Asian-American character in the series, Claudia Kishi, was an inspiration to many Asian-American kids because of the lack of representation on screen across genres. Can you explain the significance behind directing The Claudia Kishi Club and whether it had personal meaning to you?

SD: The Claudia Kishi Club was a very personal project for me. Growing up, I rarely encountered characters of color in books or other media. As an Asian-American character who was a protagonist rather than a sidekick, and an individual rather than a stereotype, Claudia was a revelation. She was also the creative one in her group, and an important early affirmation that I could be an artist—despite the overwhelming whiteness and maleness of art classes and museums.

Claudia inspired a generation of young Asian-American and Pacific Islander readers, many of whom are now writers and artists creating amazing work of their own. It was important to me to celebrate not only Claudia in the film, but also fellow creators who are shaping a more inclusive and vibrant media landscape today.

IDA: Is there a particular documentary that has made a significant impact on you?

SD: Agnès Varda’s Les plages d’Agnès (The Beaches of Agnès) is a film that I’m continuously inspired by! I love its playful reflexivity and exuberantly motley approach—the film reminds us that we can tell stories however we want, not limited to predefined categories or formal conventions. Varda’s curiosity about the world, her collaborative spirit, and her joyful creativity are an affirmation of why I do what I do.

SD: I’m very grateful for the sense of community that the IDA provides. As an independent filmmaker, I work on my own for long stretches of time. Attending IDA events like Getting Real and local screenings helps me stay connected to the documentary community, and gives me the opportunity to see great work, learn from my peers, and participate in important conversations about moving the industry forward.