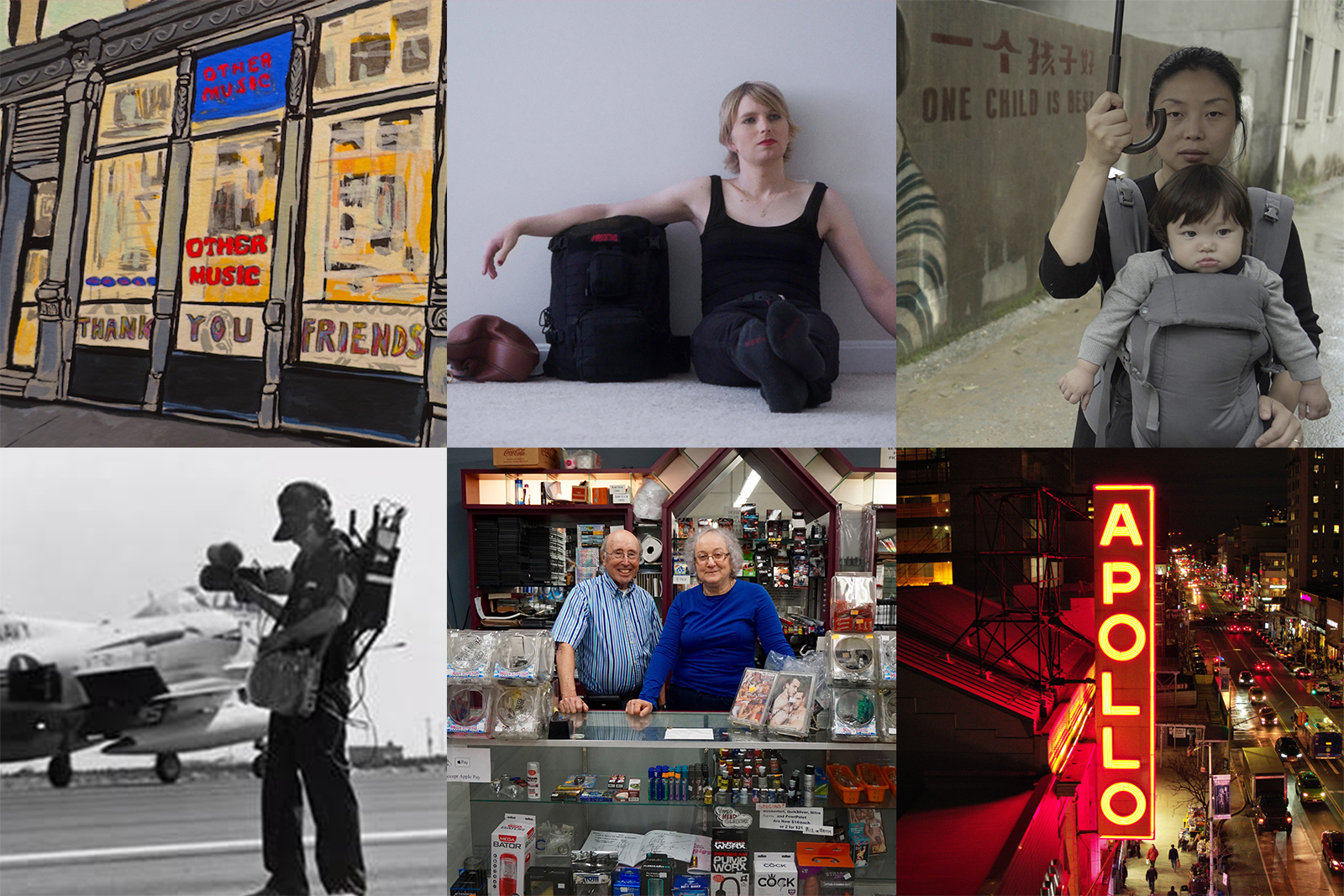 Academy Award® winning filmmaker Roger Ross Williams looks at the storied history of the iconic Apollo Theater. The landmark has been a cultural anchor on Harlem’s West 125th St. since 1934, and through its doors have passed the most legendary African-American artists of the past nine decades. It represents the ongoing struggle of black lives in America and The Apollo demonstrates the elemental role that art plays in that struggle by highlighting the broad range of African-American achievement that has been discovered, championed, and thrived on its stage.

How do you explain to your friends that your mom and pop run a gay pornography shop? This is just one question that director Rachel Mason asks in this intimate and probing documentary. When their medical device company went under, Karen and Barry Mason needed a source of income to tide them over. They found a temporary gig distributing explicit magazines for publisher Larry Flynt. This eventually morphed into a titular retail shop—a fixture on West Hollywood's Santa Monica Boulevard for decades—and later, a hardcore film production company. Turning the camera on her parents and siblings, Mason explores the contradictions of growing up in an unconventional household where her mom could be found volunteering at her synagogue or re-stocking issues of Hand Job Magazine.

"Sound is 50% of the cinematic experience" is a frequent expression of top filmmakers. Through interviews with acclaimed directors (including David Lynch, Ryan Coogler, Sofia Coppola, George Lucas and Barbra Streisand) and their most trusted sound partners, including Walter Murch, Ben Burtt, Alan Splet and Ludwig Göransson, documentarian Midge Costin’s Making Waves puts the long-overdue spotlight on film’s audible magic, both breaking down the creative process and offering firsthand anecdotes about the making of several all-time classics.

Becoming a mother prompts filmmaker Nanfu Wang to examine China’s One Child Policy that was in place from 1979 to 2015 and how it had repercussions on her own family. The legislation, which prohibited many households from having more than one child, was introduced as a way to halt the rapid population growth in China under the guise of making life better for all its citizens. As a result, hundreds of thousands of Chinese families were forced to give their children away.

Other Music was not just a record store in the village. It was a place where a generation discovered groundbreaking artists who became larger than life icons in the music scene. The film chronicles the store’s 20-year history, featuring bands such as Animal Collective, the Yeah Yeah Yeahs, Vampire Weekend, the Strokes, Interpol, TV On The Radio, Anohni (formerly Antony and the Johnsons), and more. As retail stores continue to disappear, the film is an example of how the community and spirit of one much-loved independent record store lives on.

XY Chelsea is set in the aftermath of the release from prison of Chelsea Manning, a former US Army soldier and intelligence analyst convicted of violating the Espionage Act in 2013 for leaking classified U.S. documents to WikiLeaks. Manning’s information revealed illegal practices—such as torture and abuse of detainees and the unreported deaths of over 15,000 civilians—engaged by the US military. While imprisoned, Manning also began to transition medically. The film offers insight to her motivations for whistleblowing, and ultimately, for taking on the US government.

END_OF_DOCUMENT_TOKEN_TO_BE_REPLACED

The Kids Are More Than Alright: Documentaries To Watch on Youth Activism