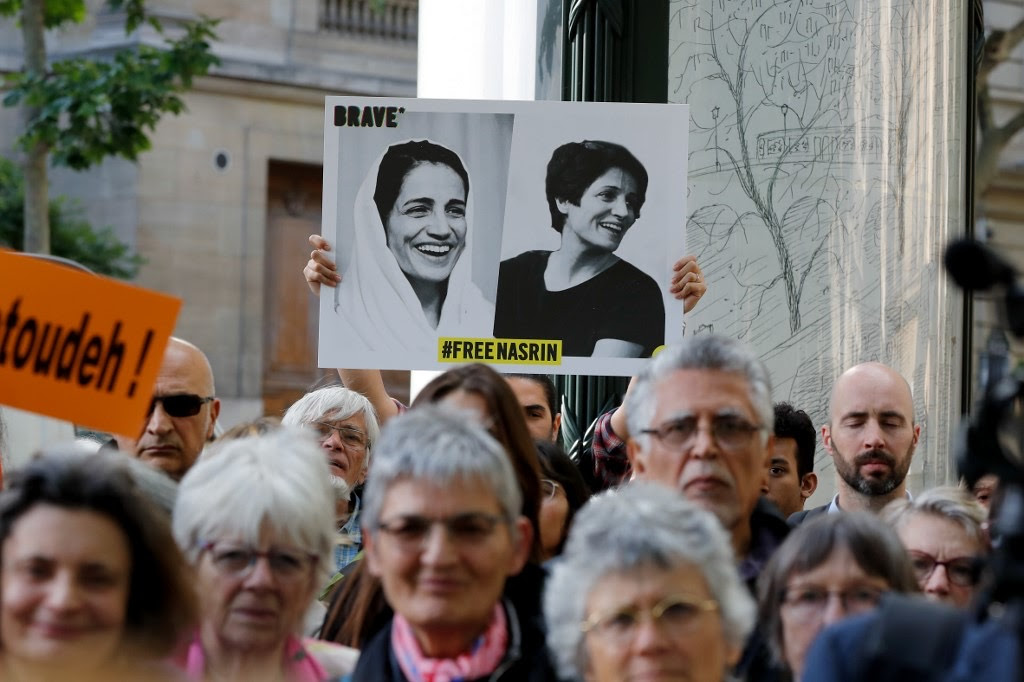 When filmmaker Sean Wang wasn’t sure of the whole adulting thing, he decided to call his middle-school friends. The result is an extremely well-edited collage of voices, animation, yearbook photos, and a lot of laughter. The New York Times Op-Docs' H.A.G.S. (Have a Good Summer) will make you laugh, cry, and feel nostalgic about what we thought were the best years of our lives. Or not.

If you haven’t had a chance to watch Frederic Wiseman’s City Hall yet, head over to MUBI. Wiseman, who is one of the most important documentarians of our times, shifts his gaze on the government of Boston and, in his signature meditative style, creates a portrait of the beauty and frustrations of the city governance.

Iranian human rights activist and political prisoner Nasrin Sotoudeh is a fiery defender of women’s rights. Filmed in secrecy, Nasrin (directed and produced by Jeff Kaufman) is not just a portrait of its fearless protagonist but also a document of the country’s robust women’s rights struggle. Narrated by Olivia Colman, the film is streaming on Hulu starting June 15, 2021.

Also making its streaming premiere this week is Dieudo Hamadi’s Downstream to Kinshasa. In June 2000, the Congolese city of Kisangani witnessed widespread violence between the Ugandan and Rwandan armies. For the victims of that Six-Day War, it has been years of a relentless fight for justice. In this documentary, the first Congolese film to be an official selection at Cannes Film Festival, their cries for justice get heard and centered. Watch it, along with Hamadi’s earlier film, Ladies in Waiting, on OVID, starting June 16.

In Revolution Rent, directors Andy Señor Jr. and Victor Patrick Alvarez travel to Cuba, where the former is tasked with staging a production of the musical Rent. In producing what will be the first American Broadway musical in the country in 50 years, Señor Jr. revisits his parents’ homeland while trying to reimagine the musical's narrative for a Cuban audience.

Starting June 18, you can watch Courtney Stephens and Pacho Velez’s Berlinale and AFI Fest-touring film, The American Sector on Metrograph’s virtual cinema. As the filmmakers embark on a journey guided by the many panels of the Berlin Wall installed as public monuments, they listen to people's stories about the wall and the pieces that survive.

End your weekly viewing with a (literal!) punch with a documentary on wrestler Joanie Laurer, aka Chyna, who was once called "The Ninth Wonder of The World." In Vice TV’s new documentary VICE VERSA: Chyna, directed by Marah Strauch, we revisit the wrestler’s mythical career, which was tragically cut short in 2019. The documentary speaks to her friends, family members and colleagues, and resurrects an often-ignored wrestling hero.

END_OF_DOCUMENT_TOKEN_TO_BE_REPLACED

Screen Time: Week of May 20