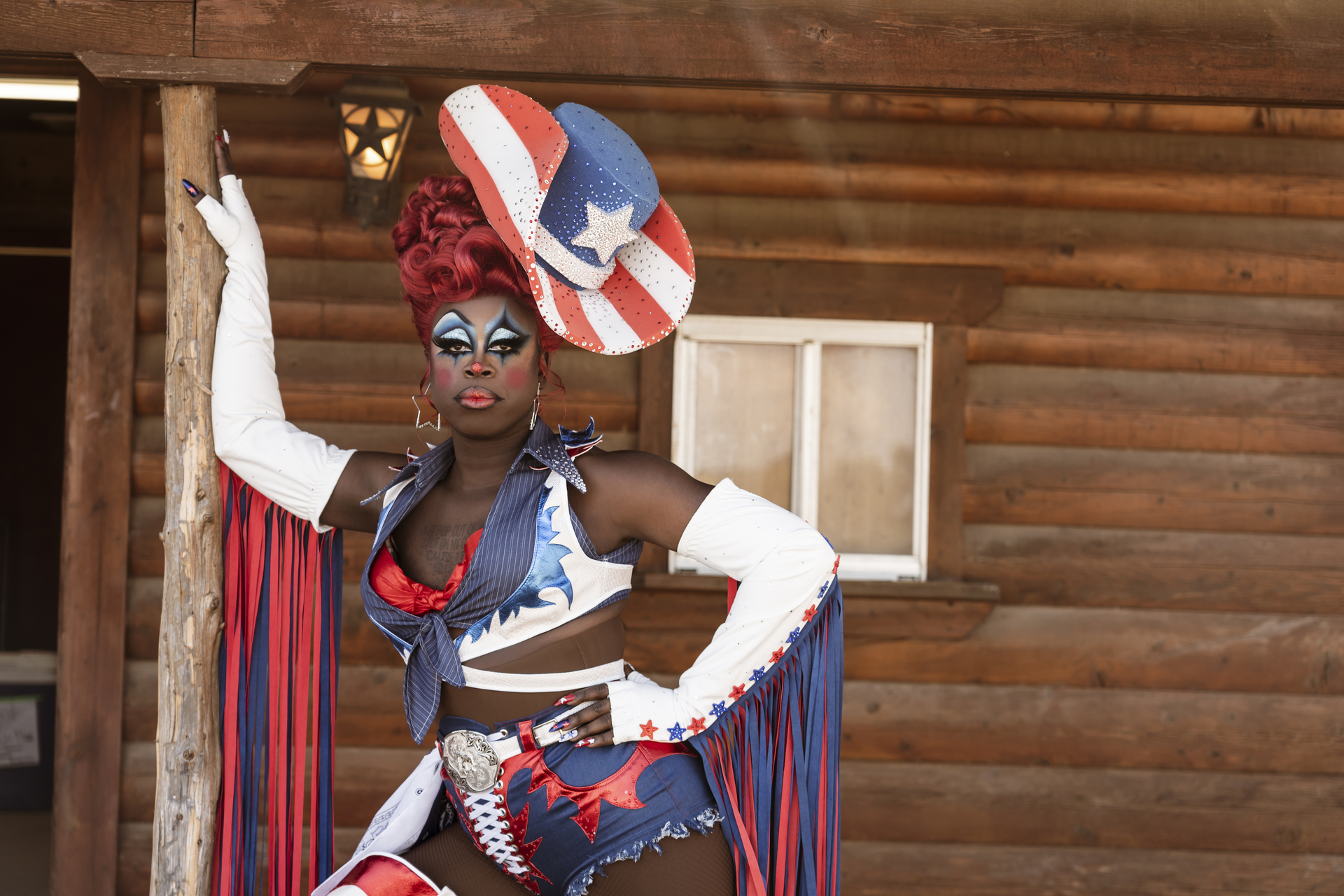 Older Than the Crown, from Derrick Lemere, investigates the trial of Rick Desautel, a Sinixt tribal member who, while hunting elk on his ancestral land in Canada, was charged with hunting without a permit and being a non-resident. In 1956, Sinixt people were said to be extinct by the Canadian government. The documentary delves into the limits of law and its unjust origins as Sinixt tribal members demand their rights. Available to watch on PBS.

The two-time Emmy-winning docuseries We’re Here, created by Stephen Warren and Johnnie Ingram, follows drag queens like Bob the Drag Queen and Shangela, performing at one-night-only drag shows; the series returns for a third season. Through sharing their stories and struggles in small towns, the queens hope to combat anti-LGBTQ+ sentiments. In a time where the queer community is facing threats of violence and anti-LGBTQ+ legislation, the docuseries creates necessary space and conversation around queerness. Watch now on HBO.

From America Reframed comes Blood Memory, by Drew Nicholas, a documentary on the damages done during America’s Indian Adoption Era. The film follows the story of Sandy White Hawk, who at 18 months was removed from her home and forced to live on a white missionary in Wisconsin. The film explores struggles that span three decades of forced assimilation and the reclamation of her Sicangu Lakota identity, which are shared experiences for many Indigenous people. Watch now on the WORLD channel.

Our Universe, a documentary created by Naomi Austin, Stephen Cooter, and Alice Jones, is one of the newest docuseries exploring the complexities of life on Earth spanning billions of years. The series, narrated by Morgan Freeman, consists of six episodes that focus on different aspects– like gravity told through the story of penguins, or seasonal cycles explained by following Alaskan brown bears. Available for streaming on Netflix.

The Blessing, a documentary by Hunter Robert Baker and Jordan Fein for America Reframed, follows the conflicts of a Navajo coal miner caught between making a living to support his daughter and his part in the destruction of a sacred mountain. The documentary is part of WORLD channel’s Native American Heritage Month film collective. Premiers on the WORLD channel Dec. 1.

The Tutankhamun: Allies and Enemies docuseries arrives with the 100th anniversary of the excavation of King Tutankhamun’s tomb. The series explores the legacy of the boy king, connecting his reign with the tumultuous period of Egyptian history. Available now on PBS.