IDA's Logan Elevate Grant, which is made possible through the generosity of the Jonathan Logan Family Foundation, aims to uplift emerging filmmakers. This year, the grant program awards $30,000 to three women and nonbinary filmmakers of color directing feature-length journalistic documentary films. This year's grantees are Paige Bethmann, Chelsea Hernandez, and Zippy Kimundu.

Growing up in Kenya, Kimundu says she saw her country through everyone else’s lens. She worked as an editor for 10 years, and while putting together a documentary for a British television station, she felt conflicted over the content she was creating.

That was when she knew she needed to tell stories centering her African identity. In 2013, Kimundu founded Afrofilms International.

Filmmaking is a way to educate and fight ignorance, which Kimundu, an alumna of New York University--Tisch Asia, has experienced at home and abroad. Everything that happens [in countries like Kenya], Kimundu says, is because of colonialism. The countries, while free, still reel under colonialist structures, which is why, she feels, it’s so important to have African filmmakers telling African stories and reclaiming the narrative. Journalism and documentary filmmaking, for Kimundu, go hand-in-hand. The Logan Elevate Grant, Kimundu explains, will allow her to dive deeper into her storytelling and strengthen her connection with the people in her work.

She is passionate about creating commentary on social justice issues like neocolonialism, white supremacy, and volunteerism. “There are thousands of people who come as volunteers [to Africa],” Kimundu says. “You come in, and you go out. What have you done? What really deep down do you think that you have done? What change do you think you have made?” 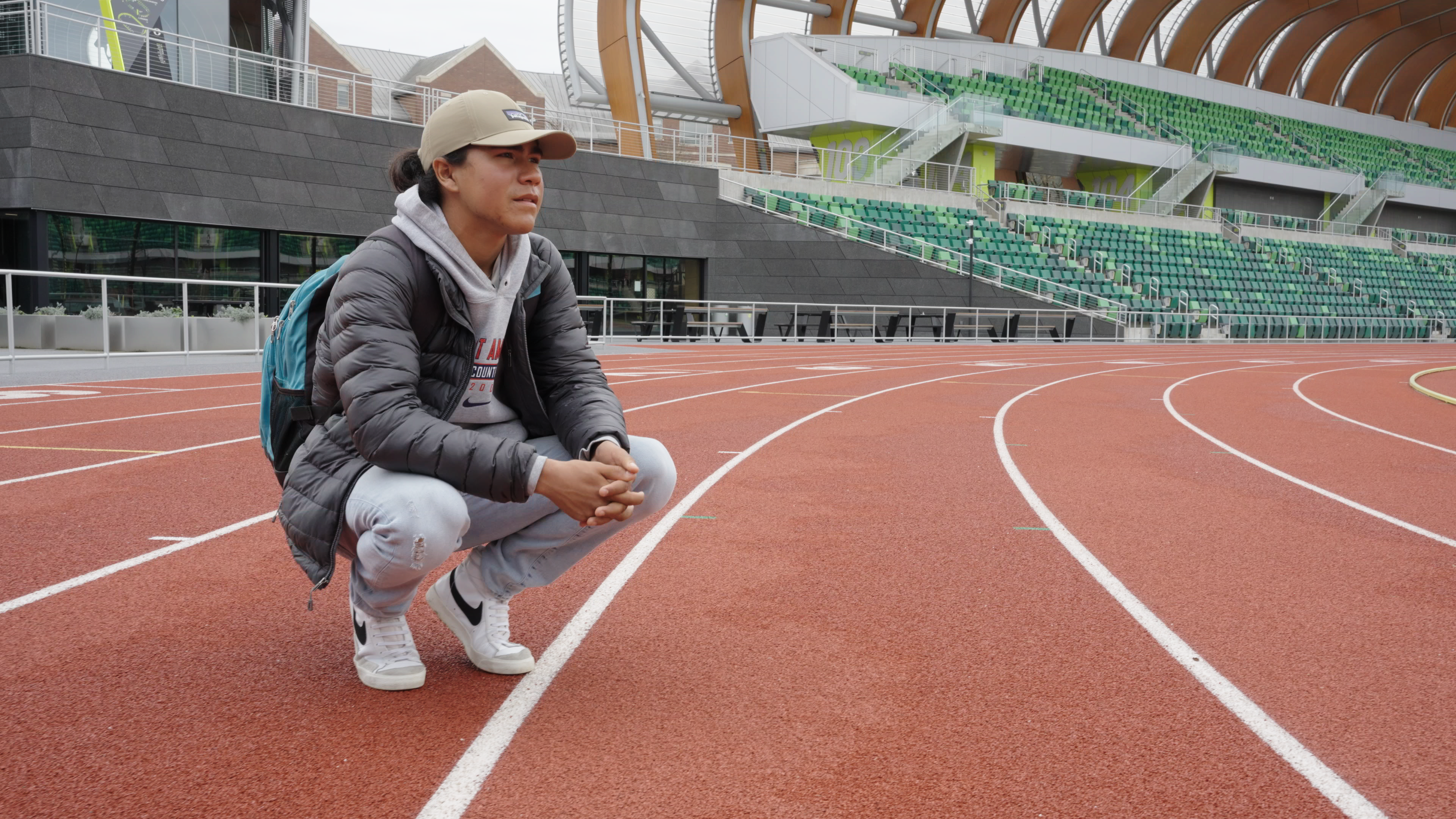 Despite Paige Bethmann’s decade-long experience working on various nonfiction projects—for outlets like NASCAR and Vox, where she was in charge of live television—she never thought she’d make a documentary. With her directorial debut, Remaining Native, Bethmann is also pushing for change as she attempts to reclaim the narrative around Indigenous history. After the uncovering of unmarked graves of Indigenous children at former boarding schools throughout the United States, Bethmann, who is Haudenosaunee, said she felt an “internal responsibility to be able to find a story to honor that history.” At 10, her great-grandmother attended a similar boarding school, which was the root of familial trauma and shame. Bethmann’s grandmother fought against this, establishing the first Native American after-school program in Rochester, New York, where Bethmann learned tradition, culture, language, and storytelling.

“She was this big reminder to us growing up that you must be proud to be Native,” Bethmann reflects. “You must be proud of what we had to come through in order to be here today.”

Bethman lost her grandmother two years before she heard about Ku, a Yerington Paiute teenager orchestrating a 50-mile memorial run which starts at the Stewart Indian Boarding School and follows the same path his great-grandfather ran while escaping the boarding school, in honor of him and all the other lives lost at Indian boarding schools. Bethmann saw a mirror in Ku; both of them were serving a similar goal—to honor family legacy–through filmmaking and running, respectively.

“Ku is like this symbol of hope, despite everything that his family has gone through, despite him not having a coach or resources,” Bethmann maintains. “To have him get to the place where he’s at today is inspiring. He cultivated this whole community to run with him and to raise that awareness, and not just for himself.” Despite Ku’s lack of resources and connection to the sports world, he defied expectations by getting a walk-on offer to run for University of Oregon. Bethmann hopes that Ku will be someone that young Native kids can look up to. “For [Native kids] to see someone who looks like them achieve so much—not only achieve so much, but to also give so much back—that is Indigenous to its core. It’s always having that reciprocal relationship in balance. That’s needed right now, to try to reconnect and to find that balance again.”

Remaining Native goes beyond just Ku though, as his story parallels the ongoing federal investigation of the boarding schools, which was launched as Ku began his senior year of high school. The week he graduated, the federal report came out.

Because the film revolves around a traumatic topic, it’s been integral for Bethmann to ensure there are “psychological safety nets,”—whether that be taking breaks or cultivating safe spaces—for the Native people involved in the project. She was able to meet with a trauma psychologist as part of the Logan Elevate program, which has been helpful when dealing with the heaviness of the film she is making. Bethmann is also working with The National Native American Boarding School Healing Coalition, which aims to address the “ongoing trauma created by the US Indian Boarding School policy.”

For Bethmann, it’s important to assert that Native people aren’t a monolith. She remembers pitching the story and hearing that it was too niche and wouldn’t reach a wide audience, to which Bethmann laughed and responded, “A teenage boy?” —who, like any other teenage boy, gets in trouble for staying out, argues with his parents, and talks about girls.

Under a colonized narrative, Bethmann points out, portrayals of Indigenous people are often “stoic and sad.” So it was especially important for the film to be aesthetically beautiful, with Indigenous people in front of and behind the camera, establishing an accurate representation that would inspire cultural knowledge. 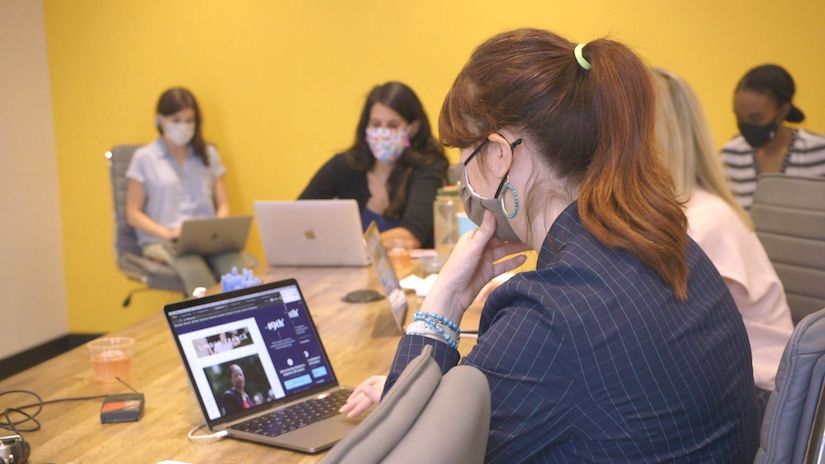 “That is a direct rebellion against what the boarding school goal was,” Bethmann adds, “Playing a role in doing that makes me the proudest I could be.”

For Chelsea Hernandez—who, along with Heather Courtney and Princess Hairston, is the co-director of the Untitled 19th documentary—diverse representation in front of and behind the camera was integral to the integrity of their film. The documentary follows the release of The 19th, a news outlet run by women and non-binary editors and journalists, reporting on politics and policies through the lens of gender and race.

When Hernandez heard that Emily Ramshaw, the former editor-in-chief of The Texas Tribune, was leaving to start her own inclusive newsroom, she was intrigued. She asked herself, “How were they going to bring lived experiences and diversity and inclusion into the newsroom?”

“Seventy out of 100 newspapers in the country right now are run by white men, and those are the people that are saying what stories get told and what viewpoints those stories get told [from],” Hernandez explains.

In low points during the filmmaking process, Hernandez says she’s been uplifted by the success of other members of BGDM, saying she feeds off their energy.

Newsrooms across the country have been engaged in uncomfortable conversations about the lack of representation and disparities over race and gender. Hernandez hopes that the documentary will encourage these conversations, no matter how uncomfortable they may be. “There are some people doing some badass work,” Hernandez says. “You can’t complain that you can’t find people of color anymore.”

The documentary, which should be released in 2023, tells the resilient story of the women-operated news startup launching over Zoom during a global pandemic but also showcases a model that newsrooms and classrooms can adapt—a model that reimagines journalism through an inclusive and empathetic lens.

“There’s more to reporting than just trying to get both sides of the story,” Hernandez explains. “You can bring your lived experience.”

The filmmakers all express immense gratitude for the grant and speak to how essential the financial support is to finishing their films. Because of filmmakers like Kimundu, Bethmann, and Hernandez, narratives—which have traditionally been gatekept and dictated by a narrow group of people—are being reclaimed and retold by rightful and righteous voices.

Kelsey Brown is the editorial intern for Documentary magazine. She is a senior at Cal State Long Beach, where she is pursuing her bachelor’s in journalism with a minor in International studies.

END_OF_DOCUMENT_TOKEN_TO_BE_REPLACED

Courage Under Fire Award: 'Writing With Fire' Team on Finding Hope in the Unlikeliest Place