BBC and CNN Team Up On 'Race for the Vaccine' 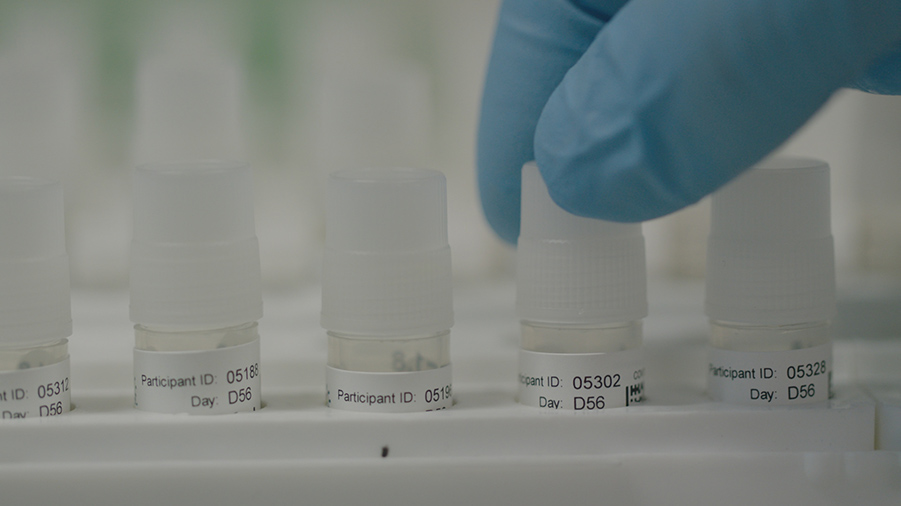 Like many of us struggling through the pandemic, Kizzy Corbett has turned to guided meditation to help manage her anxiety. But Corbett has more to worry about than most: The 35-year-old immunologist has spent the last year leading the National Institute of Health’s Vaccine Research Center team in partnering with Moderna to develop a vaccine.

“When you give 30,000 people a vaccine or a placebo and allow them to go out into the world, you are really asking the world to give you the answer,” she says in an interview on her couch, the smoke from incense wafting around her. “There’s really nothing you can do at that point.”

The scene is one of many poignant human moments featured in Race for the Vaccine, a new co-production between CNN Films and the BBC, which will air it as a BBC Two Horizon special under the title VACCINE: The Inside Story.

The project came about in the earliest days of 2020, when Archie Baron of the UK’s Wingspan Productions began working with Janet Tobias, whose 2017 film Unseen Enemy examined the threat of emerging infectious diseases and worldwide pandemics. For Race for the Vaccine, the filmmakers embedded with scientists on four continents as they rose to the challenge of developing an effective vaccine against a myriad of obstacles, both personal and professional.

“I was in touch with people in China and the level of concern through January just rose at a rapid rate,” Tobias recalls. “I also knew some of the science teams who, when the second the sequence was published on January 10, started working. At that point, it was an interesting science problem that they thought they needed to really work hard on, but no one quite understood the scope.”

“It was already apparent the script was there and that the scientists—a relatively small group—were the route out,” says Baron. “So Janet and I thought the best way to tackle it would be by building teams in the US and the UK and also reaching out to people around the world. We already had an idea that this should be the global story of a relatively small number of vaccine scientists who were going to be the difference between success and failure.”

Baron and Tobias quickly worked up a pitch and brought it to Amy Entelis at CNN and Tom Coveney, head of the BBC’s landmark science strand Horizon.

Baron admits that their initial pitch to the BBC in March 2020 was “rather too confident”—their working title was COVID: How the Battle Was Won. But a year later their vision is being realised, with the vaccine being rolled out globally, and their film is scheduled to air in April on both sides of the Atlantic.

For Entelis, who had worked with Tobias on Unseen Enemy, it was an easy decision to come on board. “We don’t often get the chance to follow stories in real time for a CNN film, just because of the way our distribution is set up,” she explains. “Usually our films follow the event by a couple of years. But in this case the story was so compelling, the access was so enticing, and they were offering to turn this around very quickly. For that reason we felt like it was the right current-day story to jump in for us.”.

Sanjay Gupta, CNN’s Chief Medical Correspondent, was also involved from an early stage, and came on board as producer. He narrates the US film—the only stylistic difference between the two versions. “I was able to draw on a lot of the interviews that I’ve already done to help guide this,” says Gupta. “I know all the vaccine-makers, many of them personally. The head of Operation Warp Speed was someone I’ve known for a long time. So [my role is] helping to gain access to some of these people, and pointing people in the right direction for the documentary.”

To direct the film, the executive producers put together an unusual partnership: co-directors whom had never met before. Catherine Gale is a UK-based, award-winning filmmaker and former virologist. Tobias had been one of the judges at a science film festival; his jury honored Gale for a BBC Four film called, appropriately enough, The Joy of Winning. Caleb Hellerman is a medical journalist and filmmaker who, in the earliest days of the pandemic, produced a FRONTLINE documentary, Coronavirus Pandemic,  which centered the story in Seattle.

Gale laughs when asked about what would have happened if, having been brought together in an arranged directorial marriage, they hadn’t gotten along. “It would have been really hard, but it hasn’t been,” she says. “We’re a really small team and we talk all the time, and Janet and Archie are incredibly involved.”

The production follows vaccine development teams in Oxford; London; Washington, DC; Boston; University of Queensland, Australia; and some undisclosed locations. Hellerman led the US shoots, and Gale handled the rest of the world, dividing the workload more or less evenly in terms of contributors and storylines. In addition to Corbett, the teams followed Kathrin Jansen, Pfizer’s Head of Vaccine Research and Development; and Katie Ewer, a senior immunologist developing the Oxford University/AstraZeneca vaccine.

In most cases each director was remotely directing teams on the ground, as well as conducting regular catch-up sessions with the scientists, using both Zoom and additional cameras.

Gale set up a technical spec for the aesthetic of the film, in order to be consistent across the many shoots. “We were conscious of us potentially looking like a hot mess because of so many different bits of material coming from so many different places,” she maintains. “So we have been quite specific about the cameras we want to use, how we want to shoot it, the style [ handheld], the lenses, etc.” Each shoot contained a specific shooting script for the teams to work from.

Watching how Gale works has been insightful for Hellerman. “It’s been very interesting for me. It’s a different kind of film that I’ve been used to making, but I feel like we complement each other pretty well,” he notes. “Not only is she a brilliant scientist—everyone on this filmmaking team is a science and medical specialist with a certain comfort level— but on top of that, she writes brilliant shooting scripts and is extremely detailed. I’ve hopefully been able to pick up on that and learn that approach, which has been critical.”

Of course the raging pandemic brought its own challenges to filming, with the teams having to navigate a shifting patchwork of protocols and access across the globe. Nonetheless, Baron says that the team, helped along by its early relationship-building, was able to get inside the lives of the contributors. “We’ve enjoyed all the access we could wish for, being sensitive to whatever the health conditions are and whatever the local COVID protocols were.”

A big challenge with every production, Entelis says, is how to put together the film remotely. “People have to find new ways of communicating. And in my experience it takes a bit longer than it would have because the communication takes longer, the changes take longer, the sending back-and-forth takes longer. Luckily the technology has provided us a way to do it.”

For all its moving parts, this production has gone surprisingly smoothly, and ongoing collaboration is the key, according to Tobias. “One could assume it would have been really difficult because we’re separated. But I think as a group we share a common goal, we understand that dividing and conquering works, and we have quite diverse talent.”

Somewhat unusual for a co-production, according to Baron, is that the commissioners and production partner Tangled Bank Studios have had frequent meetings via Zoom. He notes that when making one film for three customers with different audiences and scheduling needs, it helps if they can learn from each other.  “We’re sharing a lot with them, all of them sharing with each other, so it does feel like one mission and one film, and that’s the right way to go about it.”

According to Gale, the remote conditions have sometimes led her and Caleb to more connections with their contributors. She often would Zoom with Australian contributors at the end of their working day. “I could just drop in, we’d have a bit of a chat and it was just a really nice way of maintaining that connection, keeping the sort of consistency of the storytelling. It makes me wonder about filming overseas in the future.”

The relationships with the contributors has led to a number of emotional storylines, which form the backbone of the narrative. At one point Ewer, the Oxford scientist, tearfully recalls how her mother died suddenly just before Ewer’s paper on vaccine efficacy was published in the medical journal The Lancet. In another scene, an Australian scientist describes how he has just learned the funding has been pulled from his project.

The narrative that follows the race to develop the vaccine takes place alongside news archive of the spread of the pandemic throughout the world. “These are all people who were well prepared for it in different ways, in ways they have been waiting for this moment, while at the same time they are not people who are used to having the entire eyes of the world on them to solve the problem,” says Hellerman. “So I think there’s a lot of ups and downs and heartache along the way.”

As we went to press, the film was in the final editing stages, and according to Entelis, “could get in front of our audience when they were still very eager for this information.”

“We are incredibly privileged witnesses,” says Baron. “It should be a really important first draft of history going forward.”

Tobias says that the film will allow the world the chance to see true heroes succeeding in a global effort. “This is an example—and it’s going to change science—of how the collective brain power from around the world cracked this problem in a variety of ways and sped up the way we do science; we’re never going to be the same.”

Gupta agrees. “I think in some ways it’s going to be terrifying for people to see this— I mean, just how much worse it could have been if we did not have the scientists who have been working day and night for the last year to help create these vaccines. But I also think you’re going to feel a sense of incredible pride in our fellow humans in terms of getting this done.”

Race for the Vaccine will premiere May 15 on CNN, and VACCINE: The Inside Story will premiere on BBC Two at a date to be determined.

Carol Nahra teaches documentary and digital media classes at Syracuse University, London. She is the UK Consultant for Sheffield Doc/Fest and hosts the podcast DocHouse Conversations.

END_OF_DOCUMENT_TOKEN_TO_BE_REPLACED

The Real ER: 'Code Black' Looks at Healthcare from a Physician's Point of View