The Center of Documentary: A Windy City-Style Education at Columbia College Chicago 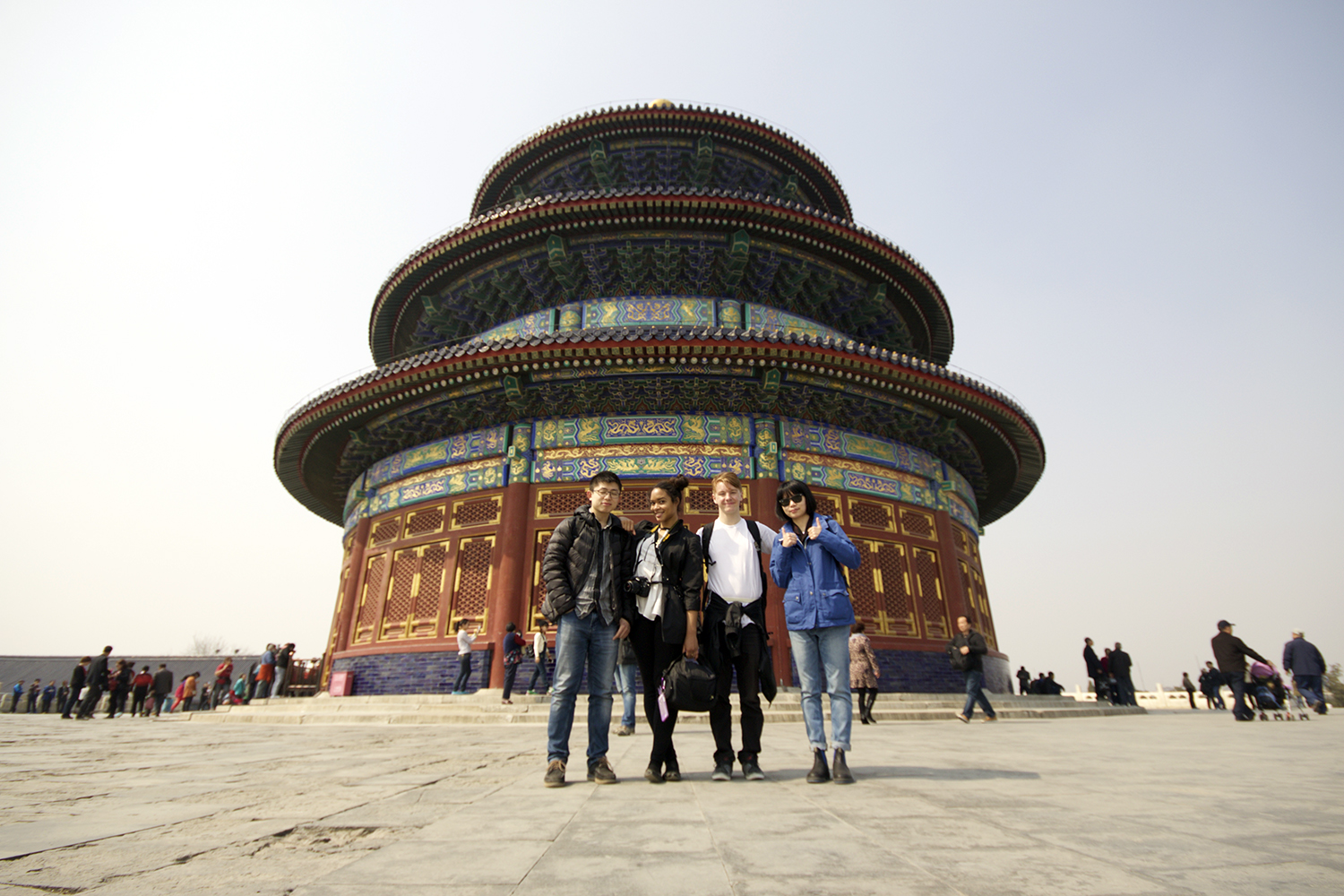 "The dramatist, valuing the integrity and organic nature of struggle, treats the audience with respect and genuinely explores something. You can tell because genuine drama moves toward an uncertain destination."

Right or wrong, it occurred to me that Mamet had not given much thought to the art of documentary when he wrote those rather inflammatory words. Although he was initially discussing the role of the playwright, he then stepped outside of his wheelhouse to utter a decree about art in its many forms. This is one of the problems with a bold, sweeping statement: one tends to overlook what gets excluded by just such a proclamation.

However, the purpose of this article is not to throw one of Chicago's native sons under the bus of creative nonfiction; rather, it is to point to a group of professionals and students who not only view the documentary as an art form—one that hails from the schools of creative nonfiction writing, journalism, cinema and photography (to name but a few)—but who are also sensible enough to know that their chosen medium is a vehicle aptly suited to dramatize and call attention to issues of social justice.

Documentary spoke recently with Ruth Leitman, Documentary Coordinator of Cinema and Television Arts at Columbia College Chicago. Leitman and her colleague, Eric Scholl, the interim chair for the department, are co-authors of the school's new Interdisciplinary Documentary Program.

So, how did a girl from Philly end up in Chicago?

Ruth Leitman: Well, my husband works in indie music distribution, and one day he asked, "Do you want to move to Chicago?"

I said, "No." But then I remembered that Kartemquin Films is located in Chicago, and about 20 minutes later I said, "Okay."

Kartemquin, of course, is known for Hoop Dreams…

And The Interrupters and Life Itself, not to mention they were just nominated for two Academy Awards [for Edith+Eddie and Abacus: Small Enough to Jail]. They also had two really incredible projects at Sundance [Minding the Gap and America to Me], one of which just got picked up for distribution with Starz in the fall [America to Me]. Many of the folks who are part of Kartemquin are Columbia alums. And Gordon Quinn, who is their co-founder and creative director, received an honorary degree from Columbia College, which I had the privilege to present him with. So, there's really a great connection between the school and Kartemquin that dates all the way back to when Michael Rabiger founded our Documentary Center. And the school also has these great relationships with other documentary companies in the area, like The Kindling Group, Media Process Group, Green River Films and even my production company, Ruthless Films. These companies are the reason why there's such an incredibly supportive atmosphere for documentary in Chicago.

Kartemquin Films has a long history with documentary; are Columbia students able to intern there?

Yes. They have a very robust internship program that mentors students and even have workshops for the community, Diverse Voices in Documentary (DVID). We have students every semester who are in their internship program, and it's not just getting coffee. These students work on different documentary projects in a variety of ways. And every Friday there's a workshop where the filmmakers will do a workshop for the interns to teach them something new.

Can you talk about the new interdisciplinary documentary program at Columbia?

I was hired at Columbia about six years ago, and since then it's been a passion project for me, along with my colleague, Eric Scholl, and several other faculty in various departments, to put together a program that was holistic and able to cross several disciplines to help strengthen the skills needed by documentary filmmakers. Story takes so many forms. So we brought together all these different departments from across this very large arts and media college to focus on creating an interdisciplinary documentary program. It's really the sort of thing I would have loved to have access to when I was in school.

When did the new program get started?

Our pilot year was 2016-17. We were hoping to have 12 students committed to the new program, but we ended up with over twice that. And I think it's fair to tell you that our students do not start with the traditional foundation for cinema students. They are studying six different areas—cinema, television, radio, journalism, photography, creative nonfiction writing—all of which used to be available only through other majors at the school. They take classes in all those areas, but they have to concentrate on two of them.

Of those disciplines—and I think this is true of most film students—the writing is where the strength is needed most. Being able to craft personal nonfiction narratives has been really helpful; they are able to work with instructors who begin at a very personal place and teach them how to take personal experience and use it as voiceover or text to help frame their narratives. These are things that we had to pull together and learn on our own over the years, right? I became a writer, to identify as a writer, years after leaving school, so introducing it early on in a foundational place is truly wonderful and important. 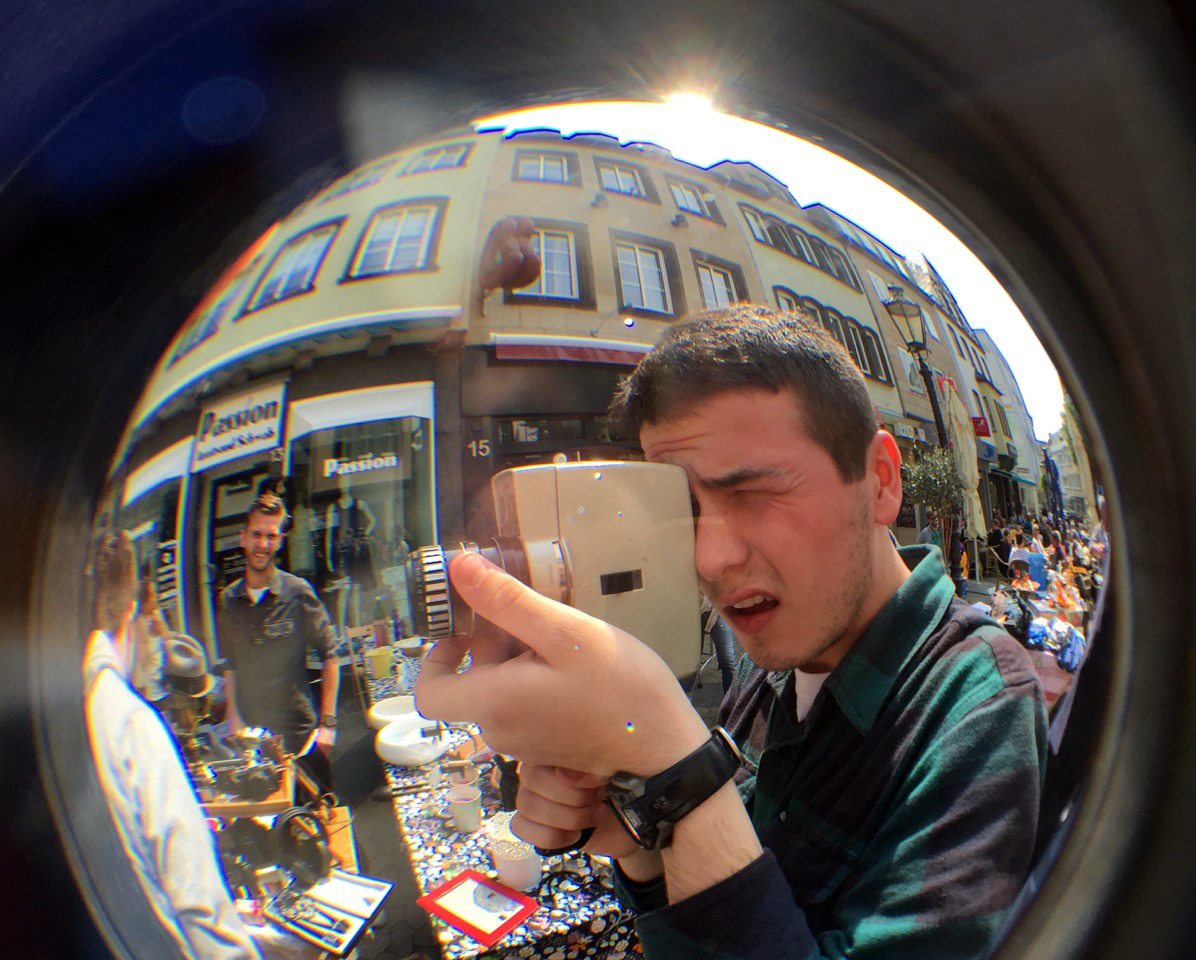 Could you tell us about some of the faculty at Columbia?

We have Joe Meno, an award-winning fiction writer, who also teaches creative nonfiction; we have several writers from (the fiction) department. Our photography department is really strong. It has Dawoud Bey, a documentary photographer who just won a MacArthur Genius Grant. There are literally so many great teachers, but off the top of my head, we also have Jackie Spinner, who was a Washington Post journalist embedded in Iraq, and Dave Berner, who is an award-winning writer and Hemingway Fellow from radio. Then there's Jeff Spitz, whose Navajo Boy was at Sundance several years ago. We have faculty like Ted Hardin, who's very involved with environmental issues, and is working on a film about Flannery O'Connor. And teaching documentary sound is Zak Piper. I think he's one of the best documentary sound mixers out there, and he's also a Columbia alum and a producer on several Kartemquin films.

Any recent graduates we may have heard of?

Caryn Capotosto was just at Sundance; she is one of the producers on Morgan Neville's new Mister Rogers documentary, Won't You Be My Neighbor?. She’s also an Academy Award winner, since she was one of the producers on Neville's 20 Feet from Stardom. I was thinking about Caryn when we were designing this program because she was a photography major at Columbia, which means she wasn’t part of the previous film program. She learned how to become a documentary filmmaker when she left school, and she has been very supportive of what we're doing. We're hoping to bring her in for an event we put on every year called Doc Your World, which is a symposium where we have panels and screenings with attendees who come from all of these disciplines. It's also a class. So, the students help to curate and produce this two-day event. Last year we partnered with Docs in Progress, a nonprofit incubator for starting documentary filmmakers, and we invited students and documentarians to pitch their projects. It was a well-attended event, with doc companies from across the Midwest coming to hear these pitches. Our students got a lot out of it, especially being able to network with professionals in the industry. It's through events like Doc Your World and this program that a lot of our students are able to make connections to eventually go work at independent production companies.

The Hollywood Reporter recently ranked Columbia as the 15th best film school in the US. What do you think is attracting students to pursue documentary filmmaking there?

I think the center of documentary is really in Chicago—for over 50 years there's a strong community that's been growing here. It doesn't get the attention of New York or Los Angeles, but it's a big metropolitan city with a great exposure to culture, and any young person going to an arts and media college, being in this fertile environment, I think, really makes a difference. For the past couple of years we've had a relationship with the Beijing Film Academy, and we started working on an interactive documentary project involving students from both schools; I actually taught the first section of that.

What would you say is one of the more important lessons that you try to impart to your students?

A lot of what we do is to prepare students to go out and film by talking about how to work with subjects. You know, to remove the veneer of self-importance—"I'm making a FILM…"—and get them to realize they're having a conversation, and not get distracted by all the gear and paraphernalia. So, we try to minimize the amount of unnecessary gear that they want to go out with, and I think the work has been a lot stronger because of it.

Is there anything you want to say in closing?

I don't think there's ever been a better time to be a documentary filmmaker. A lot of students are coming to school knowing that this is what they want to pursue. They're saying, "I care about social justice and I'm interested in personal narrative and I dig photography and podcasts—I want to do all of those things, and I want to make films." I think that enthusiasm, that energy is what has them gravitating towards this program. We recognize it on their faces; it's great to see that all come together inside and outside of the classroom.

Tom Gianakopoulos is a writer and photographer who lives in Los Angeles. He is currently an adjunct instructor at NYFA's Burbank campus, where he teaches screenwriting in their HS Program.

END_OF_DOCUMENT_TOKEN_TO_BE_REPLACED

2004 Preservation and Scholarship Award: Michael Rabiger—Grist for the Mill: A Filmmaker's Education