Doc Star of the Month: David Carroll, 'The Great Hack' 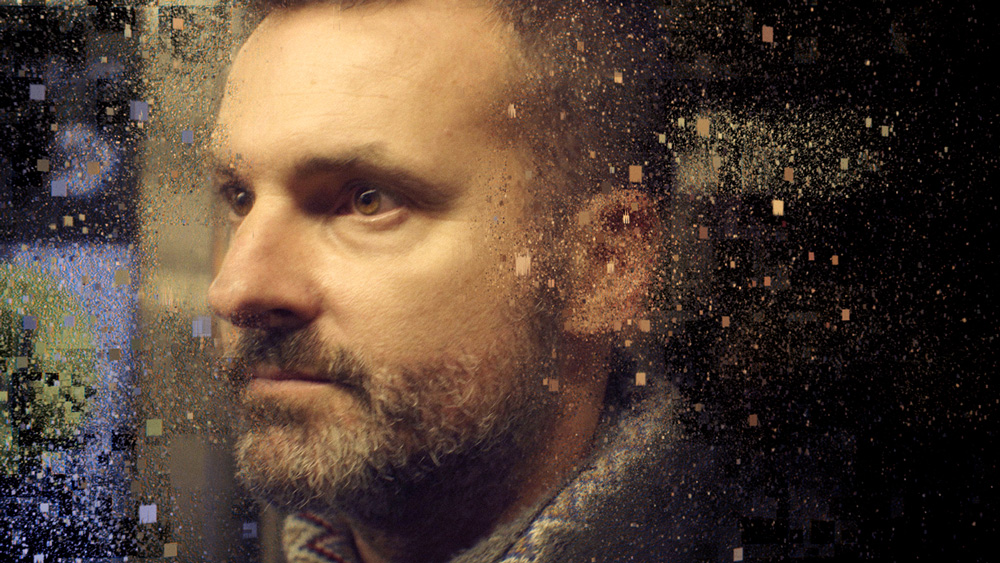 When the Cambridge Analytica scandal broke, many of us were alarmed to learn the extent to which we’d transformed from consumer to product in the digital age. Few of us, however, were inclined to take on those greedy behemoths mining our online data in the ravenous mode of the copper barons of old. Fortunately, there was David Carroll, an associate professor of media design, and director of the MFA Design and Technology graduate program at the School of Art, Media and Technology at Parsons The New School for Design. In other words, the perfect foil for Big Tech Goliath.

And in The Great Hack, the latest from Academy Award nominees Karim Amer and Jehane Noujaim (The Square, Control Room, startup.com), we’re given a front-row seat to the battle. The team follow this unlikely hero on his transnational quest for accountability—via a lawsuit demanding that Cambridge Analytica unmask the very source of its data.

Which is precisely why Documentary is honored to feature this voice for the greater good as our July Doc Star of the Month. (The Great Hack debuted July 24 on Netflix along with a limited theatrical release.)

DOCUMENTARY: How did you come to be involved in this film?

DAVID CARROLL: Karim Amer reached out to me and said he was following my Twitter about Cambridge Analytica. I had posted the response to my data request [Here's the original Twitter thread from March 27, 2017.], and it attracted some attention way back then. He told me about working on the movie. I told him it would be an impossible movie to make. He proved me wrong. Later I learned that Carole Cadwalladr [the British journalist who broke the Canbridge Analytica story] recommended that Karim reach out to me.

During the summer of 2017, Karim and Jehane started filming the initial interviews that allowed them to "get into my brain," as they described it. They said the opening sequence with the visual effects was their way of showing the audience what was inside my mind as they got to know me and my philosophies about the advertising industrial complex.

D: As for your mission of taking on Cambridge Analytica, did being followed around with a camera help, or hurt—or did it have no effect,?

DC: We had to be careful about the legal issues of filming a live legal case. We knew that our adversaries wanted to kill my lawsuit and the film. It all worked out in the end, and I'm grateful that they captured my journey because it resonates with people in ways that I never imagined. I hope it inspires other people to take on the bad guys in their own way.

D: Your opposite in the doc is Brittany Kaiser, an important figure at Cambridge Analytica until she turned on the company and revealed its inner workings. Did you have any contact with Kaiser during filming? Her motivations come across as perhaps less pure than yours.

DC: I met Brittany Kaiser for the first time at the Sundance premiere. We exchanged just a few words. She told me something really interesting—but I'll save it for my book.

D: Since you’re a Parsons School of Design professor, I’m curious if you see the doc as an educational tool.

DC: The effort started as academic curiosity, academic research. My students go off to work at companies like Facebook, Google, Amazon, Microsoft. My students have been offered jobs at Palantir and the CIA. I feel obliged to stay on top of what's going on.

Once I learned that I would have to use my own data to continue the research, it got personal. I hope other teachers will be able to use the doc to teach about how the adtech and political technology industries are interrelated—and how it threatens free and fair elections because democracy has been industrialized, internationalized and militarized. Also, it should teach people about data rights, data law, and the debate over data protection and data privacy. But someone else could make other movies about Cambridge Analytica/SCL because this movie really only scratches the surface. There's so much more to explore, reveal and say about this story.

D: Do you have any tips for those seeking to stand up to Big Tech? Anything you would have done differently?

DC: I didn't realize that UK lawyers would donate huge amounts of money to take on my case on contingency because they wanted to be involved and try to set the precedent. I think a lot of people are scared about the legal costs to take on massive forces, but if you're fighting for something new and original, it may not cost you a penny (or a pence!).

If I could do it again, I would have tried to mobilize a massive campaign to have many thousands of Americans also request their data and join a massive lawsuit. It's possible that I lost the final legal battle in insolvency court because there weren't enough claimants to beat out Emerdata, the holding company that paid for the wind-up and was Cambridge Analytica /SCL's largest creditor by far. In that way, they got away with it in the end. It shows that you can start a company, commit data crimes—and when you get caught, just go out of business and let the holding company take care of it. I think the Trump era is teaching us that white-collar criminals rule the world with impunity because the law has been set up to be completely deferential to business at the expense of democracies.

Tags:
Doc Star of the Month