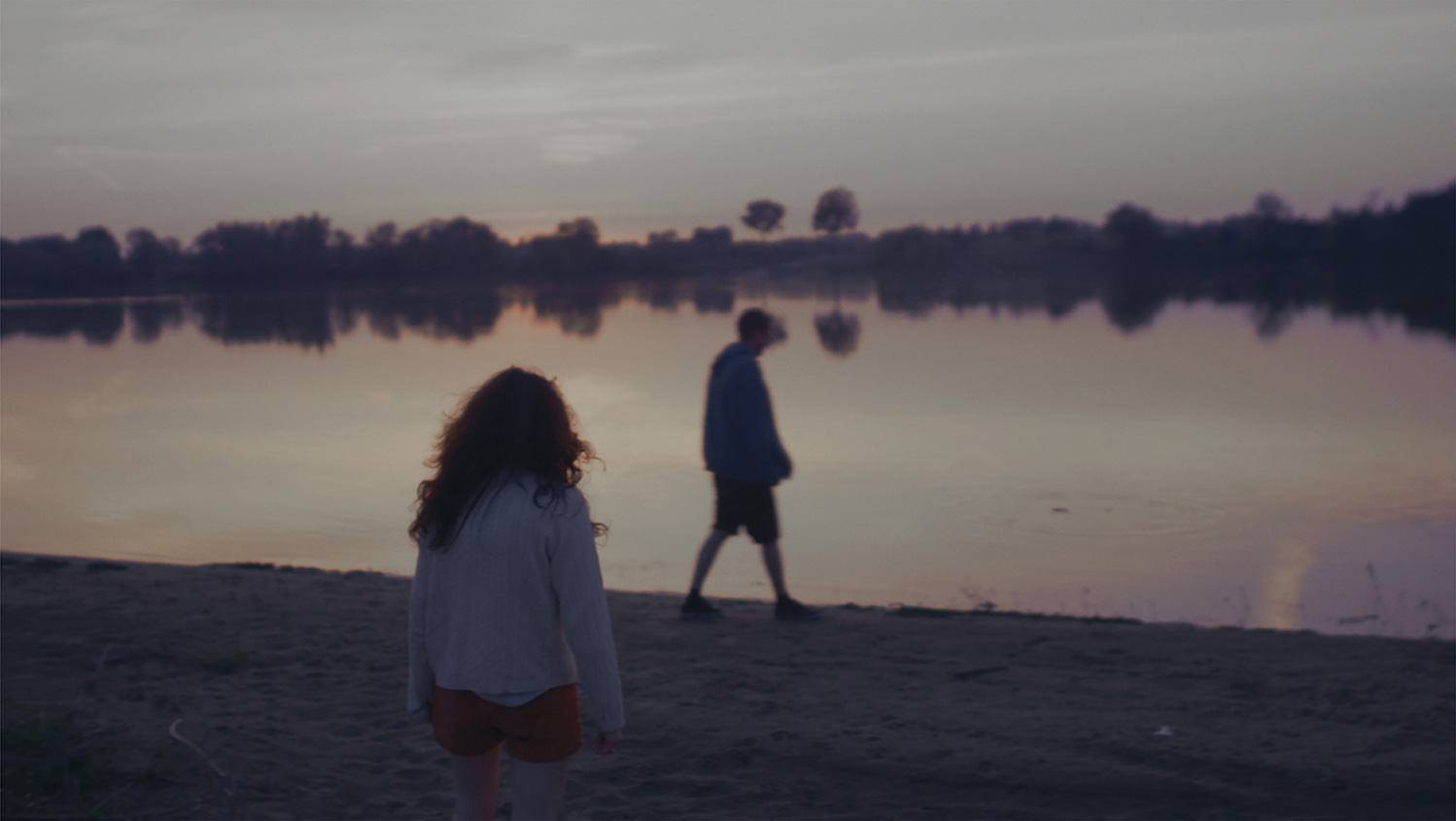 Described by The Guardian as “the world’s best film school,” the UK’s National Film and Television School runs more than 30 MA, Diploma and Certificate courses from its base in Beaconsfield, 25 miles west of London. The Directing Documentary strand is a veritable who’s who of British-authored documentary; its alumni include Kim Longinotto, Nick Broomfield, Molly Dineen and Sean McAllister. The Directing Documentary graduation films are always top notch, and dominate the student documentary awards landscape: when I was a judge for the student award for the Griersons recently, nearly every nomination ended up being a NFTS film. And across the pond, Jayisha Patel’s Circle won IDA’s David L. Wolper Student Documentary Award last year, and Jas Doyle Pitt’s Abrázame was nominated. Veteran documentary filmmaker Peter Dale took over the running of the course two years ago. I spoke to him recently about how he is shaping it to meet the changing demands of the industry.

DOCUMENTARY: Could you summarize in your own words what the NFTS approach is to teaching documentary-making?

PETER DALE: Well, it’s intensely practical. Over the course of two years, they probably spend a vast majority of those two years making films. The documentary students have four major projects. They also have modules that they take, like storytelling. I’m working on one at the moment about how to write commentary and why commentary is seen as being a sense of failure in a film and why that’s wrong. All those little bits in between are basically bolstering the key part of the curriculum, which is to make these four films.

D: How do the Directing Documentary MA students work with the other specialties at NFTS?

PD: We only have eight MAs in most of the disciplines. So there’s eight cinematographers in each year, and they’ll work with eight fiction directors in their first year and eight documentary directors in their first year and eight animation directors in their first year. There are eight composers and eight sound designers, and so you can see that every cohort gets to know each other quite well over the course. They’ll work with each other in different combinations. It’s peer learning in many ways, and they form relationships that don’t often exist for many, many years after they’ve left school...I’ve put a huge amount of emphasis on learning to collaborate, which I think is one of the hardest things they find to do, and their effect on their ability to collaborate and their learning about how to collaborate. There’s quite a big emphasis put on that part of it. I was initially surprised by how difficult they found it, but they do find it very difficult.

D: Is it difficult getting the balance right between them finding an author’s voice and learning how to collaborate?

PD: Yeah, a little bit. Getting that balance right is very hard. I think the larger question of balance overall has to do with the balance between finding your voice as a filmmaker and learning how the industry works. Traditionally, the film school was set up as a three-year course by Colin Young in the early ’70s for just a handful of disciplines to learn how to become filmmakers, become directors, become editors, become cinematographers. It was very much, Who are you? What’s your style? What’s your creative process? How do you enhance that? The support and the ethos of the school was basically to start people on the journey. What I think happened in the documentary area is that to some extent over the two years the students have been cut off from, or have not been encouraged to be interested in, the requirements of the industry that they’re going to launch themselves into after two years. They don’t know enough about how production companies work. They don’t know enough about how broadcasters work. They don’t know enough about funds, like the BFI or Doc Society or whoever else is funding documentaries in the independent world. They just don’t know enough about the day-to-day detail of that.

It was seen, I think, a long time ago as being possibly damaging to that process of becoming an artist and finding out who you are for the filmmaker. I think what I’m trying to do now is rebalance the course so that they are encouraged to play and fail safely within the confines of the two years, but also, we’re piquing their curiosity about what it is that they’re going to go into when they leave and how they’re going to earn a living.

D: You’re bringing some realism into it in terms of how they work within the industry once they leave.

PD: Yeah. Not to crowd them out, not to crowd out their creativity, but just to give them an underlying sense of what awaits them.

D: Can you talk a little about what you look for in applicants?

PD: Because it’s a Master’s, we don’t take people without an undergraduate degree unless they have worked in the industry for a while or they’ve been very active as an amateur filmmaker while pursuing other career paths. We’re looking for people with a few years on them, so I think the youngest I’ve seen is about 25, 26 years old. They range between 25 and 35 generally, around the midpoint 30. We want a few years on them, because the maturity of adulthood is a really key part of engaging contributors and subject matter and thinking journalistically about stories. You need to have done a little bit of real life in order to get the benefit of what we do.

The second thing would be a proven track record and passion for making documentary films. As you know very well, people can make documentary films very, very cheaply and very easily themselves now. I was making little documentary films and animations in my bedroom when I was 15. I’d save up each week for a roll of Super 8 film and all that. I think all that’s really important. The other thing is that people who have a genuine desire to go on this journey that is more than just learning how to shoot and record sound and cut. Those are what I call the kind of important but related abilities. The key ability is this ability to understand oneself and what one’s creative process is and why you are drawn to certain kinds of stories and material. If you’ve not prepared to go on that journey, then I don’t believe you’ll ever become more than a filmmaker who simply observes and tells stories. What we’re looking for is people who can bring a passion and insight to the contemporary world and help our understanding of what it is.

D: How important it is that applicants have demonstrated social awareness?

PD: I think if they’re not curious about the world, then we find that quite difficult. There are some people who come in, who apply, who’ve been knocking out corporate videos or NGO films or advertising, and they’re more interested in the craft than they are in the journey of discovery. That’s what we want. Curiosity and social awareness are key in that.

D: Can you just expand a little about how the changing landscape for documentaries in the UK is changing the way that you’re approaching the course?

PD:  Students don’t think in terms of television hours at all. They think in many more different formats. In terms of distribution, I think that they need encouragement to think about platforms that they wouldn’t normally have thought of, because they tend to think you’re either in the film festival circuit or you’re on TV. And so they’re waking up to the fact that there’s millions of different ways to get your film seen. We get people in to talk to them about how to be a curator of your own work and how to distribute it. That’s a key part of the second year for me is them beginning to understand, as I say, what the world is like when they leave there. Do I have to get a job working for the BBC or Channel 4? Or do I have to make a film that I fund myself and that goes to the festivals? It’s trying to introduce them to that new money, that new Wild West in a way that the digital platforms can introduce.

The other thing you may know about is this money that we’ve been given for the Immersive Storytelling Centre of Excellence. We’re doing a very practical thing where we built a lab where we invite filmmakers to come in to experience VR, AR, 360 content. Then we have a fund to try to help them build their projects. One of the key things is, How do you tell story in VR or AR? That’s a real conundrum, and that’s what we’ve got three years to try and work out.

Carol Nahra is an American professor, journalist and producer based in London.

END_OF_DOCUMENT_TOKEN_TO_BE_REPLACED

Get It Down on Paper? English Film Schools on Scripting for Documentaries

Driving Me Crazy: An Interview with Nicholas Broomfield