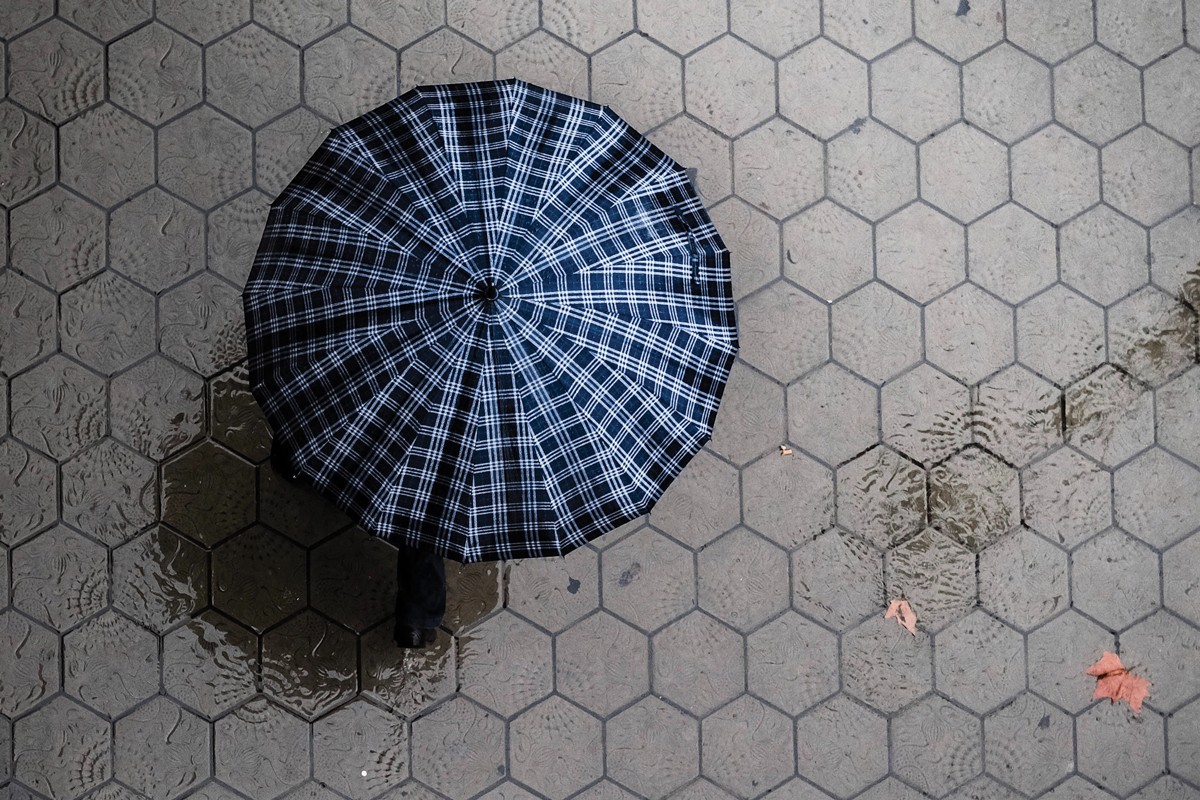 Lawyers from Franklin, Weinrib, Rudell & Vassallo answer frequently asked legal questions by documentary filmmakers. In this column, the focus is errors and omissions (E&O) insurance. Future columns will include questions about financing, production and distribution, and content.

What is E&O Insurance?

Documentary producers obtain various types of insurance to mitigate the risks of their productions and general operations. These policies include general liability, automobile liability, workers compensation, excess liability, accidental death and dismemberment and E&O insurance. Some policies are available on a production-by-production basis, while others may be obtained for a term, such as 12 months, that covers multiple productions made during that term.

E&O insurance covers claims relating to "errors and omissions" made by the insured during the course of a production. These claims principally fall into the categories of defamation, privacy rights violations, and copyright and trademark infringement. For example, if a filmmaker believes she is properly licensing material from a third party to include in her film and it turns out that the licensor did not actually hold the appropriate rights to make that license, E&O insurance would cover defense and liability costs in the event of a claim.

Who Does It Cover?

The beneficiaries of an E&O policy are specified in the policy and generally fall into two categories: "named insureds" and "additional insureds."

"Named insureds" include the production company and its officers and employees. The policy protects them from losses arising from their own acts and omissions.

"Additional insureds" get derivative coverage, often to back up a contractual indemnity from a named insured, to protect them from liability for acts or omissions of the named insured.  Additional insureds usually include distributors, broadcasters, exhibitors and the like who are not directly involved in the creation of a film or video but nevertheless may be held liable because of their participation in dissemination. Writers, directors and producers hired as independent contractors often are included here, too, although logically they're a better fit in the named insured category.

What Does It Cover?

E&O insurance covers out of pocket "losses" arising from certain types of claims associated with litigation (and sometimes pre-litigation) that fit within the monetary limits of the policy.

Covered losses include the insured's attorney fees and costs, payments made to settle a claim (if the insurer approves the settlement) and, in the event of an adverse judgment, payments made to a complainant in damages and attorney fees. Every policy includes a deductible (often called a "retention"), which are losses the insured is obligated to pay out before the insurer's obligation begins. This amount can be substantial—for example, $25,000 or $50,000. Every policy also includes a limit per claim, which is a cap on the insurer's obligation to pay. For example, a $1 million policy will cover losses above the deductible up to a policy limit per claim of $1 million.  After that, the insured is on his own.

Policies also tend to have a limit on losses "in the aggregate" in addition to the policy limit "per claim." A policy with limits of $1 million per claim and $3 million in the aggregate annually would cover, for example, six claims in one year in which the insurer pays out $500,000 each, but would not afford complete coverage for a single claim in which covered losses exceed $1 million.

What Does It Not Cover?

Apart from the deductible and losses that exceed the policy limit, E&O insurance doesn't cover claims that fall outside the defined scope of coverage, and the typical policy provides a detailed list of examples called "exclusions." First and foremost, E&O insurance won't cover the sort of conduct that isn't an "error or omission"—in other words, not an inadvertent mistake. Claims arising from fraudulent or dishonest conduct or willful violation of law are typically excluded.

Typical exclusions are the following: claims for patent infringement, unfair competition, deceptive trade practices, disclosure of trade secrets (or at least disclosure that doesn't occur in the film itself), consumer fraud, violation of state or federal regulations, and misstatements in financial reports or filings. E&O policies don't cover bodily injury or property damage, either, for which a producer should get separate coverage.

Some exclusions are less intuitive. For example, E&O insurance typically does not cover soundtrack recordings unless specifically added to the coverage. It does not cover obligations owed by the insured in the role of an employer. More generally, it does not cover liability for breach of contract, subject to limited exceptions.
An E&O policy can be cancelled by an insurer for various reasons, such as nonpayment of a premium or a material misrepresentation or fraud in the application process, or a change in circumstances that materially increases the insurer's risk.

Why Is It Necessary?

First, filmmakers should want to avoid economic disaster for themselves if a claim arises from the kind of mistake that E&O insurance covers. Undisturbed sleep is important. But even if not perturbed by that kind of risk, filmmakers usually have no choice: distributors, broadcasters and exhibitors won't accept a film or video in the absence of written proof that an E&O policy with specified limits covers them as additional insureds. The filmmaker may indemnify them contractually, but they will demand the added protection that an insurance company's assets provide.

Where and How Do You Get it?

To secure E&O insurance for a project, specialized licensed brokers will seek competitive bids from qualified insurers on behalf of the production company. It is important to speak with a knowledgeable entertainment insurance broker to evaluate different types of coverage available and obtain price quotations.

As a first step, a producer will need to submit a detailed policy application including an opinion letter from legal counsel. These documents will be reviewed by a lawyer for the insurer. Usually a week or two goes by before the coverage can be put into place—assuming the insurer accepts—so producers should allow sufficient time to satisfy delivery deadlines.

At What Stage of Production Should You Apply for It?

Many producers working on independent projects do not think about obtaining E&O insurance until they complete their production and are presented with a distribution agreement that requires it. Productions that are higher risk, whether due to controversial subject matter or a lack of specific authorizations from third-party rights holders whose material is included, should apply for E&O insurance as early as the budget allows. In fact, some networks, studios and financiers require that E&O insurance be put in place during development.

As soon as details of a project become known to third parties, either intentionally disclosed or leaked, there is a risk of a claim, and in the absence of E&O insurance, that claim could endanger further production. Projects that portray a real person or otherwise relate to a real person's life story are particularly exposed to this trap because in many instances, it won't be feasible to acquire express permission from that person, and filmmakers will rely instead on their rights under the First Amendment. But notwithstanding those rights, the depicted person may still bring a claim and if no E&O policy is in place, not only will the producer be on his own for defense and liability costs, but if the project does move forward, future claims relating to that complainant will no doubt be excluded from coverage.

Is a Lawyer Necessary for the Application?

The application for E&O insurance requires the producer to list the name and contact information of their media/clearance attorney and to certify that attorney as well as the producer have read and will follow the carrier's clearance procedures. Those procedures typically require that an attorney monitor the production and, at the editing stage, vet for potentially defamatory content, use of copyrighted third-party material not defended by fair use, and the use of individuals' names and likenesses and recognizable businesses and locations that might be actionable. Also, E&O insurance applications generally require an opinion letter from an attorney affirming that the film's title and use of content on a fair use basis is defensible.

What Does E&O Insurance Cost?

The cost of the policy will depend on a number of factors including the riskiness of the subject matter, the size of the deductible (a higher deductible reduces the insurer's risk and, accordingly, the price of the policy) and the monetary limits of the policy. A $1 million per claim policy ordinarily will cost less—if other variables are held constant—than a $3 million per claim policy.  As with most forms of insurance, the policy being offered with the lowest deductible and the highest policy limit is the most desirable from a coverage standpoint. However, the cost may be prohibitive compared to a policy with a higher deductible and lower policy limit.

A typical distribution agreement will require minimum coverage on an occurrence basis of no less than $1,000,000 per claim and $3,000,000 in the aggregate with a deductible of no more than $25,000, with a three-year term. It's usually the producer's obligation to pay the insurance premium, but it's not uncommon for the distribution company to advance this cost and then recoup it. The premium for that typical insurance policy will be $2,500 or more, depending on factors like the content of the film (investigative reporting, for example, generally presents more risk) and the amount of material being used without an express license from third parties who may claim to own it.

The authors thank Laird Criner at the Film Emporium brokerage firm for his insights.
(Please note: this column is not intended as legal advice. Individual circumstances always need to be taken into account. Please consult your lawyer.)

END_OF_DOCUMENT_TOKEN_TO_BE_REPLACED

Errors & Omissions & Rights, Oh My! A Guide to Protecting Your Film