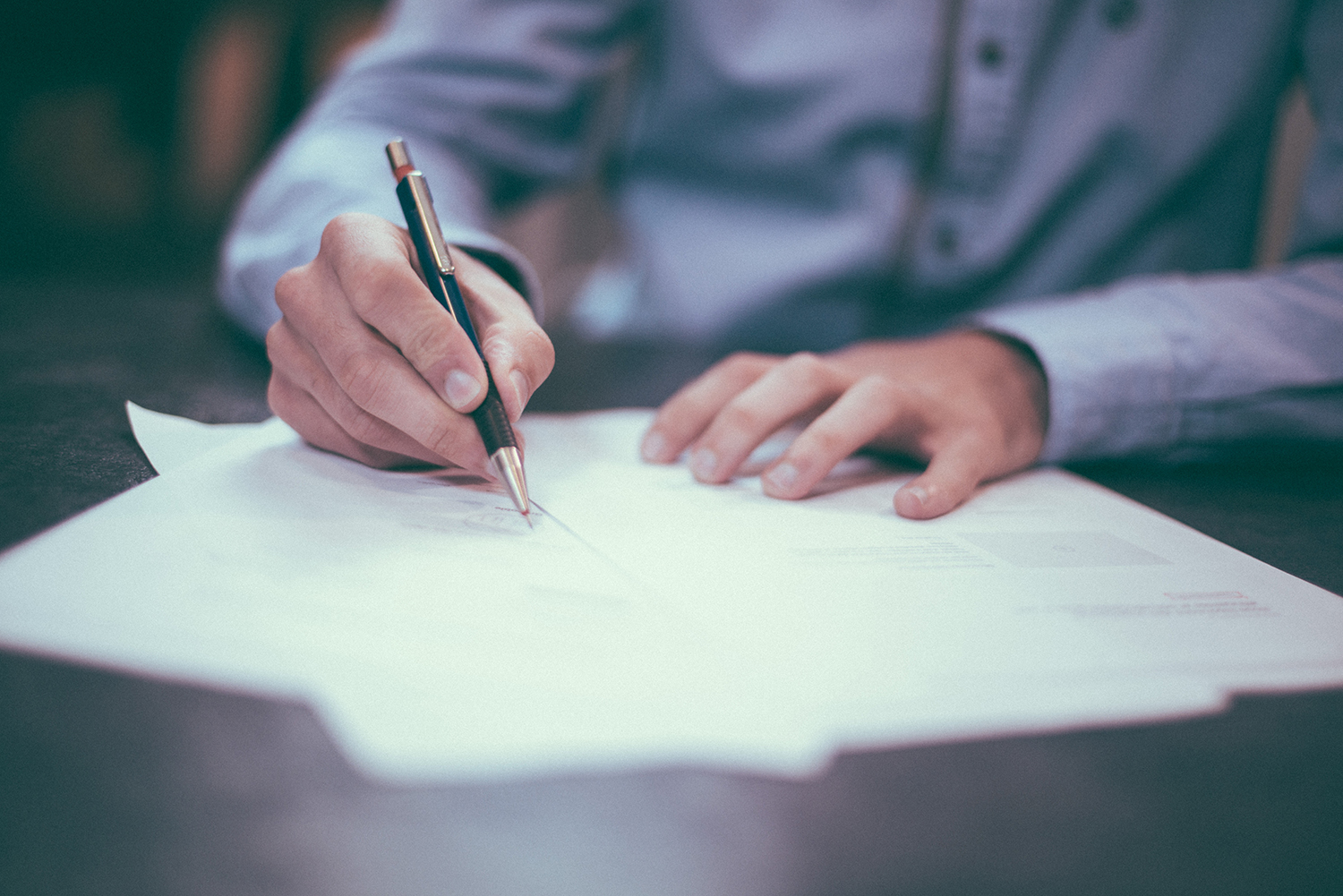 As attorneys at the New York City-based law firm of Franklin, Weinrib, Rudell & Vassallo, we work extensively with nonfiction filmmakers. In this new column, LEGAL FAQ, we will address legal issues of concern to the documentary community. To kick off this quarterly series, we will focus on music.

Why are licenses from both the record label and music publisher needed for each pre-existing musical work used in a film?

A musical recording contains two distinct copyrights: the copyright in the sound recording, indicated by ℗ (which stands for "phonorecord"), and the copyright in the song that has been embodied in that recording, indicated by © (which stands for "copyright"). The song consists of music and lyrics that can be written out in text and musical notation. The sound recording is a performance of the song that is captured on a hard drive or other storage medium, whether in a recording studio or live at a concert. Except in rare instances when no permission is required under copyright law (see the discussion of fair use below), a filmmaker must obtain rights under copyright for both the recording and the song before adding someone else's music to a film.

Rights in the sound recording: A rights agreement for use of a sound recording is called a "master use license" ("master" being music industry terminology for the final, fully-mixed version of a recording of a song). An unsigned artist usually owns his own masters and would be the one to ask for this license. If an artist is signed to a record label, the label generally owns the master and would be the contact for permission to use the recording in a film.

When a documentary filmmaker records a live musical performance, she is essentially making her own master and doesn't need a master use license. However, a license to use the song is still needed (and rights to the performance may be needed from the performers and possibly from their labels).

Rights in the song: A license of the song must come from the owner or administrator of publishing rights in the song ("publishing rights" being industry terminology for rights needed to exploit a song in various media, including films). Songwriters typically enter into agreements with music publishers that either acquire the copyrights or acquire exclusive rights of administration in a songwriter's catalog of compositions. A music publisher (or an agent of a music publisher, like the Harry Fox Agency) is typically where a filmmaker must go for rights. In order to use a song in a film, a filmmaker must obtain a synchronization license (called a "sync license" for short), which permits reproduction of the song in the film. The sync license should include a right for the filmmaker to exhibit the film in all media, including both performances before a "live" audience gathered in the same theater where the film is shown, and transmissions via television, the Internet and other types of broadcasts. Rights to use the song in advertising and promotion may cost extra. And if the soundtrack from the film will be released, those rights are also additional.

Unlike licenses in sound recording masters, which often are owned by one individual or company, publishing licenses are more likely to come from multiple sources because songwriters frequently collaborate and members of a songwriting team may be represented by different publishers. As a result, it may be necessary to contact multiple publishers to obtain the necessary permissions for a single song.

Given the many steps and costs involved in licensing music, filmmakers often choose to commission original music or license music from a pre-cleared music library, rather than go after a popular song. Factors like the budget for the production and whether someone else's music is an absolute necessity to satisfy a filmmaker's vision will help to determine the best approach.

Why is a festival license a trap for the unwary?

The right music cue can heighten the power of a scene, particularly when a current pop song or iconic oldie is loaded with emotional associations. For this reason, it's not unusual for a filmmaker to fall in love with a sequence that's been edited to that kind of accompaniment — at least until budgetary realities intrude.

Given the expense of licensing an iconic or popular song for a film (particularly for a low-budget film), a common shortcut is to obtain permission restricted to festival screenings. Record labels and music publishers will often grant festival rights for a budget-friendly flat fee. But this option should be considered strategically. There are several reasons why a festival license can be a trap for the unwary.

For many filmmakers, a top-tier festival screening serves as a marketing platform to showcase a film to distributors. Filmmakers hope that distributors will want to acquire the film after attending a celebrated festival screening before an appreciative audience. Prior to making an offer, however, a distributor will want to know whether the film is "delivery-ready," which requires confirmation that music licenses have been secured for distribution. When the interested distributor learns that the filmmaker has not cleared music beyond the festival circuit, it may raise concerns that the cost to deliver the film with essential music cues is prohibitive. Distributors understand that the time and expense required to physically replace an essential track with a lesser-known one may be considerable.

In addition to problems that arise when selling the film, a festival license often costs more in the long run than a license with broader rights, because the fee cannot be applied prospectively to a subsequent distribution license. When the time comes to secure music licenses for wider distribution, the filmmaker will be compelled to pay the fee in full with no credit for what already has been paid for the festival license.

In lieu of festival licenses, a better path is to secure music licenses for distribution at the outset. One less expensive option is a "step" license, which scales the fees commensurate with the scope of distribution for the film. With a step deal, the producer pays only for the actual use, as and when deployed, and will not be responsible to pay fees for unexploited distribution rights. The challenge with a step deal arrangement, however, is that major record labels and publishers are reluctant to quote license fees unless and until a film has secured distribution.

A personal appeal to the recording artist or his or her estate — particularly when the documentary subject aligns with the values of the artist — sometimes works, provided the artist can persuade the publisher and music label to reduce or eliminate fees. But perhaps the best solution of all for a budget-conscious filmmaker to acquire existing music is to hire a music supervisor to license songs that are budget-appropriate.

(Thanks to music supervisors Barry Cole, Jonathan Zalben and Jonathan McHugh for sharing their practical experience.)

Can music be included in films on a fair use basis?

The answer, in a word, is rarely. And, sad to say, there is no rule of thumb — like borrowing four bars is OK but five bars isn't. Fair use is more complicated.

Fair use is a small hole in the fabric of copyright protection. Copyright exists for the purpose of benefiting society by encouraging creative people to make new works. It does that by giving owners of copyright a monopoly in certain rights for a "limited term" (which, for current works, endures for the life of the author plus 70 years — not so limited).

Fair use exists because even during the term of copyright, society is benefited by giving teachers, journalists, critics, scientists and others, including filmmakers, the right to use others' copyrighted works without asking permission and without paying for the privilege. But given the framework that underlies the purpose of copyright, it shouldn't come as a great surprise that fair use is a very limited exception.

When it comes to music, that exception is even more limited than usual. Whether or not fair use applies in a given instance depends on four factors that apply to all sorts of borrowings, but are defined in ways that tend to leave out music.

The first factor is the purpose of the use. Commercial uses are disfavored, and so-called "transformative uses" are raised high. Whether a documentary film counts as a "commercial use" is not a settled question, but we know what "transformative" means: to qualify for fair use, the use has to serve a purpose other than the one that the copyrighted work originally served.

Music usually serves the purpose of triggering an emotion, like happiness or sadness, or of accompanying movement, be it fast or slow, as in dance. Why does a documentary maker put a piece of music in a film? Sometimes, as in a film about music, it's to criticize or comment on a piece, or make fun of it, as in a parody of the music itself. That's transformative. But more often than not, the documentary maker wants the music there to appeal to an emotion or accompany movement. That's not transformative, and the fair use factor rejects the use.

The third factor focuses on how much of the borrowed work is being taken. The measure isn't only quantitative (as in how many seconds compared to the length of the musical piece) but also qualitative (as in whether or not the "heart" of the piece is taken). Songs tend to be short, compared to, say, a novel or a feature-length film. A relatively large portion of a musical piece can be comprised by a relatively short taking. Also, the "heart" of a musical piece — the part with the greatest effect — is often the part of greatest interest to a filmmaker. The odds for fair use treatment are not good.

The fourth factor asks whether the particular kind of borrowing, if it became widespread, would undermine the economic value of the work for the copyright owner. If there's a structure in place for licensing the right that's proposed to be exercised on a fair use basis, that counts against fair use. The owners of copyrights in music — generally music publishers—and their agents, like the Harry Fox Agency, make it their business to furnish licenses for a price. The structure is there.

And not only is the licensing structure in place, so is the structure for policing infringements. Knowing that the fair use deck is stacked against use of music, publishers tend to enforce their rights. Both legally and practically, use of music in a film for any purpose other than criticism or parody, is usually not a good bet.

When can recordings of public domain music from more than a hundred years ago be used without asking permission?

The answer is, virtually never.

Although a musical piece that was first published more than a hundred years ago — or otherwise has entered the public domain — is free for the taking, a recording of a performance of that piece by a vocalist or a symphony orchestra or a banjo band or anyone else is virtually never in the public domain in the US.

So set aside recordings of "The Ride of the Valkyries," 17th century mandolin tunes and Gregorian chants — unless you plan on licensing them from their copyright owners. Alternatively, you could make a new recording of the public domain music yourself.

END_OF_DOCUMENT_TOKEN_TO_BE_REPLACED

The Ins and Outs of Educational Distribution