The School of Doc: The World's Premier Documentary Scholar Reflects and Revises 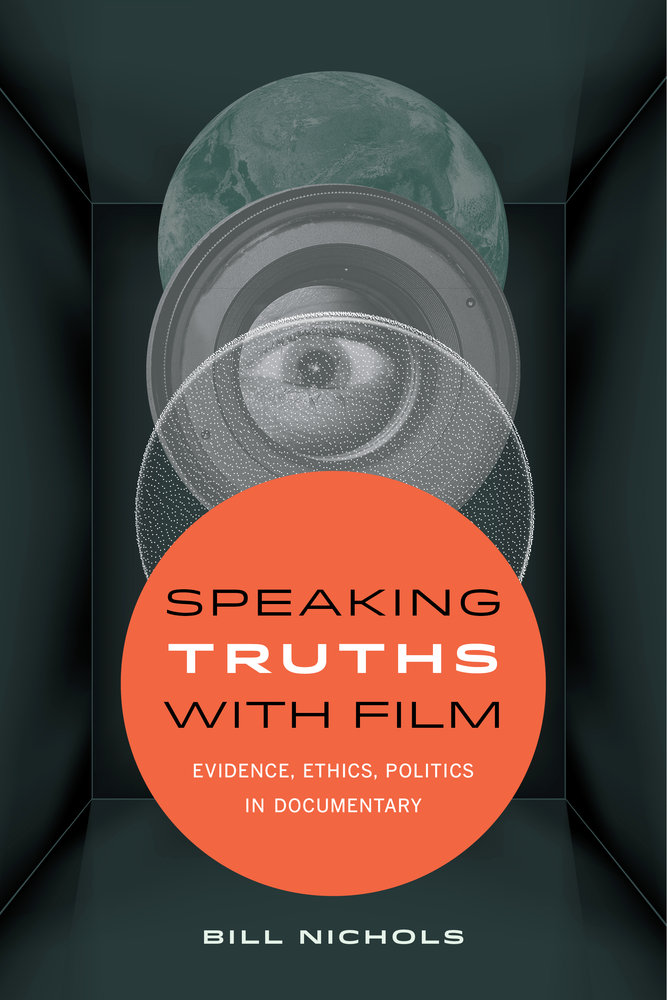 When film theoretician, professor, author and critic Bill Nichols comes out with a new book, we sit up and take notice. His ten previously published books form a comprehensive and engaging exploration of the genre. Representing Reality: Issues and Concepts in Documentary, published in 1991 by Indiana University Press, is perhaps Nichols' most widely referenced book by practicing filmmakers. The best-selling Introduction to Documentary, second edition, 2010, has become a staple text in college film studies programs. His "Documentary Modes of Representation," drawn from his book Axes of Orientation, are useful in helping instructors describe to students what they are seeing.

Nichols has written hundreds of essays and film reviews, but his ongoing teaching (he is professor emeritus of cinema at San Francisco State and a visiting professor of critical media practices at University of Colorado, Boulder), his consulting work with filmmakers and his blog (https://billnichols.net/) all demonstrate his active engagement with the ever-evolving cultural milieu we live in.

According to an entry in the Encyclopedia of International Film, "Nichols is arguably the most significant documentary scholar in the world. Given his pioneering role in international academic inquiry, it is unlikely that this judgment will ever need revision." While this statement may be true, it is Nichols himself who recognizes the importance that revision plays in the release of his new book, Speaking Truths with Film: Evidence, Ethics, Politics in Documentary. This volume brings together a selection of 18 previously published essays spanning more than 40 years—but they were not written in stone, for, as Nichols states in the preface, "The field has changed, and I have as well." He admits, "I've made no attempt to preserve the essays in their original form. I've taken liberties." Those "liberties" reflect not only an awareness of simple grammatical flaws in the work, but also a reconsideration of conceptual meanings when the inevitable advances of time and technology demanded it. The ultimate goal of producing a book of greater value to the field has been achieved because of Nichols' recognition of the necessity to reflect and revise.

The story that emerges from these pages, on one level, begins and ends in the same place. In 1972, Nichols submitted his master's thesis on Newsreel, the New York- and San Francisco-based leftist-leaning filmmaking group that covered the anti-Vietnam War movement, racism and civil unrest and produced one of the first feminist documentaries. (This thesis is available at https://billnichols.net/ma-thesis/, which speaks to its importance at the threshold of his career.) At the time, Nichols entertained thoughts of becoming a screenwriter, and his motivations were rooted in his political sympathies, rather than visual analysis. It was those same sociological, left-leaning inclinations that drew his attention to fiction film, when he focused on the concept of the "outsider" in works such as Easy Rider. However, it was the visual representation of meaning that gradually preoccupied him and drew his attention to the avant-garde and filmmakers like Antonioni, Godard, Truffaut, Fellini and Bergman.

Part I of this book, "Documentary Meets the Neighbors: The Avant-Garde and Fiction Film," while packed with historical referents, also resonates with an immediacy that helps us understand the hyperactive media environment we find ourselves in today. Pithy statements such as "Much can be documented, but most documents are not documentaries" can be viewed in a historical context of early cinema when we were infatuated with, and believed in the truth or "authenticity" of, the image simply because it existed. It also is an accurate critique of the more recent reality TV phenomena. Here Nichols introduces the importance of narrative. It is "narrative" that "imbues time with historical meaning. Narrative allows documentary to endow occurrences with the significance of historical events."

There is a fluidity in Nichols' writing that gently forces us to see the "blurred boundaries" (also the title of his 1994 book, a study of the "indeterminacies between historical and fictional representation") between all forms of visual expression. In reading these essays, one is often struck by how much is illuminated, not only within the boundaries of documentary film but into the historical, political, social and cultural world that provides the fertile ground where ideas take root.

Part II, "The Audio in Audiovisual," tackles what is often the weak link in documentary: the sound track. It is in this chapter that Nichols acknowledges one of his favorite documentaries, Errol Morris' The Thin Blue Line. Although released in 1988, "It is in many ways the voice of documentary today." He goes on to say, "Morris, in particular with his landmark film, expertly and powerfully coupled the anthropological and surreal impulses of early documentary with the rise of the sync interview in the 1960s to extraordinary effect."

In Part III, "Beyond ‘Just the Facts': Evidence, Interpretation and Social Context," Nichols' writing transcends the academic and for this reader, becomes transformative, a form of therapeutic knowledge. In the chapter "The Terrorist Event," he contextualizes 9/11 in a way that makes the inconceivable knowable, providing a vehicle for understanding what shaped our experience of this event, a process that may never end.

A natural follow-up to 9/11 is the chapter "A Case of Inadvertent Evidence," which analyzes the 2010 Tim Hetherington/Sebastian Junger film, Restrepo, which was "identified as ‘nonpolitical' because, unlike Why We Fight (Eugene Jarecki, 2005), Iraq for Sale (Robert Greenwald, 2006) or Taxi to the Dark Side (Alex Gibney, 2007), it claims no political position, casts no moral judgment, and advocates no specific course of action." Just the simple act of showing yields compelling evidence of the "sheer folly of it all."

In the section "Further Reflections: Notes on Trauma," Nichols returns to Errol Morris in an open letter that takes a very different position from the one he had taken on The Thin Blue Line. Subtitled "Feelings of Revulsion and the Limits of Academic Discourse," this section makes undeniably clear the scathing opinion Nichols has of Standard Operating Procedure, Morris' 2008 film about the torture that occurred at Abu Ghraib. At one point Nichols tells Morris, "I feel violated. I feel I am being shown terrible crimes against humanity and getting nothing back that helps me address the issues these images raise." He goes on to discuss Joshua Oppenheimer's much admired and awarded 2012 film, The Act of Killing, which Morris executive-produced, performing a compare/contrast as to why this film dealing with wartime atrocities works and why Standard Operating Procedure fails.

In the final section of the book, "Politics and the Documentary Film," Nichols returns to the question of the political, the motivating factor that in 1972 initially drew his attention to documentary. The first essay in the section looks at California Newsreel, the internal structure of this filmmaking collective and the films they produced. The last brief, but powerful chapter, "The Political Documentary and the Question of Impact," is a meditation on where we find ourselves today, the state of the documentary and of democracy itself. While Nichols acknowledges the "numerous, often terrific documentaries of recent years on the Iraq War, the Bush White House, the corporation as a psychopathic entity, the environment as an unfolding disaster, the global economy as sign of the end of the nation-state and the rise of transnational corporate hegemony, the terrors of a so-called war on terror, and the horrors of ethnic conflict and genocidal cleansings," he questions, "Are they as powerful an antidote as one might think? I often wonder." He goes on to outline his doubts about the ability of documentary films, singularly or collectively, to make the kind of "impact" that ignites the groundswell of reform activity we experienced in the 1960s. Part of the problem he attributes to the term "impact" and its assessment, which has become ubiquitous in the funding world of documentary film. Rather than finding ourselves trapped by the confines of the "social impact metrics movement," Nichols encourages those who have some say in the making of film to "treasure and fund genuinely political documentaries that rely on the art and craft of filmmaking to move us in those mysterious, unfathomable ways great works always do." This is the kind of "impact" that is immeasurable.

END_OF_DOCUMENT_TOKEN_TO_BE_REPLACED

Tracing the Evolution of Documentary

What to Do About Documentary Distortion? Toward a Code of Ethics