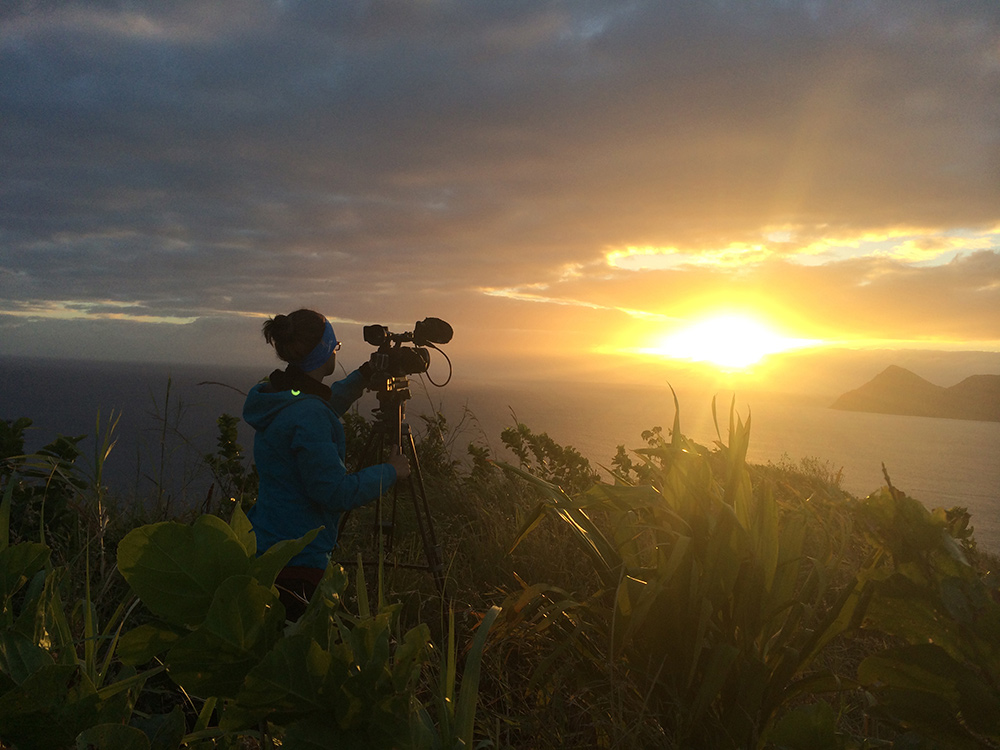 The School of Visual Arts in New York City launched its Masters of Fine Arts in Social Documentary in 2009. Now in its seventh year, the program, which was founded by filmmaker Maro Chermayeff , offers students a place to really focus on documentary right in the heart of New York City.

Originally established in 1947 as the Cartoonists and Illustrators School by educator Silas Rhodes and Tarzan illustrator Burne Horgath, the name was changed to the School of Visual Arts in 1956. This reflected the guiding philosophy—and evolving curriculum—that art encompasses a lot more than technique alone: Learning to be an artist requires more than mastering a trade.

By 1978, when Rhodes' son David took the helm as president, the School of Visual Arts had been accredited to confer BFAs in film, fine arts, media arts and photography. In 1983, SVA offered its first MFA degrees. Some 20 years later, Chermayeff received a phone call from Steve Heller, art director at The New York Times and a member of the graphic design faculty at SVA. Heller told Chermayeff that Rhodes was interested in developing a master's program in documentary and asked if she would be interested in coming in to "spitball some ideas" with the president.

Chermayeff was game. The filmmaker, whose numerous credits as producer include The Kindness of Strangers (1999), Marina Abramovic: The Artist Is Present (2012) and Half the Sky (2012), had also taught at NYU Film School in the 1990s, where Brett Morgen (On the Ropes, 1999; The Kid Stays in the Picture, 2002; Crossfire Hurricane, 2012; Kurt Cobain: Montage of Heck, 2015) was one of Chermayeff's students. "I had the chops for teaching," recalls Chermayeff. At the time she says she was too young to consider halting her film career to go on the tenure track. "I really wanted to stay where the majority of my energy was going toward building my career and doing my own work," she says. "I wasn't going to trade it out to get tenure. It really was that crossover in '99 when I was doing Kindness of Strangers, which was mostly shot in Nebraska, that I was gone so much, as doc people often are, and you're kind of covering your classes. It was like, I'm not really in New York enough to be fair to my students, so I sort of transitioned out."

The meeting with Rhodes evolved into a working relationship where Chermayeff was brought on as a consultant to develop the Social Documentary Department. Rhodes then asked her to work on getting the degree accreditations from the State of New York. "All along I was thinking, I'll pass this on and someone wonderful will run this department," says Chermayeff. Then Rhodes asked her if she would like to be chair. "David said, ‘You've built this program, you've designed this program, you've helped me accredit this program. Why don't you just make this program your baby?'" 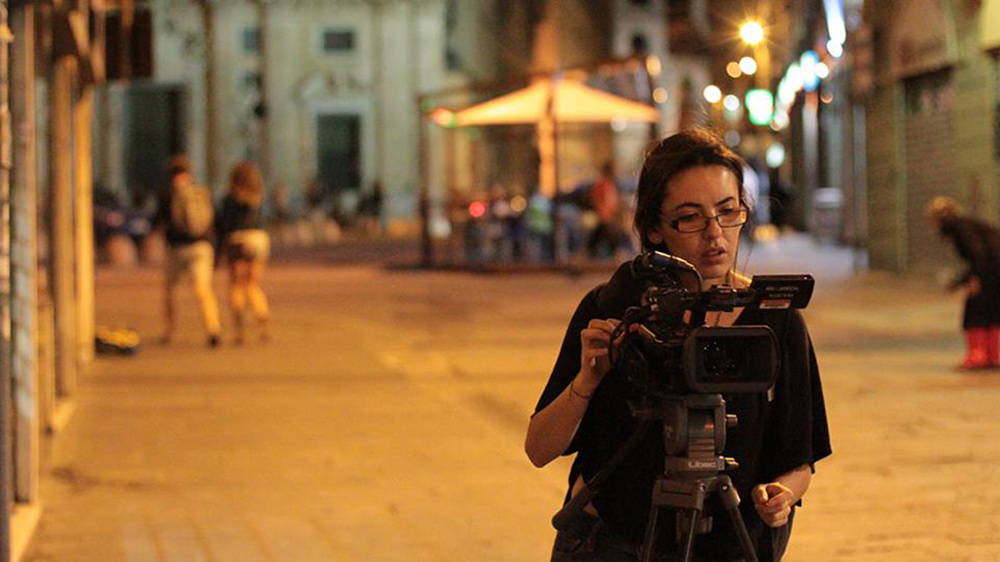 Chermayeff spent about a year and a half developing the program before any students arrived. While she is the founder and chair of the Social Doc program, she gives a lot of credit to colleague Deborah Dickson (Another Day in Paradise, 2008; Ruthie and Connie: Every Room in the House, 2002; Lalee's Kin: The Legacy of Cotton, 2001), who helped shaped the program. "Deborah, who is a wonderful filmmaker and a great friend, was in there from the very beginning with me," Chermayeff says. "She has been part of the department and at the heart of really collaborating with me on what the big ideas would be."

At the core of the Social Documentary program—and SVA as a whole—is the idea that classes are taught by New York City-based working professionals, a tradition that goes back to the early days of the school. "One of the great things about SVA is that all faculty members are on their A game, in the middle of their careers," says Chermayeff. "You're learning from people who are in the midst of working. In fact, a critical part of this institution is that the faculty is a vibrant and critical member of this film community." Her colleagues include Alan Berliner, Ross Kaufman and Tom Hurwitz. Thom Powers, founder and creator of DOC NYC, teaches producing, and SVA is the "academic arm" and official partner of DOC NYC.

When asked about the philosophy of the Social Documentary program, Chermayeff reflects for a moment. "It's not a think tank, it's a ‘make tank,'" she explains. "There is never a point in the program where students are just listening. There's always an assignment. Students are making a film in every minute of their two years in the program." Projects include a process film, a Metro film, a client film and an essay film.

In year one, students go through a progression of different types of process films. The first process is a city symphony, which Chermayeff describes as "a very classic neighborhood film." Using New York as a playground, students are assigned to neighborhoods such as Brooklyn, the Financial District, the 59th Street Bridge, etc. "The assignment is to do a completely visual portrait of a neighborhood without sound," she says. "Students can add sound and music later. It's a very classic project—probably inspired by DA Pennebaker's Third Avenue El in Daybreak Express [1953], which is a really great place film."

Next is a process film—something that has a "beginning, middle and end." As Chermayeff describes it, "People can go really out of the box." The parameters are that you have to have access to whatever it is you're going to shoot and the film must completely fulfill the arc of a process. Students must do a major interview and cut that into the process film, be it voiceover or on camera. 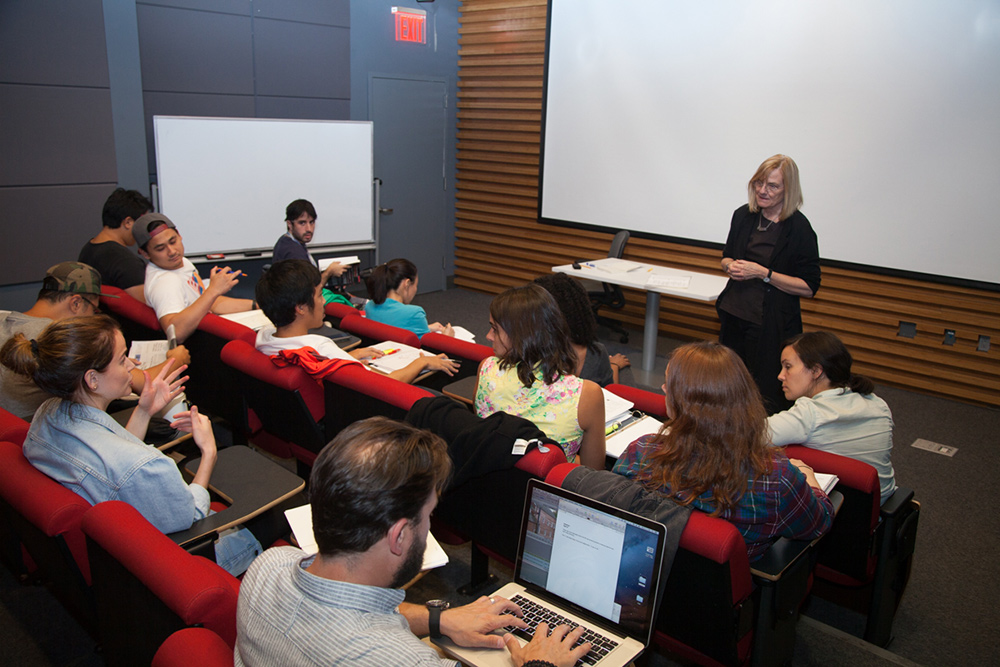 The Metro film, which is also done in the second semester of the first year, takes a page from The New York Times. Students will tell a story of something that is happening in New York. "The Metro film is literally designed for students to take The New York Times Metro section, open it up and find a story," says Chermayeff. Conceived like an Op-Doc piece, this project is supposed to be a 12-to-15-minute film about something that's going on in New York. "It's a bit of a teaser," says Chermayeff as she reveals that a number of students have had such a successful Metro film that they actually spin that into their thesis film.

Year two is devoted entirely to a thesis film, which students begin to pitch in year one. (Students spend the summer between their first and second years shooting the thesis film and devote the entire second year working on that one film). "They still have class time and editorial discussions but they're working entirely on that one film," says Chermayeff. "And that has reaped enormously successful films: Films that are bought by ITVS at rough cut, tons of Princess Grace [Award] winners every year, and getting grants and funding from the Ford Foundation."

Chermayeff adamantly believes students should possess the technical skills to be able to achieve their creative vision. "Students shouldn't be hindered because they don't know how to operate the Avid or use a particular camera," she says. When Chermayeff and Dickson were developing the curriculum, they immediately separated the labs from core classes. Students go through boot camp with lab and tech advisors to master the technical side of film production. "I felt that when you didn't do that, you spent all of your time talking about what button to push on the Avid instead of these incredible ideas about editing and whether or not something is a good cut," Chermayeff explains. "We make sure that everybody gets to the point where they can execute their creative vision at the speed at which they're thinking editorially."

But it still comes down to story, says Chermayeff. "You've got to have a great story. Not every idea is a film. You can read a great story but it's not a great film. You have to learn the difference." To that end, story development takes place everywhere: in directing, editing and producing classes, including a course called "Visionary Journalism," where students grapple with journalism, reporting and documentary filmmaking, including documentary ethics. Students are also working on story and pitch ideas in this class.

When students come to Chermayeff with a film idea, she is up front about what works and what doesn't. If a student says they want to make a film about broad topics such as Africa or World War II, she'll tell them to "drill down" to find the story. "I'm a little bit of the tough-love person," Chermayeff admits. "People think I'm very funny, but I'm very straightforward. If a student says, ‘I want to make a film about the environment,' I tell them that's the kiss of death in a documentary. Let's get a little tighter and tell me who's the hero of the story and what's going to happen."

On the question of what students do after they graduate, Chermayeff describes the variety of paths students take. "Many of them are nursing their thesis film through that year's festival circuit." The list includes such films as Bao Ngyuen's Live from New York!, which premiered at Tribeca in 2015. "A lot of them are taking ‘track positions,' as I call them—either an editing, producing or camera position, and really doing that track. Others go on to work at production companies or AP for unscripted shows such as This Is Life with Lisa Ling or Anthony Bourdain: Parts Unknown while working on their own films. "Several of them have joined together and created their own companies, which I love. Some are teaching in my department doing the camera labs. The camera lab is actually being taught this year by alumni because we finally got enough great alumni."

Seven years after the launch of the MFA Social Doc program and five years after the first graduating class, alumni are making their way in the New York doc community and beyond. And this is a source of great pride for Chermayeff. "For me, a lot of what comes from graduate school is not just this free time to do your own work and think about what you're doing in a really creative way," says Chermayeff. "It's also about your colleagues and your faculty. Your relationships continue on after you graduate. I think a very important part of graduate school is the community that you build that goes on to be the next generation of filmmakers."

To learn more about the program, visit mfasocdoc.sva.edu.