'The Territory' Strikes a Balance of Filmmaking Power 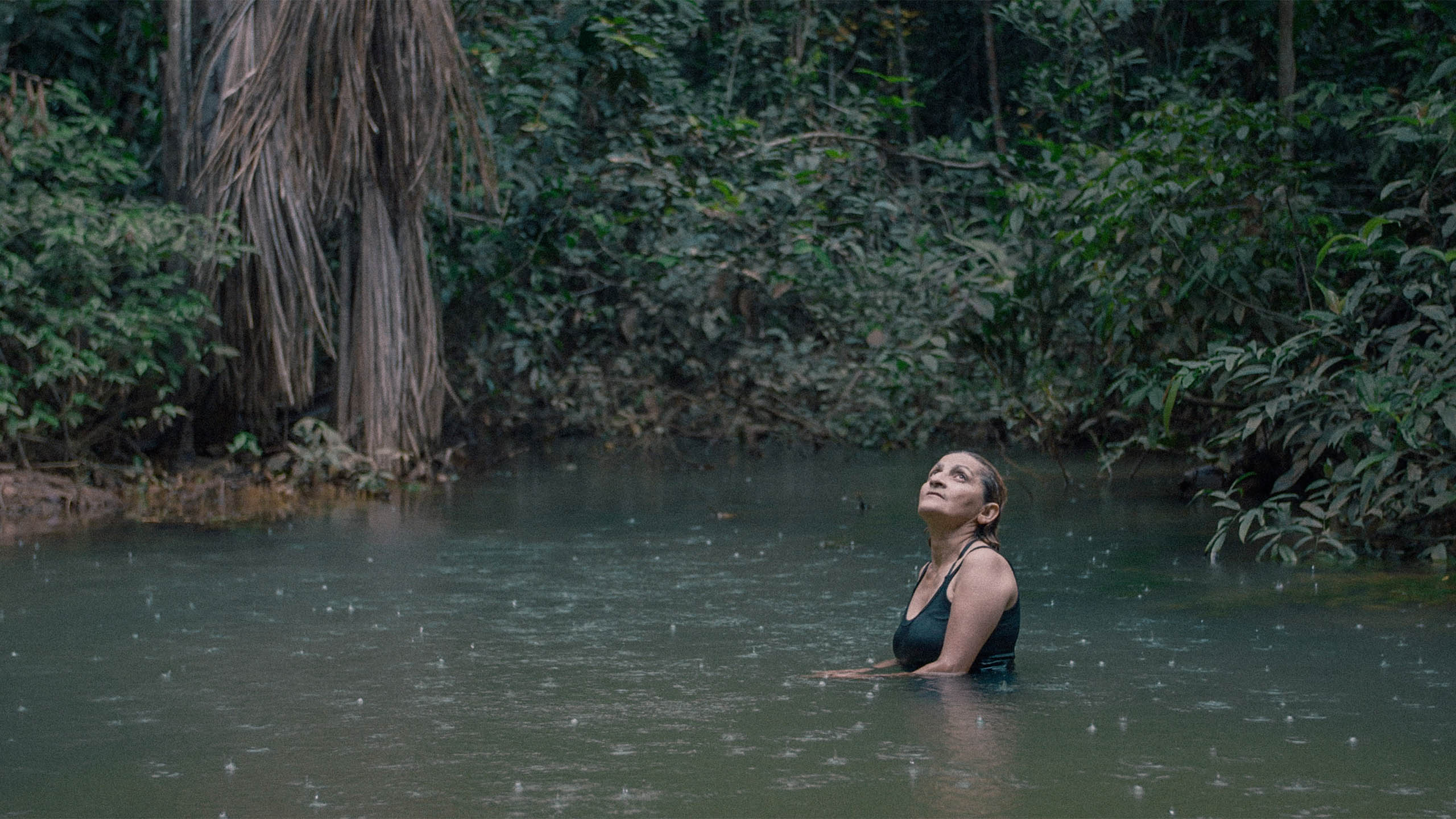 Filmmaking is a collaborative endeavor, but it can be highly hierarchical. In documentary cinema, the asymmetry of power is often particularly acute when Western filmmakers engage with global communities. A sensitivity to such asymmetry was therefore paramount to the filming of The Territory (2021), which the American director Alex Pritz made with the Uru-eu-wau-wau people in the Brazilian region of the Amazon Forest.

The collaboration, brokered by local activist Neida Bandeira, or Neidinha, who’s featured in the film, stems from the Uru-eu-wau-waus’ desire to educate and recruit international allies. “If the Indigenous people were to rely on the Brazilian government, we would never get anywhere,” maintains the film’s cinematographer, Tangãi Uru-eu-wau-wau, in a phone interview,  referencing decades of advocacy, land-grabbing and murder of Indigenous peoples, fueled by the BBB (“Boi, Bala e Biblia”—“Cattle, Bullet and Bible”) lobby, with the support of Brazil’s right-wing government. But, Tangãi goes on to explain, the Indigenous community recognizes that the land-grabbing is only half the story. The crucial missing link in the economic supply-demand chain lies in Europe and the United States, where the sales of Brazilian meat and leather have risen. As Tangãi explains, “We realize that international buyers don’t always have the full awareness of how their purchases affect the Indigenous territories—they may not know that their meat or soy comes directly from the Indigenous land, on which we depend to sustain ourselves.” For this reason, the Uru-eu-wau-wau seized on the foreign film production to broaden their awareness outreach.

In Brazil’s long documentary tradition, some of the most daring films—Jorge Bodanzky and Orlando Senna’s Iracema–Transa Amazônica (1974) and Andrea Tonacci’s Serras da desordem (2006), for example—have depicted illegal invasions and devastation of the Amazon, and murder and forced deterritorialization of Indigenous peoples. More important, video-workshop initiatives, such as Video nas aldeias [Video in the villages], created in 1986, have contributed rich archival materials, with Indigenous directors filming in their communities. Indigenous art and film activists have also raised awareness of Indigenous ecology and challenged structural injustices.

The Territory builds on these local paradigms. Prior to the pandemic, Pritz and his team brought in equipment and conducted workshops on story-building, cinematography and editing. He recognized that the collaboration with the Uru-eu-wau-wau needed to start at the decision-making level: The documentary counts Hollywood director Darren Daronofsky and Brazilian photographer Gabriel Uchida as producers, but also two Uru-eu-wau-wau members, Potei and Tejubi Uru-eu-wau-wau, as executive producers. Tangãi Uru-eu-wau-wau and Pritz also share credit for cinematography: Once the pandemic hit, Pritz decided not to enter the Uru-eu-wau-wau territory; workshops needed to move online, equipment was delivered via contactless drops, and Tangãi and his team were the only ones filming in the village.

Cinema’s appeal is twofold: Its surveillance potential makes it essential for demarcation, vigilance and protection. In this sense, the camera’s function as a tool of policing gains a new political agency when used to defend Indigenous territory. But cinema is also an inter-relational mode of storytelling: Beyond the documentation of territories, boundaries or bodies, it provides the means to build and expand a network of affective and strategic alliances.

The production involved working in teams—some developing storylines, others filming. Key decisions on how to structure and promote the project were made communally among 200 Uru-eu-wau-wau members. For example, in the Uru-eu-wau-wau tradition, the deceased are buried with their possessions, and their images are rarely shown; family members and Potei and Tejubi Uru-eu-wau-wau discussed whether to present images of the slain leader, Ari Uru-eu-wau-wau (they were eventually included). 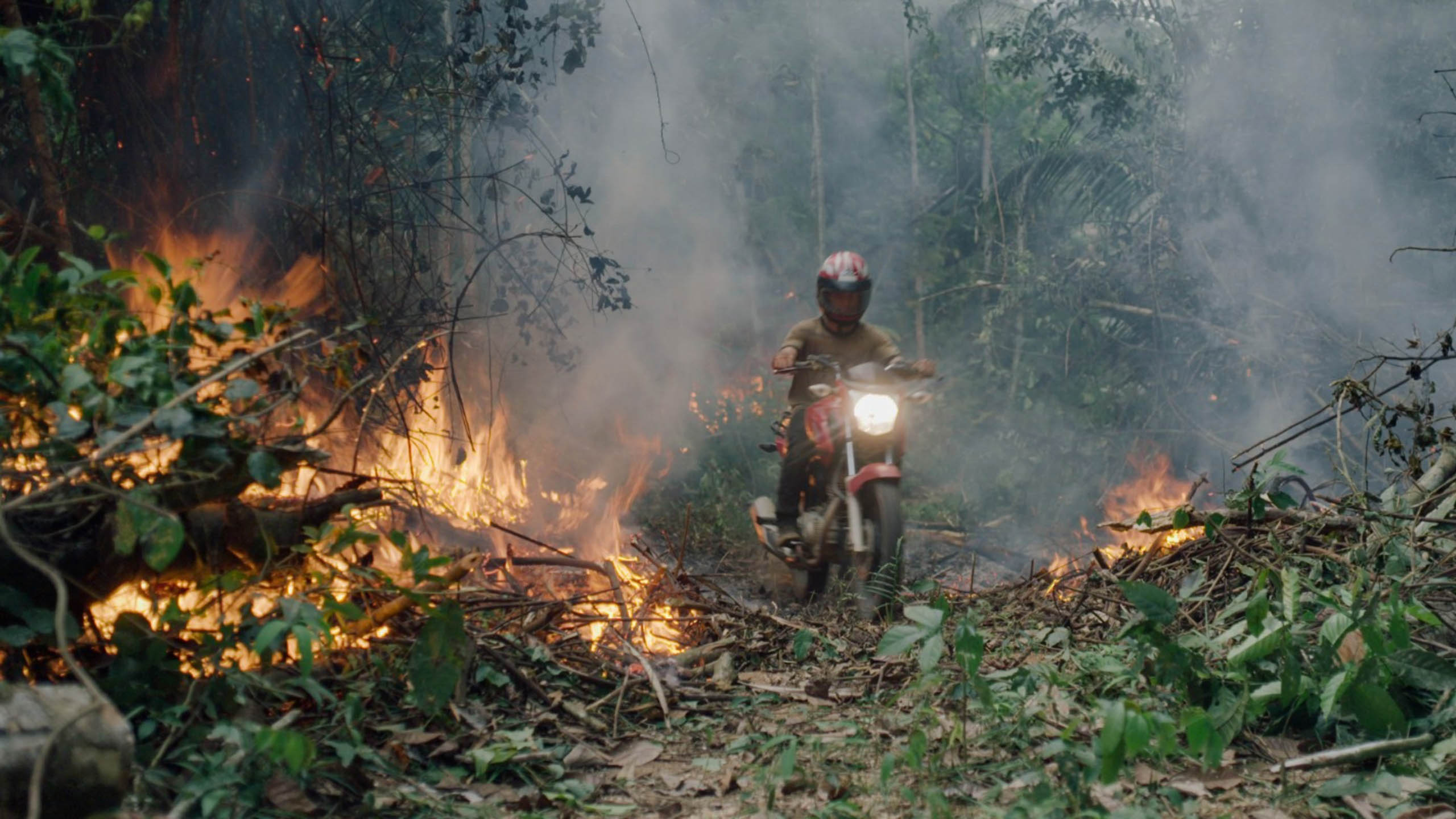 The Territory depicts Uru-eu-wau-wau’s efforts to document the invasions and invaders—a difficult and often dangerous task. It also captures the site of the murder of Ari Uru-eu-wau-wau, the threats against Neidinha’s family and the village, as well as the worldview of the aggressors. The latter came out of discussions between Pritz and the Uru-eu-wau-wau, who saw the documentary as an opportunity to expose structures of oppression. Journalistic coverage of land grabs has produced media fatigue, but no structural change. The process is exacerbated by Brazil’s bureaucracies. A number of Indigenous territories have not yet been recognized; others, such as the Uru-eu-wau-wau’s, are officially protected, but lack of enforcement emboldens invaders. The Territory drives this point home in a brief-yet-crucial scene, in which the Uru-eu-wau-wau and Bandeira contact Fundação Nacional do Índio (FUNAI), the governmental agency for the protection of the Indigenous rights, and are told their proof of invasion isn’t credible. “The little support we have comes from FUNAI or federal police, but it would be very difficult for us to count on FUNAI’s protection at this moment,” Tangãi comments. “From what we see, there are too many people working in the interest of large cattle farmers and agribusiness producers.”

The invasions captured by Pritz bracket Uru-eu-wau-wau’s stories; the film opens and closes with the images of the Amazon forest being chopped down, to the sound of electric chainsaws and machinery clearing out vast areas for cattle and farming. The documentary stresses the sensory element with Katya Mihailova’s entrancing electronic score and Pritz’s evocative cinematography. But the Uru-eu-wau-wau also suggested that Pritz engage invaders in direct dialogue. In this sense, the Uru-eu-wau-wau recognize that to de-center narratives about land, territory, ecology, property and use, they must expose the Eurocentric mindset. To this end, Pritz follows a local farmers’ association, led by a man identified as Sergio. In interviews, the farmers evoke the first colonizers on Indigenous land (bandeirantes), Biblical references (BBB has a large evangelical base), and demands for land distribution.

Pritz writes via email that he was struck by the way in which farmers framed Indigenous territory as uncultivated land being wasted—a discourse linked to the notion that Brazil’s progress depends on its opening for exploration, whose long history traces back to creation of the Trans-Amazonian Highway in 1972. “Through conversations with the elders in the Uru-eu-wau-wau, I grew to understand that for them even the idea of a demarcated territory was initially a foreign concept,” Pritz explains, noting that the community’s relationship to the land was much more fluid prior to the arrival of colonizers. “While in the forest, directions and position could be determined in relation to the sun, or even a sound. There were no limits placed on the land they inhabited. Now, surrounded by private property, in order to protect their land they are forced to demarcate it, define boundaries around it, and quantify it in Western terms. When I look at Sergio with his hand-drawn maps of the land he wants to sell within Indigenous territory, I see the right angles and geometric XY coordinates as a visual symbol of the capitalist framework being imposed on the land and the people within it. Sergio's argument that he and other settlers deserve the land because they will ‘use’ it, echoes the language used to justify the first enclosures in England and the initial creation of private property. ”

While the settlers, as Pritz writes, “weaponize the ideas of objectivity and empiricism,” the Indigenous peoples come to rely on methods such as film footage to document the boundaries of their remaining territory and to document the invasions. In this sense, cinema functions as evidence, a counter-truth to combat the false mythologies, spurious cartographies, and other documents furnished by the invaders. As Pritz writes, “I was intrigued to learn the term 'griliero' [illegal settler] means cricket, derived from the practice of creating fake maps by taking false documents and aging them in a box with a bunch of crickets who would walk around and stamp and poop on them to give the documents an authentic look. Nowadays, much of this happens with GPS and more advanced computer systems, but the practice remains the same.”

Uru-eu-wau-waus’ objectives for their awareness campaign are two-pronged: First, stem the influx of the invading farmers. The film has succeeded in pushing back Sergio’s association, which came under scrutiny after the Uru-eu-wau-wau’s filming gained media attention, and local politicians withdrew their support of the association’s efforts to gain legitimacy in the judicial system. But, as Tangãi and Pritz stress, there are an endless number of such associations throughout Brazil, with varied degrees of success. In many cases, small grileiros merely pave the way for large cattle owners. In efforts to evade international regulations, small ranchers grazing their cattle on Indigenous land sell it to larger ranches that then pass off their meat products as meeting environmental guidelines. For this reason, the Uru-eu-wau-wau direct their awareness campaign at international consumers—and the global conglomerates that sell to them. Indigenous leaders and filmmakers are also part of an extensive activist network that fights legislative proposals in Brazil, such as Marco Temporal, which will be assessed by the Supreme Court in June 2022. The proposal states that Brazil’s Indigenous peoples have the right to only those lands that they actively occupied in 1988—the year that Brazil’s Constitution ratified Indigenous rights to their territory. This is a legal argument that places the burden of proof on the Indigenous peoples and would effectively dispossess them of territories in the Amazon.

As an impact campaign, the project, funded in part by Doc Society and Luminate, and acquired by National Geographic, has its impact-sponsors’ commitment to reinvest the proceeds from the sale of the documentary into the impact campaign. According to Pritiz, “Associação Jupaú [the Uru-eu-wau-wau Association] and Kaninde [Neidinha's NGO] will receive direct profits from the film sale equal to the other production companies on the creative side." The proceeds will go towards a media-and-film center, to be built on the Uru-eu-wau-wau territory. In the future, the center is to ensure that Tangãi and others can continue to train their community in cinema, in order to both document their cultural and spiritual practices and territories and develop further activist approaches. Tangãi Uru-eu-wau-wau maintains, “Our objective is to teach others to dominate the cinematic language the way I learned to dominate it, to have the men and women in our village produce our own material, and for our struggle against the invasions to be seen and recognized by the rest of the world.”

Ela Bittencourt is a writer and critic based in São Paulo. She contributes to Artforum, Film Comment, Frieze Magazine, Hyperallergic, and Sight & Sound.

END_OF_DOCUMENT_TOKEN_TO_BE_REPLACED

'The Edge of Democracy' Tracks Brazil's Slide to Fascism

Palafitas Rising: 'Bay of All Saints' Profiles a Resilient Community in Brazil