Last June, visitors to the Human Rights Watch International Film Festival at New York’s Walter Reade Theater in Lincoln Center were presented with a choice: turn left and watch a film projected on the traditional big screen, or turn right into the Furman Gallery and log on at a computer screen and watch the short films inaugurating the “Media That Matters Online Film Festival,” sponsored by MediaRights.Org, the social issue support group.

The on-line festival at www.mediarights.org hosts 12 short films and PSAs, produced by filmmakers, students and media activists throughout the United States. And though this festival doesn’t feature the glamour, not to mention the weather, of Cannes, Deauville or the Hamptons, it does hold the promise of being seen by a lot more people.

The 12 films focus on a number of issues, including racism at a small-town highschool, artistic censorship, workplace health hazards and teen suicide. A 56K Internet connection or faster is needed to view the films, while the rest of the MediaRights.org site can be accessed through slower connections.

“We wanted to create something more dynamic than the traditional online film festival with the passive viewer,” says Festival Coordinator Jessica Hirsch. “We have designed what we call ‘stream, click, action,’ a multi-functional interface that allows viewers to simultaneously watch films and take action on the issues that move them.” In other words, once a film has delivered its message, inspired viewers can click on a link and go immediately to the relevant advocacy group involved in the topic and donate their time or money, or simply learn more about the subject.

So far, according to MediaRights.org., the site has received nearly 4,000 visitors, but information on what percentage watched the films was unavailable. What is known is the enthusiasm media professionals have for the site and its potential. “It used to be so hard to find documentary films,” says Barbara Abrash, associate director at the Center for Media and History at New York University in a testimonial listed on the site. “Now, with MediaRights.org I can go to one place to find social issue documentaries.”

Launched in July 2000, MediaRights.org was founded by New York-based filmmaker Julia Pimsleur “I came to filmmaking as a way to communicate issues,” says Pimsleur, who runs Big Mouth Productions with her friend Katy Chevigny. The pair produced a number of social issue documentaries, including Innocent Until Proven Guilty, Nuyorican Dream and Brother Born Again. Each film used an extensive outreach campaign to nonprofit organizations and other special interest groups, culminating in a large database that Pimsleur realized might be useful to others.“We were doing the same thing as a lot of filmmakers—calling nonprofits, building contacts—and gathering the same information, but not sharing it.”

It was at a 1998 Ford Foundation meeting when someone suggested to Pimsleur that filmmakers and social-issue organizations ought to work more closely together on shared topics of concern. After the meeting Ms. Pimsleur had hoped someone else would organize such a venture, but soon found herself doing the legwork that finally resulted in the creation of MediaRights.org.

With support from the Ford Foundation, Pimsleur and a small staff have built a website aimed at helping filmmakers and nonprofit groups find and support each other. Currently, the site lists over 1,600 social issue documentaries organized into 14 categories as well as a database of over 700,000 US nonprofit organizations. In addition there is extensive information on funding, production tips, broadcast dates and original articles detailing successful outreach campaigns by other filmmakers. “My favorite things are the articles,” says filmmaker Jonathan Skurnik, co-producer of A Day’s Work, A Day’s Pay, shown this summer on PBS. “For my next film I learned a lot by reading other people’s marketing experiences. I encourage all filmmakers with outreach stories to write an article and submit it to the site.”

Membership to the site is free, and anyone can register their film as long as it’s a social issue documentary. The advantage seems obvious: by linking filmmakers and their films with potential audiences in the advocacy arena, both parties benefit in their efforts for social change “We help films have an impact outside the box,” says Nicole Betancourt, the site’s creative director, “by making the link easier between filmmakers and grass roots organizers who are receptive, but inexperienced to the idea of using media in their campaigns.”

What MediaRights is not is a distributor of films, though many distributors list their catalogues on the site. “Users of our site buy or rent videotapes directly from the distributor,” says Pimsleur. “Eventually when enough people have access to greater bandwidth, we will stream trailers and perhaps make it possible to download an entire film.”

A visit to the MediaRights.org home page quickly illustrates the value of such a database. During a recent visit, I assumed the role of a filmmaker wishing to make a documentary about the controversial work of the WTO and The World Bank. I wanted to see what films might already be available for distribution and what organizations might be receptive to a film of my own.

By typing in the word “globalization” in the site’s search engine, I discovered 17 organizations committed to the issue and I e-mailed eight of them, asking if they might be interested in a film about the subject. The responses ranged from “We’ve never used films before, but might be open to it,” to an encouraging answer from Nina Smith of the RUGMARK Foundation, which works against child labor in the carpet industries of India, Nepal and Pakistan and has recently found an HBO documentary on the subject to be a useful educational tool. “We do not have a large budget,” said Smith in her e-mail reply. “However, we could, as was the case with HBO, help significantly with promotion through press outreach and through staging public events. For example, Senator Tom Harkin, who is on our board of directors, hosted a special screening of the film on Capital Hill.”

Filmmakers like Mischa Peled, whose film Store Wars—about a small town’s struggle against Wal Mart—was profiled in an on-line article, sees MediaRights.org as giving films a life after broadcast. “This website is the first to tackle head-on the untapped potential of community and advocacy groups in using film, video and new media in their work. I'd hope that some of the people who read the piece about Store Wars may be inspired about the ways in which documentary films can advance their work. In our case, the screenings of the film brought together for the first time the decision-makers (elected officials) and the residents of the community.”

This fall MediaRights.org hopes to expand both its usefulness and its bottom line by providing an “Outreach Tool Kit” for a modest fee. “It will be an A-Z guide on how to distribute your film,” says Pimsleur who received a grant to write the tool kit. “You type in the budget amount and it gives you the kit that’s right for you, including case studies, worksheets, sample letters, the latest grant information and a free telephone consultation with an outreach specialist.”

For Julia Pimsleur, MediaRights.org started out as a good idea that now consumes 80% of her time. But she’s not complaining. “I was always interested in making films that raised awareness and generated dialogue. So all I’ve done now is change the medium.”

Gregory Orr writes and produces documentaries in New York and is currently producing The Day They Died, a two-hour special for The History Channel. He can be reached at www.gregoryorr.com. 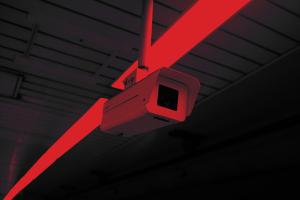 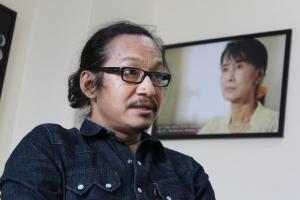 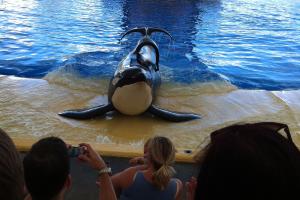 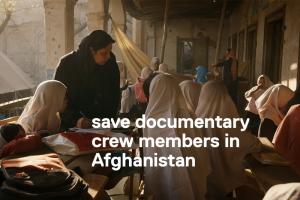 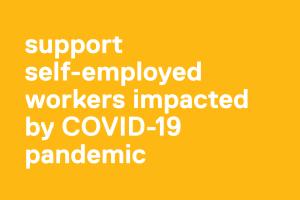