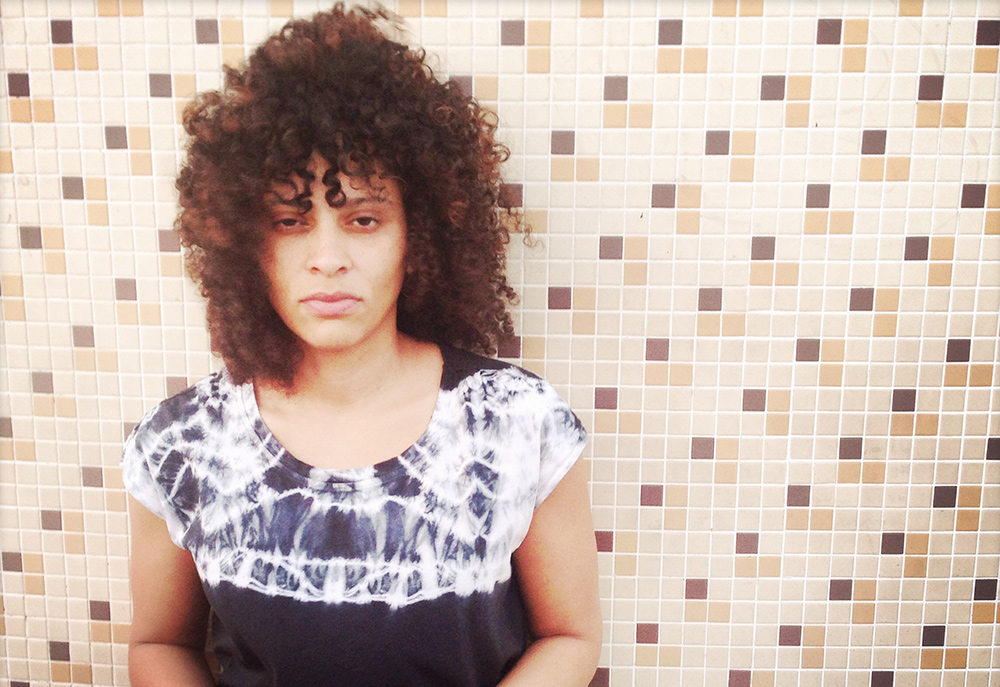 It is challenging for female cinematographers. No woman has ever been nominated for an Academy Award for Best Cinematography, and very few have been invited to become members of the American Society of Cinematographers.

When you are a person of color, the challenge is even more difficult. Connecting to people in a way that they will see you for your talent as well as your gender and ethnicity is a continuous battle. People maintain a certain comfort level working with those they know. The objective becomes finding that commonality—discovering a network of people who will support your work, and recommend you to other directors and producers. Female cinematographers of color have an additional window of perspective on society.

Cinematographer Kirsten Johnson (CitizenFour) takes a bold approach in addressing diversity within the field. When asked to participate in a workshop for women interested in careers as cinematographers, she agreed, but had stipulations. She sent invitations to everyone she knew who fit the bill, and she stressed, "If you are white, you are not allowed to come to this event unless you bring a woman of color with you." Johnson is aware of the lack of opportunity and obstacles for women of color. She maintains, "We need to create a workshop that is racially diverse and economically diverse because there are too many craft positions within documentary, and there are not enough people of color in documentary."

Johnson has been working in the field for 25 years and has an incredible breadth of experience, yet has not forgetten about how it all began for her. She applied to and was accepted as the first American student ever to attend the French National Film School. "I was thrilled by being in the center of the filmmaking and just always felt so grateful that I got the advice to apply to the image [camera] department instead of the directing department," she reflects. "I feel like it's the job of people who have found a way to make a career to really be explicit about the gaps that haven't been filled."

Documentary asked Michelle Crenshaw (Bridging the Divide: Tom Bradley and the Politics of Race), Nadia Hallgren (The New Black, Citizen Koch) and Kalyanee Mam (Inside Job, A River Changes Course) to share their insights about the beauty of working as cinematographers and how being women of color influences their work. 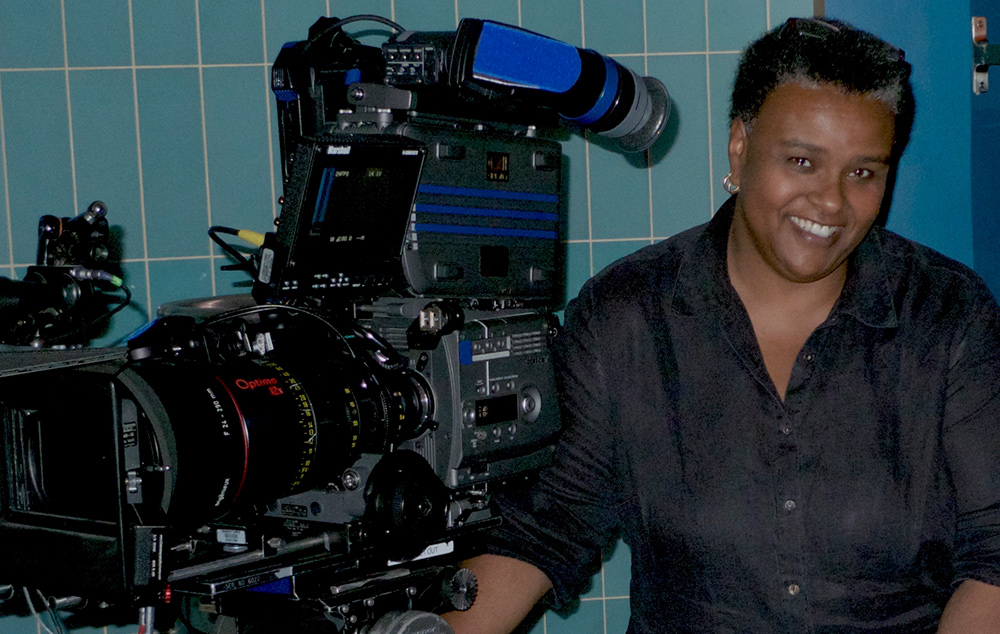 Crenshaw grew up in Detroit and went to school at Columbia College in Chicago. After taking a filmmaking class, she was hooked and knew she wanted to use the photographic medium to tell stories. During her senior year, she got the reputation of being a pretty good shooter, but the challenge was getting paid for her work and trying to earn an income. An instructor encouraged her to join the union. "I have been in the union since 1987," says Crenshaw. "I came up the ranks. I was an intern, I was a loader, I was a first assistant, I am classified as a camera operator."

Filmmaker Lyn Goldfarb hired Crenshaw to work on the Tom Bradley documentary. They had worked together in 2009 on L.A. Working. Crenshaw remembers having lunch with Goldfarb one day in a coffee shop after shooting for six hours that morning and noticed paparazzi, one of whom told her that a famous model was arriving. Crenshaw had her camera with her and suggested to Goldfarb that they should shoot some of this for the documentary. "I was behind the model, it was from her point of view and all you could see were all of those cameras," she recalls. "I ended up shooting them shooting her. Lyn would let me just shoot a bunch of stuff. That was more of the cinéma vérité style, which I love to do."

Hallgren grew up in the Bronx and studied photography as a teenager. Someone gave her a video camera and she started making short films. She screened one of her works at the South Bronx Film Festival, where she met director Tia Lesson (Trouble the Water), Michael Moore's longtime producer and also a festival moderator. Lesson told her she really liked her film and to keep in touch. Months later, Hallgren got a call to work on Fahrenheit 9/11 as a production assistant. "Two wonderful things happened during my time on Fahrenheit 9/11," Hallgren recalls. "One of the DPs was Kirsten Johnson. Right before we wrapped, I knew there was a chance that I might never see her again. I mustered up the courage to ask her if she would teach me about cinematography, and she graciously agreed. Then I also ended up shooting a scene in Fahrenheit." She earned a camera credit from that experience.

Mam did not originally intend to become a cinematographer. However, after working in Mozambique and Iraq, she discovered an interest in filmmaking. Born in Cambodia, she later relocating to the United States with her family, then attended Yale and UCLA School of Law. " I just wanted to make a film that helped people to understand what was happening in Iraq and in particular with regards to Iraqi refugees and families—what they were going through, especially young Iraqi refugee artists," Mam explains. "So my intention in the beginning was just to make a film to inform people, and I felt this was the best platform to do that: To inform, to educate, to connect people to those issues." She found filmmaking to be more effective than a law career, and partnered with David Mendez to make a short documentary, Between Earth & Sky. 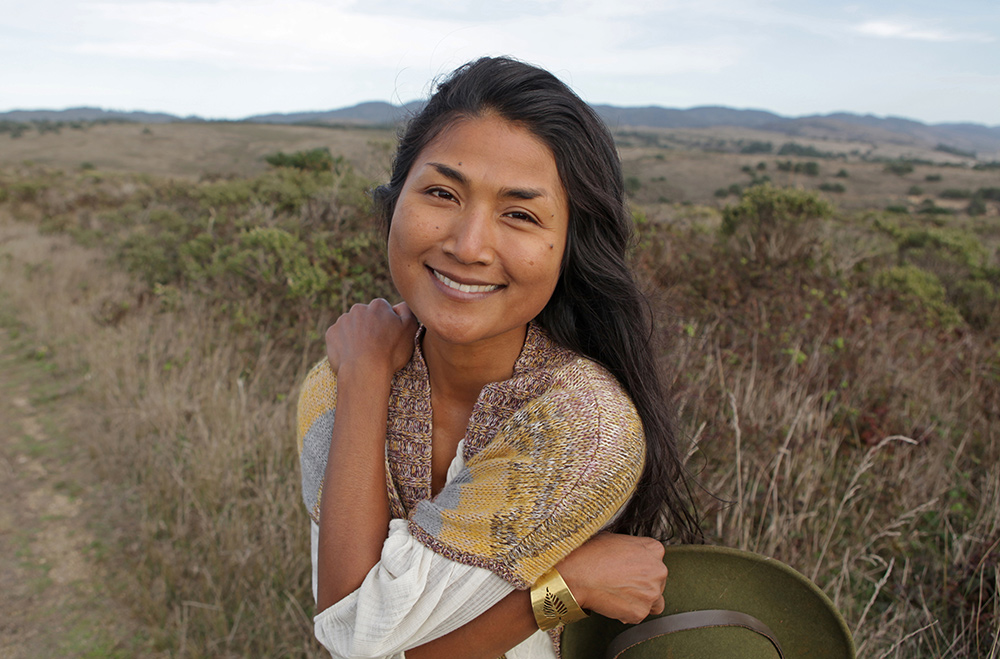 "All of my work is word of mouth," Hallgren explains. "I'd say at least 90 percent of the people who hire me are women directors. It would be nice to not just be seen as a cinematographer that works with women, but as a cinematographer that has a body of work." Crenshaw agrees that work comes through word of mouth and network relationships. "If people are really interested in finding somebody of color, we're out here," she asserts. "We might be few and far between and our level of experience might be all over the place, but it's not like we don't exist. It's just how much people are really going to make the effort to participate or have you participate."

For Mam, it was Between Earth & Sky that led to work on director Charles Ferguson's Inside Job. Mam went to a screening of his first film, No End in Sight, about the Iraq War, and approached and told him what she and Mendez were doing. "I emailed him and—long story short—he ended up supporting our short documentary and then asked me to work on Inside Job with him, first as a researcher and associate producer because of my legal background. He saw a cut of Between Earth & Sky and he asked me if I would be interested in doing some shooting. That was my first major film project. I'd only held the camera once on Between Earth & Sky, and Inside Job was my second time."

Cinematography goes beyond aesthetics and technical aspects. There is a connectedness based on humanity, emotion and trust. Having a different or deeper understanding of a situation or group of people because of your ethnicity, culture or background helps to inform the dimension and depth of your work.

Hallgren, who grew up in a very poor community in the Bronx, notes, "I think I understand what it's like to live in extreme circumstances and how that drives people. Oftentimes, films that I work on are about people who also live in extreme circumstances. I feel that being behind the camera, because I understand that on such a personal level there's no judgement toward individuals I film, who are dealing with types of circumstances, and maybe choices that are questionable."

"I think especially when we were filming in Asia, I felt that I had a special connection but also a special understanding," says Mam. "I worked in China before. I worked in Asia before. So I understood the culture and the background. I was able to speak a little bit of the language. I was able to bridge the gap in those ways."

Bridging the gap can be a positive or a negative experience, based on intention. Cinematographers would like to get hired based on their good work and professionalism. When the sole criteria for getting hired on a film crew is one's ethnicity or gender, everything changes. "It's not something that I'm okay with; it's insulting in a huge way," says Hallgren. "I think we need to talk about these things. I think that it's important even for directors to be aware of their motives."

As for the next projects for Crenshaw, Hallgren and Mam, Crenshaw recently worked with editor Lillian Benson (Wounded Knee, Freedom Riders) on a film she directed, Amen: The Life and Music of Jester Hairston. Between documentary opportunities, she makes a living as a union camera operator on such television series as American Horror Story. Hallgren is currently shooting with cinematographer Buddy Squires (The Central Park Five) on a film with producer/director Lynn Novack (Baseball: The Tenth Inning) about the Bard Prison Initiative and the Prison Education Fund, along with a few other documentary projects. Mam partnered again with Ferguson on his new documentary, Time to Choose, and is currently shooting her own documentary, A Fire in the Bird's Nest, about a family living in Areng Valley, a beautiful pristine valley in Cambodia, and their connectedness to nature.

Tracie Lewis teaches media and culture at College of the Desert. She is also a writer/producer.

END_OF_DOCUMENT_TOKEN_TO_BE_REPLACED

Documentary as a Spawning Ground for Female Cinematographers

Shooting from the Hip: An Interview with Cinematographer Maryse Alberti