When I first saw Ellen Bruno's film, Satya: A Prayer for the Enemy, at the National Educational Media Network's 1994 screenings (it was called the National Educational Film & Video Festival back then), that was it for me. At that moment, I knew I wanted to be a filmmaker. And not just any filmmaker, but an independent documentary filmmaker. I know, I know, my career choice didn't exactly spell $$$. But it was something about the films that found their way to this festival that grabbed me—films such as Something Within Me, a documentary about the artistic and personal triumphs of young musicians in the South Bronx. I saw that film five years ago, and I still remember how moved to tears I was when I heard the kids tell their stories. This years Colors Straight Up had the same effect on me. As I sat in the darkness watching this film about high-risk kids in Los Angeles, I felt a mixture of anticipation and awe, for the high production value of the film, but more importantly, for the bravery of these kids.

Films like these can be seen at festivals or in some late-night time slot on PBS, rather than at the local theater. Festivals such as NEMN promote these films, and through community involvement, publicity and simple word-of-mouth, the promotion helps even more independent films and videos to see the light of day.

NEMN's Content '98 was held May 27-31, in Oakland, California, to include the 12th Annual Media Market for distributors and producers, the 28th Annual Apple Awards Film & Video Festival, and seminars on independent film/distribution.

This year's Media Market drew approximately 40 distributors and more than 200 producers and film makers for the Face-to-Face Exhibit where ideas are born, business cards are exchanged and deals are struck. I was there with my latest film, Balancing Act. This is how it works: you enter your chef-d'oeuvre in the Media Market, and send along all press materials and media packets to NEMN. During the week before the Exhibit, distributors from all over the world read your press information, and if interested, they can screen your film, either at viewing stations within the conference center or in the privacy of their hotel rooms. When you arrive to hobnob with other producers and distributors, you receive a list of the distributors who have requested your film.

When I picked up my packet of goodies (which included a list of all the attending distributors, a schedule of events, a list of business services and even a restaurant guide), I discovered that seven distributors had viewed my work. Anxious to follow up on this contact, I ventured to the large ballroom where rows and rows of tables were stacked with catalogues and brochures from the visiting distributors. With each table labeled with the distributors' names, you can visit with those who've seen your film, as well as others who interest you. The first distributor I approached, University of California Extension Center for Media and Independent Learning, had a long line of producers waiting to speak with the company's reps. I took that as a good sign. After a 15-minute wait, I finally got to speak with Kate Spohr, Media Market and Sales Specialist. I knew Kate from our days at NEFVF when she was the Associate Director and I was a programming assistant. Kate gave me a big hug and my film a big thumbs up, which helped to boost my confidence in my work.

After we made an appointment to speak later, I moved on to the next distributor on my list, an educational organization from Australia. Another long line of people waiting to talk to her—and another good sign. When I introduced myself, she responded, "Loved your film. Change the title!" I beg your pardon? "Your title is good, but cryptic. You need a subtitle that says what your film is all about, so I can market it appropriately," she said. Oh, I see. My film is a "product ," and these people must fit it into a "market." I wasn't particularly attached to the film's current title, but I quickly calculated how much it would cost to re-shoot the titles, make another negative print, then another answer print, then a Beta master, and... hey, who's going to pay for all this, anyway? An addendum to the title reminded me of those undergrad theses we wrote (mine was "Anxious Visions and Fifties Allure: Juvenile Delinquency Films of the 1950s"). I wasn't sure if my film needed such an academic flavor. After promising that I would think about it (and I am still thinking about it), I took some literature from the table and moved to my next destination. The distributor kept shouting enthusiastically, "I loved it!" Vote of Confidence #2.

As soon as I approached the next distributor and heard him say, "And what was the name of your film?" I knew this wasn't going to be "a good match." I explained to him who I was, and he said, "Oh yes. I can't possibly market your film. There's no audience excellence for it. Who do you suggest I market it to?" The phrase, "Isn't that your job?" crossed my mind, but I realized that here was an opportunity to defend my film, to say there's a story here, that just because the film has Asian people in it didn't mean it was specifically for an Asian audience—it had universal themes. I knew this wasn't the first time I was going to have to give this speech, so I should meet this occasion with gusto. What I actually said was, "You're putting me on the defensive and I don't want to have this discussion with you." This was a way for me to sell my film? As distributors on either side of us stopped negotiating deals to watch us argue, and producers passing by neatly avoided approaching the table, I began to feel like one of the parties in a roadside accident. So, I carefully walked away, mumbling to myself, "Well, other distributors know how to market my film..." Vote of Self-Confidence #1.

I decided to skip introductions to other distributors and to view their catalogues and materials first. What impressions of their distribution strategies did their literature offer? How were the films laid out, categorized, publicized? Did they have just one large catalogue, or did they also utilize seasonal pamphlets and target brochures to market their films? Also, where were they located? Very often, a distributor's home base also tells you who their market audience is. From listening to the distributor speak to other producers, you can get an idea of their marketing strategies, how aggressive they are in putting your film out there, how innovative they can be in packaging your work. Just as your film may occupy a certain niche, there are distributors who specialize in niche markets .

When I made this film about Asian American women and social competition, I didn't necessarily consider it an "educational tool" or conceive of some "market niche" for it. I was merely exorcising some demons while hovering on the edge of social commentary. The fact that some distributors can recognize my film as a teaching tool is a bonus. It mean s that in a classroom my film can generate discussion and stimulate thought. The fact that some don't think it is useful beyond its "personal film" aesthetic means that I have more opportunities to prove that the ideas brought forth in an essay film can resonate with others—a means of communication and connection with our fellow human beings. The festival portion of Content '98 showed highlights from NEMN's award—winning film entries in a one-day festival with 14 screenings. I started my day off with Jean Bach's The Spitball Story, a Silver Apple Award-winning film. Jean Bach, producer/director of the Oscar®-nominated A Great Day in Harlem, realized this short film about the hi-jinks and chicanery from Dizzy Gillespie, Milt Hinton and Jonah Jones, whi le they were playing with Cab Calloway's orchestra in 1941. With live interviews from the late Dizzy Gillespie, and excerpts from Cab Calloway's hey­ day as one of America's foremost bandleaders, the film centers on a single moment of dissonance between Gillespie and Calloway, an incident that later played a role in the emergence of bebop. What struck me about the film was not the explanation of what really happened that night in 1941 but the intimate interviews that Bach managed with Gillespie, Jones and Hinton. Here were three musicians embodying the Golden Age of jazz, and Bach has given us the privilege of meeting these icons firsthand; they in turn transport us back to the era of big bands and big sounds.

Will is "Skip" Brown's documentary This is Our Story, This is Our Song also mixes music and film. The Bronze Apple Award­ winning film interviews members of the Oakland Interfaith Gospel Choir, displaying how these singers of different races, backgrounds and faiths come together weekly to perform in musical harmony. At first, we hear members telling how they joined the choir. "A friend suggested I join the Interfaith Gospel Choir," said one man in search of a singing group. "I said, 'Gospel? I'm Jewish!"' Another member, a Stevie Nicks look-alike, previously worked in insurance and didn't feel spiritually satisfied at her job; she figured that by joining the administrative staff for the choir as well as a singer, she could earn a living and still fulfill her need to "save the world." What audience members take away from this film is the sense of hope conveyed through music, and how its many forms can touch all of us.

One of the best films of the evening's screenings was first­ time filmmaker Amanda Micheli's Just for the Ride, winner of the 1996 IDA/David L. Wolper Student Documentary Achievement Award. The Gold Apple Award-winning film begins as a personal journey for the filmmaker to track down her girlhood heroines—cowgirls. She finds them embodied in veteran rodeo riders Fern Sawyer and Jan Youren. What follows is a history of women's rodeo, from the days when it was a co-ed sport to how women rodeo riders have become sideshow diversions for the more money-drawing male riders. Micheli deviates from the traditional interview-footage-interview style of objective documentaries, and injects her own story of how her love of horses drew her first to the Cowgirl Hall of Fame and then to Sawyer and Youren. Not content with merely observing these bone-breaking rides from behind the camera, Micheli goes to riding camp and gets on a bull herself. We see her fall numerous times, but we also witness her rapturous smile as she gets up, dusts herself off and rides again. By experiencing the sport herself, Micheli can tell the city-slicker audience what a thrill it is to ride a bucking beast, which also helps us understand why professional riders like Sawyer and Youren continue to participate in this potentially dangerous sport. Through this grueling experience, Micheli demonstrates that she wasn't along just for the ride.

Sometimes, after editing for 15 hours straight, or going to my third freelance assignment in the same day, I wonder if it's all worth it. All that lugging 30-pound camera cases around, bad sound, the ever-present and ever-vague "technical difficulty," and, of course, the low pay. Then somehow, I come across a truly inspiring piece of visual work—Tibetan nuns in a slow-mo glide to prostrate themselves on the floor; a young boy singing his heart out in a school choir; or a veteran woman rodeo rider breaking the same bone for the third time-and I know then, that I've chosen my own way of helping to "save the world."

LILY NG is a filmmaker working on other people's films in San Francisco.

END_OF_DOCUMENT_TOKEN_TO_BE_REPLACED 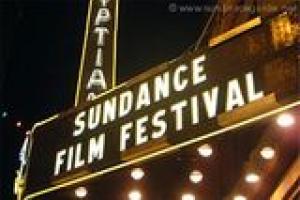 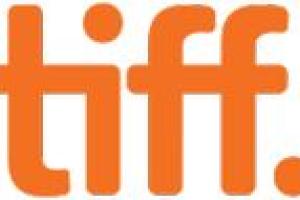 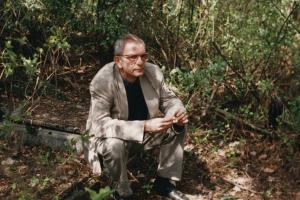 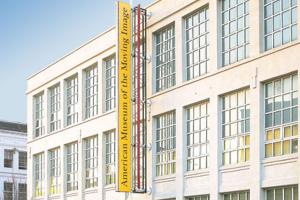 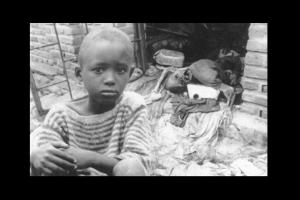