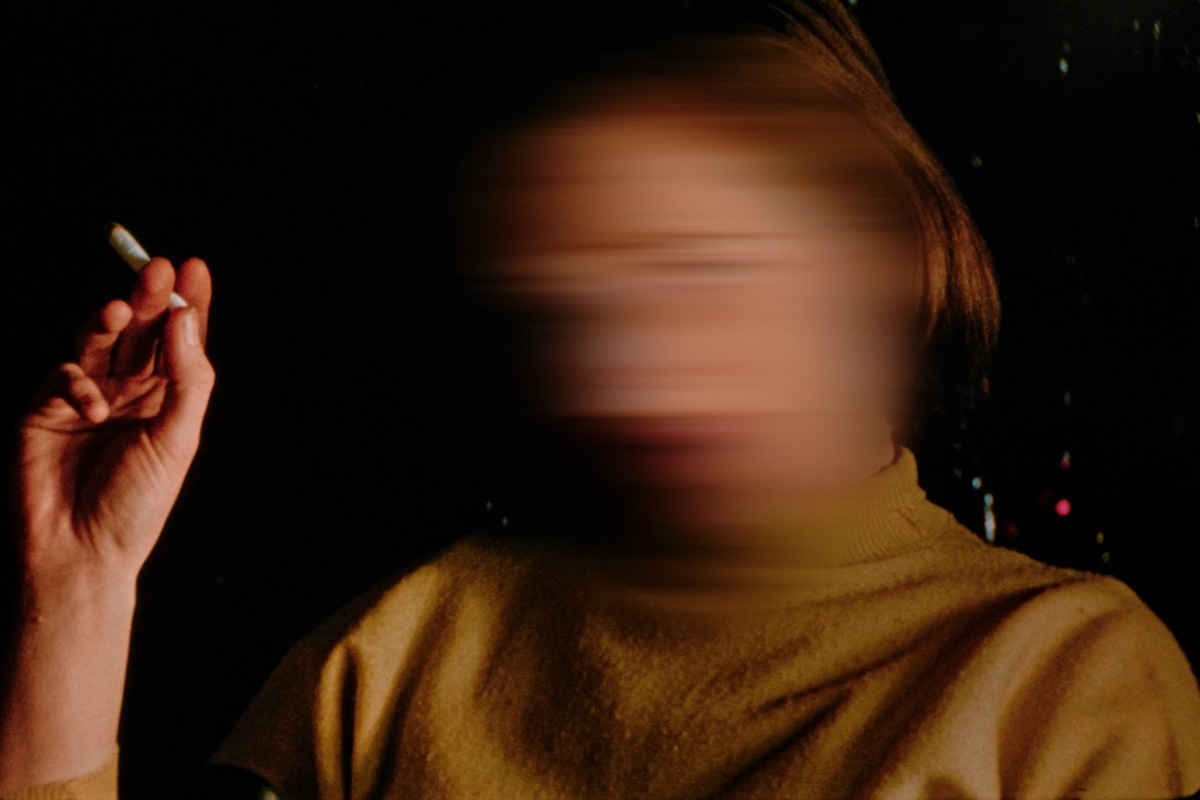 Founded in 2021, amidst the COVID-19 pandemic, Prismatic Ground is a glimmer of hope for experimental nonfiction cinema in a tumultuous period. Inney Prakash, a programmer at the Maysles Documentary Center in New York, launched the film festival, creating a series, as Prakash says, “centering on experimental documentary that seeks to break down various hierarchies.” Shorts and feature films appear alongside each other; movies made by veteran and first-time directors are in conversation with one another. This goal of eliminating boundaries even reaches to the very notion of “documentary” and “experimental” films by showcasing works that defy such labels. Prismatic Ground, furthermore, “attempts to reorient the values of the festival ecosystem by prioritizing things like paying filmmakers and maximizing access for audiences.”

The 2022 edition of the festival enters a city already saturated with annual series showcasing documentary and experimental cinemas—DOC NYC, Art of the Real and Doc Fortnight, to name a few. But unlike most of these programs, Prismatic Ground is unaffiliated with an institution and transcends the limits of traditional physical exhibition. “It began as an all-virtual festival,” Prakash says, “and was available worldwide, not geo-blocked.” The online access was a resounding success. Although he’s included meaningful in-person screenings this year, creating a hybrid format, “the majority of the films, by consent of the filmmakers, will also be online for free during the festival.”

Prismatic Ground stands out among conventionally named festivals. It comes from a time when Prakash wasn’t in New York; he was working at a bookstore in Detroit, John K. King Used Books. “I found this book one day, while slacking off and browsing the stacks, called Prismatic Ground, a book of poetry by Marguerite Young that was published once in 1937.” For such a beautiful book, he stored the name in his head for future use. Even within the program, the 13 sections called “Waves” ties directly to the eponymous poem in which Young refers to the sea as a prismatic ground. “That homage was important to me,” Prakash explains. “I like for the festival to have a spirit of poetry, which to me is the most spiritually salient art.” By evoking poetry, the fest also harkens back to avant-garde cinema’s deep roots in the medium, going back to directors like Stan Brakhage.

Poetry is just one of the values upheld by the festival. Prakash notes that “a lot of festivals will show work with a leftist political bent, but will separate the festival from itself having any [political] view. Prismatic Ground is very much different in that the festival does have a political viewpoint.” Not everything in the festival is political, but it embodies “a certain kind of humanism.” He adds that such films exude this belief by using innovative and peerless formal techniques: “I value political work that is not just propaganda but can simultaneously function as art.”

On the other hand, Prismatic Ground also advocates for film for film’s sake, works that are purely, radically formal. The closing-night entry is Rainer Kohlberger’s structuralist feature Answering the Sun (2022), which Prakash calls an “hour of strobing, morphing color.” It’s a movie intended to be projected in a theater on a big screen, just like the opening selection, Charlie Shackleton’s The Afterlight (2021). Existing on a single 35mm print, and upholding the festival’s belief in the theatrical experience, it can only be seen in person. “It’s a montage of clips from old movies,” Prakash explains, “in which all of the actors you see on screen are now dead. The film’s existence on a single print is sort of echoing that mortality—of the flesh, of the film material—and really emphasizing that all film and media is ephemeral.” The Afterlight can only be experienced at one place at any given time.

Beyond the opening- and closing-night movies, the rest of the program offers a wide variety: animation, self-portraiture, found footage, amateur home movies, diaries and more. Unlike the inaugural lineup, which was mostly curated, Prakash says that roughly 63% of this year’s movies “were culled from blind submissions, which is much higher than most festivals.” Prakash picked everything himself, but in the future, when the festival has substantial funds (it subsists on individual donations and submission fees, most of which goes towards paying filmmakers), he plans to hire staff.

Bouncing around the 13 sections, viewing as much as possible, the quality of the movies immediately stands out. One of the highlights lasts only a minute: James Thacher’s Ruisdael Clouds (2022). In an apt amount of time, Thacher considers the billowy formations in Jacob von Ruisdael’s landscape paintings. Incorporating animation and illustration, the screen shimmers and writhes, isolating the clouds in this brief glimpse, contemplating their ominous, looming presence in the skies.

Found in the “wave” called “love as a cry of anguish”—a nod to Maya Angelou’s “On Diverse Deviations”—is Carl Elsaesser’s Home When You Return (2021), a loving look at a particular domestic space in Maine. The cornerstone of the short incorporates an amateur movie, a remarkable work that resembles a lost Douglas Sirk melodrama about women’s independence at home. Elsaesser contrasts this footage with his own, filming in the same house, now vacant and on the real-estate market. Elsaesser’s movie respectfully captures the legacy and sediment of a life imbued in a private space.

For his short Condition/Decondition (2022), Jason Osder also retrieves footage. He found three mysterious shorts located at the Navy Motion Picture Film Archives that were used to desensitize soldiers to combat, through exposure to sounds and images of explosions and artillery fire. Osder both presents the footage and analytically breaks it down, revealing the neuropsychological implications behind it. “Condition/Decondition is a great example of the fusion of the structural and the political,” Prakash points out. “Archival footage is being repurposed in a purposeful way in order to get at certain truths about America’s destruction complex.”

Another movie examining the US military’s weaponry is Prismatic Ground’s centerpiece, Erin and Travis Wilkerson’s Nuclear Family (2021). “Succinctly put, it’s about the nuclear deathwish at the heart of the American Dream,” Prakash maintains. Partly an essay film, partly a road trip—the Wilkersons tour various missile sites across the country, primarily in Colorado and Montana, and narrate a crash course on how a history of colonialism and genocide primed the American government to stock nuclear weapons.

Katie Mathews and Jess Shane’s Signal and Noise (2022) regards another angle of the American military. According to Prakash, the short is “an extraordinary sound experiment that features an aural portrait of Guantánamo Bay.” In 2015, the Canadian poet Jordan Scott recorded the sounds of GTMO during a press tour of the camp. The directors combine Scott’s audio with snatches of footage taken there, as well as the testimony of Mansoor Adayfi, who was detained for 14 years without ever being charged with a crime. It immediately becomes clear that soldiers control and wield sound at GTMO, such as running vacuums and fans constantly to create creeping unsettlement in the prisoners. Even the sound of the ocean, mere yards away, is restricted from the prisoners.

Containment is the subject matter of Christopher Harris’ Dreams Under Confinement (2021), which deploys Google Earth maps to reveal how surveillance technology suppresses people of color in Chicago. All the while, a cacophony of sounds is heard on the audio, which consists of a scrambled police scanner. Amid the din can be heard “black,” “Wabash,” and someone saying squad cars are on fire. Calling to mind Fritz Lang, Harris evokes a state of terror as he maps out crime and structures of power in the Windy City.

Harris is the recipient of the second Ground Glass award, which Prakash hands out to filmmakers exhibiting “outstanding contribution in the field of experimental media.” Last year it went to Lynne Sachs. Giving out an award seems counter to a festival claiming to demolish hierarchies, and Prakash was hesitant to include one. “You already have to let some films in[to a festival] and not others. I’d rather celebrate all those films than say one is better than another. At the same time, I wanted to pay tribute to people I admire who paved the way for work like this.” And who better to hand it to than Harris. “For me, more than any other filmmaker working today, he has perfected [a kind of] formal, political expression,” Prakash asserts. A retrospective of Harris’ movies will play during the festival.

Prakash doesn’t know where the festival will go next year. Each installment has been singular and unto itself, the first occurring amid the heart of the COVID-19 pandemic. The programmer is content on keeping an open mind, though. “I know what my values are and the type of work I believe in, but beyond that, I don’t want to premeditate too much,” he says. If these two years are any indication, Prismatic Ground has secured a place in New York City’s festival ecosystem and in the film world at large.

Tanner Tafelski is a freelance film critic based in New York City and the editorial director for Kinoscope, a streaming platform for arthouse cinema. If he isn't watching a movie, he's reading crime fiction.

END_OF_DOCUMENT_TOKEN_TO_BE_REPLACED

'The Art of the Real' Takes the Long View on Nonfiction

Beyond Evidence: Experimental Filmmakers Widen the Parameters of the Archive