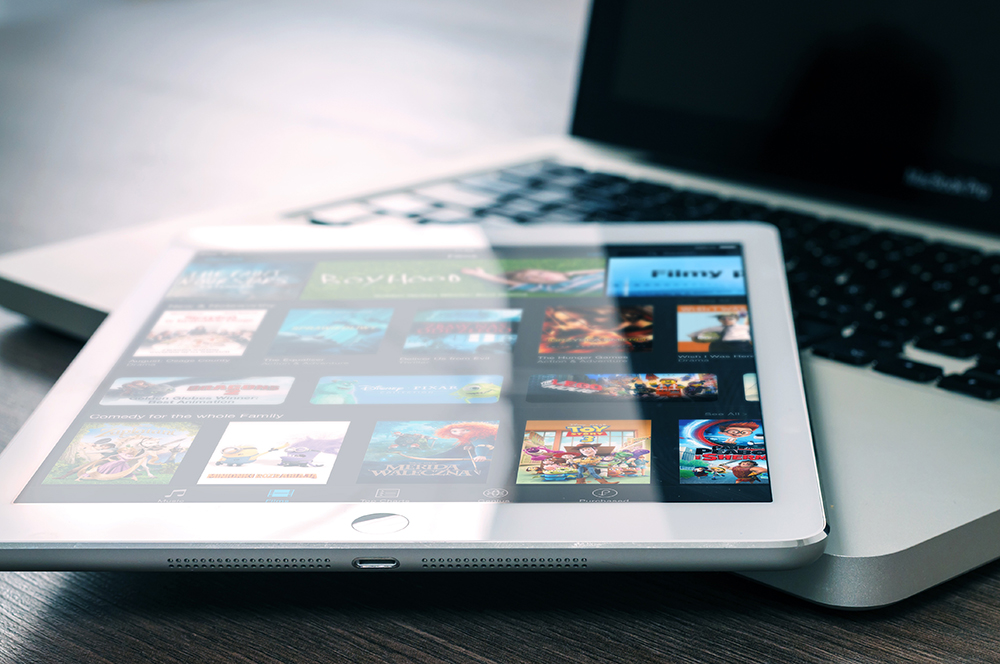 Few things are more intellectually pleasurable than a good paradox. Take, for example, documentary film distribution in the digital era.

As content providers proliferate, jargon abounds and a new language surfaces based on acronyms for "Video on Demand" service types: "TVOD" (Transactional/pay-as-you-go viewing like iTunes), "SVOD" (Subscription-based like Netflix), "AVOD" (Advertising/free but shows commercials) and "OTT" (Over-the-Top/across the Internet). And let's not forget about a traditional theatrical release and community screenings.

So what's the prevailing wisdom about distribution strategies in the digital age? Where are we? What do filmmakers need to know, and how can they most benefit? A few distributors kindly offered their insights about where distribution is and where it's going:

Here's where the paradox announces itself: The digital landscape is relatively new, but the strategies required to conquer its terrain are very old.

Let's start with what hasn't changed: The road to distribution, and an effective strategy, starts with the storytelling.

"It's become very competitive, business-wise, between all the different outlets," Jill Burkhardt maintains. "I think for documentaries in particular, they're benefitting from this. You want a compelling story, well told. That goes across the board for anything, whether it's a pop-culture documentary or a social-issue documentary. You want it to be compelling and you want good storytelling."

Now that we have vehicles for content-binging, distributors are seeing a surge in "series" offerings, as distribution mechanisms now seem to be influencing the film's form with limited series and long-form documentaries.

"With the success of The Jinx, Making a Murderer and O.J.: Made in America, more and more of the platforms are interested in developing six to eight part documentary series," Danielle DiGiacomo notes. "It's become a real area that is being supported by a lot of platforms financially that a lot of companies are trying to get into to develop. And so, all of that is saying that there is still a move towards streaming services trying to just create original content."

Burkhardt concurs. "You have Netflix doing Chef's Table and Cooked and Nat Geo with their upcoming Parched from Jigsaw Productions. These are all great things, so I think what filmmakers are also seeing and producers are also seeing is that there's a need. It's supply and demand. Platforms want this kind of content and people can binge it and they're looking for things that they can create specifically for that."

Ryan Krivoshey explains that showing your film via film festivals is essential to getting your film in front of a distributor. Don't expect to be discovered on YouTube. The dominant means of discovering films hasn't changed much. "These festivals have become the gatekeepers in many ways," Krivoshey notes. "And it has its pros and cons, certainly, and it's much more difficult for a first-time filmmaker to crack that wall of just getting it to the right festival, but it is where most distributors look for films, and where they find films. And where a film premieres does have an impact on what kind of distributors will be exposed to that film." But, he warns, "Don't over-reach. Find the right festival for your film where the right people will see it. I think that rule is number one."

And, as Burkhardt explains, the theatrical can move the digital. "The theatrical release and all the press it gets can drive the film when it's on iTunes."

Krivoshey says distribution models might be evolving, but the audience is constant, as he sees "the growing number of people who are interested in smart, challenging, innovative documentaries and foreign, independent films. The question has always been, How do you deliver these films to this particular audience? It's the delivery that's changed, but the need for, the appetite for these films, has always been there. Every film has an audience for it; that is a given. The only variable in that equation is how big or small that audience is and how much you can grow that audience once you find it."

Distribution strategy in VOD-ville is tailored in response to the film; each film asks for a unique approach to sales and audience-building. We might have an unprecedented access to data and analytics, but there's no algorithm for distribution. DiGiacomo walks through what a distribution scenario might look like in 2016: "Typically we're starting on the transactional platform for 90 to 120 days, where you have to buy or rent [a title]. That's your iTunes or Google Player or Amazon. After that window is generally the broadcast for SVOD or Pay TV window. When we work this, we sell to Netflix or Amazon Prime or HBO or Independent Lens."

Krivoshey, in acquiring a film and strategizing around its distribution, starts with his reaction to the experience of the film. "At first it's always a very much a gut reaction: Do I love this film? That's the immediate first threshold."

Strong emotional response to the film? Check. Krivoshey says the next step is "when the more business elements of the questioning comes in. How much do we want to spend on this film? What are the right markets for it? Is it suitable for theatrical, or is it better just for VOD? Is it suitable just for non-theatrical community screenings?" And last of all, he might consider a film's social media following.

Jason's approach is data-driven. "We will do the analysis, but we are passionate about every one of our films. We totally support our filmmakers. We don't leave them by the wayside to say, ‘This is where your film is going.' We engage with them weekly during a release and figure out what's the best next step. Distribution starts with acquisition, of course, and we have an extraordinary acquisition team. We don't rely on, ‘Oh, we love this film.' We rely on perusing the market, how is this going to do."

Unfortunately, this platform proliferation hasn't yet translated into guaranteed big bucks for the filmmaker. But, Burkhardt explains, a current distribution trajectory might involve multiple sales, countries and platforms. "We take the US rights and we're giving you a healthy license fee for the US rights. You sell it to Canada and England and all these other countries, and you make money from all those places as well. So there's a lot of different ways [to maximize profits]. Sometimes there are bonuses attached to license fees; if you get an award nomination, or if you actually get an award, very often there are bonuses tied to that in your contract."

Sheldon shares a story that illustrates an important and fundamental approach for distributors. "A lot of times documentaries have organic audiences. And I remember working on a film called Anonymous People. The filmmaker was a recovering alcoholic. And his goal was to revise policy and also prejudices and the language around how we talk about addiction. I think it screened in every state, in every city with a chapter of Alcoholics Anonymous, plus colleges and universities. It was a box office hit, by any standards, especially for something that didn't open in New York and LA. And I think that was when I realized that every film has its own test market. And how you define success depends on each film. But the key for the distributor is, how do I connect the film with the audience?"

Jason's approach isn't just uniquely tailored. It's also collaborative. "We collaborate on all the releases on the PR strategies, on the viral strategies. We do most of our art in-house, most of our trailers in-house, and so we can sort of model things to [filmmakers'] specifications and in some cases, they will send us art and say, ‘I'm not quite sure that's working; let's try this.' We work together for a couple of weeks and finally we come up with a great one-sheet. It's truly collaborative. It's not like they hand off the film and we are gone."

Krivoshey notes that the whole process still reflects the studio model. "A lot of the way we're working now and a lot of the way this business is set up is the same thing that was happening at the turn of the century with the studios. And, yes, there have been changes and seismic shifts, but I think it's one of the things that keeps this industry pure—the fact that despite all these technological advancements in the delivery systems and everything around it, at the core is this very messy, lovely, old-fashioned business model."

But for how much longer? And where's it all going?

Jason predicts, "Definitely OTG (on-the-go content) is in play. We still work with the traditional platforms, but the traditional platforms are adapting and changing too. Amazon now has an app-supported platform, and that's going to spread further. I think more people are going to have their own proprietary channels—the various YouTubes and the Rokus and the Amazon Fires of the world."

In a way, this is all very encouraging to the filmmaker. Let your good-story-well-told film be what it wants to be, and the distribution strategy will emerge to serve it.

As Burkhardt says, "With all the change and evolution of distribution that's going on, making a good film is still really at the core of all of it."

Suz Curtis is a screenwriter who lives in Los Angeles with her 13-year-old Chihuahua, Choochie. She recently received an MFA in Screenwriting from UCLA.

END_OF_DOCUMENT_TOKEN_TO_BE_REPLACED

International Distribution: The Meeting of Art and Commerce