Although Spain now has a vibrant feature film industry-and an icon in internationally acclaimed director Pedro Almodvar-the country has no real documentary tradition.

"The marriage of Franco and documentary was the worst kind of marriage," says Joan Gonzalez, the founder of Parallel 40 Production Company in Barcelona. The Franco dictatorship lasted almost 40 years, from 1939-1975, and Franco had tight control over what was made, what was seen and how archival footage was used.

NO~DO-Noticiaro Documental, the state-sponsored newsreel program, was the sole means of visual communication that existed in Spain, for decades. NO~DO was formed by Franco in 1942 and lasted until 1981. While television did not arrive in Spain until the 1960s, people went to the cinema, and all cinemas were obligated to play NO~DO newsreels before the feature presentation. Thus, during the Franco era, NO~DO was Spain's only visual form of news and "nonfiction" information; it presented a Spain of which Franco approved-an ideal society in which strikes, opposition and conflicts didn't exist.

The years since Franco's death in 1975-including Spain's transition to democracy from 1975 to 1982-have been full of tremendous changes. In 2002, the documentary En Construccin (Work in Progress) by Jos Luis Guerin played in movie theaters across Spain for several months. It was the first documentary in quite some time to enjoy such a successful theatrical release. The film documents a construction site in Barcelona over a three-year period. It's a familiar story: an old apartment building is being demolished and its long-time tenants are being displaced as the developers build a new, upscale apartment, raise the prices and gentrify the neighborhood.

But this story is distinctly Spanish. Much more than a beautifully shot cinma vrit film, the film is a metaphor for issues facing contemporary Spain: an uncertain but promising economy, the country's position in the emerging European Union, issues of immigrants and immigration, and the legacies of the Spanish Civil War and the Franco years. While the cinma vrit style of En Construccin observes how these issues play out in daily life, rather than confronts them head-on, the film is a catalyst for discussion about a Spain enduring a string of social and economic changes-a welcomed reaction in a nation that hasn't had the opportunity to develop its documentary tradition.

But now, almost 30 years after Franco's death, people are feeling more secure with a democratic Spain. A generation has now come of age in a post-Franco Spain, and the still fresh wounds of the Spanish Civil War and the Franco years are just beginning to heal; there is a confidence that democracy will remain stable.

And this state of affairs has opened opportunities for an era of new possibilities for documentary filmmaking. The digital revolution has made access to cameras and editing systems both easier and more affordable, and the formation of university programs in documentary production has created both a vital documentary audience and a talent pool of filmmakers.

The notion of an independent production company is relatively recent. It wasn't until the late '80s-several years after Spain's transition to democracy-that independent production companies began to form. Also relatively recent is the creation of DOCUS and Tercer-Ojo. DOCUS is a membership organization developed under the inspiration of the European Documentary Network (EDN), with branches in Barcelona, Madrid and Andalucia. Tercer-Ojo Documentary Film and Video Association presents Docupolis, a film festival in Barcelona dedicated to the documentary; Tercer-Ojo also has a fabulous website (see below) with a wealth of resources for documentary makers in Spain and internationally. These organizations serve as connective tissue for the documentary community in Spain. Still, for many filmmakers in Spain, the world of making a documentary is new territory.

Gonzalez explains that it wasn't just Spain that was living under a dictatorship, but also the southern European countries of Portugal, Greece and, some years earlier, Italy. While other European countries were grappling with issues inherent in the documentary tradition, on a formal and aesthetic levelas well as a practical and financial level-these southern European countries were not. In an effort to help them develop their documentary tradition to a level on par with the rest of Europe, the EDN Project for Documentaries in Southern Europe was established in 1998 by EDN, with the support of the European Union MEDIA Program. The EDN workshops/conferences take place in Spain, Greece, Portugal and Italy.

DocsBarcelona, Spain's version of the EDN Project, is a collaborative effort between EDN and Parallel 40, which has organized the conference for the past four years. The fifth edition of DocsBarcelona, which took place last November in Terrassa, just outside of Barcelona, is a meeting ground and market-an opportunity for filmmakers, directors, producers, distributors and commissioning editors to come together and discuss ideas related to documentary, including the practical matters of funding, co-productions and distribution. The three-day conference is divided into three sections: thematic sessions, screenings and pitching sessions.

The thematic sessions discuss subjects that are of concern to filmmakers; this year's central focus was authors' rights, creative control and the blending of documentary with fiction. The screenings included two projects that were pitched and sold in previous years at DocsBarcelona: Bola de Nieve by Jse Snchez-Montes Gonzlez, and The Chinese Peanut Man by Alvaro Pardo. There was also a session with screenings of student films from the Masters Program in Documentary at the Universidad Autonomia de Barcelona.

The age-old concerns of financing, distribution and solid storytelling still prevailed, and these issues were addressed during the conference, most tangibly in the pitching sessions, the highlight of DocsBarcelona. This year, 18 projects from a pool of over 100 submissions were selected-10 from Spain and eight from other European countries. The filmmakers were invited to pitch their films to a panel of 11 commissioning editors from television stations in Spain, as well as from France, Belgium, Germany, Austria, Holland and Finland. Also present was one commissioning editor who dealt with theatrical release and feature-length documentaries.

The moderators, Paul Pauwels and Tue Steen Miller, had a good idea of which commissioning editor might be interested in a certain project, so they would ask those editors for their response first. The atmosphere was supportive yet rigorous; the editors were honest and direct with their reactions and feedback to the projects, asking questions about budgeting, feasibility and the target audience.

Filmmakers pitched projects on a range of topics, including several on immigration: Africanos (Dir.: Manuel Martin Cuenca; Prod.: Morena Films) looks at immigration from Nigeria to Spain; Aquaviva (Dir.: Ariadna Pujol; Prod.: Alea TV) follows people who have emigrated from other parts of Europe to Aquaviva, a small town in Spain; and Melilla (Dir.: Moiss Salama; Prod.: tico Siete) delves into the issues confronting the city of Melilla in North Africa, which belongs to Spain but is located in Africa.

Fatherland Zero (Dir.: Carlos Rodriguez; Prod.: Markab Creativos) about gays in the military in Spain, seemed to hit a nerve. Some of the commissioning editors thought this was an old issue from the '90s, while the filmmaker felt this subject had yet to be adequately explored in a documentary. The heart of the matter is Spaniards confronting their own past, and this opened up a whole separate subject of conversation. With the death of Franco, there was the need to forget the recent past. In order for Spain to become a stable democracy, discussions of the Spanish Civil War and the Franco years had to stay out of public discourse. As a result, issues, ideas and ways of exploring a subject that commissioning editors and other people outside of Spain might think of as well-trodden may not seem that way at home. This is new terrain for a country whose documentary tradition was dominated by NO~DO newsreels and just more recently has begun incorporating critical thinking into the documentary form.

Since DocsBarcelona is all about selling documentaries for television-the most likely prospects for financing and distribution-the commissioning editors speak with that medium in mind. And what might work for a regional audience won't necessarily work for a broader audience across Europe, unless the storyline is changed a bit. If a commissioning editor is interested in a project, a meeting is set up by the EDN with the filmmaker. The hope is that those pitching at DocsBarcelona will go home with a deal for a co-production and financing. Some do, some don't. Those in the audience don't find out until, perhaps, the completed documentary is shown on television or the following year at DocsBarcelona.

What is clear, however, is that the voices of Spain are beginning to be heard, and the foundation of a documentary tradition in Spain is on solid ground.

Laura Almo is a documentary filmmaker and writer currently living in Spain researching and writing about issues confronting contemporary Spain and working on a documentary about history and memory, silence, exile and identity in Spain's reopening of the Spanish Civil War.

Resources for Documentary-Making in Spain: 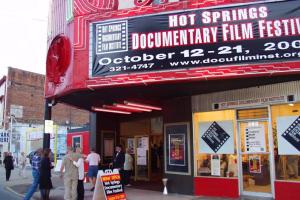 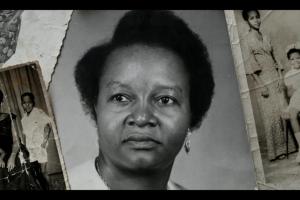 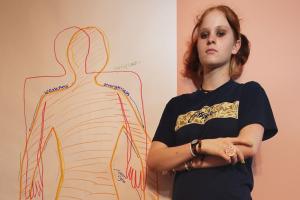 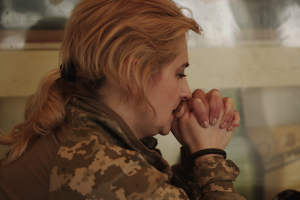 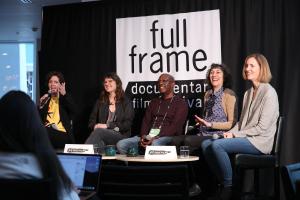 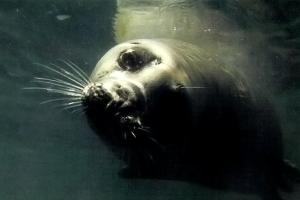