BlackStar Is the North Star for BIPOC Media Artists 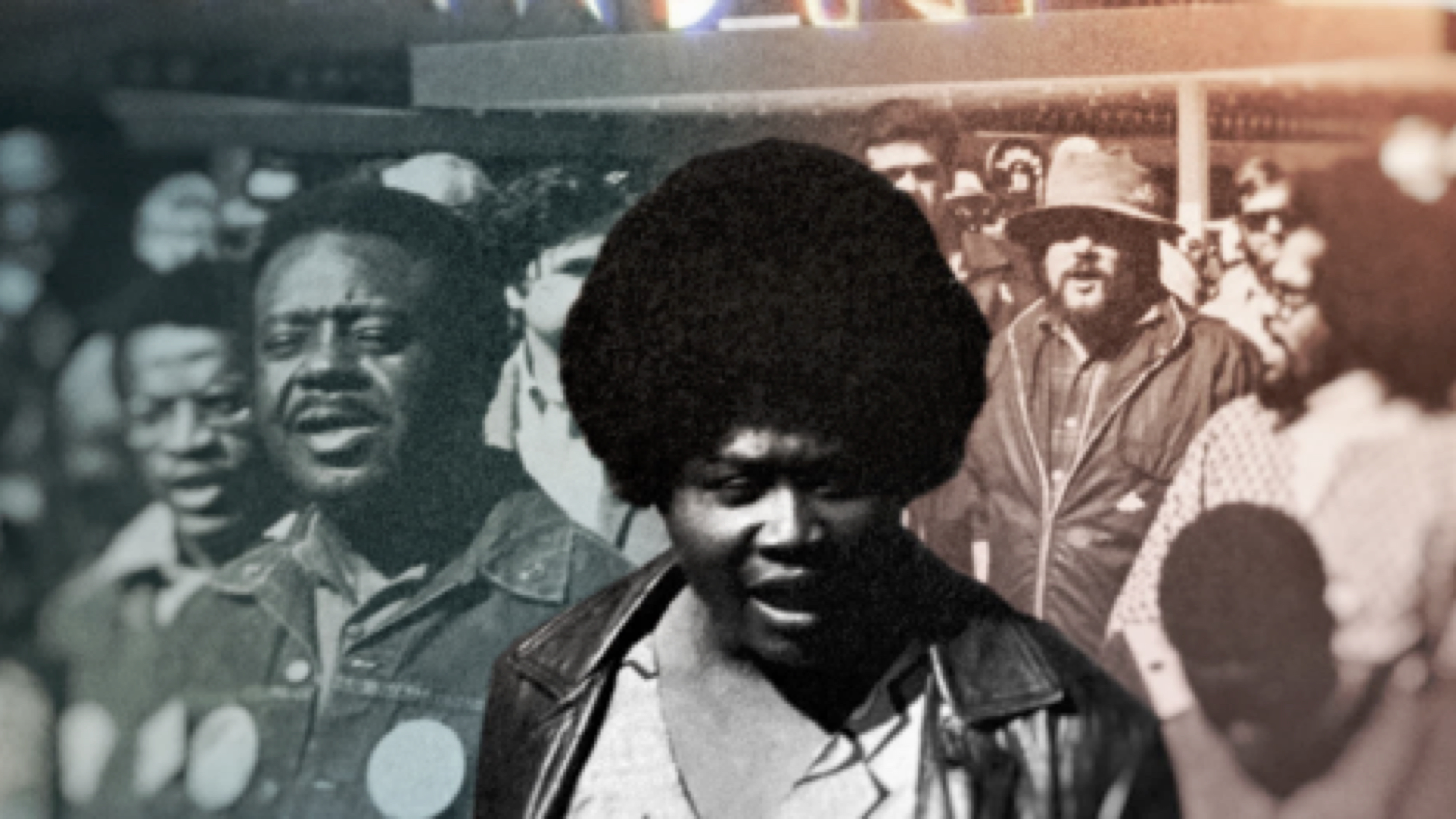 The 11th annual BlackStar Film Festival was back at the University of Pennsylvania’s Penn Live Arts at the Annenberg Center for the Performing Arts with a 76-film lineup representing 27 countries. The hybrid festival showcased many premieres including 16 world, eight North American, 12 East Coast, eight US and 25 Philadelphia premieres. The overall programming featured in-person and online screenings, live performances and events, and panels.

BlackStar is known for honing in on Philadelphia’s legacy as a historically Black city and celebrating Black, Brown, and Indigenous filmmakers and artists. Their programming has evolved over the decade from a festival format to include the Many Lumens podcast, Philadelphia Filmmaker Lab, William, and Louise Greaves Filmmaker Seminar, The Daily Jawn live talk show, BlackStar Pitch, and the film journal Seen. Last year, the festival became an Academy Award-qualifying festival for the Best Narrative Short and Best Documentary Short categories.

This year’s festival honored filmmaker Mira Nair with the 2022 Luminary Award. Nair appeared on both the festival’s podcast and its live streaming platform, in conversation with BlackStar Founder Maori Karmael Holmes. There were also nightly live studio audience recordings at Penn Live Arts of The Daily Jawn talk show, hosted by Karmael Holmes and Rashid Zakat, that included interviews with select filmmakers, musical performances, and a game show. Virtual panels at the festival included a workshop with Documentary Accountability Working Group (DAWG) members about the importance of values-based filmmaking practice, as well as a conversation on disability justice in filmmaking. This additional programming provided a refreshing take on the festival format.

Among the hefty lineup of programs and film screenings, several films from the BlackStar Film Festival lineup revolved around the themes of womanhood, grassroots power, and ancestry. 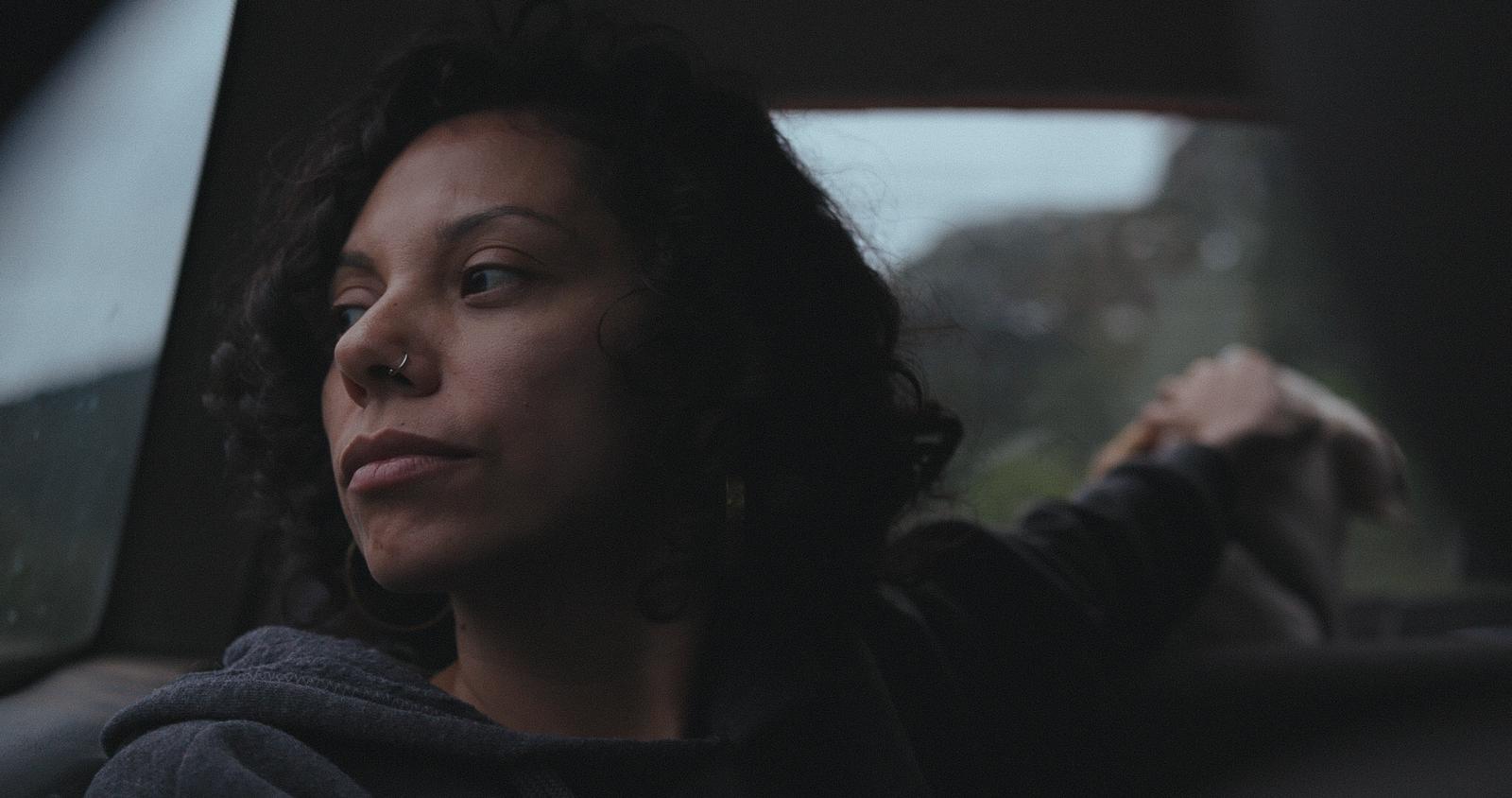 BlackStar Film Festival was founded and continues to be led by a group of imaginative and hardworking women and non-binary folks. The film lineup reflected that legacy by showcasing films that center women’s stories and rights, as well as generational healing. Three films in particular grounded this theme within the festival program: Storming Caesars Palace, Silent Beauty, and Wisdom Gone Wild. Both Storming Caesars Palace and Silent Beauty are ​​IDA Sarowitz Project Completion Fund grantees.

The festival’s opening-night presentation featured the world premiere of Storming Caesars Palace, directed by Hazel Gurland-Pooler. The film spotlights the story of Las Vegas labor activist Ruby Duncan, who led a grassroots movement of local mothers to fight the corrupt welfare system in the 1960s and 1970s. The powerful film centers the women at the forefront of an important feminist anti-poverty movement. Director Gurland-Pooler and protagonist Duncan were both in attendance to answer questions. The film received the Shine Award, which is awarded to first-time filmmakers and determined by BlackStar members.

Silent Beauty, directed by Jasmín Mara López, played at BlackStar following its Hot Docs premiere. The film is a compelling personal story about childhood sexual abuse and the difficult, yet, beautiful path toward healing. After the film, there was a grounding session consisting of exercises geared toward helping viewers decompress after the heavy film. This extension of care was much appreciated by the audience before they dived into a Q&A with Mara López.

Another world premiere included Wisdom Gone Wild, directed by local filmmaker Rea Tajiri. The film mediates on caring for an elder parent with dementia and the consciousness of elders. It interweaves archival footage with recent footage to find moments of humor despite difficult circumstances. Tajiri was in attendance for a Q&A with Jamila Farwell, Director of Documentary Series at Netflix. Wisdom Gone Wild received the Honorable Mention for Best Feature Documentary and was awarded the Audience Award for Best Feature Documentary. 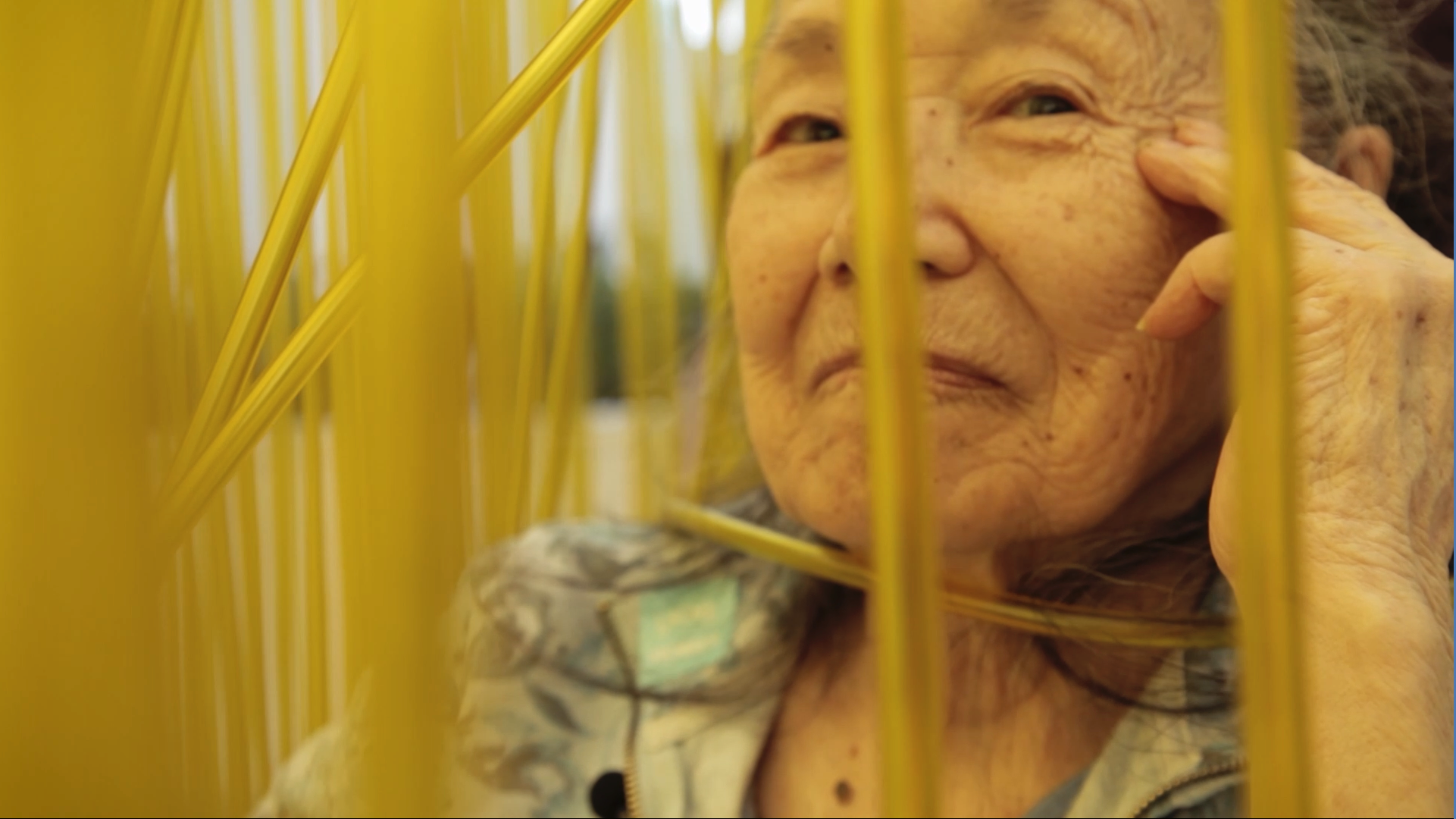 Community Organizing on and off Screen

The vision of BlackStar Film Festival is to build “a liberatory world in which a vast spectrum of Black, Brown and Indigenous experiences is irresistibly celebrated in arts and culture.” Prior to each film screening, BlackStar’s reel featured a short video that reinforced this vision for the future. The reel collaged intergenerational voices, the landscape of Philadelphia, and footage from across the globe to highlight the fight for liberation—from the occupied Lenni Lenape lands to Palestine to Puerto Rico. This same intent was also visible throughout the lineup which featured films centered on community organizing and healing.

Let the Little Light Shine, directed by Kevin Shaw, showcases the fight to preserve an African American elementary school near downtown Chicago. The families work to resist the gentrification that threatens to displace their students while replacing their school with another one favorable to wealthy families. Let the Little Light Shine is an IDA fiscally sponsored project as well as a Pare Lorentz Documentary Fund grantee.

Community building and healing was on full display in We Still Here/Nos Tenemos, directed by Eli Jacobs-Fantauzzi. The Spanish-language title of the film, Nos Tenemos, roughly means “we've got each other” in English and follows the resilience of residents in Comerio, Puerto Rico. After the devastation of Hurricane Maria, youth residents rise to an action in the face of a lack of government response and solution. This film showcases a new path toward healing—one that is community-centered and youth-led.

Lowndes County and the Road to Black Power, directed by Geeta Gandbhir and Sam Pollard, tells the story of fierce defenders of voting rights in Lowndes County, Alabama, in the 1960s. The town was composed almost entirely of Black residents, yet had no Black registered voters. Through archival footage and compelling interviews, the film weaves this timeless story of the fight to ensure voter rights.

While the communities featured in Let the Little Light Shine, We Still Here/Nos Tenemos and Lowndes County, and the Road to Black Power are vastly different in terms of geography and history, the issues at heart are the same—fighting to improve communities for the past, present, and future. The films provide a guide toward resistance and mending generations of trauma inflicted on the most vulnerable communities. 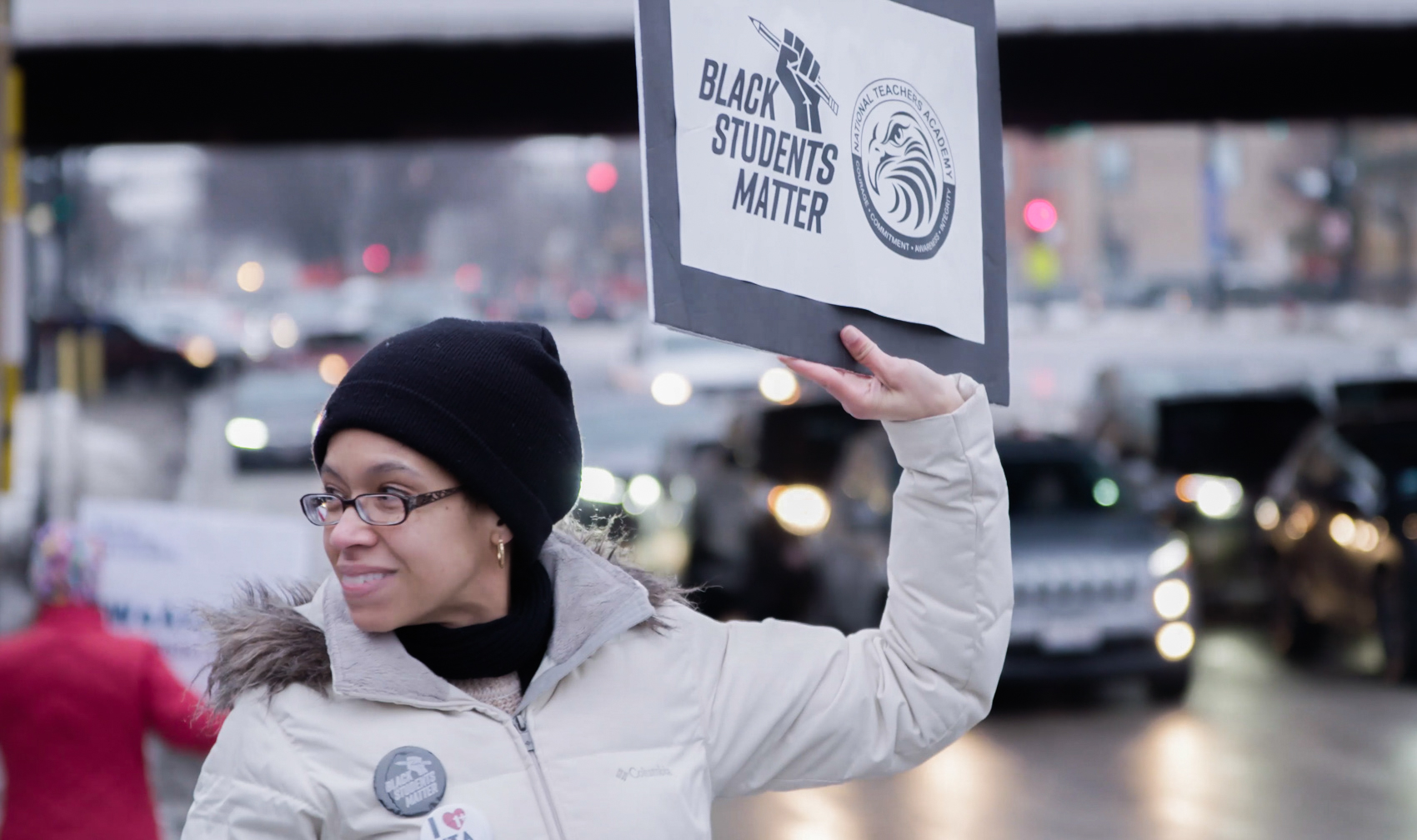 This year’s fourth annual BlackStar Pitch featured eight filmmakers working on short nonfiction projects. Each filmmaker presented their projects virtually and received feedback from a panel of judges, which included representatives from CNN, IF/Then Shorts, JustFilms, Firelight Media, POV, and WarnerBros/Discovery, among others. The filmmakers competed for the opportunity to receive an artist grant and consultancy from WarnerBros/Discovery’s OneFifty. The runner-up received an invitation to take part in the IF/Then Shorts’ FINISH LINE program.

This year’s BlackStar Pitch winner was Postcolonial Piñata, directed by Daniel Larios, which dives into the history and relationship between Christianity and piñatas. The Honorable Mention was given to the project Occupy, directed by Sonali Gulati, which uses portraits of people encountering personally impactful gendered spaces. Each of these projects will receive much-needed mentorship as the filmmakers work to refine their ideas and complete their projects.

A highlight of this year’s BlackStar Film Festival was also the world premiere of short films created through the inaugural Philadelphia Filmmaker Lab, presented by Black Experience on Xfinity. The Lab was designed to support four emerging and mid-career artists based in the Greater Philadelphia Area. It provided the filmmakers with everything necessary to complete their projects—funding, mentorship, space, equipment, crew, and more. 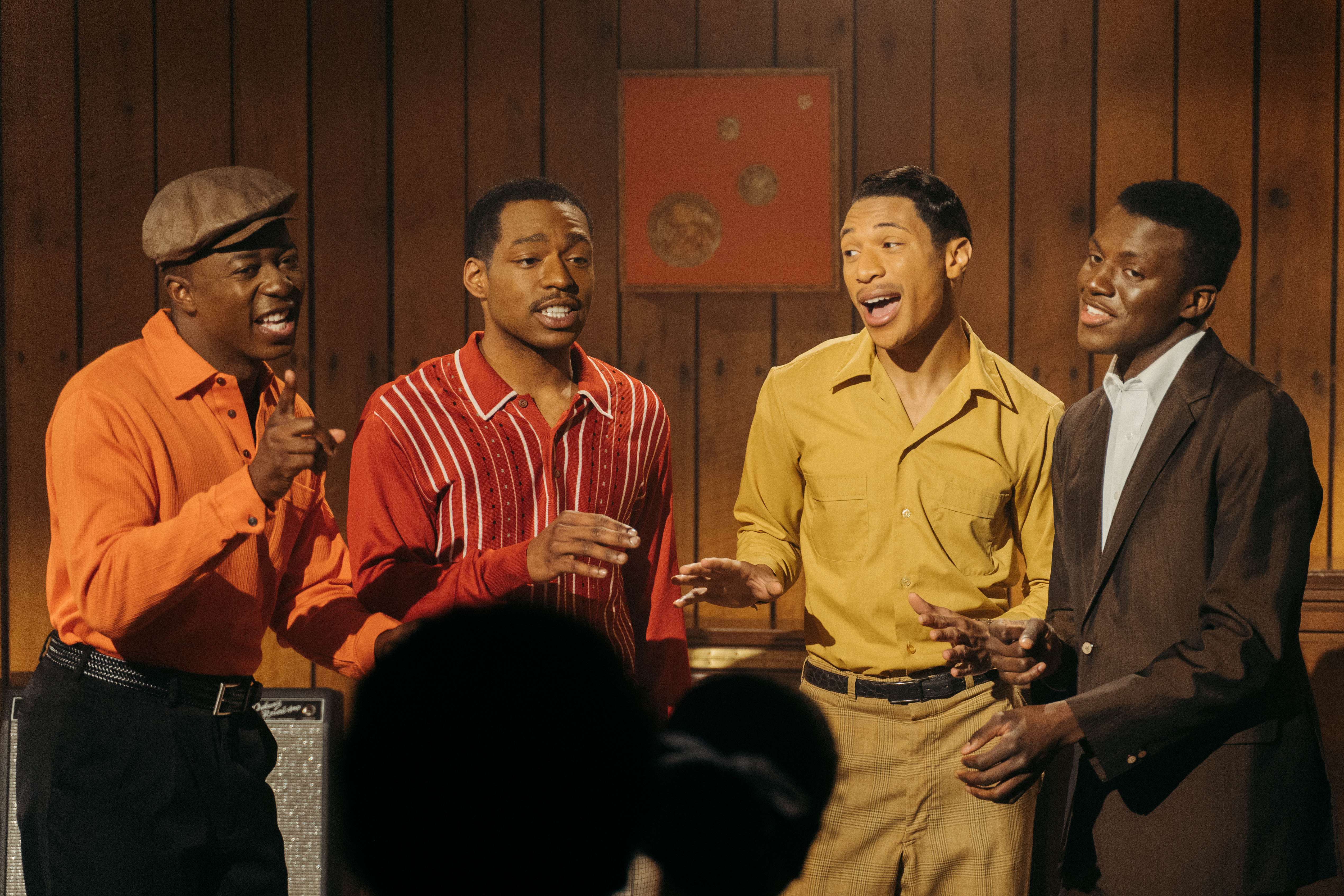 The projects ranged from experimental Afrofuturism to absurdist romantic comedies. Tonight, We Eat Flowers, directed by Bettina Escauriza, melds magical realism into a humorous story about phone hold music and birthday cakes. Set in futuristic Philadelphia, The Love Machine, directed by Jasmine Lynea, aims to paint a new perspective on family, acceptance, and love. The Big Three, directed by Julian Turner, goes back in time to reflect on Black representation in music. Combining surrealism and art history, Ourika!, directed by Xenia Matthews, points to the colonization of Black women’s bodies. Through the BlackStar Pitch and Philadelphia Filmmaker Lab, the festival has been able to help filmmakers create powerful new projects from development to production to distribution.

This year’s BlackStar Film Festival presented a range of programming that aligned closely with the mission and vision of the festival. The five-day lineup provided filmmakers and audience members with socially engaged cinema and art that aims to inspire and bring new perspectives to the screen. As the festival goes into its 12th year, we’re excited to see how it continues to grow.

Kristal Sotomayor is a bilingual Latinx freelance journalist, documentary filmmaker, and festival programmer based in Philadelphia. They serve as the IDA’s Awards Competition Manager and Interim Editor-In-Chief of the cinéSPEAK Journal. Formerly, they were the Programming Director for the Philadelphia Latino Film Festival and Communications and Outreach Coordinator for Scribe Video Center.