I first encountered IDA Founder Linda Buzzell's “baby” shortly after it was born. I had recently returned to Los Angeles after 14 years in New York learning my life’s work, mostly at CBS. Through a transplanted East Coast friend I was granted the privilege of a small office at the legendary Production Center at Third Street and La Cienega Boulevard in Los Angeles.

In this wonderful madhouse of independent producers and production facilities, I discovered a newly formed organization called the International Documentary Association. It was an ambitious title for a handful of LA documentary enthusiasts. If I were asked then whether the IDA would survive another 20 years, I might have hesitated, but would have answered “yes.” It takes a kind of blind optimism to make documentaries, and IDA has always attracted such folks.

Like a documentary project, IDA's history is filled with exhilarating highs and desolate lows. There were years when funeral arrangements were quietly contemplated, but always the patient took an unexpected breath and sat up to live another day.

In 1990, the gun barrel finally spun toward me. I bit the bullet and became president of IDA. I didn't face much competition for the job. We were in one of our lowest lows and deeply in debt. We had some wonderful awards programs and an impressive magazine, thanks to a great extent to Harrison Engle, my predecessor and one of IDA’s true visionary activists. But we weren't making enough money to pay for them.

During a similar downtime, IDA's second President, Bob Guenette, had decreased IDA's overhead by generously absorbing some of it into his production company. Even though I could hardly afford it, I decided to do the same with our largest expense, the IDA magazine. Breaking this news to my filmmaking partner and wife, Nancy, took some courage, but she finally agreed to become the magazine's unpaid editor. Our staff video editor and associate producer Brian Derby found himself learning the then-new technology of desktop publishing.

Along with others on the Board, I didn't think we could use the word “International” in our title if the IDA didn’t have the worldwide presence provided by the magazine. And it would have to be monthly to have impact. With Nancy sometimes writing and editing the majority of entire issues, and Brian laying out the text and photos on his computer, IDA saved money to survive, and we kept the magazine alive. Wilkman Productions was in the publishing business for most of my three-year presidency. And, even with its less-than-lavish format compared to today, I’m proud of what we did. When we handed over the editorial reigns to Diana Rico, the process of returning the IDA magazine to its present glory began.

But in 1990 we still needed additional income. IDA had many good friends in Los Angeles, but as always, most of the documentary business was on the East Coast. Cable television was an exciting new world for documentarians, so I turned to HBO, Discovery, Turner Broadcasting, Lifetime, Bravo, Time-Life Video, PBS and A&E to expand our Board of Trustees and add potential new sources for financial support. Thankfully, they all accepted.

Next,we needed to find a new executive director. With little to offer in salary, I turned to the Board for help. One of the newest—and thus most gullible—members was Betsy McLane. Overwhelming her reluctance by assuring her that this was only a temporary position, I convinced her to take the job. It turned out to be the longest temporary position in IDA history.

One of IDA's oldest dreams was an international conference. With our 10th Anniversary approaching, it was a wonderful idea to bring documentarians together from around the world, and also a great way to attract new members and additional financial support. It didn't take much to convince Harrison Engle to help lead the effort.

Thanks to one of IDA's staunchest supporters, The Eastman Kodak Company, and another of our most loyal and influential partners, the Academy of Motion Picture Arts and Sciences, along with many of our Trustees, old and new, the First International Documentary Congress was held on October 21-23, 1992. It was a resounding success. When it was over, IDA was solidly in the black. Now, ten years later, IDA is on its way into the 21st Century. What kind of world is it for documentarians? On television, there has never been more airtime devoted to nonfiction programming. This also means that there are more places to start out and learn. Unfortunately, quantity doesn't always mean quality or risky content. But a wonderful revolution in low cost video technology is taking place. It used to be that filmmaking was an art form in which most of its practitioners couldn't afford to own their own tools. Today making your own documentary is truly affordable. Getting it seen beyond your family and close friends will always be a problem, but having something to show increases the odds.

What has always made documentaries fun for me is the opportunity to work “hands on” with a project, like an old-style craftsman, without the buffer of hundreds of “helpers” found on a major series or movie set. Today, thanks to a Sony PD150, Photoshop, After Effects and an Avid MC1000, I’m able to take on projects that in the past would have been financially impossible. If that isn't the definition of a golden age for documentarians, I don't know what it is. And if the up-and-coming iMovie generation ends up adding more substance to the storytelling—wow, what a future!

Jon Wilkman is a producer, director and writer of nonfiction film and television. His recent projects include a three-part biography of Thomas Edison for A&E. 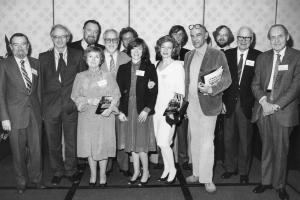 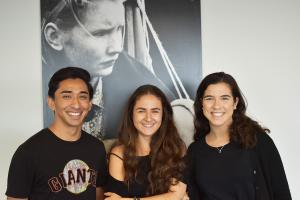 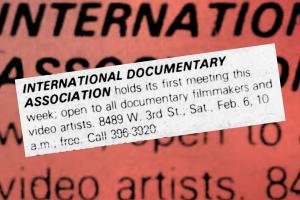 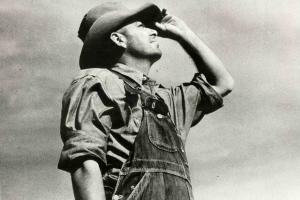 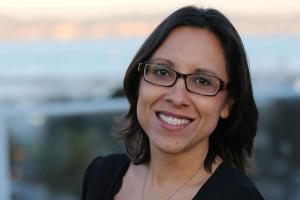 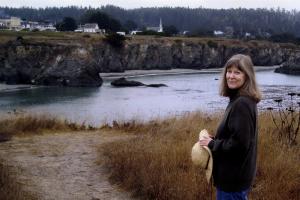