Home of the largest and busiest port in the world, the bustling Dutch city of Rotterdam seems the perfect host for a film festival. A town almost completely rebuilt after World War II bombing, Rotterdam's brutalist post war architecture suggests straight-ahead post-war efficiency, with little to offer in the way of "old world charm." Its vibrant immigrant communities, however, lend a far more modern atmosphere to the otherwise-staid air, and hint of a new, more exciting future for both the city and Europe—a future further unveiled and celebrated in the film festival's programming and, most effectively, in the global scope and range of the topics of the documentaries shown.

The Rotterdam Festival has gained a well deserved reputation as one of the largest, most diverse and at times exhausting film festival. Having no part of the festival to call its own, the documentary form could be found in any of the countless programs, sidebars, main features and spotlights that so overwhelm the visitor. Features include more than 100 films a day screened from 9:30 AM to midnight, a cinemart for directors with big ideas to cozy up to producers with big money, an "Exploding Cinema" section devoted to new media in Japan, after-hours drinks for filmmakers and audience members alike and continuous panels on everything from China's seventh generation directors to the future of digital video.

The festival has more than enough to keep a wide-eyed documentary seeker continually on the lookout, as well as on the verge of complete and utter exhaustion. But Rotterdam makes sure the films, not the deals, come first.

One of the highlights of the main program was the world premiere of Johan van der Keuken's De Grote Vakantie (The Long Holiday.) Van der Keuken was recently awarded the San Francisco Film Festival's Persistence of Vision Award in the US for several seminars and retrospectives. He is given celebrity status in Holland. The premiere here was treated accordingly, with all three screenings sold out and near bedlam during his appearance.

Long Holiday begins in October 1998, when the director is told that prostate cancer has overtaken his body, leaving him with only a few years to live. Deciding to spend the rest of his days looking and listening, van der Keuken and wife Nosh leave for a tour of the world, taking with them their old 35mm and new digital camera. Part metaphysical travelogue, part ethnographic discovery, the film exists both on the road and in the mind, spending as much time lingering over the atmospheres and auras of Bhutan, Mali, Brazil or San Francisco as it does dwelling upon the acceptance and mentality of life, death and mortality. A somber work, yet continually, willfully vital, the film left the Rotterdam audience transfixed, and van der Keuken's power as a filmmaker even more deified here.

Surprisingly similar to Long Holiday in terms of its global scope and exploration of mortality, Heddy Honigmann's Crazy was received with similar acclaim. Honigmann, rapidly approaching van der Keuken's fame in Holland and abroad, remains best known for O Amor Natural, which featured elderly Brazilians reciting the love poetry of their country's most reknown poet Carlos de Andrade, and Underground Orchestra, a look at immigrant street musicians of Paris and their flights from the various wars, conflicts and brutalities of their home countries. In Crazy she further expands the multicultural approach of Orchestra, and again highlights the ways that music helps overcome or at least sooth memories of violence.

The "new" traumas and conflicts of Chechyna were featured in Jos de Putter's Making of a New Empire, a work built around the stunning real-life persona of Chechen Mafia boss, political leader and freedom fighter Khozh-Ahmed Nukhayev. The film weirdly echoes the same gangster-isms featured in Rotterdam's simultaneous retrospective of Japanese yakuza director Kinji Fukasaku's work. Nukhayev tells tales of mob violence, getting "respect" and battling for both cultural honor and personal humanity. Merged with scenes of political meetings, folk dances, impromptu Chechen historical lessons and the ever-increasing threat of war, his anecdotes and willful presence lend an almost personable, jovial air to the film.

Not all was mortality and trauma on the documentary front, fortunately. Two other Dutch music documentaries took highly visible elements as their subjects. André Hazes: Zij Gelooft in Mij, by John Appel, examined the life of famed Dutch singer André Hazes in a faux-fictional structure, while the more traditional Golden Earring: Don't Stop the Show, by Rogier van der Ploeg, followed the popular Dutch band around the world and back home to the Hague, with the usual rockdoc mix of music, interviews and videos, leaving the Dutch audiences satiated. However, casual viewers may be left more bemused than fascinated.

Ramon Gieling's De Gevengenen Van Buñuel (prisoners of Buñuel) presents a straightforward look at the present-day inhabitants of Las Hurdes, the town made infamous as the site of Luis Buñuel's classic documentary Land without Bread. While probably too straightforward to please modern fans of Buñuel, the work does feature the surreal sight of land without Bread being screened in the town square, watched by various surviving members of the original and the at times belligerent modern-day inhabitants.

Scattered here and there among the hundreds of films and screenings at Rotterdam, these documentaries were worth the search. Documentary filmmakers were treated on an equal basis with their narrative counterparts, and could often be found after their screenings, besieged by a phalanx of inquisitive audience members. Festival staff remained a bastion of good cheer, however, no matter how luridly hectic or haze-inducing the cigarettepuffing crowds became. Possibly they were secure in the knowledge that Rotterdam's reputation is growing, both in terms of the quality of the films presented and the friendliness and ease which surrounds the entire affair.

Jason Sanders is a freelance writer and film research associate at the Pacific Film Archive. 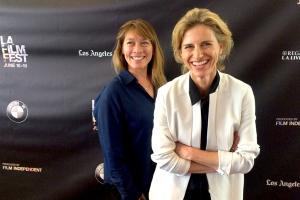 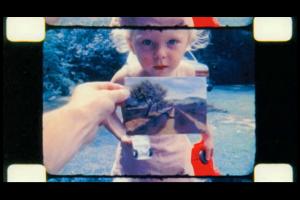 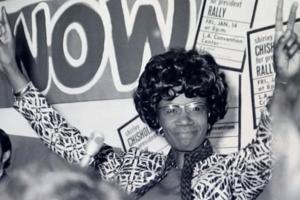 May. 31, 2004Feature
Politics on Parade in Park City: Sundance Films Focus on Subjects Who Bucked the US System
Read More 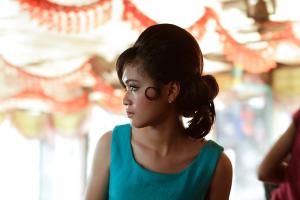 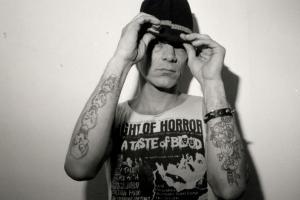 Online Feature
The Docs at Cannes 2014: A Battalion of War Films
Read More