The first-ever Irish documentary film festival, dubbed Doclands, was launched with a flair, appropriately honoring one of the living legends of documentary, Albert Maysles, with a retrospective of several of his most acclaimed films. Maysles also graced the event with a directors workshop. The three-day film marathon and market took place October 24-26 at the Irish Film Center in Dublin. The reputation of the Irish warmth and hospitality is not exaggerated, particularly with Jameson’s being one of the sponsors of the event; the whisky was flowing, indeed, and that’s no blarney.

May The Road Rise Up headlined opening night, preceded by a welcoming reception and exhibition of the photographs of Alen MacWeeney that inspired the film. The photos, taken during the 1970s, capture a unique group of people living on and by the road throughout Ireland. What was amazing is that three decades later, renowned Belfast-based director John T. Davis and MacWheeney were able to find many of these people again and learn where their road had taken them. MacWeeney had the inspiration, if not foresight, to record many of the conversations he had had with the travelers to correspond with his discerning images; the comparison and revelations rendered a very moving and spontaneous feel to the movie. Such an auspicious opening night foretold the quality of the 28 films that screened over the course of the festival.

Although the main premise of Doclands was to provide a forum in Ireland for Irish documentary makers to promote their work and meet fellow documentarians, the festival offered a significant array of international films. Among the highlights were Images of A Dictatorship, Canadian Patricio Henriquez’s powerful film on General Augusto Pinochet’s regime in Chile; Gaea Girls, award-winning British director Kim Longinotto’s film on Japanese female wrestlers; The Exhibited, Jesper Jargil’s film on Dogma filmmaker—and fellow Dane—Lars von Trier; and Chris Smith’s American Movie, winner of the Grand Jury prize at the 1999 Sundance Film Festival. Other countries represented were Finland, Australia and Spain

Some of the best of the Irish films included premieres of An Bothar Fada, Barrie Dowdall’s often heartbreaking story of an Irish Navy and emigrant worker who labored during the great reconstruction of Britain after World War II; Aidan Walsh – Master of the Universe, Shimmy Marcus’ touching portrait of one of Ireland’s most eccentric underground characters; and Dan, Dan, Dad and Me, Lisa Mulcahy’s poignant diary of her family and their relationships with each other from the civil war to the present day. In addition, Doclands screened the Irish Film & Television Academy Award-winning The Hard Road to Klondike, directed by Desmond Bell of Northern Ireland. The film tells the gripping story of Irish emigrant Mici MacGowan and his trek across America in the early 1900s to the Yukon Territory after the gold rush.

Juxtaposed with the screenings were the film market, master classes and industry seminars. Maysles gave a two-hour director’s workshop in which he spoke about his experience as a director and showed clips from his work. Seminars included a workshop from the European Documentary Network (EDN) that offered information about co-financing and funding in Europe and the US, with a kind of guided tour of European documentaries that utilized clips of recent highlights from both commercial and artistic approaches. Elsewhere, RTE hosted a panel session concerning reality TV, docu-soaps and how new media formats and storytelling methods have led to entirely new ways of producing and consuming reality.

Doclands was born out a call from the Irish film industry to hold an event for documentary in Ireland. The Irish Film Board responded, and ION Entertainment was selected to make the vision valid. Thanks to ION’s founding partners Sara Corcoran and Gemma Dolan, Doclands made a stellar debut, securing significant sponsorship and attracting a large audience. The next Doclands is under discussion for either fall 2001 or spring 2002. Save the date, and make Ireland a destination for fine films, camaraderie and a dram of Jameson’s or pint of Guinness on the side.

Stephanie Mardesich is a Los Angeles-based freelance writer who divides her time between California and the UK. 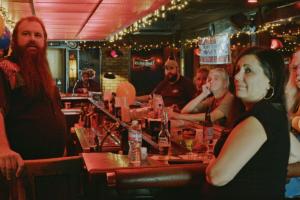 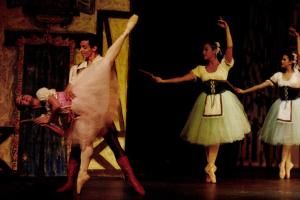 Aug. 31, 2005Feature
Controversy and Politics: It Wouldn't Be the San Francisco International Film Festival without Them
Read More 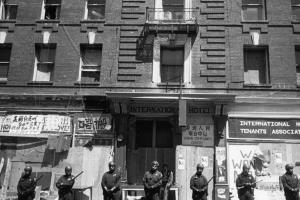 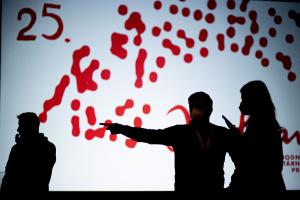 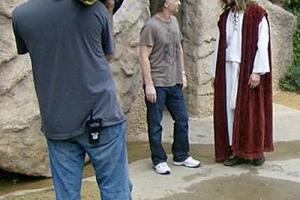 Online Feature
Lighten Up! BRITDOC Debates the Serious Side of Documentaries
Read More