The digital edition of Getting Real ‘20 has underscored the driving themes—”Access. Power. Possibility.”—by serving up riveting conversations from around the world, enabling filmmakers from, say,  the Global South to engage with their counterparts from the American South and map out strategies and paradigms for the future.

The participants discussed how they’re exploring issues of post-colonial reclamation—of Sub-Saharan African identity, heritage, culture, memory and history—in their respective work. Kibinge underscored the conversation by paraphrasing the Docubox manifesto: “We are all Africans. Humankind and storytelling began here. African history didn’t end with colonialism. We need to show people who we truly are.”

As a mixed-race Kenyan, Ndisi Herrmann, in making her new film, Hearts and Altars, was drawn to the story of mixed-race children born in the Democratic Republic of Congo during Belgian colonialism—when miscegenation was illegal. Belgian authorities conspired with Catholic clerics to take these children from their African mothers, relocate them to convents in the DRC, and finally repatriate them to Belgium, where their birth certificates were confiscated and they were forced to assume new identities. It is this erasure—enforced statelessness of colonized and indigenous children—that was borne out in other iterations in Australia, the US and Canada.

Kaitare’s If Objects Could Speak was inspired by a report of a Congolese activist who confiscated African artifacts from a museum in Europe. Kaitare himself, upon visiting a museum in Stuttgart, Germany and also discovering African works of art, maintained in the session, “I found out about my history by visiting a museum in Germany. I got to know more about me as an African by being in a foreign country.” He and his team created an augmented reality piece about the objects in the museum—many of which were in storage, and not on display, and all of which were appropriated in 1903 from a Kenyan tribe. Kaitare took 3D scans of the objects, and heeding the African adage, “If an elder dies, an entire library collapses,” he took it to an elder, who, upon appraising it, testified to its spiritual and national importance.  “These objects are contemporary in their meaning,” Kaitare maintained. “People have a relationship with these objects. You kill off that, and you kill off a people. This is why we need our objects back: to rebirth them and keep them alive.” 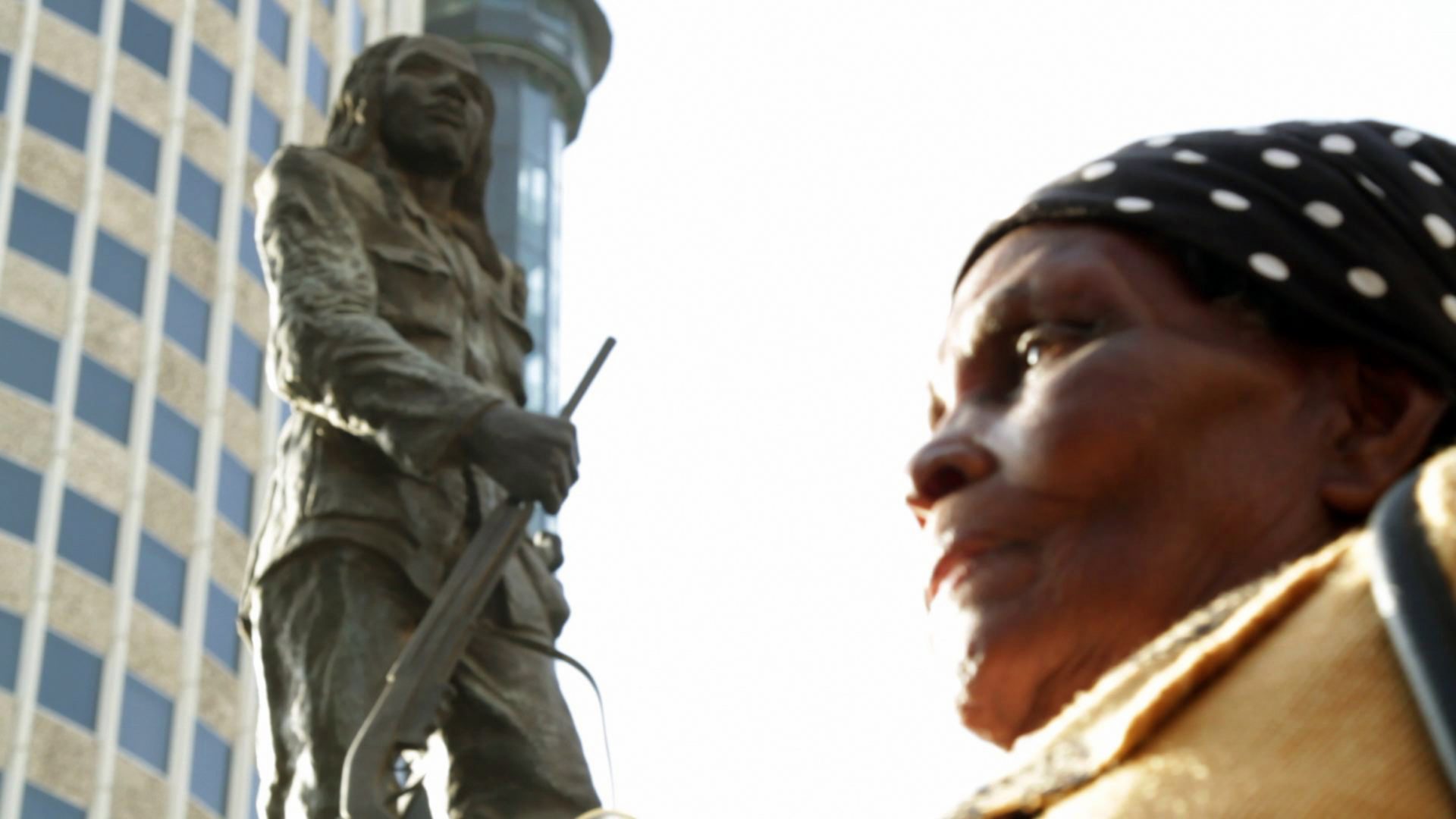 Zippy Kimundu and Meena Nanji’s Testament tells the story of a freedom fighter in Kenya who was hanged and then disappeared by the British during the colonialism period and whose widow and daughter embark on a mission to find his remains. “It’s about unburying and reclaiming Kenya’s history, which has been taught from a British perspective,” Kimundu explained.

“Colonialism is so much about the violence of culture, imposing a system of domination, and destroying minds and spirits and beliefs,” Nanji added.

“In colonialism, since the British are glorified in the history books and the Kenyan perspective is denied, whiteness is a thing to aspire to. That is not what we’re aspiring to.”

Nanji noted how—despite living in Los Angeles, and being a South Asian born in Kenya—she feels deeply connected to Kenya, and preliminary its landscape and its natural resources that have been so plundered and decimated by colonialism. She lauded the elders as stewards and protectors of the land.

The idea of media reparations discussed at an earlier session in Getting Real ‘20, resonated here, and Nanji pointed out the long history of underrepresentation of Africans both on-screen and behind the camera. Ndisi Herrmann ventured further, calling for an archival footage reparations group, since so much of African history on film is housed outside of Africa and often prohibitively expensive to acquire, digitize and make more accessible.

“We are warriors,” Kibinge exclaimed, in underscoring the spirit of the session.

“You can honor and bring back and agitate with documentary.”

Tom White is the editor of Documentary magazine.

END_OF_DOCUMENT_TOKEN_TO_BE_REPLACED

Reclaiming History in the Congo: Through Both Documentary and Feature

Fathers and Son: 'Disciples' Is Harris' Latest Exploration of Cultural and Personal Identity