This has been called a new Golden Age of documentaries—with more of them being made and experienced by audiences than ever before. It's certainly golden for short docs, which used to dwell in relative obscurity before the Internet opened up unprecedented distribution opportunities.

"Online is a natural home for short documentaries because it's a place people go to watch things that are usually shorter in length," says Kathleen Lingo, series producer and curator at The New York Times' Op-Docs, one of a growing number of platforms for the short form."We've run films between one minute and 30 minutes. The most important thing with Op-Docs is always that the film is good. There are no arbitrary limits on length."

"It's an incredibly good time for short docs online," echoes Charlotte Cook, co-founder of Field of Vision, a video division of The Intercept that launched last September. "We are commissioning, funding and publishing cinematic journalism, so we're looking for stories that are told in an artistic way," Cook said at a panel discussion on short docs, which took place at Kickstarter's space during the Sundance Film Festival. "We're actively doing half assignments and half commissions. So we want people definitely to pitch to us."

In the past, distribution options for short films typically were limited to film festivals, HBO and POV. Now the players—besides Op-Docs and Field of Vision—include Viceland, Vimeo, Canal+, Cinelan, the National Film Board of Canada and Condé Nast's The Scene, a"digital video storytelling network." The UK-based Guardian, likewise, has built a nonfiction video platform, which so far has distributed more than 30 short films. "When we started out, we were doing original commissions, cut-downs—short versions of longer films," says Charlie Phillips, head of documentaries at The Guardian. "Now we're moving toward original commissions and work-in-progress versions and maybe less cut-downs, just because I think there's a really interesting space there for people with original ideas." 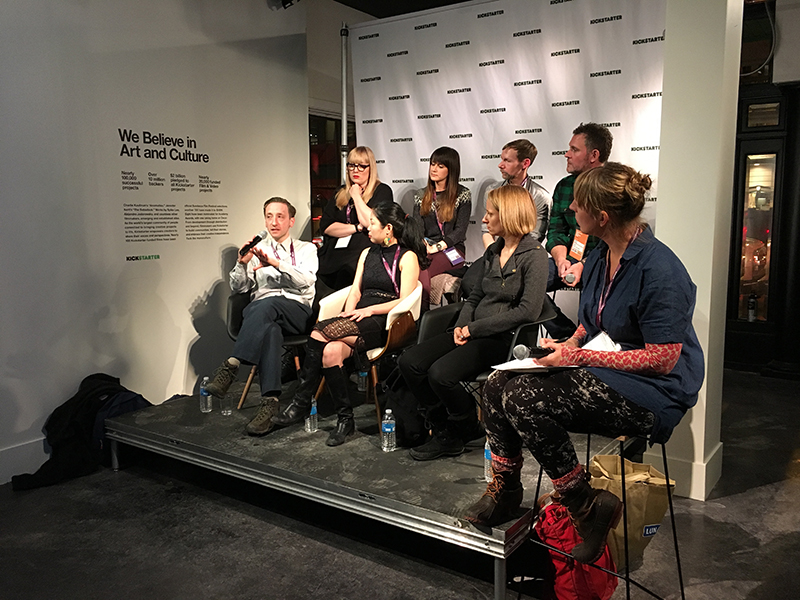 "We offer a few thousand dollars," Lingo told the audience at Kickstarter's Sundance panel."That's what I always say."

"We pay for what the films cost and that includes the filmmaker taking a fee," says Cook about Field of Vision's remuneration policy. "We absolutely do that." For documentary filmmakers who partner with Vimeo, the economic model is significantly different. According to Peter Gerard, director of Video on Demand for Vimeo, filmmakers decide what—if anything—they want to charge viewers to see their content. "They set their own price, they choose whether it's to rent or to buy and then they earn 90 percent of every sale that comes in. You have these filmmakers who are doing both, where they're making free content and paid content and bringing people back and forth between them."

The New Yorker Presents, a new series on Amazon Prime Video, has commissioned short documentaries from acclaimed filmmakers such as Steve James, Jonathan Demme and Roger Ross Williams. Showrunner Kahane Cooperman avoids specifics when asked about budgets for the short films. "They're not public; we like to say they're not huge, but they're not nothing," Cooperman shares. "They are, I think, probably just enough—in some cases barely enough—to get it done. It was also not like bare-bones. We didn't want anyone suffering." 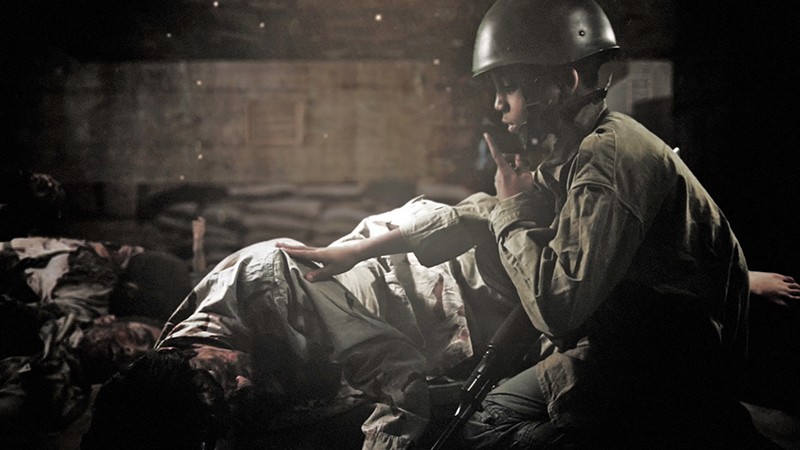 These emerging short-form platforms set rules regarding rights to films they license, which can range from restrictive to liberal. On the Field of Vision website, co-founder Laura Poitras notes, "We're licensing the work itself that's coming to us, but the rushes, the footage, the copyright stays with the filmmaker. So we're just licensing that particular work—we're not trying to restrict what filmmakers can do in other ways."

For Op-Docs, it's a slightly different arrangement."In most cases, it's a joint copyright and filmmakers are free to go on and sell the film to another outlet, find other distribution for it," says Lingo. "We don't ask for any money if they do that."

Doc-makers who post films to Vimeo and Vimeo on Demand assume responsibility for rights issues, Gerard says. "It does come down to the filmmakers making sure that they've done all of the clearances they need and have all the rights taken care of," he notes. "With free videos you need to have worldwide rights to share your film. Within Vimeo on Demand—say you've sold your short documentary to ARTE and you don't have the rights to put it online in France—you can actually block that out and make it available to purchase everywhere apart from France." 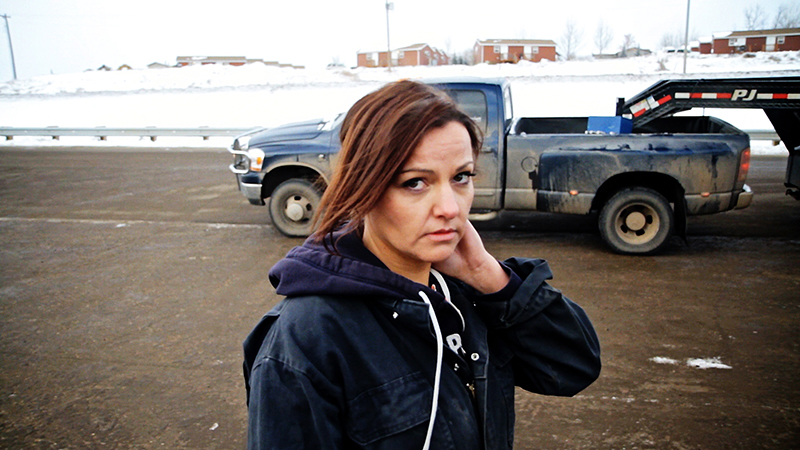 For James, it was a breeze working with the team at The New Yorker Presents. "We had complete autonomy in terms of the making of the film. They really treated us as contributors in the best sense of the word. Then when we had a cut, we sent it to them and they gave us their thoughts and notes—smart thoughts and notes, just like any good editor."

Lingo says The New York Times deploys its vaunted resources in the editorial vetting process. "Usually we get involved with films at around a rough-cut stage; we do give notes and go through a few different cuts. And we also fact-check all the work that we publish. We do get involved in shaping the films the same way a print editor working with a writer would give notes on drafts." Field of Vision commissioned filmmakers Michael Palmieri and Donal Mosher to make Peace in the Valley, a 15-minute short on the controversy over an anti-discrimination ordinance in Eureka Springs, Arkansas, that protected the town's LGBT community. "They gave us full creative license to take the approach we wanted," Mosher said at the Kickstarter panel."For us, the new territory was having to negotiate the length and the format. We had to trim it down."

Five to 20 minutes is the length The Guardian is looking for, Phillips says. Beyond that, "Films can be from anywhere in the world on any subject." Lingo says Op-Docs is looking for a particular filmmaking approach. "Op-Docs was meant as an extension of the Op-Ed page, and the mission is similar: to provide a platform for voices from outside The New York Times to give their point of view on issues of the day," she explains. "They need to be point-of-view-driven, but what that means is really broad."

Lingo cites some examples: "An Op-Doc called Solo, Piano, which is about a piano that was left abandoned on a street corner; the film is made up entirely of still photos set to music. And then we have films like work by Brian Knappenberger on torture in Guantánamo that is the complete other end of the spectrum." 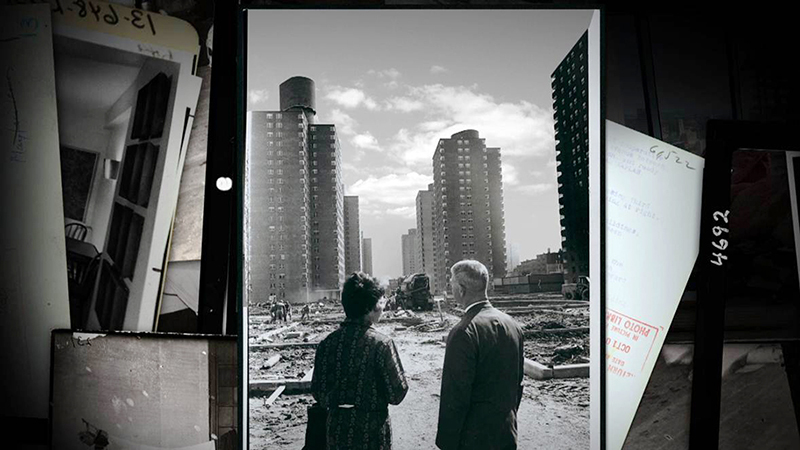 The new short documentary platforms differ on their approach to viewership data. Lingo, for instance, says it is the Times' policy not to release click numbers. "We're not chasing metrics," she explains, but adds, "We have things on YouTube with more than a million views, like 35 and Single."

Similarly, Cook says Field of Vision deliberately avoids releasing or even compiling click data—in part to get away from a metric-driven mindset. "At The Intercept [and Field of Vision], they have a very limited tracking of who's watching what," she says. "We know very little."

But Phillips does not make a secret of clicks for The Guardian's short films. "It seriously varies," he says. "It could be anywhere from a minimum of 75,000, let's say, up to…I think five million is the biggest so far. Even the low end is really quite substantial."

At Vimeo, filmmakers decide whether to display a running tally of clicks. "Our counter is optional—it's up to the owner of the video," Gerard says. "If you upload a film and you don't want people to see the number of views, you can turn that off."

The expansion of platforms has opened up dynamic possibilities for distributors and filmmakers alike. "We are all creating a genre right now," Lingo says."What we're all trying to do is raise the level of storytelling."

"It's giving opportunities to filmmakers," Phillips adds. "Rather than spending years making their feature doc and getting really frustrated—I mean, they can still do that—they can do their short and they can just make something creative and get it out there. It's also giving an audience that is hungry for documentaries the chance to actually see them. And to me that's really exciting."