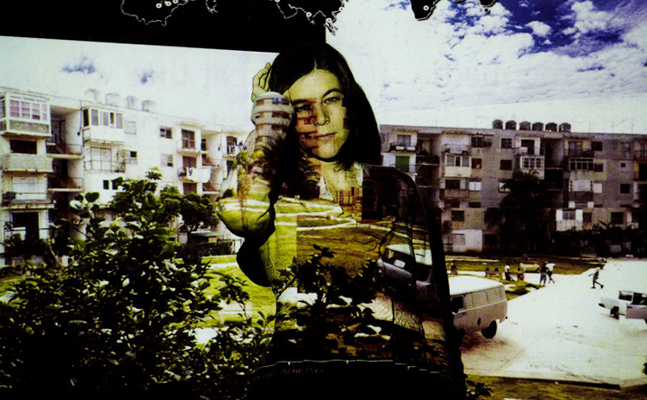 It is not surprising that the Tow Center for Digital Journalism's research project, Video Now—which examines current trends of news publications' video departments, focusing on October 2013 through February 2014—comes with this disclaimer: "The organizations that we visited and feature may all have moved on to new models by the time you watch this." It is a swiftly shifting world, with new leaders emerging and partnerships being formed everyday in the race to produce quality video content and maintain and grow audiences. Publications formerly steeped historically in print are forging ahead into unchartered territories to create video content not only that complements and adds dimension to written pieces, but also showcases short-form and interactive documentaries that stand on their own as forms of journalistic storytelling.

Video and multi-media content produced by newspapers and magazines now plays a substantial role in targeting new audiences, along the way creating opportunities previously unavailable to documentary filmmakers. For the readers of long-existing print publications, this content often comes as a surprise. "I still get that all the time: ‘You're a video producer at The New Yorker? What does that even mean? I didn't know they do video,'" says Sky Dylan-Robbins, video producer at The New Yorker. Currently, The New Yorker primarily produces all of its content in-house. The video department, consisting of two people, produces two types of nonfiction videos: up to three videos a week that live independently on newyorker.com and, in conjunction with writers and editors, as many as six videos a week that further augment written content.

Asked of the rewards of working full-time as a filmmaker (Dylan-Robbins shoots and edits many of the pieces herself) at a publication famously known for print, she responds, "As filmmakers, we are at this turning point in how people consume media. It's so great that we can make films and video content, and that that is what people are looking for. It's cool we can be part of the media revolution, so to speak."

This revolution also means a redefining of terms. It took a while during our Skype chat for me to realize that when Dylan-Robbins discussed supplementing of video or multimedia content for written articles for the "magazine," she was referring to The New Yorker as viewed on a tablet device. Tablets have shifted the entire publication paradigm, allowing the differentiation between free or paywall-protected content online and a model more in line with a traditional print subscription model. How a publication's content is viewed, shared and ultimately paid for by its audience factors into viewership, video budget and revenue.

Founded in 1925, The New Yorker's voice was developed, refined and ingrained in the expectations of its readership long before video came along. There is an expectation of consistency of voice throughout all its storytelling, which can prove challenging for a relatively young department, says Dylan-Robbins. "Everyone is thinking about how they can maximize their online presence while staying true to their brand," she explains. "The New Yorker is such an institution, so everyone has been thinking very carefully about how we can shift things to this new world while staying totally true to what The New Yorker is and always has been. There is always this trial-and-error period. We do something and say, 'Wow, that worked so well. Let's iterate.' Or, 'That's not the best, but now we know we can improve.' It's three steps forward with maybe a half a step back. Then more steps forward."

Kasia Cieplak-Mayr von Baldegg, executive producer of video at The Atlantic, found similar challenges when she was building her department. Originally hired to curate and license a mix of videos from around the Web, with a focus on nonfiction, Cieplak-Mayr von Baldegg explains what the process was like from the very beginning:  "We set out to answer two questions: Was there an audience for Web video on theatlantic.com? And would our advertisers be interested in video? The answer to both questions turned out to be yes, and two years later we launched an in-house production department dedicated to creating original video for the site."

Cieplak-Mayr von Baldegg's team currently consists of herself and three full-time video production staffers. Their department is growing rapidly with the recent hire of a curator to continue licensing videos and working on partnerships and audience development. She plans to add two more full-time producers this spring. "We get to explore what Atlantic journalism, with more than 150 years of history behind it, looks like in video," she says. "It's a thrilling opportunity to develop new formats of nonfiction storytelling built for the Web, but it also comes with challenges: How do you produce quality journalism and adhere to high production values while moving fast with an incredibly lean team? How do you innovate constantly to keep up with the rapidly evolving world of online video? There's no proven formula—but I love that. It gives us a chance to build something from the ground up."

Asked what advice she has for filmmakers looking to work with The Atlantic, Cieplak-Mayr von Baldegg says, "Well, it's not that mysterious. We look for compelling topics that shed light on some larger theme or idea, and strive for clean, beautiful production values. There's a kind of directness in Web video that we appreciate too. And we experiment constantly!" Cieplak-Mayr von Baldegg says she's proud of the broad range of formats her video department explores. Some examples of her favorite pieces for The Atlantic: "Where Time Comes From, a documentary about a scientist at the US Naval Observatory, explores a very big question in a lovely, visually intriguing way. SODA POP COKE, an experimental infographic of sorts, captures the charms of the famous Harvard dialect study in an inventive way—and it's our biggest viral hit to date. Dr. Hamblin's video series on health topics, If Our Bodies Could Talk, is both funny and informative."

The New Yorker's Dylan-Robbins offers this advice for filmmakers: "We love getting submissions, but we don't take pitches. We look at almost fully formed videos or rough cuts; it is easier to see if it is our voice. We pay for the ability to show it first, then the filmmakers can do what they want with it 90 days later." Among The New Yorker videos of which she's particularly proud, Dylan-Robbins cites Peter Rosenberg: A D.J. Who Actually Plays Records, which adds texture to a written piece; Thank You for Vaping, a 15-minute documentary that demonstrates that an of-the-moment topic can be explored in a different way; and Inside the Home of the New Year's Ball, an evergreen piece on a unique part of New York history.

For a filmmaker, working closely with a publication to create an original work can provide its own unique opportunities. HIGHRISE director Katerina Cizek worked with The New York Times Op-Docs to create the interactive documentary A Short History of the Highrise  and saw the collaboration as an incredibly interesting and educational process. She cites the in-depth editorial conversations and The New York Times' rigorous fact-checking as invaluable components of the creative process. "We think of the Times as 'deep collaborators,'" she maintains. "The project was an example of the sum being greater than the parts. Neither of us could have done this alone" Cizek and HIGHRISE producer Gerry Flahive were able to bring their experience and knowledge of "vertical living" to the collaboration, and The New York Times opened their archives, and digitized and provided clearance for the images.

The project, which originally began as a single film, grew into three interactive films because of the hands-on collaborative process. Op-Docs is now widely known as an opportunity for documentary filmmakers to expose their work to new audiences, but a project like The Short History of the Highrise showcases what a publication can offer a filmmaker outside audience-building, including the process of working with a highly trained news editor and the opportunity for prestigious awards. The Short History of the Highrise was honored with both a Peabody Award and a First Prize for Interactive Documentary at the World Press Photo Multimedia Awards this year.

On these types of collaborations Cizek advises, "Publications are like all relationships. Best not to try and ‘sell' them something. Rather, find a partnership that works on both sides. Presenting a ‘jeweled box' rarely works." Flahive adds, "These partnerships are more promotional than a business model; no one is writing huge checks to each other, but our audience grew and 5,000 tweets were shared around the world the first week A Short History of the Highrise launched." On working with The New York Times Op-Docs he says, "We are not journalists; we are filmmakers. Opinion is prized. The POV of the filmmakers is part of the brief." He also advises filmmakers to embrace the opportunities that creating online work offers. "Most filmmakers think linearly, so there is a conceptual barrier," Flahive notes. "Most video online could be seen on TV. Web should be the plasticine, the playground. Filmmakers need a more open attitude to what a documentary can be."

In the end, quality content is what publications are looking for, and this is just the edge a documentary filmmaker has in this brave new world. "The advantage for filmmakers is their time with their subject and their strong point of view," Cizek asserts. "This is something they can bring to publications, as most of a newsroom's day-to-day is focused on daily news."

Whether working with a publication to create original content or to gain and build an audience for a longer personal project, documentary filmmakers are finding that collaboration has its advantages, but it is also important to know when going into a partnership with a publication that its editorial and production staff will have their own set of priorities such as tone and voice, and strict fact-checking standards if partnering with the news department. This may challenge a filmmaker's flexibility, but Cizek's final advice on our Skype call is the best takeaway for documentary filmmakers: "Fight the good fight, but don't take it personally."

Amanda Lin Costa is currently directing and producing the documentary The Art of Memories and adapting the true life story of Annie Londonderry, the first woman to go around the world on a bicycle, into a feature film.