Why in the World: Foundation Promotes Human Rights through Docs 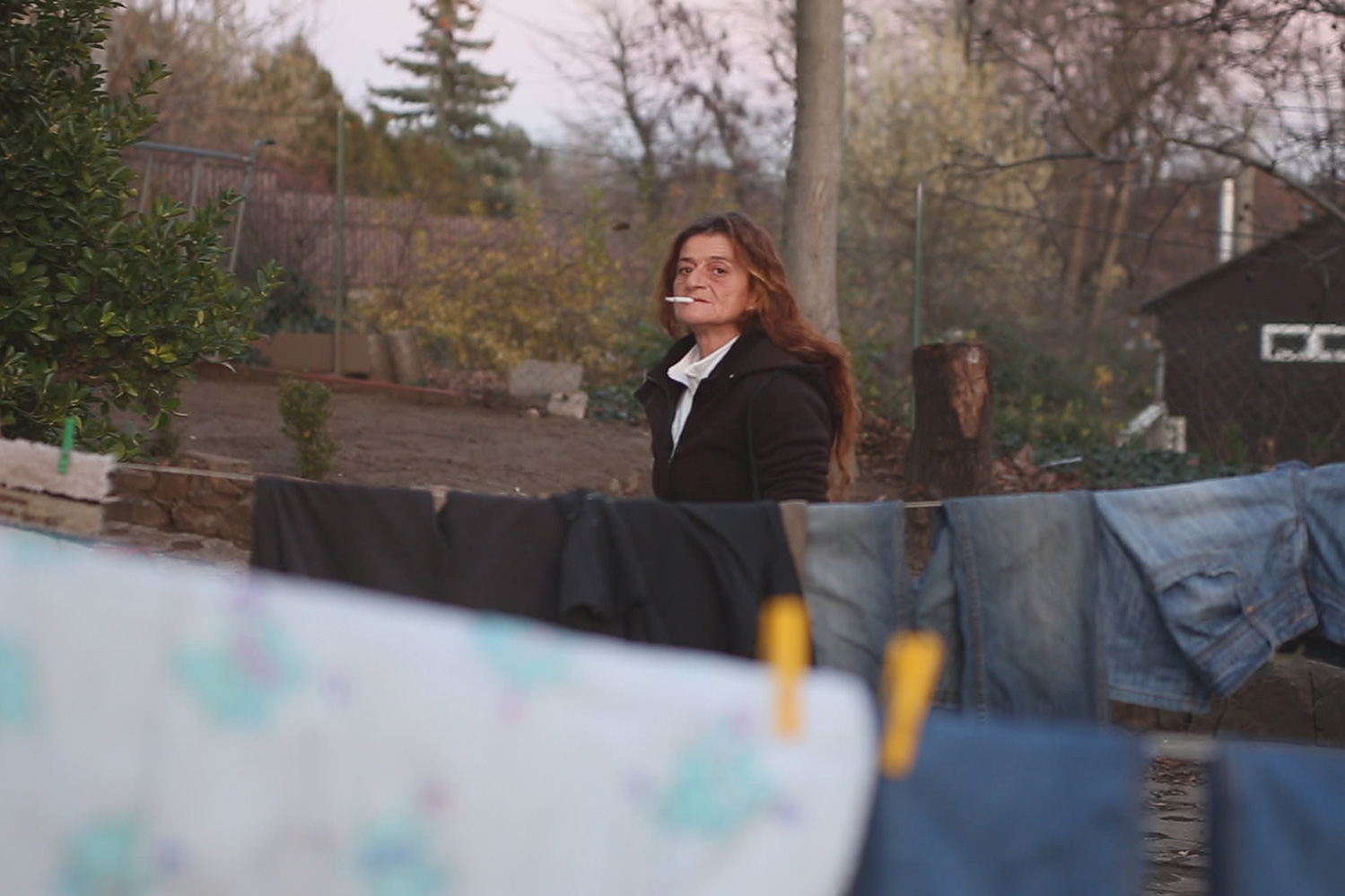 Fifteen years into its mission of promoting human rights through film, the Copenhagen-headquartered Why Foundation is coming up against a distribution dilemma.

The nonprofit organization—best known for pioneering commissioning strands such as the Peabody Award-winning Why Poverty? series—is being courted by an array of streaming services that are hungry for the high editorial standards that have become a hallmark of The Why’s projects.

No stranger to the specific set of challenges posed by cash-flush digital players, CEO and executive producer Mette Hoffmann Meyer—former head of documentaries at Danish public broadcaster DR—is approaching such overtures with a measure of caution. “We would like the money that comes from streaming services,” she allows, “but it goes against the whole purpose and philosophy of The Why, which is to provide free content. As soon as you go to the streamers, there are paywalls, and that is a challenge.”

While the vast marketing engines behind global streaming giants such as Netflix might have us believe that such platforms are ubiquitous and that content is readily available at the touch of a button for most people, the hard reality is that more than half the world's population lacks access to the Internet.

Enter The Why and its founding principles of producing and donating documentaries to underserved countries and distributing them on a sliding fee scale to broadcasters in emerging markets. The organization—which was founded by Hoffmann Meyer and Nick Fraser, former head of BBC doc strand Storyville—does this through its Why Stories initiative, as well as a series of film campaigns.

Why Stories is an annual collection of 20 acquired documentaries that is distributed internationally via local broadcasters and BBC World News. The catalogue so far includes around 90 films—stand-out titles include Nima Sarvestani’s No Burqas Behind Bars, Lasse Barkfors and Frida Barkfors’ Pervert Park and Roger Ross Williams’ God Loves Uganda—that have reached roughly 34 territories, where they are edited down to 45-minute versions, translated and voice-dubbed in local languages.

“There are so many countries that haven’t seen the world through the eyes [of documentarians],” explains Hoffmann Meyer. “Most of us take that for granted because we can go to DR or the BBC and watch documentaries about many subjects, but that’s not how it is in most countries. Only roughly 15 percent of the world has free media; other countries are limited by funding, censorship and everything in between.”

Strands such as Why Women? and Why Slavery? are co-produced with public-service broadcasters around the world, and include hour-long films as well as doc shorts.

The Why has so far reached more than 191 countries and territories through over 70 participating broadcasters, local nonprofit organizations and schools. Overall, it reaches around 600 million viewers—a figure, it is worth noting, that dwarfs Netflix’s global subscriber base of 139 million.

“In many ways, we have a very solid system in place with broadcast distribution, and we have partners for outreach and community screenings all over the world,” explains Hoffmann Meyer.

The question now, however, is how to grow and evolve while staying true to The Why’s foundational DNA.

Take, for instance, the organization’s YouTube channel, which currently has more than 81,000 subscribers and a total 9.3 million views. “We haven’t done anything for that channel in terms of manpower aside from putting films up, and now YouTube has contacted us because they think we should be doing more,” explains Hoffmann Meyer.

But when it comes to working with larger, pay-walled players, such as Netflix—a move that could have the potential to give the Why brand an added reputational boost—the exec, a veteran of the documentary world and former Hot Docs Doc Mogul Award recipient, is steadfast in her resolve to keep Why content accessible. “We cannot work with Netflix because if we do, no one else can have the rights, and I couldn’t donate the films to specific countries and get them seen in local languages,” she explains. “It’s sort of an ‘either-or’ situation. I want to try and reach as many people as possible on every platform, but we cannot work with platforms that exclude other platforms.”

In constant contact with local providers around the world, Hoffmann Meyer says The Why has its work cut out for it in certain territories where mobile subscribers may be on the rise, but smartphone penetration still lags behind and getting online is expensive due to cost-prohibitive data packages. “In some parts of Africa, for instance, Wi-Fi coverage is still very fragile,” she says. “Watching a film is impossible, and then the power can go out.” For example, when The Why was looking to distribute Camilla Nielsson’s acclaimed documentary Democrats, about the forging of a new constitution in Zimbabwe, it needed to mail DVDs of the film to embassies around Africa because none of them could download the content, explains Hoffmann Meyer.

There are countless such stories. In Bogota, Colombia, the mayor recently funded 20 films from The Why to be distributed in 160 local schools—all of which were sent via DVDs because of insufficient Internet connections. Meanwhile, films needed to be delivered on a drive for a campaign in Mozambique.

Digital distribution simply “isn’t as easy as we think,” says Hoffmann Meyer. “But what people do watch is a TV screen in a local language.”

They also listen to the radio—the impetus for a planned expansion into podcasting. “We are seeking funding for podcasts that will use some of the content from the documentaries, because those are already well-researched, follow a story and come with experts,” says Hoffmann Meyer. “Through podcasts, we know we can reach even more people in fragile situations—those without any access to knowledge and information.”

The Why has linked with a language school that can help to produce the same podcast across different languages, though the collaboration is contingent on funding.

Indeed, while The Why is backed by broadcasters, private donors and groups such as the Nordic Council, Danish Foreign Ministry and Oak Foundation, funding is an unrelenting concern for the organization, which consists of just four full-time staff.

While The Why has organizational backing for several more years, it is presently seeking more funds for local-language reversioning, as well as editing, which costs around $15,000 per film. “We could reach many more people and territories,” says Hoffmann Meyer, noting that while each of the Why Stories films reaches around 400-500 million, there are still untapped audiences out there. “With some staff to contact more countries and systemize our educational outreach, we could do much more,” she says.

Marketing, too, is a growing focus for Hoffmann Meyer, who acknowledges that most people watching the most recent season of Why Slavery? films on the BBC, NHK or CBC may not realize that there is a robust foundation associated with the undertaking.

“What I would have loved around Why Slavery? is a marketing budget,” she says. “Because I can see that broadcasters with these budgets can actually reach many more people and we didn’t have enough of a budget for that campaign. It would have been great to reach journalists in each country to make sure there was coverage everywhere.”

Next up for Hoffmann Meyer is the task of whittling down an ambitious development slate for the next major documentary strand.

There is talk of a potential Why Plastic? campaign that would investigate the facts typically expounded around plastic usage.

Meanwhile, Nick Fraser, who is now a Why Foundation board member, has suggested another outing of Why Democracy?, the foundation’s first global, 10-film project, which ended up winning an Oscar for Alex Gibney’s Taxi to the Dark Side. “It would be really interesting to see how it would work now,” says Hoffmann Meyer. “It would be a completely different feel, and I think it’s a good idea,”

The organization hopes to go into development in the next few months, commission by year’s end and have a new crop of films ready by the end of 2020.

As for the next iteration of The Why’s distribution strategy, there is some discussion for the organization to launch its own free streaming platform that could be supported by various sponsors.

“In the long run, our goal is to become the Red Cross of media,” explains Hoffmann Meyer. “We come with knowledge and understanding for your heart and brain, while the Red Cross comes with food and tents. We’re very ambitious.”

Manori Ravindran is the editor of TBI Magazine. She was previously editor at Broadcast, and prior to that, news editor at Realscreen Magazine in Toronto. She is based in London.

END_OF_DOCUMENT_TOKEN_TO_BE_REPLACED

To Hell with Poverty: Global Broadcast Project to Address Inequality