'Burden' Tracks the Transformation of a Legendary LA Artist 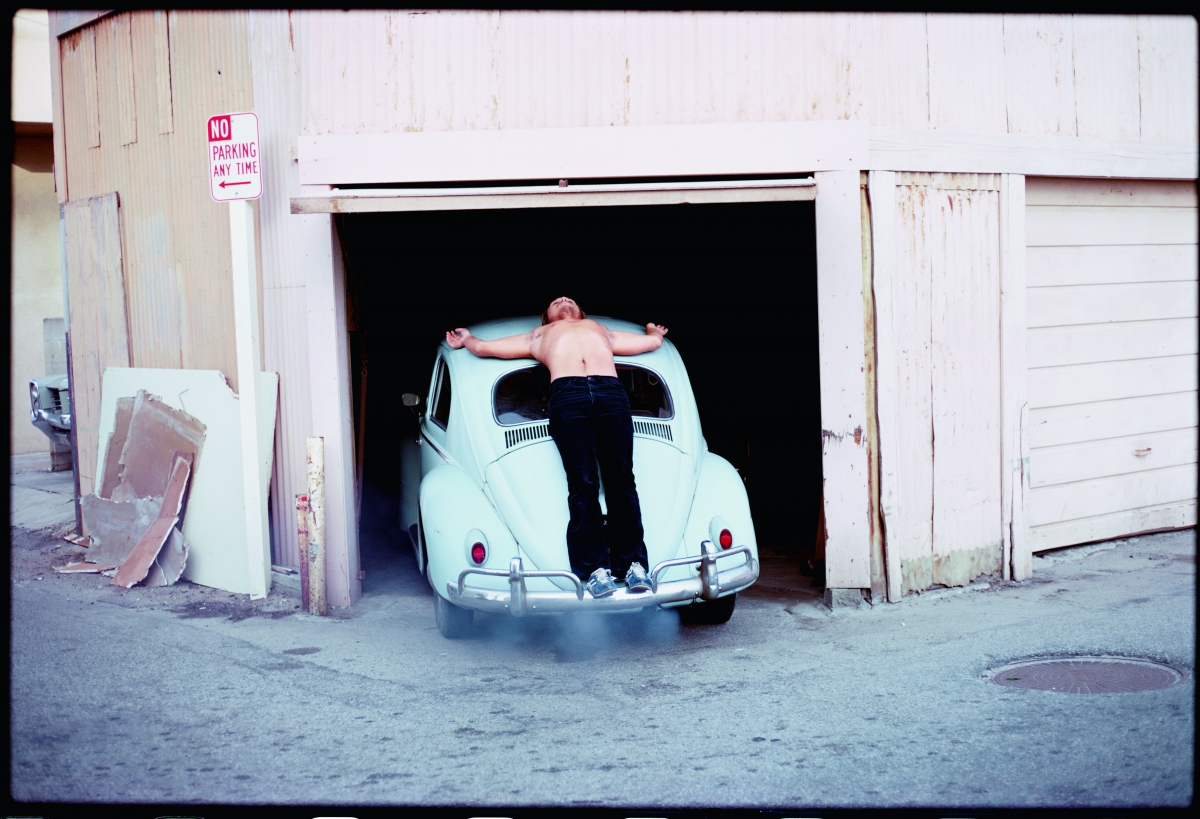 In the 1970s, there were few American artists as brazen and as dangerous as the Los Angeles-based Chris Burden. His career-defining series of performances included being confined to a tiny locker for five days, taking a hostage on live TV, getting shot in the arm by a friend, and staging a crucifixion on the back of a Volkswagen Beetle. Years later, Burden transformed into a genre-bending sculptor and installation artist, creating audience-friendly works like the intense kinetic toy-car sculpture Metropolis and the highly Instagrammable L.A. landmark Urban Light, comprised of 202 ornate gray lampposts.

With their debut film, Burden, filmmakers Timothy Marrinan and Richard Dewey trace the arc of their subject's evolution without providing easy answers. Burden, who died in 2015, is an unusually compelling onscreen presence - fully committed, a bit maddening and maybe full of hot air. The film sometimes withholds its sympathy from its complicated protagonist, but it exudes a contagious fascination, landing its argument on behalf of the artist as a major 20th-century countercultural figure.

Documentary magazine spoke to Marrinan and Dewey at the SLS Hotel in Los Angeles in advance of their film’s release.

Why did you decide to make this your first feature, and how did your partnership happen?

Richard Dewey: Our first project with Chris was writing a magazine article. He was a really undertold story at that point in time. We wrote the article about Chris, then made a short film following one of his installations. That was three and a half years in the making, and at that point in time we decided to make the feature film.

Timothy Marrinan: We interviewed Chris together and then collaborated on the article. We approached him about doing a larger-scale work looking more broadly at his life and work. It built up gradually over time.

How did you convince Burden to participate?

RD: Through the trust we built up on the first two projects.

TM: That process of getting to know him over time, understanding how he worked, and gaining some trust from him was pretty essential to getting him to agree to the film.

Were you able to see the "arc" of Burden's narrative before you started working on the film? Or did you just want to reintroduce his art to the world?

TM: He has a career trajectory that does lend itself to being told in film. In his performances, he was working in this very new and experimental form, and he had quite a rapid rise to fame and notoriety, and then as he continued doing performances, complications came in, and he had a moment where he became burnt out with performance, and then he transitioned and reinvented himself. We had an idea of that. We had a good sense of roughly what we wanted to do. The later part of the film was more up in the air, because for a number of years we tracked some sculptures he was working on, but his later pieces took time to come about, and it wasn't clear what the next piece would be that would come to fruition and end up in a museum somewhere.

RD: We watched a lot of documentaries in preparation - not just art docs, but music documentaries, general-interest documentaries. Some we watched for educational purposes, like The Cool School, about the L.A. art scene, or the Marina Abramovic documentary, [since she] was a contemporary of Chris who was also working in performances.

What were the challenges in making the film cinematic?

TM: The later, large-scale work is very visually compelling, so in filming that we tried to take our cues from Chris. Earlier in the film, he talks about working with minimalist professors and trying to distill the essence of sculpture, and he decided that the important thing about sculpture was that 3-D art forced you to move in order to explore it, rather than looking at 2-D image. So for the later works - Urban Light and Metropolis - we tried to use moving camera and be quite immersive in how we showed them.

To be honest, it's a challenge to show performance art in film; what exists from those performances is often not that much - a few seconds of grainy film or a handful of images that he put out there. What we tried to do is for every performance piece we showed in more depth, we found someone who was at the performance, or part of the performance. We wanted a vivid, firsthand description of what it was like being in the room. We wanted to complement Chris' art rather than overwhelm it.

Burden's performances were about duration, and about human presence as a kind of spectacle. Was Chris at all worried about what it meant to translate those performances for the documentary? Or did he think that describing/approximating his work was part of the performance?

TM: And he quite deliberately limited the documentation of some of these works. He didn't film some of them. And he deliberately had a few iconic photographs that help you understand quite simply what the piece was.

Can you talk a little bit about Burden's relationship to Los Angeles? Was he comfortably part of the art community here?

TM: When he came to Los Angeles to go to art school, it wasn't known as a major artistic center. New York was the center of the art world in the US. He said to us - and so did other L.A. artists - that the feeling that it was somewhere off the beaten path for artists, was quite freeing, and gave them the time and space to experiment and do new things without the scrutiny they might have been under in other places. That feeling of it being a blank slate where they could put their mark on the city was very appealing to Chris and other artists of his generation. Now, L.A. is such a major global artistic center, and it's partly through people like Chris. who did put a mark on the city.

There are practical considerations, too. Once he started making sculptures and moved up to Topanga, he had the space to, say, store 200 old streetlamps on his property that he could then restore; that's tough to do in SoHo.

What can you tell me about the archival material in the film? Were there things you weren't able to find?

RD: We had a lot of help from two great archival producers. A lot of the footage came from Chris Burden's studio. And then we conducted a ton of interviews. There were a bunch of gems in Chris's studio, including the Regis [Philbin] interview. That fell in our lap, and it was terrific.

TM: Partly by circumstance and partly by design, we ended up relying on interviews with Chris from earlier in his career. We just found that often it was more interesting to hear him at the time, in the '70s, or when he was transitioning from performance into sculpture, to hear him speaking at the time when the ideas were so present to him, and he was grappling with the ideas, rather than hear him describe those times with the benefit of 30 years hindsight.

How did Burden's death affect the film?

TM: He wasn't sick when we started, so it was entirely unexpected. The main thing was, it was very sad. He had a lot more to do, he had a lot of ideas. In terms of how it affected the film, it did cut our time with him a bit short. It was towards the end of the process of making the film, but we did have more filming planned with him. It made us rethink how we would structure and tell the story. Ultimately, it just made us more determined than ever to do justice to his body of work and life.

Was Chris amused by the fact that many casual observers (myself included) might not recognize his recent work as the product of the same artist who did Shoot?

TM: He says in the film that people go and see Urban Light, and they have no idea who the artist is. And he actually gets a lot of pleasure from that. It exists separate from him, and now it lives beyond him. That is in real contrast to his early work, where he was the artwork. He was the raw material. The line between his private and public life was completely blurred. That was definitely a change as his work and ideas progressed. The work began to exist separate from him. He seemed to really enjoy that transition.

A lot of people come to the film knowing one and not the other - either the performances or the sculptures. Or they know both but did not connect the dots that that's the same person. That was one of the things that drew us to the project.

Burden was released last Friday in New York (and on VOD) through Magnolia Pictures. It opens in Los Angeles on May 12.

END_OF_DOCUMENT_TOKEN_TO_BE_REPLACED

At the Present Time: Matthew Akers on 'Marina Abramovic'