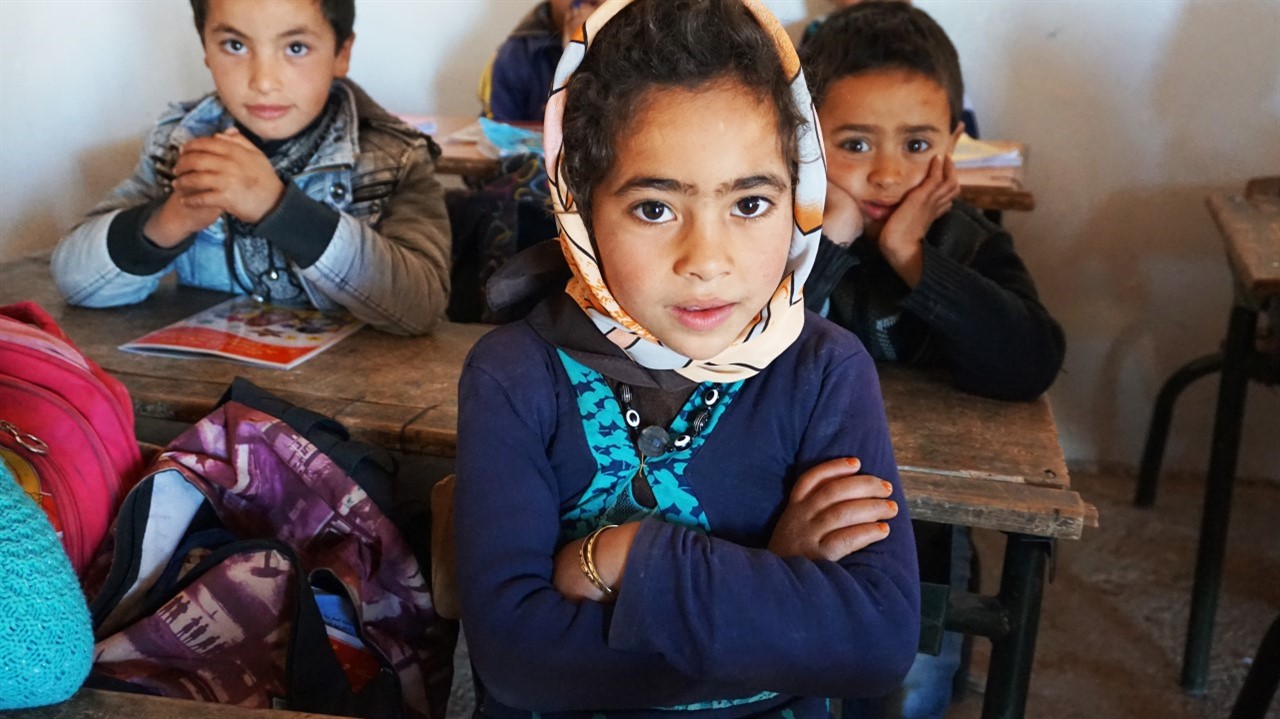 The documentary community is filled with tough pros, but surely all of us can spare a thought for a festival that had to deal with the first outburst of COVID-19 last spring and was forced to work around the pandemic again this year. In Toronto, the Hot Docs Canadian International Documentary Festival became renowned over 20 years ago not only for showcasing the best new documentaries but also for its uncanny luck in always having their event during the first genuinely warm week of spring. While the chilly weather continued unabated during this year’s virtual festival (April 29-May 9), the organizers could be forgiven if they hummed an old Canadian hit: "And the seasons they go round and round/and the painted ponies go up and down/we’re captive on the carousel of time."

Let’s move from "The Circle Game" to the numbers game: Hot Docs 2021 streamed 222 films from 66 countries, and presented 129 filmmaker Q&As; the festival programmers also produced five "Curious Minds" talk-a-thons featuring such film protagonists as designer guru Bruce Mau, as well as 11 live events, ranging from a discussion with Deepak Chopra to a reunion concert by the first major female rock group, Fanny. Over $115,000 (Canadian) dollars were awarded to Canadian and international filmmakers, ranging from $10,000 to the European directing duo of Svetlana Rodina and Laurent Stoop for Ostrov—Lost Island, set in the Caspian Sea and the winner of the Best International Feature Documentary; to $3,000 for Iranian filmmaker Elahe Esmaili’s The Doll, a shattering look at what a father has in store for his 14-year-old daughter. On the industry side, $110,000 in first look Pitch Prizes were awarded as part of Hot Docs Forum. And even before the festival began, Hot Docs announced that $72,900 had been raised for the Independent Cinema Fund, which will go to movie theaters across the country, all suffering through the pandemic.

Even without audiences in Toronto’s cinemas, industry professionals attending Forum pitches or filmmakers speaking in person to the public, Hot Docs 2021 made a difference. Banking on their own luck, the organizers put together a well-publicized set of screenings while serving the industry with the Forum and a conference stocked with thoughtful discussions on issues of race and inclusion as well as such staples as funding and broadcast opportunities.

Hot Docs continues to pursue and acknowledge its screening audience. One of its finest accomplishments is the classic movie theater it owns in downtown Toronto, which now bears its name and is a venue for documentaries throughout the year. Premiering and presenting well-curated programs is important to Hot Docs. In addition to the aforementioned award recipients, Mohamed El Aboudi’s School of Hope earned a $5,000 Special Jury Prize; the film is a beautifully rendered vérité look at the Oulad Boukais tribe and the drought-affected land they inhabit in Morocco. Focusing on an idealistic teacher who comes to educate the tribe’s quietly aspirational children, School of Hope shows a nomadic community that is trying to chart a course forward for their society. Another award-winning observational film etched with character-driven moments is Annabel Verbeke’s Four Seasons in a Day, set on the border between Northern Ireland and the Republic of Ireland. With Brexit being the new reality, this fraught area, the center of "The Troubles" for most of a century, exists in an uneasy truce between the British Northern section and the Republic, still a member of the European Union. Verbeke’s film, for which she won a $3,000 Emerging Filmmaker Award, foregrounds families of tourists and allows some humor to leaven a doc that could be all too heavy in its approach.

Hot Docs makes sure to honor Canadian filmmakers when it comes to certain awards categories. That doesn’t mean, though, that a Canadian film can’t be set somewhere outside of its borders. The winner for Best Canadian Feature Documentary, zo reken, takes place in Haiti, a country of growing importance in Quebec, where much of its Black French population was born. Almost the entirety of Emanuel Licha’s film is shot from within a 4X4 Toyota Land Cruiser (called colloquially a zo reken), a vehicle that’s ubiquitous for NGOs and police, which control, in very different ways, the country and, in particular, the capital city of Port-au-Prince. Almost stagey in its set-up, the cruiser becomes the platform for social activists, injured angry citizens and unemployed workers as they denounce the foreign aid system, which has infantilized Haiti, and the corrupt politics, which mires the country in paralyzing debt.

The Canadian Feature Documentary’s $5,000 Special Prize went to Yasmine Mathurin and her film One of Ours, the story of Haitian-born Josiah Wilson, raised by a Heiltsuk First Nations family in Calgary and granted a status card, who finds himself banned from a basketball tournament because he can’t claim Indigenous heritage. Mathurin, also originally from Haiti, follows Wilson in his quest to understand his identity. Elle-Máijá Tailfeathers, who is of Sami  and Blackfoot Indigenous roots, garnered the $3,000 Emerging Canadian Filmmaker prize for Kímmapiiyipitssini: The Meaning of Empathy, an exemplary film that engages in a community creation process, while showing how the Kinai First Nation has worked on dealing with a long-standing opioid crisis.

Tailfeathers was one of five $10,000 recipients of the $50,000 Rogers Audience Award, determined by a poll conducted during the festival. She was joined by Bobbi Jo Hart for her feisty bio of the pioneering female band Fanny: The Right to Rock; Katherine Knight’s Still Max, an innovative look at artist Max Dean’s experimental response to cancer; Hell or Clean Water, Cody Westman’s spirited study of a diver obsessed with cleaning up the environment on the Atlantic shores of Newfoundland; and Sean Horler and Steve J. Adam’s Someone Like Me, an inspiring story of Vancouverites who work to free a gay youth from anti-queer forces in Uganda.

Hot Docs’ Audience Award winner gets something more prestigious than money—their film qualifies for an Oscar nomination in the doc feature category even if it never gets a theatrical run. The winner was Dear Future Children, a film by Franz Böhm, which profiles youth activists in Chile, Uganda and Hong Kong. The director chose three women to follow: Chile-based Rayen is fighting for economic independence and increased civil rights; Ugandan Hilda is working for climate change; and Pepper and her friends were (and some still are) fighting to maintain Hong Kong’s freedom from mainland China. The film strikes the right note—being hopeful for a future that is imperiled by the sins of the past.

Also qualifying for Oscar nominations are the Best International and Best Canadian Short Docs at the festival. Both are by women: Elahe Esmaili’s The Doll, set in Iran, and Ain’t No Time for Women, a Canadian film shot in Tunisia and directed by Sarra El Abed about the very lively and opinionated employees and customers at a hair salon during that country’s 2019 presidential elections.

Hot Docs is noted for its industry side: Its growth as a globally recognized gathering spot for documentarians came from what was then a truly innovative pitch Forum, when it was created a couple of decades ago. The documentary industry has adapted well to the pandemic, so it was no surprise to discover that 3,377 delegates and 214 decision-makers from 86 countries attended Hot Docs, mostly virtually, to see pitches and attend a plethora of industry events. The industry programming included interviews with music guru Questlove and cutting-edge journalist Jenna Wortham; master classes with legendary doc director and editor Stanley Nelson, Canadian producer-director Jennifer Holness and Elle-Máijá Tailfeathers; 15 "Close Up With…" networking meetings with decision-makers; Micro Meetings; coffee breaks; and opportunities to meet with delegations from Chile, Scotland, the Nordic countries, Italy, Ireland, Germany and Colombia.

The Forum sessions were limited to 20 well-chosen projects from 16 countries pitched to 50 funders and distributors. The $50,000 First Prize went to director Vicky Du and producer Danielle Varga’s project Light of the Setting Sun. The presentation was dramatic, fully in keeping with a storyline about intergenerational dilemmas, violence and the vicissitudes of a deeply dysfunctional family. Du’s family is Chinese and their history, which goes back 1,500 years, is now about diaspora, since many members, including the filmmaker, live away from the mainland. Responses to the pitch were universally positive and it was clear that Du’s very personal film will be made.

Mother Vera garnered $35,000 in prize money for a team made up of producer Laura Shacham and directors Cecile Embleton and Alys Tomlinson. The pitch made it clear that the protagonist, Vera, has led a fascinating existence both as a nun and before that, as a woman living in Eastern Europe. Tomlinson won a Sony World Photography grant in 2018 for her stunning still black-and-white renderings of Vera, who is known for her excellent relationship with horses as well as with the sometimes desperate people she has encountered over the years. The pitch’s trailer was absolutely first rate—brilliantly shot, with a real eye for details. People responding to the pitch were clearly impressed by the visual acumen of the directors.

Fire of Love, a project by director Sara Dosa and producers Shane Boris and Ina Fichman, won $25,000 for its pitch about the doomed love relationship between scientists Katia and Maurice Krafft, who explored volcanos around the world until they were killed by one. The filmmakers have astonishing archival footage of the Kraffts in and out of volcanos, allowing this project to become both a love story and an exploration of volcanos. The decision-makers nearly exploded with passion and ideas for the project; indeed, the term "hot lava love" was used during the positive session.

Hot Docs has wrapped for another year, having scored a virtual success. It may not be untoward to wish them a happy return to hosting a real, in-person documentary festival in 2022.

Marc Glassman is the editor of the Canadian documentary magazine POV and an adjunct professor in the Documentary Media program at Ryerson University. He reviews films every week for the Toronto radio station Classical 96.3FM and is the artistic director of the literary event program Pages UnBound.