Ways of Seeing: Images and Politics of 'Hale County' 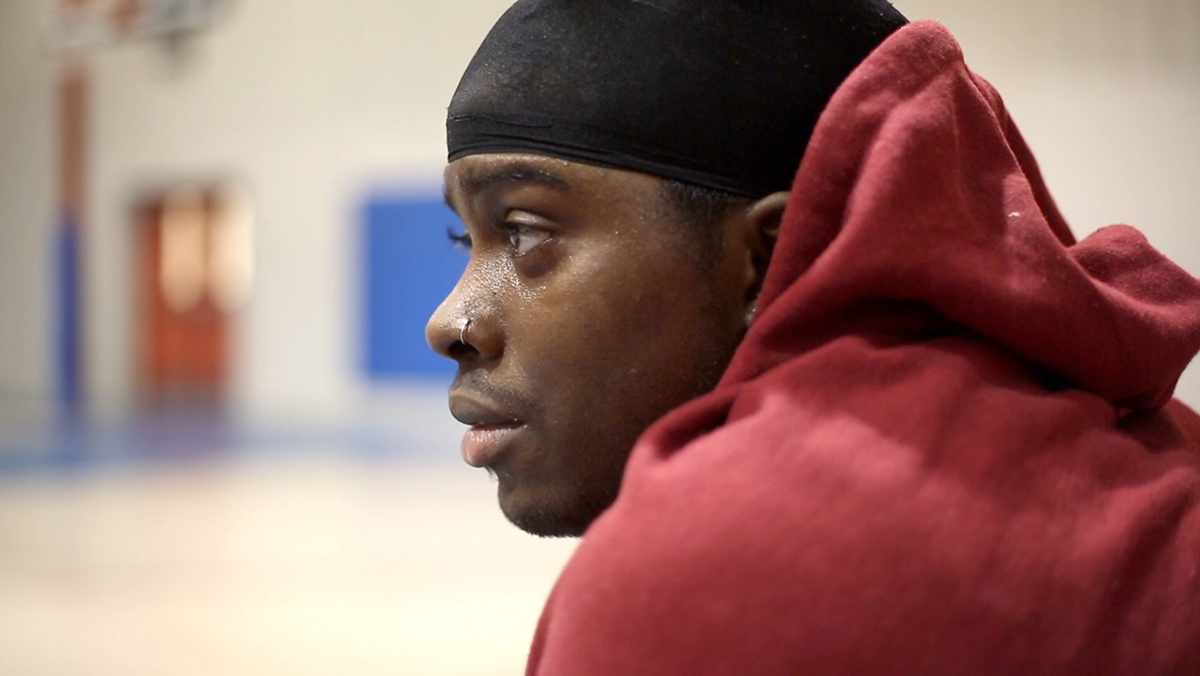 I first saw Hale County This Morning, This Evening, RaMell Ross’s cinematic look at daily life in the Alabama Black Belt, at last year’s CPH:DOX. It was one of those unexpected festival finds, a film up for the DOX:AWARD, and thus required viewing for us international critics serving on the Danish film magazine Ekko’s annual Starbarometer jury. As I wrote of the doc in my final assessment, “A series of exquisitely framed snapshots alternate with kinetic camerawork, set to an ambient sound design weaved with an elegant score. The poetry of daily life in the rural South is deftly captured through unexpected sounds and intricate specific images.”

That’s a critic’s winded way of saying, “I fell for the film.” So it was quite a thrill to be able to chat with Ross over the phone nearly a year later to get the scoop on his Oscar-nominated debut (the result of a five-year production process that included not only industry heavyweights like Joslyn Barnes and Field of Vision’s Laura Poitras and Charlotte Cook onboard, but even, quite surprisingly, Apichatpong Weerasethakul).

Documentary: I learned, back when you were one of Filmmaker magazine’s “25 New Faces” in 2015, that you have quite a fascinating bio, including a stint as special assistant to US Deputy Secretary of State Richard Armitage in Colin Powell’s office, and as a nonprofit community worker in both Northern Ireland and Alabama. How has politics, and perhaps activism, influenced your body of work overall?

RaMell Ross: Yeah, that’s such a good question. I think it stems—even my interest in and fundamental recognition of the way in which the powers of the world and the structures of society are built—from my parents being in the military. I was born on a military base in Frankfurt, Germany. My dad worked for the government; he just retired from the government. My mom was a retired major. So there’s always been an element of country in my background, and an element of the way in which people are stratified, I guess.

But when I got to Georgetown, I studied sociology and English, and that kind of brought the language out. And then moving into the State Department was interesting because it just brought me face-to-face with the daily decisions that go into building out the country—to justify the decisions that are made, to organizing everything from logic to countries. The State Department is dealing with large, diplomatic policy issues that determine a lot of the future economic states of countries.

It’s quite startling when you realize that normal people are making these decisions; it’s not these “endowed by God,” or these “masterminds,” or these people who have photographic memories and the moral compass that aligns with some sort of theology that everyone agrees on. It’s just people with their own personal experiences that have points of view on the world.

And so when I got to the nonprofit sector, I got to see how even larger funding structures from the State Department or from Department of Labor are implemented on the ground —and the difference between that and the people who are affected by the decisions. I would argue that most politicians at the highest level haven’t spent time on the ground as long as they’ve made decisions for those on the ground. That’s quite a shocking thing. And then I got fascinated with trying to find my place in the world. I realized more and more in life that I was creative; I started considering myself an artist, and really playing with the language.

And then the big breakthrough was realizing the power of content—the power of the image, the power of the language, the power of framing. And even more so, the pre-existing structures that we assume to be organic and almost natural. When they’re just something that was put in place by someone who had a good idea but possibly couldn’t think of the consequences 50 years from now. 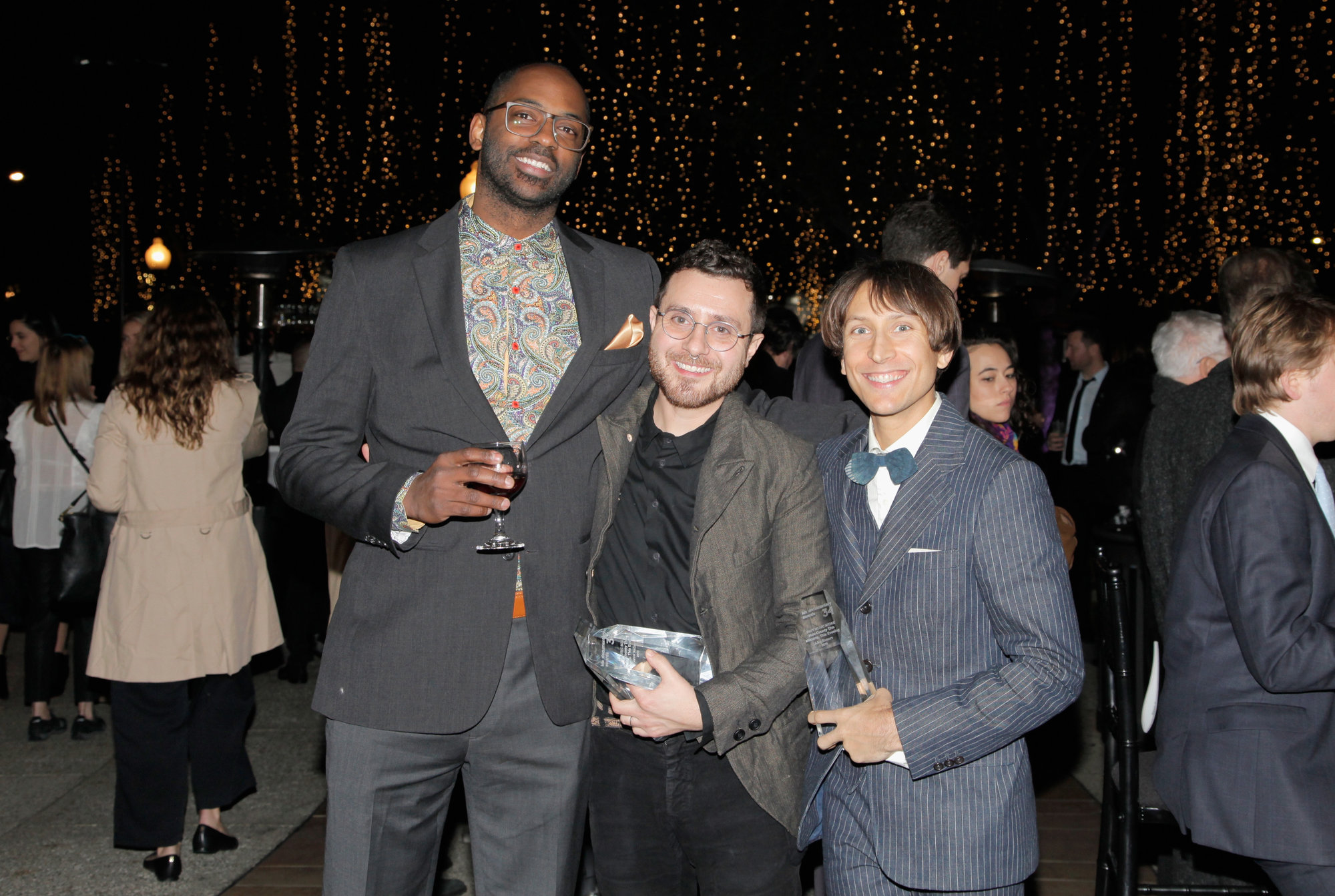 D: Your work seems to me to almost be on a continuum dating all the way back to the [Franklin D.] Roosevelt administration, with the WPA photographers on the ground documenting communities that even the government itself has historically ignored. That correlation between politics and photography and the moving image—I could be wrong, but your work feels like an extension of that.

RR: Yeah, I would 100 percent agree. And I’d also draw the parallel between the voices who have had an opportunity to shape the nation, and the voices who have had the opportunity —through the perpetuation of images and ideas via news broadcasts—to also shape the nation. And there’s a tie; there’s a reason why there are these voices that have completely different points of view on the world. It seems strange and it seems intrusive, and it seems almost unnatural to the sort of divine order because, you know, it’s just a literal point of view.

D: I actually love the sentence, “How do we not frame someone?” that at one point appears in white across a black screen. The editing really jumps around quite a bit, never resting on one image for too long. You also employ time-lapse, and layer sounds from several scenes over images of others. Was this part of your attempt “not to frame,” i.e., not to let the audience get too comfortable with any particular assumptions about the Alabama Black Belt?

RR: Yeah, I think that the way in which the images are captured are as much about being open to— I think it indirectly ties back to how do we not frame someone. But I think the images are directly trying to be responsive to the moment, and to the content and to the world, and to whatever’s happening perceptually—as opposed to imposing previous modes of capturing that within the documentary form, or within cinema. I need to make a film that does this, and so this is the way in which this image fits into my greater idea of my film—just responding in the way in which someone would just dance, kind of spontaneously.

But it’s also something that I noticed when I was watching Godfrey Reggio’s Qatsi trilogy. Your perception is such an assumed—we almost assume to have some sort of grand understanding of the way that the world is, when in fact it’s just the way that, clearly, humans see the world. And when you slow something down, when you speed something up, when you freeze it, when you juxtapose it, when you move the frame in interesting ways—to me, it just speaks to the failure of us to get out of our own heads and actually see what’s there.

And so that was kind of important to the film. We’re so used to seeing these communities —like my people, myself, these landscapes—in a certain way that we’re blatantly missing what it actually is. Or what it could be, perhaps. 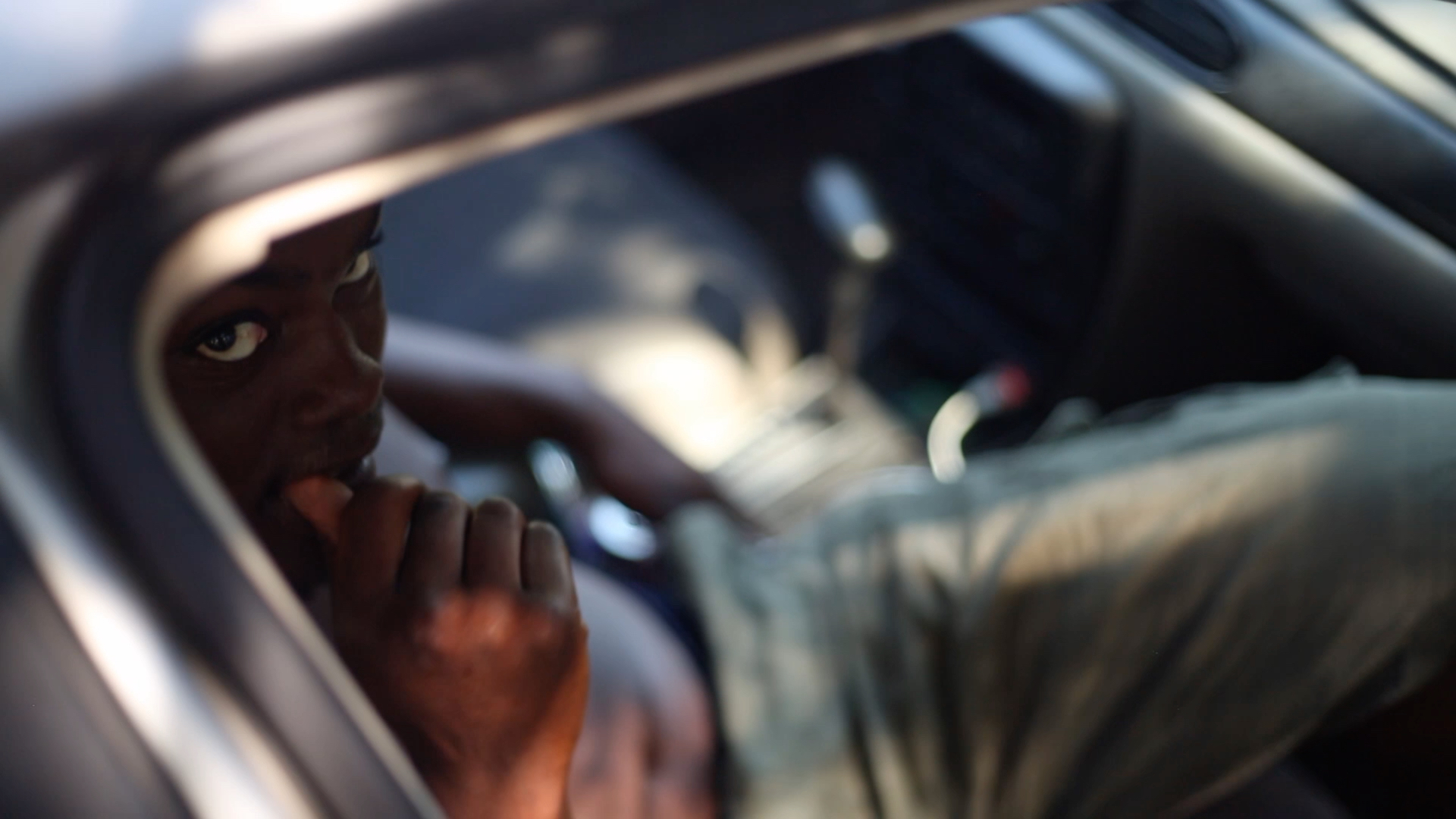 D: I read in an interview, I believe in the LA Times, that you wanted to make a film about “black Southern folk existing.” Were you consciously thinking about whom your viewer would be as you were making the film, though? Because it really feels like you wanted to make a film that simultaneously could allow a black audience to see itself represented accurately onscreen, and a white audience to see “black folks existing.” That’s actually something white people are allowed to do all the time—whereas black people are usually seen onscreen having to, I don’t know, “represent” something.

RR: You’re the first person to literally say that. Yes, a film like this, when it’s working to both elevate and critique simultaneously, it registers across every single community.

D: The way you perceive your surroundings seems very different from how a lot of cinematographers might approach things. I love that you filmed that inflatable balloon guy that was halfway folded over. I thought, what kind of eye notices something like that?

RR: Oh, no one’s ever mentioned that. I’m so glad you said that. I love that, yeah. It also speaks back to having those extreme perspectives on the way in which a nation is made, and the way in which a nation executes its ideas and ideologies. From working in the State Department to being on the ground in Alabama, there’s literally nothing in the visual field that is not content, that does not have meaning, and that is not political. Now, we can say that things aren’t, and we can rationalize our way away from it, but the fact of the matter is that all the government, all the land, is either owned by the government or someone else. Every single product, every single thing, is made by people who have a vested interest in providing something that’s part of a capitalist system.

There’s nothing that’s not political, or that doesn’t have meaning. And then, you think about the way in which we are human beings. It’s why, say, someone in the 1300s might think that every time a bird flew by it was good luck, because you have no choice but to make meaning. That’s how we created language—we create these things. So you give people these symbols that perhaps are neutral in other settings, or not neutral. They make their own—

D: It’s like what religion does: giving meaning to things that may not have meaning.

RR: Yeah. Like, decipher it for the people even if it’s just a myth. Give it some shape. Or else it’s scary.

D: You mentioned Reggio’s work, and I also read that Allen Ginsberg’s been an influence, but can you talk a bit about your artistic influences for this specific film? Both cinematography and sound design are striking, to say the least.

RR: Well, it’s hard because with a first film, you’re kind of drawing from your whole life in some sense. It’s kind of a culmination of everything. But I can pinpoint Ginsberg and his verbose, purple prose. The idea that you can’t speak to the moment, and so you have to just scream it or howl it or whatever. And then, of course, the Qatsi trilogy. I also looked at Charles Burnett’s Killer of Sheep. You watch the film and it’s not dramatic; it’s banal and it’s slow. It seems to be just about “what is” and not “what it should be” for cinema.

I can’t imagine seeing that during a time in which blaxploitation films were at their peak. And I can’t believe someone could even do that, with films wrapped up in making money and the industry. That was a huge, huge influence. And Terrence Malick, The Tree of Life, was a big one. I’m sure that Terrence Malick struggled with financing, but I can’t believe they would give some black fella $30 million to do a project that no one understands. I just can’t imagine it because our time hasn’t happened yet. We’re still struggling in other ways. And so I was thinking, What would my version of that be? How could I do that? And I was like, Well, I don’t have the money, but I have the time to do it. I can just leverage my life.

Hale County This Morning, This Evening will screen as part of IDA’s DocuDay LA, a daylong showcase of the Academy Award-nominated documentaries, taking place at the Writers Guild of America theater in Beverly Hills. The film also premieres February 11 on Independent Lens.