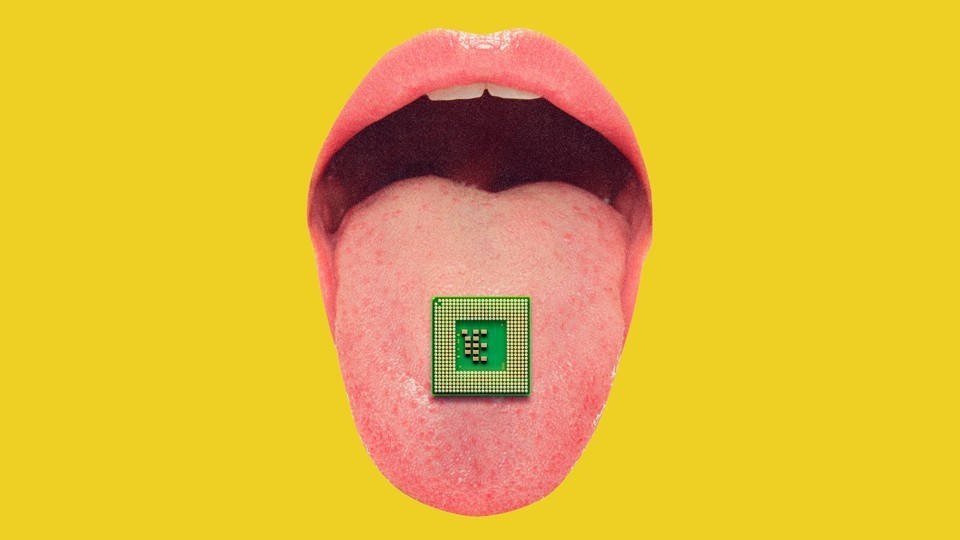 At The Atlantic, Franklin Foer argues that the digital manipulation of video may make the current era of "fake news" seem quaint.

The internet has always contained the seeds of postmodern hell. Mass manipulation, from clickbait to Russian bots to the addictive trickery that governs Facebook's News Feed, is the currency of the medium. It has always been a place where identity is terrifyingly slippery, where anonymity breeds coarseness and confusion, where crooks can filch the very contours of selfhood. In this respect, the rise of deepfakes is the culmination of the internet’s history to date—and probably only a low-grade version of what’s to come.

The brilliant touch, here, is the film's visual dimension. Almereyda gathered together footage from the many movies and TV shows in which Fancher had appeared (TV westerns, especially) and edited fragments of this material to accompany Fancher's voiceover. The ridiculous gunslinger; the impetuous cowpoke; the buddy; the playboy; the assassin; the golfer; the stick-up guy; the fop; the cop; the cad; the lover; the boyfriend; the bullfighter: these and other fictive Fancherian personae are fleetingly resurrected as surreal pictorial counterpoints to the vocal narrative. It isn't until fifteen minutes into the film that we glimpse our narrator in the flesh; and not until half an hour has passed that he becomes an enduring physical presence.

At Moviemaker, Andrew Kabbe, the director of Scorched Earth, offers a guide to shooting a film in a war zone.

At this point I should say that if I knew what I was getting into I may not have agreed. The task was to use the crew, actors and a preassembled camera package to tell this tragic story—all in about a month. I planned to shoot my first feature film in California in the fall after we finished the work in the camps. My brother and I worked well over a year planning that project; crossed every "T," dotted every "I," allocated every penny. We scrapped that plan and relocated the resources into a 115 degrees war-ravaged desert 7,500 miles from L.A. without a functioning bank in sight. The market is the black market, where settling up is done with a handshake over a duffle bag full of cash under the watchful barrel of an AK-47. Traditional moviemaking wasn't going to fly here.

According to Henick, there are three factors that need to be considered in content creation: creative, technology and distribution. When two of those factors are working in tandem, you have a "good enough" pairing that can lead to a "golden age" of an art form (creativity paired with technology can enable the creation of content, for example). But once you have all three engines firing, you can potentially change viewing habits themselves. A prime example: Netflix, developing a streaming platform that delivers a commendable content library to its users, and propels the binge watching trend in the process.

Based on the adage "nothing about us, without us," storytelling needs to be developed by, or in partnership with, those whose experiences are being shared. Creative collaboration centering the experiences and aspirations of communities is a feature of many long standing traditions in art, journalism, and storytelling. However, this work is often undervalued, or dismissed as aesthetically inferior in the fine art world and mainstream media. Intentional support of queer, disabled, black, indigenous, people of color and/or women -led media making is critical to ensure community histories, traditions, languages, and truths are honored, celebrated, and accurately represented with beauty, power, and authenticity.

At the location, ensuring the safety of the filmmakers, subjects, equipment and footage becomes the priority. Agnew offers a respectful rule of thumb: "Whenever you're in a team, you need to defer to the person who's least comfortable. Everyone on the team needs to be on board with making a movie, and if someone isn't comfortable, it shouldn 't be a situation where they're pressured to do something they don't want. I think once you commit to a team, you have to commit to everyone being safe."

END_OF_DOCUMENT_TOKEN_TO_BE_REPLACED

What to Do About Documentary Distortion? Toward a Code of Ethics