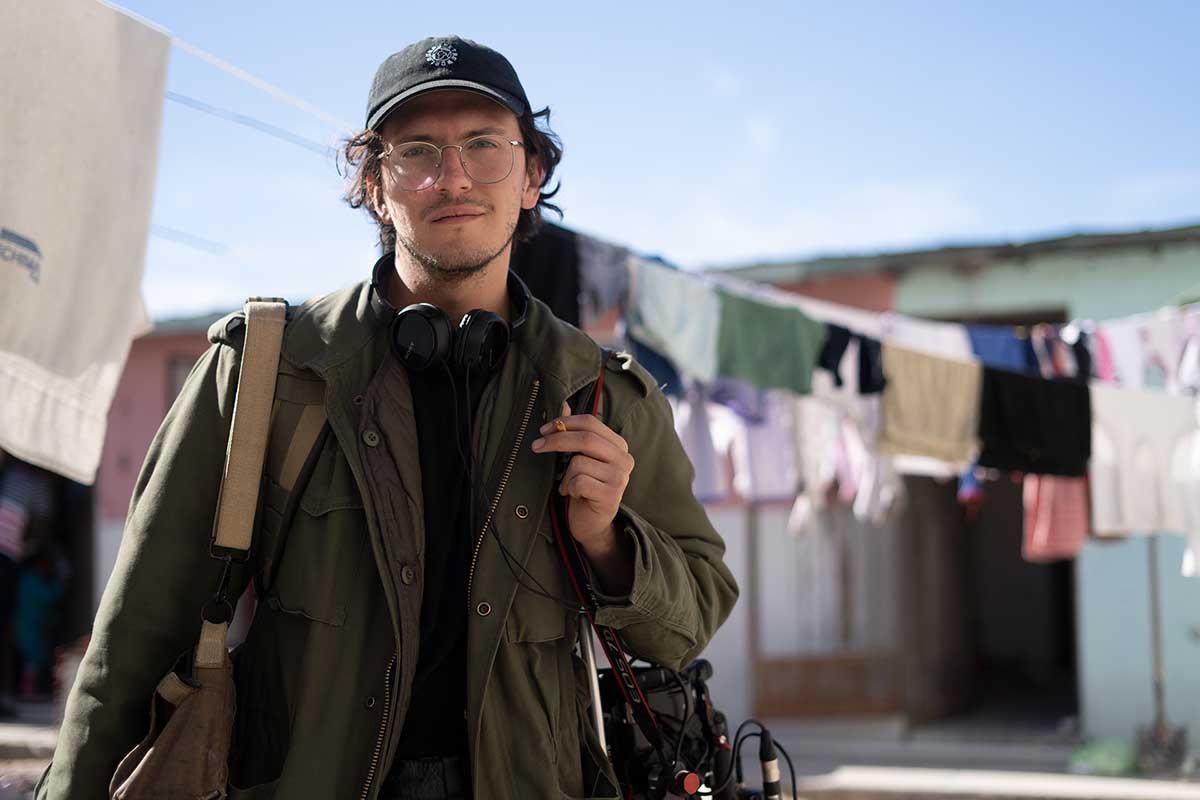 Gerardo del Valle is a video journalist from Guatemala currently based in New York City. His work explores the people behind the headlines and the repercussions of policy decisions on communities. He studied Communications and Media at Universidad Rafael Landívar in Guatemala and has a Master’s degree in Journalism from the City University of New York. He is a Firelight Documentary Lab Fellow and an SFFilm Foundation New American Fellow. His latest project The Past Is Waiting Up Ahead is supported by IDA’s Enterprise Documentary Fund and the Sundance Institute.

Starting his career working as a video journalist in Plaza Pública, the first online newspaper in Guatemala, he’s gone on to work on long-form documentaries and web-based projects, and has collaborated with Vice, Univision, the BBC, Agencia Efe, and NBC’s Left Field, and CLIP. His work has been recognized by the Fundación Gabo (2019), the Inter-American Press Association (2014), and the National Press Photographers of America (2018).

GERARDO DEL VALLE: I fell into nonfiction filmmaking by accident. I studied Communications and Media in Guatemala with the dream of working in film some day. Because Guatemala has a small media market, I ended up with a producer and editor job at a local TV channel. Frustrated by the work I was doing there, I searched for an alternative where I could apply my video skills. During this search I met Alejandra Gutierrez Valdizán, a superb journalist who at the time was working as General Editor for Plaza Pública, an online newspaper that was making very interesting work. She offered me a temporary job covering the trial of Efraín Ríos Montt for crimes against humanity and genocide in the Ixil region of the country.

The trial ended up being a major inflection point in the post-war history of Guatemala, and it was there, among one of the highest-profile moments in the modern history of the country, that I discovered how nonfiction storytelling could help create a different narrative and burst people’s social bubbles. What was supposed to be a three-month gig, ended up being a collaboration with Plaza Pública that lasted three years and created a profound love for documentary filmmaking that has inspired me and challenged some of my core beliefs. I guess that’s why I chose a career in documentary filmmaking: to challenge the assumptions we have as human beings about the world and search for ways of reframing narratives.

IDA: What was the inspiration behind your upcoming film, The Past Is Waiting Up Ahead (working title)? What compelled you to share this story with the world?

GDV: I started working on The Past Is Waiting Up Ahead after reading Javier Zamora’s poetry several years ago. As an immigrant from Central America constantly searching for some sort of connection to home in the cities I’ve lived here in the States, his prose resonated with me. Initially I approached him with the idea of working on adapting his poetry to video, but after meeting and talking with him, I realized what a compelling story he had to tell.

Javier’s interest in retracing the route he took as an unaccompanied minor opened up a door to explore the long-term effects of the undocumented journey from Central America to the US. It showed how policies like "Prevention Through Deterrence", and pressure on countries south of the Rio Grande to militarize immigration enforcement, have created the conditions for an ongoing humanitarian crisis, both in the countries of origins of migrants and in the countries they pass through. It also allowed me to explore a more personal form of storytelling dealing with memory, trauma, and resilience. By taking a moment to revisit the history of a region and its interconnectedness to the United States, reframe the narrative that travels with undocumented immigrants, and to give a platform to Javier to tell his story of how immigration and foreign policy have affected a region, I hope this film creates a space to reevaluate our views of human migration and the function of borders.

IDA: What piece of advice would you give to emerging filmmakers that are from historically excluded backgrounds and who are new to the documentary field?

GDV: In Guatemala, we have a saying: "el comal hablando de la olla", which in English is "pot calling the kettle black." That’s kind of how I feel answering this question. As an emerging filmmaker myself, I’m learning as I go, and every day I get to work on this project is a day of growing pains, but also of playful discovery. I guess the most valuable thing I’ve learned this far is to surround yourself with people whose work you admire and who inspire you. I’ve received support from friends and other filmmakers who take the time to look through cuts and give feedback that has contributed sooooo much to the development of this film. That, and to remember that it’s a marathon, not a sprint.

IDA: What has your experience as an IDA Member and IDA Enterprise Documentary Fund grantee been like for you?

GDV: The International Documentary Association was one of the first major financial supporters this project received and was crucial to its development. I am very grateful for the opportunities the Enterprise Documentary Fund has opened up: it allowed us to organize a shoot with a production team and to fine-tune the visual language of the film before going into principal photography. Additionally, being a member of IDA has allowed me a space of community to see great work I might have otherwise missed and be able to learn from my peers.