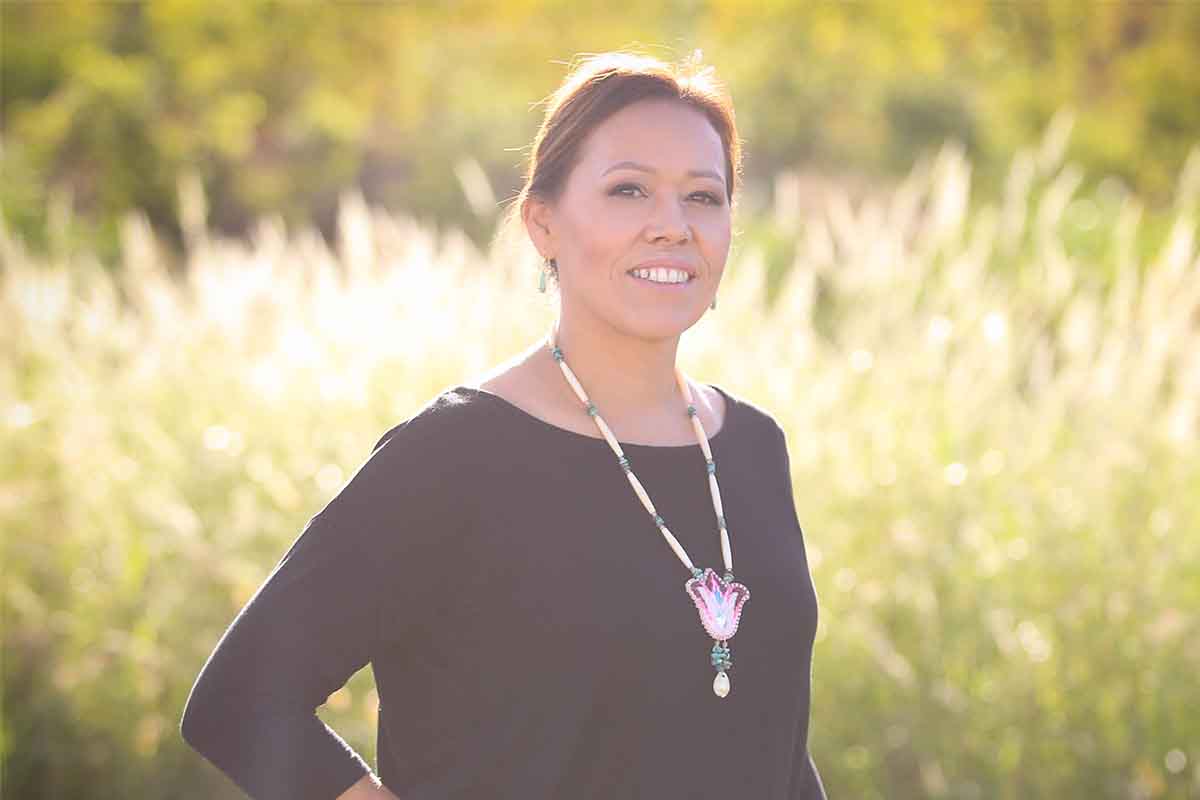 Katsitsionni Fox is an artist, filmmaker and educator. She is Bear Clan from the Mohawk Nation at Akwesasne. Her debut film was the award-winning Ohero:kon—Under the Husk, a 26-minute documentary that follows the journey of two Mohawk girls as they take part in traditional passage rites to becoming Mohawk women. This film received funding from Vision Maker Media and has been broadcast on many PBS stations since 2017. Her most recent film is the award-winning Without a Whisper—Konnón:kwe, the untold story of how Indigenous women influenced the early suffragists in their fight for freedom and equality. Without a Whisper was broadcast on PBS Plus in 2020. Katsitsionni is a 2021 Nia Tero Storytelling Fellow, whose focus is on amplifying Indigenous creatives working on innovative projects rooted in culture, environment and story. She recently participated in the 2021Jackson Wild Summit as a Multicultural Alliance fellow.

IDA: Tell us about yourself: What is your profession (or passion), and what are some of the notable projects you’ve worked on?

Katsitsionni Fox: I am a filmmaker, visual artist, and culture holder. As an educator for the past 20 years, I know first-hand the stereotypes of Indigenous people and maybe worse, our invisibility. I recently directed a segment for Sesame Street Workshop on racial justice in my community of Akwesasne. As a storyteller I focus on empowering stories of resilient Indigenous women. I share their stories through an Indigenous lens and from inside their circle. I make films I wish I had made as a young person. This is the legacy I want to leave for the coming generations.

IDA: As a member of several different documentary film groups such as Women Make Movies and Vision Maker Media, can you elaborate on the significance of being part of communities like these?

KF: Vision Maker Media (VMM) partnered with me on my first film Ohero:kon—Under the Husk. I’m grateful for the support they gave me through the process. I learned so much creating that first film. I am now on my third film with VMM. Women Make Movies has done an amazing job distributing my films. My film Without a Whisper— Konnon:kwe was released in 2020. Everything was happening virtually because of the pandemic. They navigated my film through this new frontier seamlessly. Both of these organizations have opened so many doors for me, expanding my network and reach as a storyteller.

IDA: If you had a limitless budget, what is the one topic you would want to produce a documentary on?

KF: Wow, that’s a great question. If I had a limitless budget I’d love to produce a documentary about Indigenous women around the world stepping back into their power and into the spaces we occupied in art, leadership, and community before colonization.

IDA: Are you working on any current projects that you want fellow IDA members to know about?

KF: Currently I’m creating a short film on Haudenosaunee contemporary uses of wampum that will be part of an exhibit at Musée Du Quai Branly in Paris, France. I am excited to be in production on my third documentary film supported by Vision Maker Media called Kanenon:we—Original Seeds. It is a story of Indigenous women who are regenerating and protecting our remaining heirloom seeds for future generations.