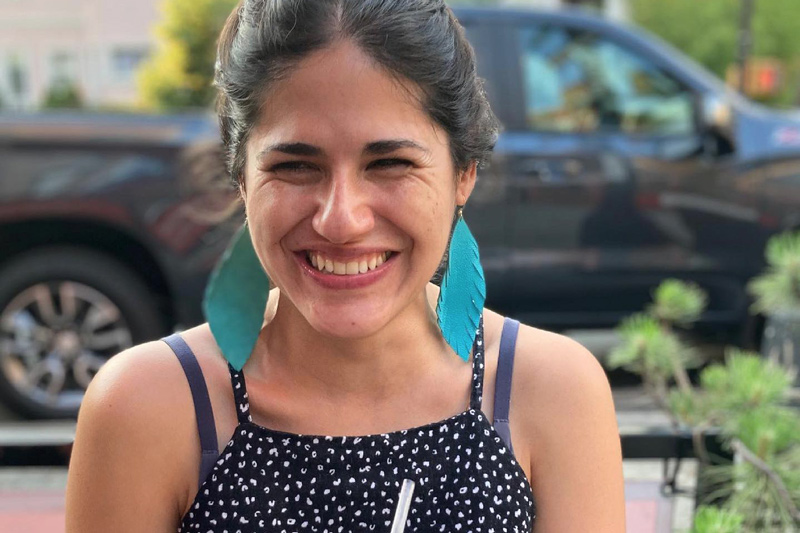 Iliana Sosa is a documentary and narrative fiction filmmaker based in Austin, Texas. Her documentary short An Uncertain Future premiered at the 2018 SXSW Film Festival, where it won a Jury Award for Best Texas Short. She was a Berlinale Talents participant and the recipient of a Firelight Media Impact Producer Fellowship, and was named a 2018-2019 Sundance Institute Development Fellow with her first feature documentary, What We Leave Behind (Lo que dejamos atrás). Iliana has participated in the 2019 True/False Catapult Retreat, the 2020 IFP Documentary Lab, and the Jacob Burns Residency with the project. She was recently named a Logan Nonfiction Fellow, a Women at Sundance Adobe Fellow, and one of Filmmaker magazine’s 25 New Faces of Independent Film in 2020. She holds an MFA in film production and directing from UCLA and is currently an assistant professor in the Department of Radio-Television-Film at UT Austin.

IDA: Your work encompasses both narrative and nonfiction film. Do you find that having experience in both areas provides unique perspectives or advantages?

ILIANA SOSA: I think having experience in both definitely influences my work. I like to take a hybrid approach in my storytelling and enjoy incorporating narrative fiction elements in my doc work. I love working with non-professional and professional actors. I think navigating both mediums allows me to explore both worlds from an unobstructed point of view. I don't think there are creative limits to either and, by engaging in both, I am able to move beyond some preconceived notions of what we think one or the other art form has to be.

IDA: A number of your projects have a theme of immigration reform. As a filmmaker and a child of Mexican immigrants, how important was it to be able to connect with the protagonists of your film because of your personal experience?

IS: It's very important for me to be able to connect with the protagonists of my films. As a child of Mexican immigrants, I take pride in connecting with my community—not only at a linguistic level—but also culturally. I understand the nuances of Latinx and Latin American culture and think it's very important to come from a grounded place when connecting with my protagonists. I love being able to capture the faces and traditions of the people that raised me and I grew up with. It's a source of immense joy for me to be able to showcase their beauty and resilience.

IDA:  Is there a particular documentary that has had a significant impact on you?

IS: I love Tatiana Huezos' The Tiniest Place. The cinematography and lyricism of this poetic film have always stayed with me and are a constant influence in my work.

IDA: What is one piece of advice you would give to emerging filmmakers?

IS: I would encourage emerging filmmakers to not wait for someone to give you permission to go out and start filming something that interests you, even if it means borrowing a camera. I think it's important to also not be so precious in trying to make a perfect film. The beauty of documentary lies in its imperfections and capturing everyday life as we know it.

IDA: Are you working on any projects that you want fellow IDA members to know about?

IS: I just wrapped post-production on my first feature doc, What We Leave Behind. It's about how my grandfather embarked on a construction project in his rural Mexican hometown, and I try to piece together how my family has built and rebuilt a home over decades of separation. It will be starting its festival circuit process next year. Check the film’s page for updates.