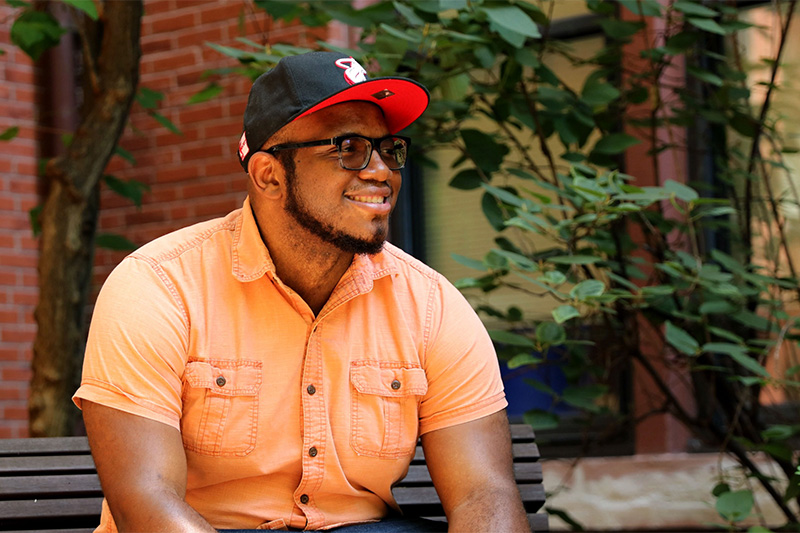 Alex H. Rafi is a St. Louis-based documentary filmmaker and educator. Originally from Miami, FL, Alex earned his BA in Communication and Cinema Studies from the University of Pennsylvania and his MFA in Documentary Film at Stanford University. His short film, On Task (2019), screened at several film festivals including Mammoth Lakes, SF DocFest, and the New Orleans Film Festival. His most recent film a door away (2021), premiered at Brooklyn Film Festival and has since screened at the 10th annual BlackStar Film Festival. Alex is invested in foregrounding the stories of people of color, millennials, and Gen Z, and is looking forward to more opportunities to connect with inspiring people around the United States. He is currently an Assistant Professor of Media Production in the Department of Communication at Saint Louis University where he teaches courses in video, documentary, and digital storytelling.

IDA: Was there any particular project you’ve worked on that helped shape the trajectory of your career?

ALEX H. RAFI: Teaching has been pivotal to my career so far—from the film topics that have been inspired by observations I had while teaching to being a production professor myself. I never would have considered teaching if it weren’t for a short observational doc about a high school theatre teacher that I made as an undergraduate. Being in her classroom for a few months made me value the role teachers have in communities more and it showed me how I could support students when I became a teacher.

IDA: As a professor, what is one thing that you hope to instill in your students as they start their career in documentary filmmaking?

AHR: I hope that my students value the participants they work with. As doc filmmakers and journalists, they are creating films about real people so I want them to always remember that their subjects have full and complete lives that may be affected by how they choose to represent them in their work. While they can still challenge them, it is crucial that they never forget their humanity and are fair in their representation.

IDA: If you had a limitless budget, is there a specific topic you’d like to create a documentary on?

AHR: Though I live in a different city now, Miami, FL will always be home. It’s a city with a diverse population and unique pockets of culture. I would make a longitudinal doc focusing on the secondary education of some students from different neighborhoods and ethnic backgrounds. Exploring the personal growth of students around the area through their educational experiences would be very exciting. It would also be a great opportunity to foreground the richness of the Black and the Latinx communities that are central to the history and culture of Miami.

AHR: IDA’s been a great resource for me for the past year. From screenings of amazing films to interviews and features with different makers, I’ve really felt connected to the broader doc community despite largely being “at home”.