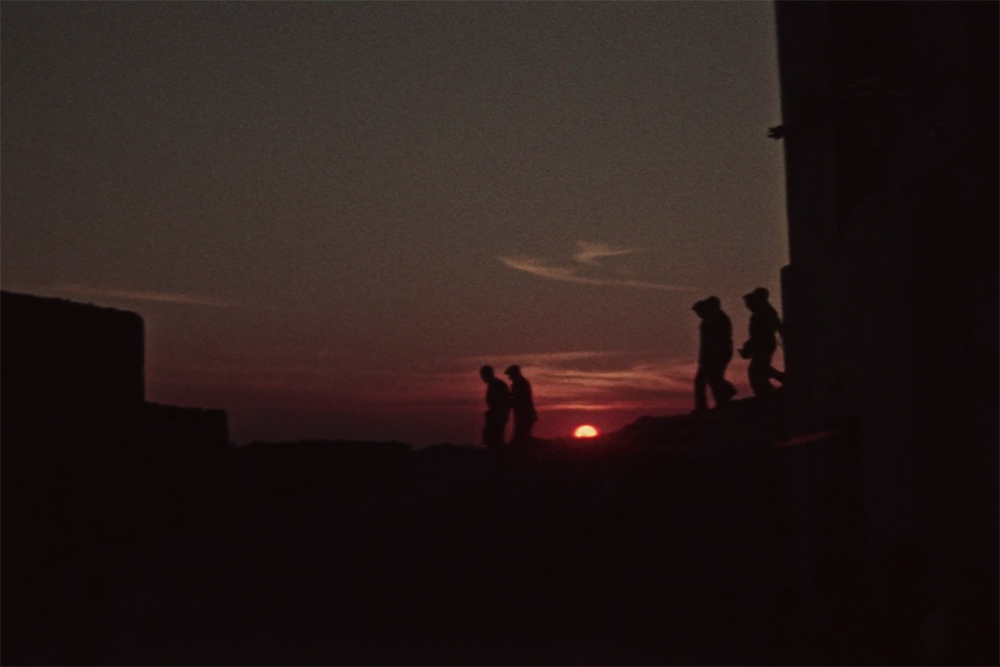 When filmmaker Ayo Akingbade finished making Tower XYZ (2016), she wrote a manifesto “for the underdog, the unsung, the pissed off and the tired.” Three of her films―hybrids of documentary, experimental cinema, and personal essay―Claudette’s Star, Fire in My Belly, Dear Babylon are now streaming on MUBI.

Also on MUBI, The New York Stories: A Jackie Raynal Double Bill features two of Raynal’s films―New York Story (1981) and Hotel New York (1984). Raynal, who edited Eric Rohmer’s Six Moral Tales, studied at the Sorbonne and was a member of the radical filmmaking collective, Zanzibar Group. It is at this group that Raynal was encouraged to transition to filmmaking from editing.

Over at Metrograph, the fifth program of the series Artists On Camera, 1967-2021, streams from August 10-17. The films in the program―including Don Amis’ Festival of Mask (1982) and James Tartan’s Murals of Aztlán: The Street Painters of East Los Angeles (1981)―explore the world of artists who centered their artistic practice around community-based and collaborative methods of production, thereby taking their art away from the echo chambers of museums and galleries.

In French filmmaker Dorothée-Myriam Kellou’s In Mansourah, You Separated Us, the filmmaker accompanies her father as he returns to his village in Mansourah, Algeria. This poignant tale of homecoming set against the background of the ghosts of the A​​lgerian war of independence, is now streaming on Icarus Films.

Parchís was a Spanish children's music group that rose to popularity in the 1980s. A documentary about them, also called Parchís, is streaming on Netflix. In this emotional and intimate documentary, we meet former band members and hear from them of how an early stardom both defined and robbed them of their childhoods.

The Italian filmmaker, Vittorio de Seta is considered to be “an anthropologist who speaks with the voice of a poet” by Martin Scorsese. Over at The Criterion Channel, a collection of 10 of his short documentaries are available to stream. We like all of them, but particularly Easter in Sicily and Solfatara.

END_OF_DOCUMENT_TOKEN_TO_BE_REPLACED

Screen Time: Week of May 4