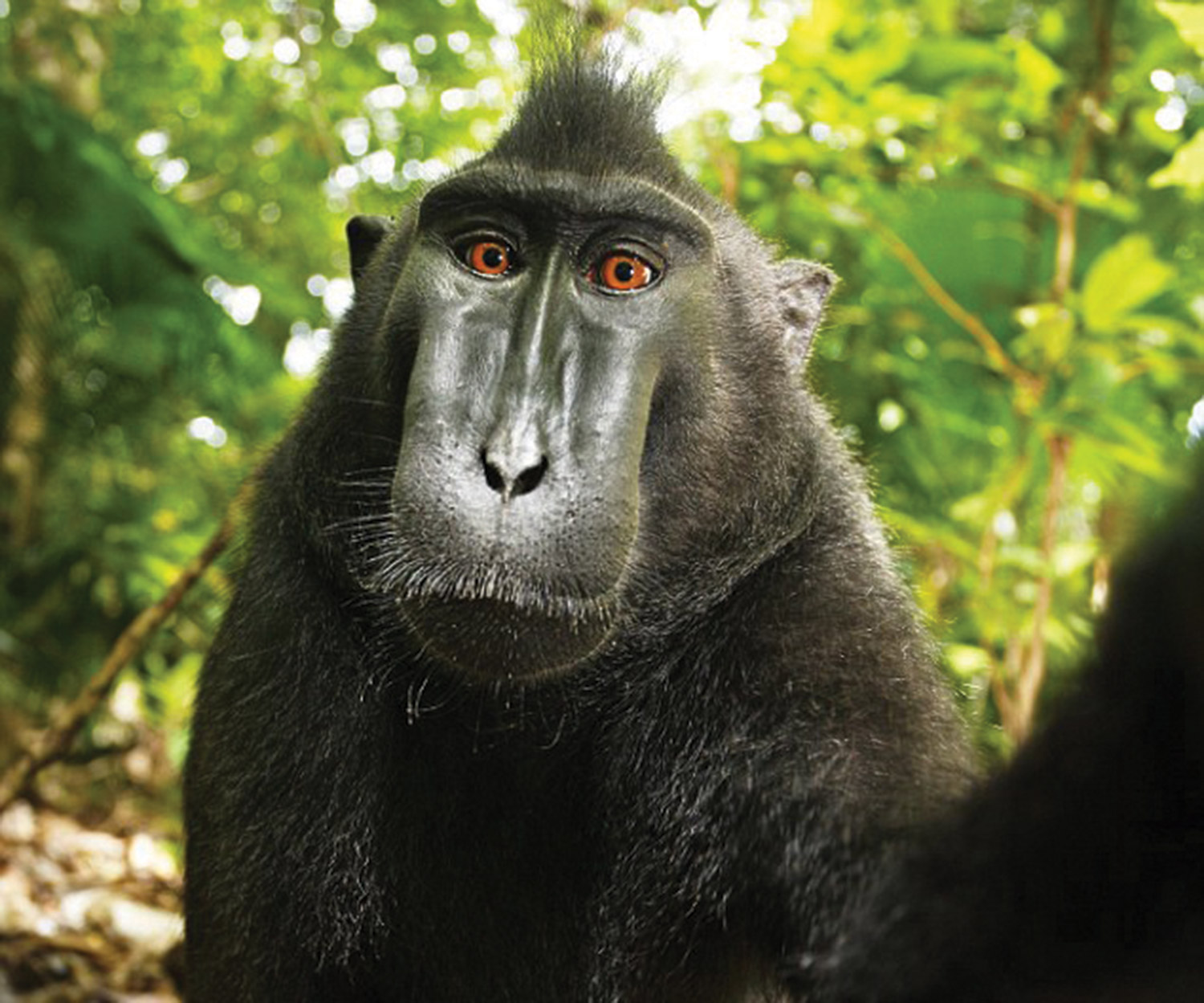 This edition of Legal FAQ answers an assortment of questions relating to treatment of celebrities in remote locations, obtaining government-created stills and footage from private archives, and whether copyright applies to works generated by non-humans.

My documentary has a celebrity host and we’ll be filming in a remote location. What now?

Filming in remote locations can be trying for those working on and appearing in documentaries.

A number of issues must be considered when production takes place in the wilderness or otherwise away from optimal infrastructure. Locations must be evaluated for exposure to elements, security and proximity to medical care, among other concerns. Insurance, such as medevac coverage, can be obtained to offset risk in many cases, hardened equipment used, and security personnel engaged, as necessary.

When a project involves celebrities, there are additional considerations. Celebrities are often accustomed to working, traveling and sleeping in conditions more luxurious than a documentary production is able to provide. It is not uncommon for a celebrity host (or his representatives) to make the same types of requests when negotiating an agreement to host a documentary that the celebrity would receive on a large-budget feature, such as first-class travel and hotels, private cars, a trailer, an assistant, hair-and-makeup personnel to travel with the production, and a stylist-and-wardrobe budget.

Many of these requests are difficult to accommodate on documentary budgets, are logistically not feasible and may go against the low-key, egalitarian environment that filmmakers are hoping to foster. For example, a trailer, which must be set up at each location, would be a hindrance, to say the least, when a production is moving quickly between locations to interview participants and attempting to be inconspicuous. When traveling to and staying in remote locations, it’s often impossible to meet these requests.

The flip side, of course, is that filmmakers must understand that while a celebrity may genuinely be excited about a documentary project, that celebrity is frequently asked to travel and work for long periods of time away from home, and is often creating real commercial value for the documentary. If the celebrity or her representatives have not been involved in similar projects, there also may be a lack of understanding that in many cases documentary production does not take place in the same type of controlled environment as a narrative film.

Conversations with hosts and their representatives about production logistics and what to expect are essential, especially when production occurs in challenging environments. With the proper information, reasonable accommodations can sometimes be made. For example, a private SUV could be provided for a host to travel in and change outfits, in lieu of a trailer. Other times, it is only when these details are made clear that a host understands exactly what is expected on a production and then is able to make an informed decision about whether or not to participate.

Are all works by the US federal government in the public domain, and if so, why would a documentary maker pay an archive for them?

Public domain status applies, for example, to photographs, films and other works created by certain agencies and branches of the federal government including NASA, the Department of Defense, Congress, and the armed services, as well as many other parts of the government. There are some traps, however.

For one, according to Section 105, the US government “is not precluded from receiving and holding copyrights transferred to it by assignment, bequest or otherwise.” If the Library of Congress, for example, receives a collection of stills or films from a photographer or documentary maker, the collection still may be protected by copyright. And sometimes the government commissions a third party to create a work, such as a piece of public art, who assigns it back to the government, thereby permitting the government to assert copyright protection. This was illustrated in a case brought by an artist against the US Postal Service for using on a stamp an image of the statues he created of soldiers comprising the Korean War Veterans Memorial. Congress enacted legislation to erect the memorial, but a subcontractor commissioned the statues and the artist retained the copyright. The artist won.

Speaking of stamps, artwork and design on stamps are typically protected by copyright and not in the public domain, even if created by the US Postal Service. Logos and insignias of the federal government might be subject to trademark-like protection even if not protection by copyright, although that would seldom prevent a documentary-maker from including a logo or insignia in a film. And the exclusion of copyright protection does not apply necessarily to use of US government-created works outside the US.

Even public-domain images created by the federal government, however, may still command a price for access. An archive like Getty Images is entitled to charge for images that are provided through its services even if they are unprotected by copyright, but of course, it cannot prevent unlicensed third parties from using the same material. In a pending class action lawsuit brought in the State of Washington by a digital media marketing company, Getty stands accused of fraudulently claiming ownership of public domain images (such as NASA images), guaranteeing exclusivity, and accusing users of public domain images of copyright infringement. (As of this writing, Getty has not yet responded.)

What about state, local and foreign governments? Unlike the US federal government, no rule prevents them from owning copyrights, and most of them do.

This is not to rule out fair use in appropriate circumstances. The point is that at least for many US government creations, fair use and the restrictive criteria for its application are not relevant because there is no copyright protection to begin with.

Should documentary producers be concerned about copyrights in wildlife footage in light of the “monkey selfie” dispute?

Documentaries and television series featuring wildlife have never been more popular. Recent productions have captured breathtaking scenes of rare species in their remote settings. The most compelling segments witness wildlife engaging in primal activities, such as migrating, hunting for food, searching for a mate or surviving dynamic elements fueled by climate change.

Producers have developed elaborate photographic strategies to view wildlife undisturbed within their natural habitat. Production campaigns often involve passive production techniques such as motion-activated photography, where the camera is locally installed but is engineered from a distant location. Experienced producers understand that wildlife photography is unpredictable. In some instances, curious wildlife subjects may engage the camera and create self-images that are especially precious.

Where wildlife initiates the actual photography, who owns the copyright? This legal issue was debated in the controversy surrounding the recent “monkey selfie” dispute.

In 2011, Naruto, a seven-year-old Celebes crested macaque in Indonesia, snapped several selfie photos using the camera of British nature photographer David Slater. Without seeking Slater’s permission, Wikimedia Commons published selfies obtained from newspaper articles about Slater’s playful photographic encounter with the monkeys. Slater argued in a letter that he owned the copyright and requested that Wikimedia Commons remove the selfies from its image library. In support, Slater asserted that he made significant creative contributions to the monkey selfie photographs (supplying the camera, tripod placement, exposure setting, etc.) and that the copyright therefore belonged to him. Wikimedia disagreed: It said the photographs were in the public domain because “copyright cannot vest in non-human authors” and “when a work’s copyright cannot vest in a human, it falls into the public domain.” The US Copyright Office published an opinion in August 2014 that supported Wikimedia’s view, stating “only works created by a human can be copyrighted under United States law.” In a subsequent lawsuit filed by PETA on behalf of Naruto against Slater, the Ninth Circuit confirmed that animals have no legal authority to hold copyrights claim.

If the monkey is unable to own a copyright to the selfie photographs, does the copyright belong to the photographer? Experts disagree about the answer. While the prevailing view in the US is that the work falls into the public domain, certain authorities including the UK Intellectual Property Office, favor potential ownership to the photographer under compelling circumstances. The answer seems to depend on whether the photographer has made a meaningful creative contribution to the work. Ultimately, according to the UKIPO, “This is a decision which must be made by the courts.”

The monkey-selfie dispute raises issues that may impact wildlife and other documentaries. What is the status of the copyright where the images are captured by motion-detecting hardware? Is any form of passive camera work, sufficient to bestow copyright ownership on the owner of the camera and recording media? Would a court view the mere installation of cameras as a creative contribution sufficient to qualify for protection under international copyright treaties? These questions apply not only to photography equipment in the wild but also to security cameras, police body cameras and dash cameras closer to home, for example. The answers will depend on the location of the shoot, the nationalities of the humans involved, whether copyright laws are rewritten and how they are interpreted.

FRANKLIN, WEINRIB, RUDELL & VASSALLO has over 50 years of experience of counseling makers of documentaries and other nonfiction works in every project phase.  Find out more at documentarytoolkit.com.