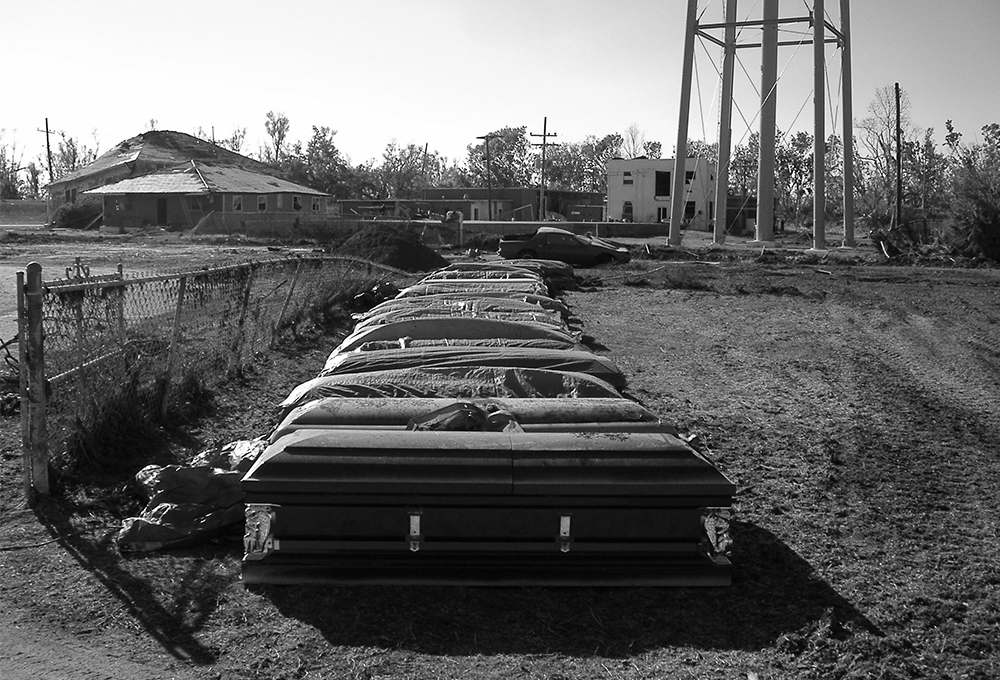 Sometimes, documentarians adopt a strategy that American archivist Rick Prelinger calls "asking forgiveness instead of permission." These filmmakers use materials without pursuing rights, hoping nobody will "come knocking at their door in the middle of the night." If that should happen, they proceed to Plan B: drop to their knees and describe to the rights holder the film's insignificance: "It'll only be shown in two theaters...We'll be giving many of the DVDs away...It'll only be included in a couple of film festivals...We'll be self-distributing."

Don't assume you can't clear archival footage simply because it's unaffordable. Despite the financial challenges that using archival presents, creative producers find ways to include such material in legal and professional ways. After all, you want people to see and appreciate your film. You want it to succeed.

Success requires distribution of some kind. And distribution almost always involves gatekeepers—networks, studio legal departments, E&O insurers, etc.—organizations and companies that require access to your clearance paperwork. Without this paperwork, your film won't pass the gates into the viewing world.

The following brief survey of clearance-related topics is for those of you who know you must deal with that thorny issue sooner or later, but don't know how to proceed. For some of you, this may be a basic review; for others, a brief introduction to a huge topic.

In the US, copyright is defined in the first article of the Constitution: "The Congress shall have the power...To promote the Progress of Science and useful Arts, by securing for limited Times [my emphasis] to Authors and Inventors the exclusive Right to their respective Writings and Discoveries."

Limited times—the "copyright clock," if you will—has been redefined by Congress repeatedly from two 14-year terms to two 28-year terms (the second term applicable only if the author renewed the copyright) to "the life of the author plus 50 years" and, most recently, to "the life of the author plus 70 years" (or, in the case of works for hire, as high as 120 years from creation), primarily due to political pressure applied whenever ownership of valuable material was threatened by the imminent end of the term. When the clock runs out on a work, it falls into public domain: that previously mentioned collection of creative wealth owned by society at large. During most of the 20th century, only about 15 percent of copyrights were renewed; therefore much work did fall into public domain after its first term.

If we were still under the pre-1978 renewal system (two 28-year terms) now in 2013, anything distributed before 1957 would have been released into the public domain by now. But with all the subsequent changes in the law, nothing published beyond 1923 can be assumed to be in the public domain automatically, and much less material has entered the public domain since 1978.

Fortunately, running down the copyright clock is not the only way things enter the public domain. Unless restricted for security reasons, most material created by the US Government automatically enters the public domain. This includes military footage and stills, White House photos and film, C-SPAN recordings (but only of activities that take place on the floor of Congress), and work generated by hundreds of Federal projects and departments. Examples include the Works Progress Administration, the Bureau of Indian Affairs, the US Information Agency, NASA and the National Institutes of Health.

In addition, privately owned materials can be donated to the public domain if owners are willing to relinquish their copyright for the public's benefit. One such collection is of Universal Newsreels, a collection of theatrical newsreels (1929-1967) donated to the American people by Universal Studios. The newsreels and their outtakes are a great source of archival footage for history films.

How then do you know if an item has fallen into the public domain? The US Copyright Office has handwritten ledgers of copyrights and renewals up to 1978, and an online database for registrations since then. (Google recently began the huge project of digitizing the handwritten ledgers). Until that project is complete, the ledgers can be readily accessed by a researcher at the Library of Congress. The Copyright Office also offers a search-for-fee service (usually very slow).

How are license fees determined by commercial archives? Fees from corporate sources (including most news outlets) are usually based on:

Most archives' rates are negotiable. I always tell my clients to buy the most material from the fewest sources, as this increases the possibility that you can negotiate a lower fee.

Though filmmakers often can only afford the rights they need immediately (and also need to acquire clean masters), most hope to exploit other markets down the line, perhaps when they get a distributor. Therefore, it's a good idea to negotiate for an "upgrade window," during which the limited rights you initially buy can be expanded later for the difference in price, as opposed to requiring a whole new negotiation. Archive managers understand the difficulty filmmakers face in finding distribution; they tend to allow upgrade windows, often for as much as six months.

Some material involves multiple clearances because of its "underlying rights." With music, you must clear both the synchronization rights from the publishers who represent the composers, lyricists and arrangers, and the master use from the record company (if you use a pre-existing recording, rather than a performance your crew captured). Often, you must pay a third fee to the American Federation of Musicians to compensate members of an orchestra, an opera company or a backup band. That's why using pre-existing music is so expensive.

Another example of underlying rights involves using clips from feature films or TV shows. You must not only clear clips from the studio or production companies that own them, but also pay fees to the Writers and Directors Guilds, and negotiate a residual for every SAG or AFTRA actor who appears in your clips. There may also be music rights to clear for underscoring, and you may have to clear trademarks for characters (such as Superman and Homer Simpson) or even the "right of personality" for a performer (Fred Astaire, John Wayne, etc.). You will see on every license agreement a paragraph explaining that it's your responsibility to seek out, and pay for, any underlying rights.

It may seem as if clearances represent a cauldron of insurmountable obstacles, but the news isn't all bad. Besides a vibrant public domain, there is an exception built into the Copyright Act that establishes—as Anthony Falcone, co-founder of the CIS Fair Use Project at Stanford describes it—"the lubrication between copyright and Free Speech."

It's easy to imagine a situation where copyright could limit free speech. Say Robert Greenwald is making a film about alleged bias in Fox News reporting (Outfoxed: Rupert Murdoch's War on Journalism). Is Fox going to open up their news archive to him? Or let's say you're making a documentary about the dangers of second-hand smoke and want to show some cigarette commercials. Would tobacco companies be likely to give you permission? Fair use is designed to help you in such situations.

Besides facilitating the use of copyrighted materials for analysis, reviews and certain types of illustration, fair use also pertains to "incidental capture." Imagine Jon Else is shooting a verité film about an opera company (Sing Faster!) and he wants to show that while "high art" is being performed just a few feet away, stagehands are backstage, playing cards and watching The Simpsons on TV. If, as a documentarian he should present reality as accurately as possible, what happens when 20th Century Fox tells him they want $7,000 to license the four-second Simpsons clip that appears on the stagehands' TV screen or face a lawsuit? Else replaced The Simpsons with public domain footage-and altered what the stagehands were actually watching. Think about it: If owners can exercise control over documentarians' use of copyrighted material that appears incidentally in their shots (logos on shirts, elevator music, signage, ringtones, posters on walls, etc.), a crisis of credibility is created.

Although the Copyright Act specifies four tests that determine if a use is fair, case law has shown that, practically speaking, only two tests concern the courts in determining fair use:

The Center for Social Media at American University distributes the "Documentary Filmmakers Statement of Best Practices in Fair Use," which can be obtained free from their website. It's a great starting point for understanding fair use.

But what about the gatekeepers? Don't they need to see every release? Thanks to the widespread use of the "Statement of Best Practices," the industry as a whole is coming to accept legitimate instances of fair use. In taking advantage of fair use, you should engage an intellectual property attorney. Review a cut of your film with the attorney, who will then write an opinion certifying which uses he or she believes are fair, and why. This letter serves as a widely accepted substitute for a license agreement for those items. This way, you can exercise your fair use rights and still "get through the gate." Remember, though, that each individual use must be evaluated on its own merits. In very few documentaries would all third-party uses be considered fair. Exceptions might include Kirby Dick's This Film Is Not Yet Rated and, as mentioned, Outfoxed.

Producers have numerous responsibilities: aesthetic, practical, financial and legal. And, al though it's impossible in this brief article to elaborate on the myriad legal issues involved in the use of archival, my hope is that this article will encourage you to learn, plan, seek advice and budget carefully before you move ahead with an archival project. Much more detail and guidance is provided in my book, Archival Storytelling.

Kenn Rabin has served as producer, consultant, writer and archivist on more than a hundred films, including the documentaries Vietnam: A Television History, Eyes on the Prize, How to Survive a Plague and Inequality for All, as well as episodes of the PBS series POV, Frontline, Independent Lens, American Experience and American Masters. His feature credits include Good Night, and Good Luck; The Good German; and Milk. He is the author, with Sheila Curran Bernard, of Archival Storytelling: A Filmmaker's Guide to Finding, Using, and Licensing Third-Party Visuals and Music.

END_OF_DOCUMENT_TOKEN_TO_BE_REPLACED

Errors & Omissions & Rights, Oh My! A Guide to Protecting Your Film

Fair Use: The Documentarian's Best Friend

For a Song: How to Get the Music You Want