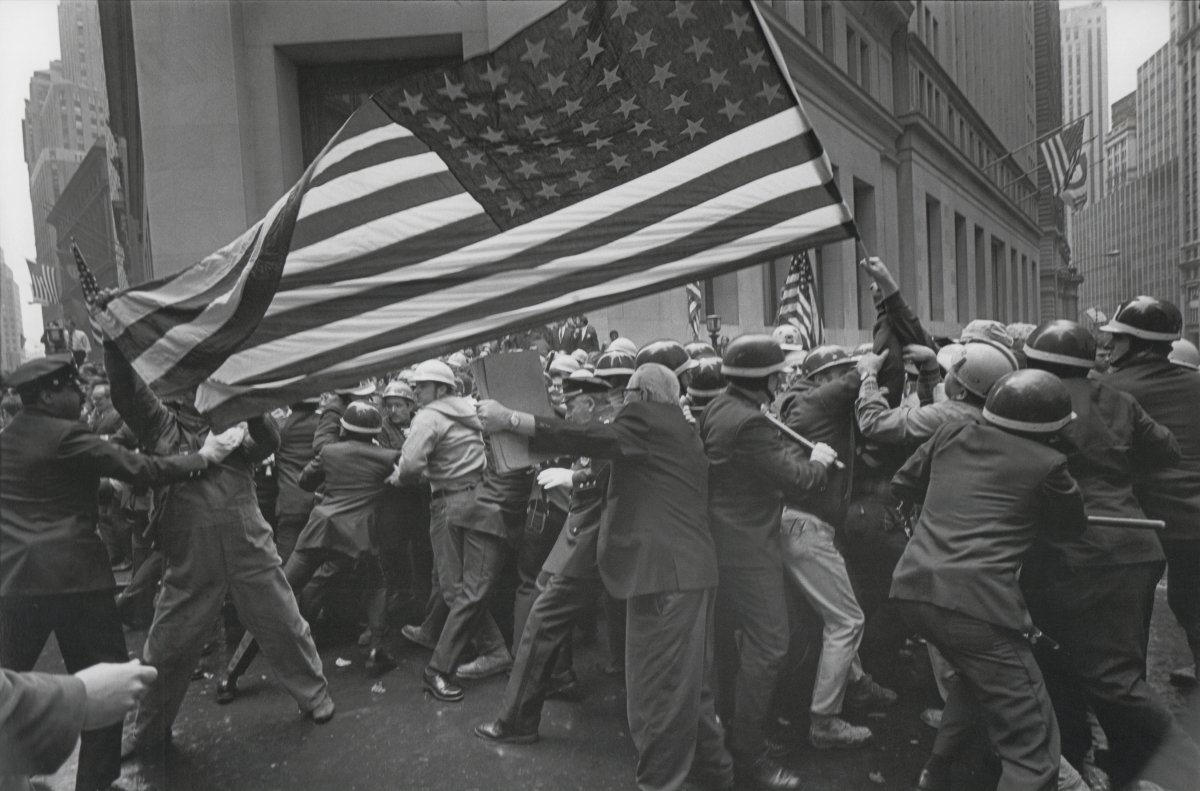 Vietnam looms large in the American psyche. It was a war with no news blackouts or selectively embedded journalists, and it was discussed at the dinner table in nearly every home. We sat rapt in our living rooms as the news broadcast the faces of weary young soldiers, Buddhist monks aflame, and dead and wounded bodies littering rice paddies and roads. It was, for many of us, among our first memories of television, a jarring juxtaposition to The Brady Bunch and Batman.

The war remains so polarizing and lingers so heavily, that 40 years after its end, it continues to agitate. In 2016, Senator John McCain's horrific POW experience was denigrated by current President Donald J. Trump, a man who took advantage of five draft deferments to avoid military service. And, during John Kerry's 2004 bid for the presidency, his opponents created a poisonous counter-narrative to his lauded military career (which included receiving a Purple Heart) that essentially derailed his campaign.

Hollywood has taken many shots at mining meaning from the war as well. But despite their cinematic brilliance, films like Apocalypse Now, The Deer Hunter and Full Metal Jacket are hardly snapshots of the actual event. Even the excellent fiction and nonfiction books that cover countless aspects of the conflict fail to give us a complete picture.

But now, in their epic ten-part series, The Vietnam War, which premieres on PBS September 17, Ken Burns and Lynn Novick have applied their formidable skills as historians and documentary filmmakers to capture its breadth and depth.

Written by historian Geoffrey C. Ward and narrated by Peter Coyote, The Vietnam War is an illuminating and often wrenching emotional journey into the heart and soul of two countries. At the end of each of the prophetically titled episodes, viewers already at the edge of their seats may have to remind themselves to breathe.

Begun in 2006, shortly after the duo finished their World War II series The War, this ten-year endeavor is rich in multiple narratives, never-before-seen-or-heard historical content sourced from global archives, and seamlessly integrated sound and music, that altogether effects a wholly immersive viewing experience.

Burns and Novick don’t work with a template, and when they began wrestling with the subject matter, they had no idea where it would take them. "I think if we had a clue, it would've turned out differently than what we expected," Novick admits. "If we had gone into the film with a plan, like, 'Here are the points we're going to make,' we wouldn't have made the film that we made. We start with an idea but it's really an open process."

Burns explains that the confluence of visuals, including stills and film footage, and over 150 songs, was as complicated as any feature film. "The idea was to make it feel as if you're there," he says. "We invited representatives of all of the three major archives, ABC, NBC and CBS, and they were stunned to see the war footage they thought they knew coming alive and intermingling with their competitors' footage into something that was seamless—but more important than that, experiential."

The production team continued to find ways to bring the material to life, and at one juncture, editors and sound editors went into the woods near Burns' New Hampshire home and shot AK-47s and M16s to build the audio for an overlay that would create greater intimacy during battle scenes.

They continued to fine-tune the episodes nearly up until broadcast. "We never stop researching, which I think is one of our tricks, and we never stop writing, which is also one of our tricks," Burns explains. "We never really stop shooting either." He recalls being in the middle of showing a fine cut to a large group of people in New Hampshire when some new information came up. "We were able to pull Pham Luc [a former North Vietnamese foot-soldier who was in the US for this screening] aside and we did another interview right there in the barn. This happens all the time, and it's being corrigible and open to the end."

The multiple threads that create a clear chronology of the war were woven together during a meticulous three-year editing process. The series covers the birth of the conflict by exploring the Vietnamese quest for independence from France, the complex jockeying for power in the North and South, and the booms and cracks of their civil war. It explains the US' early involvement as a prudent response to Cold War realities, but then illustrates how American hubris and political chicanery prolonged the terror in Southeast Asia and instigated a societal rupture at home.

The scope of information here is unprecedented even for the work of Burns and Novick. Determined to look at the era with "fresh eyes," they deliberately eschewed sitting down with well-known figures like Kerry and McCain, which allows viewers to push any pre-conceived notions aside. Instead, they make us privy to the startling confidences of presidents, and go deep in the White House and the Pentagon, but it's their reliable narrators, mostly ordinary people, who are the most profound.

The filmmakers interviewed veterans of the US military, anti-war activists, a deserter, war correspondents, former diplomats and a Gold Star mother, and they include the tape-recorded correspondence of a young man who wouldn't survive, but whose remarkable impressions of the war zig-zag from banal to horrifying. What's most striking, though, are the candid, first-person accounts of South Vietnamese veterans and civilians who were caught in the crossfire, as well as former Vietcong guerillas and North Vietnamese foot-soldiers and military leaders. Their perspective is critical, and allows for a 360-degree view of the conflict.

Burns wryly observes that ten years on a single film can buy a lot of research. "I think the human resources of this film are unique because of patience," he notes. "We enjoyed unusual access to Vietnam, the country and its archives, but most importantly its people. We approached it the same way we approached the research for the Americans. Read a story, read a novel. You read history and they'll talk about somebody, and you'll try to find that person."

According to Novick, who conducted interviews in Vietnam with the assistance of the film's Vietnamese producer and translator, Ho Dang Hoa, no one was averse to talking, but they wondered who'd watch. "They wanted to know if American people were really interested in what they went through," says Novick. "After we'd talk they'd say, 'We really want to tell you because we don't talk about the war in this way here, and our children and grandchildren don’t know much about it.'"

The Vietnamese stories are revelatory, and the arc of their personal experiences are often in concert with that of the Americans. "We're all human beings, right?" Burns notes. "I think too often, our own exceptionalism gets in our way, and we forget to extend to the other humanity."

Hearing individuals from all sides of the conflict describe the same commitments to a just cause— albeit from different perspectives—only to become disillusioned; decry a draft that sent young men of little means into battle while the children of the wealthy remained impervious; express anger and confusion at government obfuscation; or describe how they remain haunted by the deaths of friends and family members, resonates long after the series ends.

In no small way, The Vietnam War couldn't come at a better time. The fallout of this catastrophic failure, built by five US presidents of both political parties, was not a reckoning, but an amplified legacy of polarization and an aversion to any public discussion beyond sound bites and tropes.

Burns suggests we more closely observe the human overlay of events. "We get distracted by a couple things," he observes. "One is, people like to say, 'History repeats itself.' And that's almost like a stiff-arming of history. You don't really have to know it. 'We're condemned to repeat what we don't remember' is a wonderful phrase too, but that's not true either. Human nature remains the same. And human nature superimposes itself over the seemingly random chaos of events, where we perceive patterns and themes and motifs and echoes."

If we can come to terms with Vietnam and what it has left behind, we may be able to better negotiate the pulled-from-the-headlines parallels, inexplicable politics and upheaval we're experiencing now. And, as our foundation continues to shift, that recognition may allow us to have more clarity going forward.

Elisabeth Greenbaum Kasson is a Los Angeles-based writer and editor who covers the collision of culture, technology and business. Her work appears in the Los Angeles Times, Los Angeles Magazine, HR Magazine and other venues.

END_OF_DOCUMENT_TOKEN_TO_BE_REPLACED

The Florentine Four: Ken Burns and Partners Look Back on 30 Years of Documentary Production