Defending the Rainforest in the Philippines: 'Delikado' Means Danger 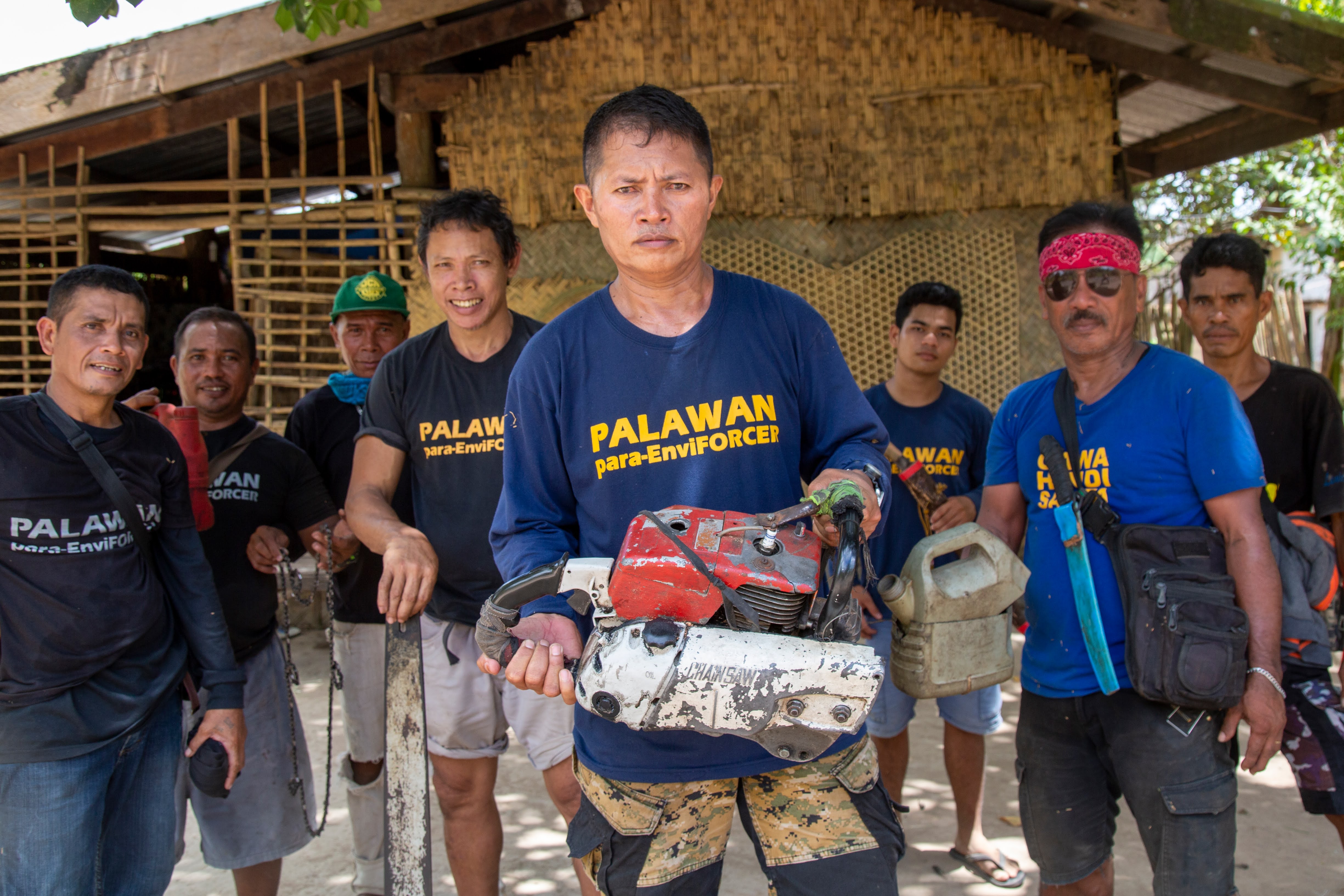 For tourists, the Philippine island of Palawan is a tropical paradise. For illegal loggers, it’s a place to plunder one of the last great rainforests. For locals defending the trees in lieu of government action, it’s a deadly place to work.

Delikado means danger in Tagalog. When Australian journalist Karl Malakunas set out to make his first film a decade ago, he was then Philippine bureau chief of Agence France-Presse and he wanted to make a film about eco-tourism there. But when his main contact was murdered, the project shifted to land defenders in general and the Palawan NGO Network Inc. (PNNI) in particular.

The film follows four people: Tata Balladares, who leads the group’s patrols in the rainforest; “Kap” Ruben Arzaga, a former logger who’s now defending the trees he used to cut down; lawyer and PNNI executive director Bobby Chan, who brazenly displays the chainsaws confiscated by the group; and Nieves Roseto, mayor of El Nido, Palawan’s main town, who supports the land defenders but is up for reelection against a rival endorsed by President Duterte, who falsely accuses her of drug trafficking and threatens death.

Sydney-based cinematographer Tom Bannigan, ACS, knew the director from the time both worked in China—Bannigan for the Australian Broadcasting Corporation and Malakunas as a news editor for Agence France-Presse. A specialist in extreme environments, Bannigan has filmed in remote Indigenous lands in Australia, the criminal underworld in Peru, former ISIS strongholds in Syria, and Afghanistan under the Taliban. This film was right up his alley.

After the introductory text saying that Palawan has “one the oldest, largest, and [most] diverse rainforests in the world,” the film begins with a raid by the land protectors. As the cinematographer explains, that raid “establishes what these people do; what they’re after, which is chainsaws; and the danger they face.”

It’s early morning and the group rests on the ground. A prayer follows: “You know, Lord, we are fighting for the environment.” Then hands dip into a communal pile of rice for breakfast.

A GoPro records someone positioning it on another’s head. GoPro shots follow of hands bushwhacking a path with a machete. It’s tough going. Kap signals for the cinematographer to listen. A chainsaw is heard in the distance. As they approach, Tata gives instructions, warning, “If the lookout spots us, we’re dead.” There’s a long-lens shot of a downed tree and extreme close-ups on faces as they strain to listen.

Tata signals for Bannigan to go first. The handheld camera shakes as the cinematographer crosses rough terrain and cut branches. The tree has already been sliced into three long planks. A chainsaw rests on the trunk. The illegal loggers are at lunch somewhere close by. Tata commands, “Double time…rush it.” Close-ups of the disassembly of the chainsaw follow, and of hands filling out the paperwork that will be left in its place.

After a few tense minutes, they’re done. As they walk away carrying the dismantled chainsaw, the camera reveals most to be barefoot on slippery, muddy terrain. The scene ends with a drone shot of the group threading along a path, deep in the rainforest.

The land defenders would traipse through the rainforest for hours on end. Bannigan was with them, carrying his gear in sauna-like conditions. So he had to keep his kit light. The cinematographer says, “It was a fairly Spartan approach that hopefully represented the way the characters operated.” He continues, “When we first started filming these confiscations, we decided there were logistical limitations. We couldn’t carry many things into the forest. It was too slow. We had to be really mobile.” In terms of camera style, he notes, “It had to follow the action and have a real sense of vérité. I wanted it to feel fairly raw and intimate at the same time.”

Bannigan shot the film on a Canon EOS C300 Mark II. “I needed something compact and robust, but with a good picture and XLR inputs for audio. Often I’d be crawling through the forest and needed to be both nimble and very quiet, so this rig worked well.”

The Canon recorded in 4K (DCI). “The data wrangling was a nightmare, but I think it was worth it,” Bannigan says. “We were always aiming to have a theatrical release. [Ed. They did in Australia.] 4K meant it would look better on a big screen, but also give it some longevity. If it was HD or 2K, it would have dated faster.”

He carried two Canon EF lenses. The first was a wide-angle 16–35mm and the second a telephoto 70–200mm. “I like shooting at either 16mm or 200mm, so it was perfect for that,” he explains “They are also fairly fast lenses and shot wide open at 2.8 most of the time. I also had to carry all the batteries, audio gear, water, and food, so I had to be very economical in what to take, as we’d sometimes hike all day in very uncomfortable conditions.” Polarizers were used throughout. He also brought a 100mm EF macro, for the rare nature close-up. Wearing a photo vest, he could easily swap lenses out. 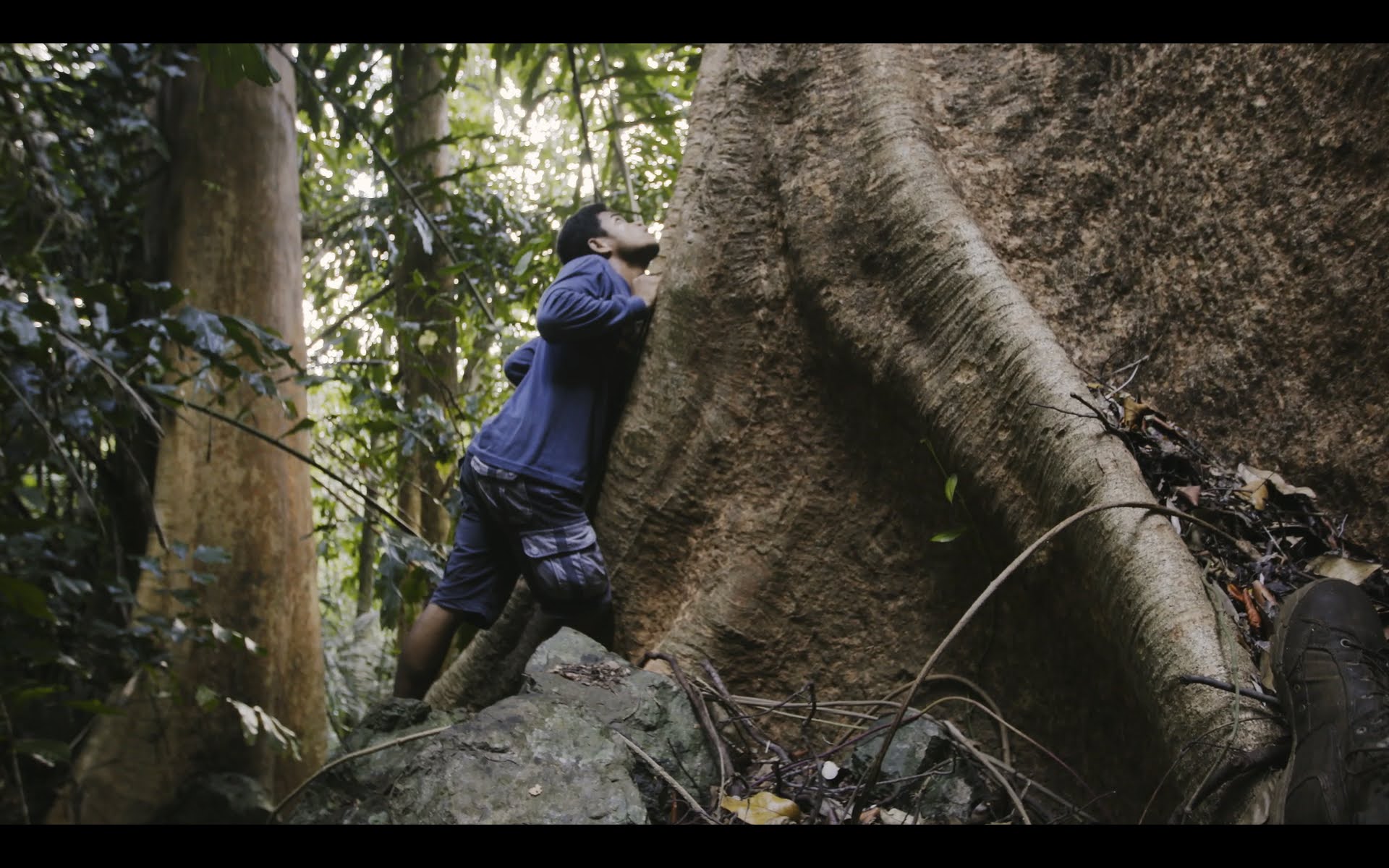 The group also had four GoPros. “We needed these to increase the coverage, as there were multiple characters, and we were often spread out,” Bannigan says.

Bannigan brought two drones to the Philippines. The larger was a DJI Inspire 2, reserved for the bigger landscape shots and aerial images of the resorts and real estate development underway in Palawan. For the raids, he used DJI’s smaller Mavic 2 Pro, which he could carry in his backpack. “If we had time, I’d try and use it to finish sequences and to give a sense of place. It’s often hard to get a wider perspective in the forest, and it all starts to look very similar.” The drone shots helped alleviate the claustrophobia of the rainforest and give a sense of scale.

The drone shot that ends this sequence was done several hours after the raid, once they were safely away from the loggers and their guns and Bannigan had time to run ahead and launch the drone. “You have to remember that we’re walking eight or nine hours,” he notes. “This was the only shot [in the sequence] that we had enough time to set up. During all the confiscation scenes, there’s nothing set up. You’ve got just to go with whatever is happening to the characters within the scene.”

Despite the nerve-wracking scene, Bannigan was not nervous himself during the raid. “At this point, adrenaline starts to kick in,” he says. “Sometimes it’s been days looking for a chainsaw, so to actually get one release a lot of nervous energy built up in the process.” Because it’s so hot and they’d been carrying so much gear, “There’s this delirium of adrenaline and exhaustion that happens. So when you find a chainsaw, you just try to focus and get it done, because that’s what you’re there for.”

Malakunas said in a video director’s statement that he’d like viewers to be “inspired and enraged” by this film, and want to take action. For Bannigan, “I think it’s a story of hope and resilience. These people are up against straightforward corruption and the odds are stacked against them, but they still persist. I hope people feel inspired by it, rather than overwhelmed.”

Delikado makes its broadcast debut on PBS’ POV on September 26 at 10:00 p.m. ET. The film will also be available on PBS.org and the PBS Video app.

END_OF_DOCUMENT_TOKEN_TO_BE_REPLACED

'The Territory' Strikes a Balance of Filmmaking Power