Flashback: Ken Burns and Buddy Squires met and shared an apartment over a liquor store in Amherst, Massachusetts during the mid-1970s, while they were students at Hampshire College. They credit their mentors, Jerome Liebling and Elaine Mayes, with teaching them that there can be more drama in documentaries than in fiction filmmaking.

Burns and Squires planned to produce their own documentaries on subjects close to their hearts. They began their careers by eking out livings as freelance cinematographers until Burns produced Brooklyn Bridge in 1981. He initially planned to shoot that film himself, but decided to focus on producing and directing; he brought Squires onboard as the cinematographer.

The National Parks: America's Best Idea is their 17th collaboration. Their films have earned an array of IDA, Emmy, Oscar and other nominations and awards. Burns is the youngest recipient of the IDA Career Achievement Award; he received that tribute in 2002. Squires was the second recipient of the IDA Outstanding Documentary Achievement in Cinematography Award, in 2007.

The seed of the idea for producing a documentary about the national parks began with a passion that Burns and filmmaker/writer Dayton Duncan shared about the subject. They discussed the concept for several years before launching the project in 2002.

Florentine Films produced the 12-hour documentary in conjunction with WETA-TV, the PBS affiliate in Washington, DC. Duncan wrote the script and co-produced the film. He has also authored a companion book, published by Alfred Knopf.

The documentary airs in HD format September 27 through October 2, in six two-hour segments that take the audience on journeys to national monuments and 57 parks in 49 states. The sole exception is Delaware, where there are no national parks.

"Helping to make this film was one of the great joys of my life," Duncan says in retrospect. "Each park is unique and has its own fascinating story."

The nonfiction film blends archival still photos and newsreels dating back to the 1920s with around 400,000 feet of new Super-16 footage, including some 40 interviews with experts talking about the history of the parks. Peter Coyote is the narrator.

Duncan and co-producer/editor Craig Mellish scouted locations, and decided where and when they should be shooting. Squires was the principal cinematographer.  Additional cinematography was done by longtime Florentine cameraman Allen Moore, Burns and newcomer Lincoln Else, who sometimes accompanied Squires as an assistant cameraman. Else's father, filmmaker Jon Else, heads the documentary program at the University of California at Berkeley Graduate School of Journalism.

"Lincoln was a climbing ranger at Yosemite for eight years," Squires says. "He is an experienced mountaineer who knows the parks. It was incredible having him as an assistant. He also did some wonderful cinematography." Duncan usually guided Squires on his journeys through the parks.

"The grandeur of our public lands is a symbol of the promise of a democratic country, where the land belongs to everyone, rather than being the private preserves of a privileged class of nobility and other rich people," Squires observes.

Squires usually carried supplies and his gear in a backpack, including the same reliable Aaton XTR camera that he has used for years, Canon 8:64 and 11:165 mm zooms and a 300mm long lens, a tripod and an ample supply of Super-16 film. On longer journeys through the wilderness, mules occasionally hauled supplies.

The crew also traveled to destinations in the Grand Canyon while riding on a raft for two weeks. A bush plane hauled them to parks in Alaska.

"We care greatly about what we do and, if necessary, we will fight and go to extreme measures to do it right," Squires says. "The July 4th weekend wasn't an ideal time to be shooting at Yosemite; there were huge crowds and traffic jams.

"But the parks are so expansive that you can find places that make people in the audience feel like they are the only ones there," Squires continues. "It was a magnificent experience. It is important for people to see this film and appreciate that these parks are a crucial important part of our history, culture and identity. Preserving them preserves our soul."

Filming was literally no walk in the park. Squires and Duncan generally began hiking to destinations where they planned to shoot in time to arrive 30 to 45 minutes before sunrise. They left 45 to 60 minutes after magic hour at sunset. They were shooting in Alaska during the summer, when there were 21 to 22 hours of daylight.

"No matter how prepared we were, there were always surprises," Squires notes. "It was 20 degrees below zero while we were shooting at Yellowstone National Park. The sky was filled with beautiful white plumes from geysers of boiling water thrusting up into the frozen landscape. I turned around and saw a buffalo with icicles hanging off his furry chin, with steam coming out of his nostrils."

At Katmai National Park in Alaska, Squires saw and filmed grizzly bears at the bottom of a waterfall, catching salmon with their paws.

"We had to see the potential, be at the right places at the right times, and then be patient...very patient," Squires maintains. "There is a place in Volcanoes National Park in Hawaii where a river of lava flows off a cliff and into the sea. Flying low over the coast with the rays of sunset dancing off the primal fireworks display of red, hot liquid rock exploding beneath my feet was a magical experience. There is a purity to the accidents of nature that you could never plan. It was a wondrous process of discovery."

"Film provided the latitude needed to record nature at its best, with true colors and details in the brightest highlights and darkest shadows the way the human eye sees them," Squires explains. "It is also the only proven archival medium, and this film is history."

The images were composed in a 16:9 aspect ratio. The processed negative was scanned at 3K resolution and sub-sampled down to a 2K 10-bit digital log file at Goldcrest Postproduction, in New York. Final editing was done by Paul Barnes, who has worked on Florentine Films since The Statue of Liberty in 1985.

John Dowdell, at Goldcrest, was the colorist. He has served in that role on all Florentine Films from the beginning. Final timing was done in a theater environment with the images projected on a big screen.

"Today's technology allows us to isolate elements of frames, so Ken and Buddy could add painterly touches to the look," Dowdell explains. "There is a sunset scene at Yosemite with a mountain in the background where you can feel as well as see the texture of water in the lake. It's visual poetry in motion."

Burns concludes, "It's the most stunning cinematography in the history of Florentine Films." What is he going to do for an encore? Stay tuned. There are many future chapters to be written before this story ends. 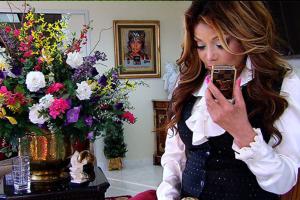 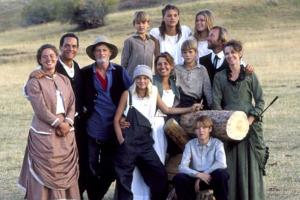 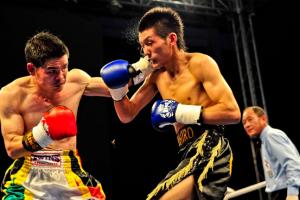 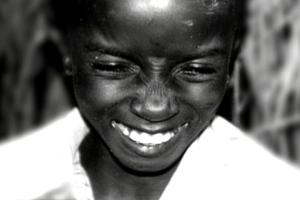 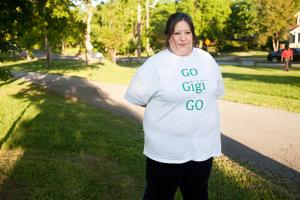 Feature
Because a Waist Is a Terrible Thing to Mind: New HBO Series Takes on Obesity
Read More 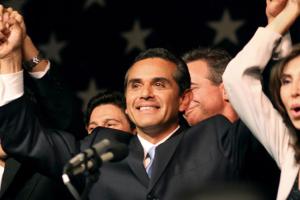