The Pursuit of Truth Includes the Choice of Soundtrack

On our first shoot with Mark Landis, the prolific art forger and main subject of Art and Craft, we rode along with him on an errand to Hobby Lobby for art supplies. We'd just spoken with and filmed Landis in his apartment for hours, but when he keyed the ignition of his late mother's red Cadillac, we immediately saw him in a startling new light. Big Band jazz, the confident and iconic soundtrack of his parents' generation, filled the car, and the music fit like a glove. The moment was immediately cinematic, the kind that seizes your attention, affects creative choices moving forward, and shifts the moral universe of a film.

While it may be hard at first glance to imagine that a documentary soundtrack could pose ethical issues, they loom over nearly every creative choice in our work, and it was no exception for Art and Craft. The film faced its fair share of these challenges even before we considered our score. For starters, Landis immediately begged the question of whether or not he could be trusted. After all, he'd forged fine art undetected for the last 30 years and then turned around to give his fakes to museums under the pretense that they were legit. Complicating matters further, our potentially unreliable narrator also lived with serious mental illness. The work to try to understand and fairly represent documentary subjects is such a central part of the craft—and here we were training our lens on a diagnosed schizophrenic.

First treated at age 17, Landis, by the time we met him, had spent a lifetime developing strategies to cope. One of his strongest was a certifiable mastery at deflecting uncomfortable conversation. Beyond this, Landis lived in virtual isolation. Unless he was traveling the country on one of his many "philanthropic binges," Landis spent the vast majority of his time at home alone, pacing, painting and watching old movies and sitcoms on TV. As we set out to make the film, we wondered aloud: Could Landis ever really be knowable? My partners—director/producer Jennifer Grausman and co-director/editor Mark Becker—and I were forced from the start to think creatively about how to open up our elusive main subject and represent his unusual world.

Every film is different, and develops its unique logic and discourse over time. That moment driving around to Big Band music in Landis' car became critical to our approach because it introduced us to a new language through which we could attempt to overcome these issues, penetrate his inner life and articulate the way in which the outside world saw and interacted with him. We began playing with music of this era in the edit, and its metaphorical power was instantaneous.

Working initially with a temp score, Becker's first move was to place Artie Shaw's "Nightmare" at the head of the film. We watched Landis walk through a strip mall parking lot and comb through Hobby Lobby looking for frames and painting supplies—an act that without music might otherwise play as innocuous and mundane. But "Nightmare" pealed away Landis' disarmingly eccentric exterior, and the music contextualized his endeavor immediately. Here was a Character with a capital C. Landis' alter ego, "The Philanthropist," now had a theme, and it was remarkably reminiscent of one for a crime show villain that Landis might have seen on TV.

One of the main goals of Art and Craft was to unpack Landis' complex motivations, and opening the film with this music was a way to introduce him as he'd been introduced to us in the press and by many duped curators at the time of his discovery. To them, Landis was pure evil, an art-world outlaw who'd offended their very core. But getting to know him over the three years filming with him, we were compelled to unravel a less reductive perspective from that point forward. "I was inclined to be mischievous," Landis often remarked, and while his actions had certainly raised serious moral questions, over time we came to see that his con was ultimately not prosecutable, and his motives clearly not malicious.

The film had to address this disconnect, and when we finally began working with our talented composer, Stephen Ulrich, the opening track was re-imagined and expanded to include several reprises that paralleled our shifting understanding of Landis and his story over the course of the documentary. Throughout the film he would become more relatable, and we set out to mirror this shift from his exterior to interior representation in the film's score.

Already working within the framework of an art caper narrative, we also pushed the noir references in the music and riffed off Landis' obsession with old movies and television. The process informed other filmmaking choices as well; in the edit, we began to play with archival film and TV clips that Landis was so fond of citing. Often blurring the line between direct quotes and his original thoughts, Landis' pop culture references became metaphors for his outlook and experiences, and we found at times that we could better access his interior life this way than we could by asking probing questions directly.

Where the opening music was brash and anthemic, elsewhere in the film our score needed to evoke Landis' mental illness and his loneliness—but it could not treat him as a victim. He may have seemed sad and alone—and certainly at times he was—but it was important to us to resist the inclination to cast him as overly fragile or powerless. After all, despite the odds, Landis had harnessed his talents and no matter how one might interpret the morality of his curious ruse, he'd escaped "the life of a mental patient" (his words) and carved out a meaningful life for himself. He deserved to be depicted accordingly in the film.

Immersed in the subjectivity of our main character, we pushed the possibilities of our soundtrack to maximum effect; we'd come a long way from that first trip to Hobby Lobby. The score of Art and Craft had transcended its diegetic/vérité origins to become a source of narrative meaning. But stepping back from what we'd created, we worried that our using this assertive, at times larger-than-life sound to describe Landis could be interpreted as a disconnect, perhaps absurd or even patronizing. This was a film that had called for great sensitivity in navigating both Landis' mental illness and his life and career as a so-called "philanthropist." But Landis was no caricature, no off-kilter freak to be gawked at, and we could not let our score cut against our audience's ability to experience him as deeply complex and human as the Mark Landis we knew in real life.

During production, and then back in the edit room, decisions are constantly made to bend reality in service of narrative and truth. When do we turn on our camera? Where do we point our lens? Where in the edit is it OK to emphasize, omit, adjust? These choices are made in an effort to best present the world as experienced by the subjects of our films—all with the goal that in the end they feel represented and recognize themselves in the work we create. Playing with the possibilities of soundtrack was ultimately no different to us than any other filmmaking choice, and it was up to us to deploy this tool effectively and ethically.

While many intimate, character-driven docs—especially those with a seemingly delicate and withdrawn main subject—might choose a more austere approach to score, in the end, we felt certain that a lively soundtrack was essential. A sparse or less dynamic treatment could have unintentionally made Landis' life feel more depressing and less vibrant than it actually is, and it would not have necessarily represented him more truthfully.

We needed to evoke his mood swings, his identity shape-shifting, his imagination, the film-noir life that his conservative exterior might otherwise conceal. After all, what had started off as a film that would examine key art-world questions about how we define and construct authenticity and authorship had ultimately become an exploration of how we define and construct the self. Sometimes in bursts, but often in small doses, Landis opened us up to this world, and our score was a means to draw it out creatively. And when our choices were at their boldest, like during the film's opening track, we did our best to show our hand, attempting to reveal the mechanics and the inspiration behind these decisions in an effort to maintain trust and dialogue with both our subjects and our audience about what they were watching. The score to Art and Craft was an attempt to get inside Landis' head, and in trying to get there we had to resist the literal.

As documentary filmmakers, we inevitably become obsessed with methods and process in the pursuit of truth. Pure fiction may come with less handwringing of this kind, but we must resist seeing this as a creative straightjacket, and by no means should we feel confined to slavish representation. Indeed, it is the journalistic challenges inherent in nonfiction work that should open us up to experimentation and artistry in our craft.

In addition to directing, producing and shooting Art and Craft, Sam Cullman co-directed, shot and produced the Oscar-nominated If a Tree Falls (2011) and was a producer and director of photography on the Peabody and Sundance Grand Jury Prize-winning The House I Live In (2012). 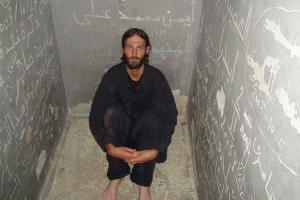 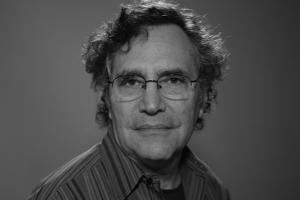 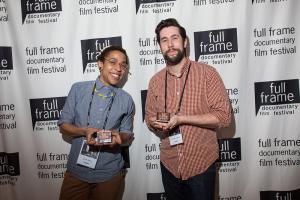 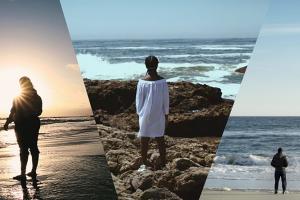 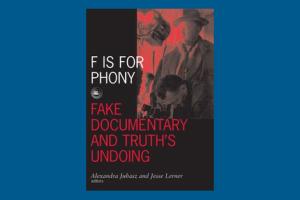 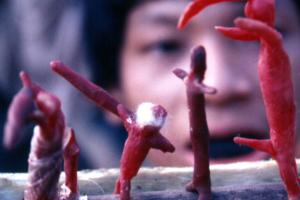 Feb. 14, 2011Column
Anthropologists Behaving Badly: Jose Padilha's 'Secrets of the Tribe' Does Some Digging of Its Own
Read More