By Maori Holmes AND Imran Siddiquee 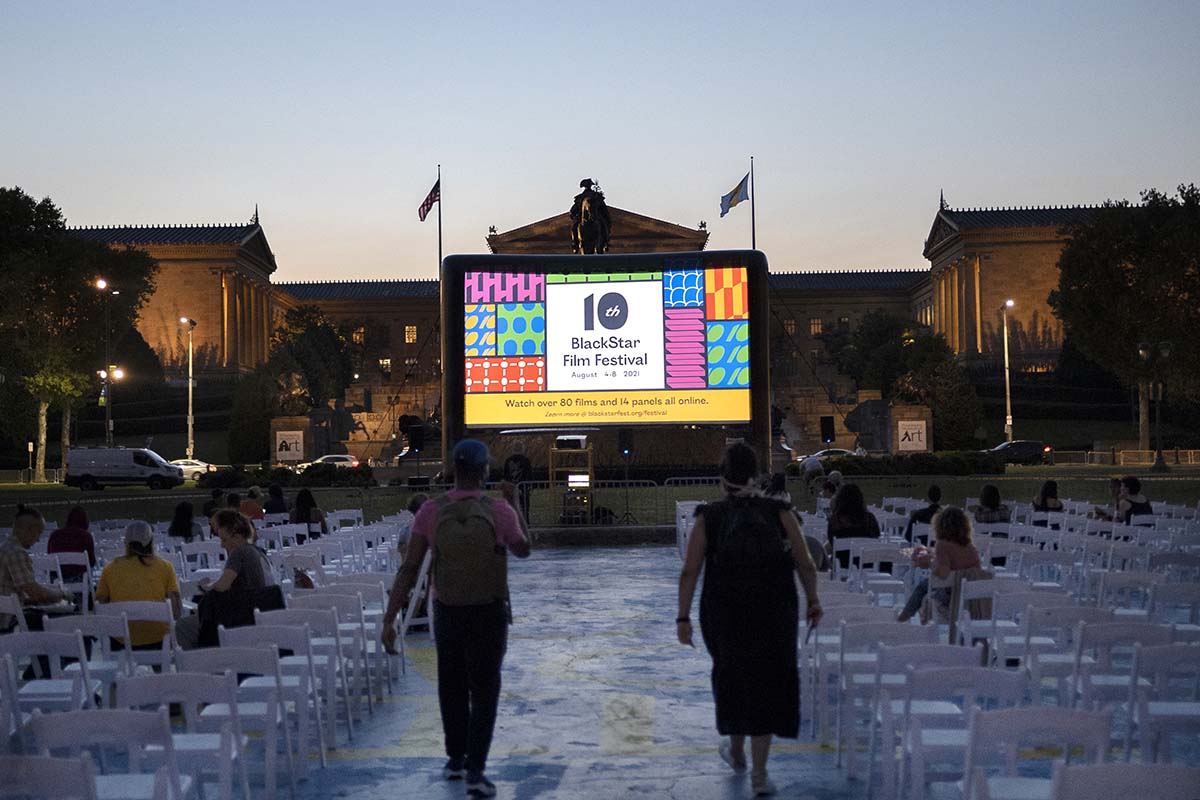 When setting out to produce the first BlackStar Film Festival in 2012, I, Maori, struggled to find a name. I’m usually very good with them, but I couldn’t put my finger on what to call this "celebration." To be honest, I didn’t know it would become an annual event. I kicked around names with friends around my kitchen table and shared my sentiment of wanting to create something that would pay homage to the legacy of Pan-Africanism and similar movements, and illuminate a shared cultural lineage across the globe. One of my best friends, the brilliant scholar and cultural producer Dr. Yaba Blay, suggested "Black Star," the symbolism of which not only conjured Kwame Nkrumah, Marcus Garvey, Pan-Africanism, and the global anti-colonial movement, but also made sense as we were aiming to celebrate the art of light created by Black people.

In the last decade, the festival has grown from a fledgling event into a globally recognized one that is the flagship of a newly formed umbrella organization, BlackStar Projects, which also produces the journal Seen, a seminar, a filmmaker lab, exhibitions, and many other initiatives that seek to uplift an expanded community that includes Black, Brown and Indigenous artists. And in that same period, the movement has grown; organizers of color have again and again pushed forward global consciousness around the urgency of racial, gender and economic justice—which has then been reflected back in the films that are submitted to our festival every year. BlackStar’s future, in that sense, is also always simultaneously about another Pan-African philosophy, evoking sankofa, in that what is past is also present. Treating time as a linear thing is too limiting and disconnected from the way our communities tell stories.

As Garrett Bradley, an alum of the festival, showed us in her 2020 film TIME, for Black communities in this country the repetition of violence happens at various scales all at once—within a single lifetime and across generations. Yet Bradley’s film also reminds us of the recurrence of love and community in this fight against white supremacy. For an arts organization like BlackStar, many of the challenges today feel all too familiar—from the constant hustle for funding to competing with other platforms for scarce national media coverage. At the same time, when we think about our story over the past decade, we truly think about the transcendent, breathtaking art we’ve witnessed, the connections forged, and the moving discussions that have emerged from bringing together brilliant people of color seeking freedom from the confines of genre (and the white gaze). We think about 2020’s inaugural William and Louise Greaves Filmmaker Seminar, where, amidst the ongoing pandemic, we congregated with over 100 filmmakers, critics, scholars, and curators of color on Zoom, to listen to Ghanian artist Nuotama Bodomo discuss thrilling, not-so-new, pre-colonial alternatives to three-act storytelling structure. As one participant reflected, "It felt like a level of nuance that could only happen in an all-BIPOC space."

The festival and its programs are not just platforms for showcasing work, but expressions and examples of this expansive community of Black, Brown, and Indigenous artists that has built around us over the years, responding to and, in some cases, influencing the political climate of this country. And that community has given birth to endless other collaborations—film collectives, exhibitions, conversations—many of which speak back to one of Garvey’s 1919 slogans for the Black Star Line: "Let us guide our own destiny." At the 10th BlackStar Film Festival in 2021, for instance, The Doc Accountability Working Group—a coalition of over 100 documentary filmmakers seeking to reshape the culture of nonfiction filmmaking—came together to debut their demands of the industry during a panel entitled "R-E-S-P-E-C-T: Balancing Power and Care in Doc Filmmaking."

BlackStar remains committed to being a platform for shifting cinematic language and histories in this way, and we know this is only possible by continuing to push against false borders and to carefully bring those at the margins to the center. Our festival has been referred to as a "family reunion" by those who have returned year after year; we cherish this spirit, while also recognizing that there is room here for many more. In the next ten years, at the festival and across all of our projects, we want to be more focused on centering accessibility, age diversity, and the work of queer and trans artists, and investing resources in creating opportunities for the Black, Brown, and Indigenous filmmakers with the least access to funding.

Ultimately, the goal of BlackStar has always been to not have to do this work anymore, to help generate the conditions where all artists of color have the resources and platforms to freely create the work they desire, however they desire. In that sense we are trying to time-travel to a place where our communities’ visions are unhindered by deep-rooted structural inequities, to see and celebrate what beauty emerges there.

Maori Karmael Holmes is a curator, filmmaker and writer. She is Founder, CEO and Artistic Director of BlackStar, as well as a visiting scholar at the Annenberg School for Communication at University of Pennsylvania. Her writing has appeared in Seen, The Believer, Film Quarterly, Pleasure Activism: The Politics of Feeling Good, How We Fight White Supremacy: A Field Guide to Black Resistance, and the forthcoming Collective Wisdom: Co-Creating Media Within Communities Across Disciplines and Algorithms.

Imran Siddiquee is a writer and filmmaker challenging white supremacist patriarchy. Their writing on race, gender, and popular media has been published by The Atlantic, Buzzfeed, LitHub, Bitch Magazine, Longreads and elsewhere. They currently serve as BlackStar’s Communications Director and lead the Revolution Remix historical walking tour for the South Asian American Digital Archive.