'The Changing Same' Takes on the Legacy of Lynching 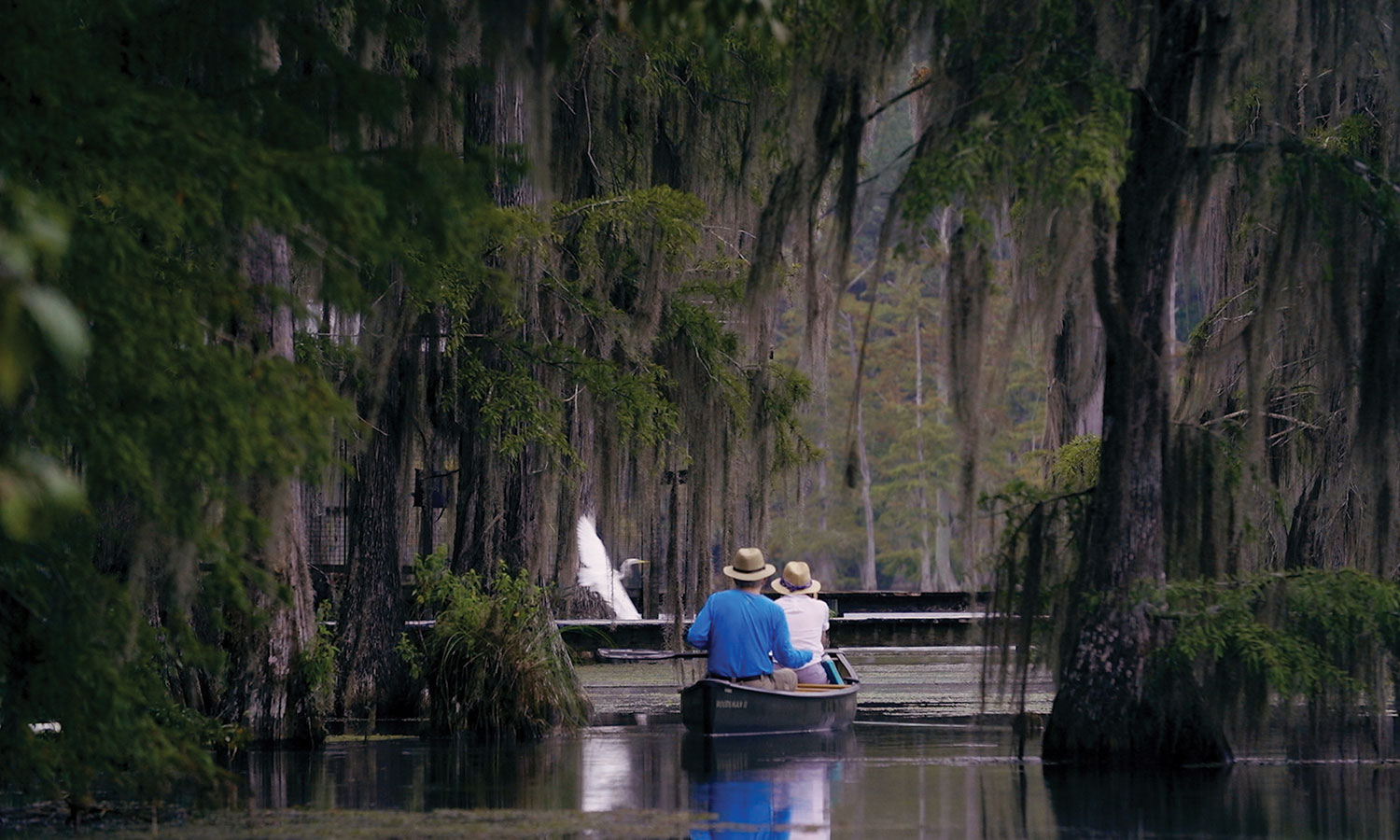 In 1934, Claude Neal, a 23-year-old African-American farm worker was accused of the rape and murder of a young white woman. Eight days later he was kidnapped from jail, tortured, mutilated and lynched in front of the Marianna, Florida courthouse.

Neal’s story still haunts the community of Marianna and is the catalyst for The Changing Same, the latest documentary from husband/wife filmmaking team Joe Brewster and Michèle Stephenson (American Promise). The film, which premieres July 22 on POV, explores, through four characters, a community struggling with the foreboding legacy of America’s history of lynching—a horror story that for generations people have avoided discussing. Neal’s murder is just one of over 4, 000 reported lynchings that occurred in the United States from 1882 through the 1960s. This brutal act was seen as a spectacle event for white people, with attendees taking pictures.  For Black people, lynching was a demonstration of power, intimidation and control--a form of racial terrorism that has plagued communities for generations.

Stephenson was part of the Skoll Foundation fellowship program at Oxford University in 2016, where she met Bryan Stevenson, founder and executive director of the Montgomery, Alabama-based Equal Justice Initiative. Stevenson’s work in public interest law has earned him considerable acclaim, as have the two institutes he founded under the auspices of the Equal Justice Initiative to honor the victims of slavery and the Jim Crow Era: The Legacy Museum and the National Memorial for Peace and Justice.

Stevenson’s work inspired Brewster and Stephenson to explore a story on lynching. The filmmakers discovered Neal’s story from their research. The film is supported by a grant from Stories of Change, a project of Sundance Institute and the Skoll Foundation.

The small community of Marianna, in Florida’s panhandle, like so many other southern communities, is living with the scars of the past and dealing with the pain of the present. “Most people think of lynching as something that comes from Mississippi or Alabama,” Brewster notes. “What we noticed is that lynching was more frequent per capita in the state of Florida, a state that we don’t normally associate with lynching.

“A lynching was an event that occurred over days,” Brewster continues. “It seldom involved ropes, and it was torture of an individual. So this particular lynching that we ultimately chose typifies what the act of this terror was for black people. When we think of lynching, we think of someone being hung up in a tree. But oftentimes it was torture that didn’t involve strangulation with a rope; that was always the end stage.”

Seventy years after the murder of Claude Neal, the film’s main character, Marianna native and poet Lamar Wilson, decided to do a run in Neil’s memory. The 14-mile run, which Wilson has undertaken every year on the anniversary since, traces the route to the Marianna Courthouse where Neal was lynched. “We came across this story of Lamar because we had a specific intention to figure out,” Stephenson explains. “We wanted to go beyond stories about descendants; we were interested in how families are affected, so we were looking at the impact on community—how the terror affects the whole community or town and not just the descendants.” Wilson had asked his grandmother about the crime, but like so many, she was apprehensive to discuss details. After three years of the annual run, some in the community discouraged Lamar to continue and not stir things up.

“We’d found a story that had a contemporary relevance,” Stephenson says. “We’d been behind Lamar’s running, really wanting to place the past as it relates to the present, and just commemorating for him the ongoing stories of police brutality in his run as well.”

The Changing Same, shot over two years, features Wilson and high school friend and attorney LaDray Gilbert, as well as attorney George Little and his wife, legal assistant Pam Little. After interviewing more than 20 people, Stephenson says, “We were looking at the story and looking at the presence of that character, so we went through those 20 knowing that the story was all around Lamar. We needed to determine which characters would bridge Lamar’s story and be most connected to it. We needed to build trust in the community, and not necessarily by digging up these stories again or talking about them. So we really relied on Lamar and his community connections to establish the relationship with people.”

George and Pam Little, who are both white, present different narratives to the story. George describes his family as “Cracker Cowboys”—the original settlers to Florida. Pam’s great-great grandfather was a slave owner, and she describes her parents as educated, yet they believed people of color were inferior. In the film George discusses that some in the community were fearful, when Barack Obama was elected president, that Black people would take over.

“George and Pam were extremely helpful but actually didn’t want to be on camera until the very last minute,” Stephenson recalls. “They were scared. What flipped it was Charlottesville. After Charlottesville happened they said, ‘OK, this was way too much. We are willing to be on camera now because we feel that we really need to try to make a difference if we can, while we're still around.”

LaDray Gilbert found it difficult to get church members and even family to talk. Gilbert is outraged and angry that people may still have Neal’s body parts preserved as souvenirs over the years, and he comes to the realization in the film that to get people to talk about the atrocities would mean they would have to acknowledge that their ancestors were “pretty messed-up people.”

“Part of our concept was looking at the changes of landscape of white supremacy and of anti-blackness over the century,” Brewster maintains. He and Stephenson both connected emotionally on a personal level to the people of Marianna and their stories. “You begin to understand why my father left East Texas and moved to Los Angeles,” Brewster reflects. “It wasn’t because he could get a job making $175 for the post office. I understand why large communities of black people moved to Chicago and to Philadelphia. They did it for the safety, and unfortunately what they fled probably was there.”

Stephenson shares, “For me, as an immigrant from Haiti leaving Duvalier’s dictatorship, those feelings I felt in Marianna are very similar to the feelings I felt when I would spend my summers under this dictatorship with my grandparents—the feeling of not being able to talk about certain things, or only talking about certain things with people that you really trusted.”

The filmmakers were tested during production when an angry woman threatened to shoot them, claiming they were on her land; she was renting the land from Lamar’s family. Not waiting to figure out if the threat was real or not, Stephenson said, “Crew, we need to get out of here. I’m not going to wait for her to come back.” The woman was later arrested for the threat.

Brewster feels the biggest challenge for them was the narrative: “How do you tell the story? There’s a lot of anxiety about talking about this story.” The couple both knew they wanted to do an expansive project. “Our proposal to Sundance, which they funded, included a research and development phase, a production of the short film, which ended up being The Changing Same,” Stephenson explains. “And another component was an immersive media piece that looked at the history of racial terror and how the past is still present.” Brewster elaborates: “The obstacles and the intimidation that black people faced at the time of slavery has evolved, but it still exists in various forms.” The filmmakers enlisted the help of digital media expert Katerina Cizek to present creative and interesting ways to tell this story, and partnered with the immersive media studio Scatter to produce a VR project using volumetric 3-D capture. The team then developed a proposal and began to receive support from POV Spark, MIT Open Documentary Lab, Sundance and the Fledgling Fund.

The VR piece is complex, utilizing the expertise of social scientists and physicians; it’s designed to be a healing process. “A lot of work was done in South Africa and Europe, looking at the trauma of horrific events like apartheid and the Holocaust,” Brewster explains. “How do you heal people? How do you allow people to take these traumatic events as a true reconciliation of an apartheid and move forward? So that theory is that you can’t move forward by hiding your past. It becomes almost like a form of post-traumatic stress disorder, where you hid in the past but your everyday experience is night terrors and avoidance and the kind of things that we can talk about as our daily experiences as Americans.”

“We call this VR project a pilgrimage experience through our past and present to figure out a way of how we can reconcile that past to re-imagine a different future,” Stephenson adds. “We need space for reflection, before, during and after the experience for people to take in the elements of our history but also elements of our present.”

There are plans for the VR project to be part of a POV Spark tour, which begins next year. The filmmakers have several other films on their busy roster: Going to Mars, on activist, educator and poet Nikki Giovanni (an IDA Pare Lorentz Documentary Fund grantee); Birthing A Mother, on the role of black female motherhood and the role of doula for Planned Parenthood; and an untitled Dominican Republic story.

Editor's note: It was recently pointed that we had misspelled Claude Neal's name. Documentary regrets the error.

Tracie Lewis is a writer/producer and teaches the history of American and World Cinema at Chaffey College.

END_OF_DOCUMENT_TOKEN_TO_BE_REPLACED

Meet Jim Crow: Recovering a Missing Piece of US History