A Solutions Approach to Documentary Journalism 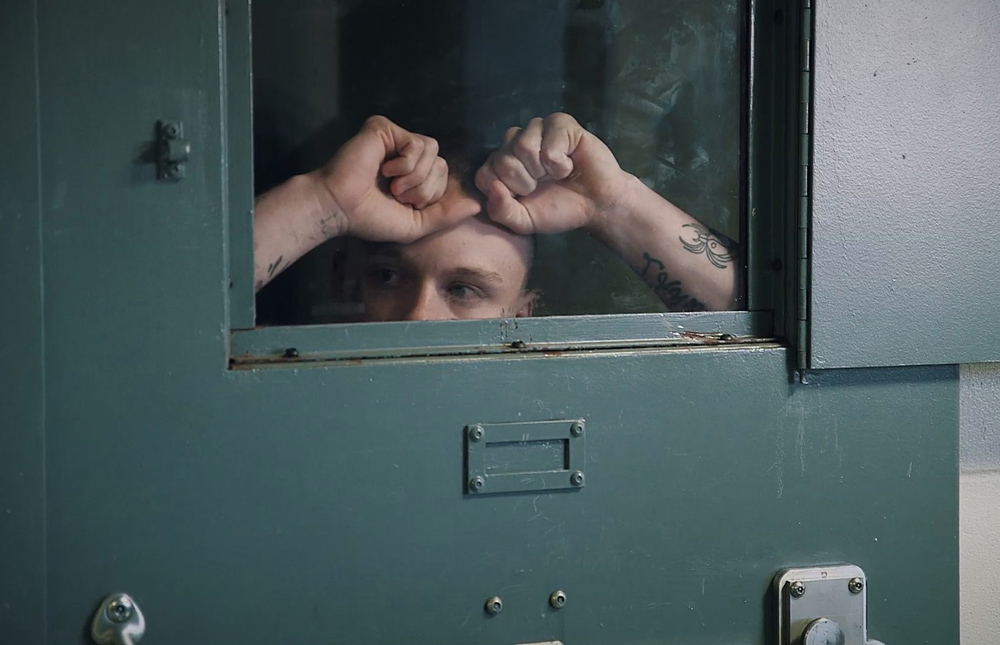 “One problem filmmakers come across is, ‘Here’s an issue I care about. I’m going to talk to a bunch of people about this issue and put it all together,’” says Lauren Mucciolo, a documentarian who is professor of practice and executive producer of the Howard Center for Investigative Journalism at Arizona State University’s Walter Cronkite School Journalism and Mass Communication. “I think that’s a problem. Great films are made in the storytelling.”

Gang violence in Honduras, or the opioid epidemic in New England, or the fact that in America your family income pretty much determines how well you do in school: choosing the issue is just the beginning. It’s the story that provides the freshness, tension, stakes, complexity and narrative arc that makes the documentary.

For Mucciolo and other documentarians, the answer is to follow characters as they try to make progress on the issue—an approach known as solutions journalism.

When Mucciolo her colleague Dan Edge decided to make a documentary about solitary confinement, they looked for places that were trying to reduce its use.

Mucciolo is producer of Solitary Nation (2014) and co-director and co-producer of Last Days of Solitary (2017), both of which aired on PBS’ FRONTLINE series. Both were filmed in the solitary units at Maine State Prison. The first film was very raw, she says, simply showing the brutality, letting viewers realize that solitary made things very much worse.

She’s not happy with how it came out. “The best films are those that have narrative momentum,” she maintains. “Lots of my films are about people who experienced trauma and go to dark places. But you need moments of lightness, moments to cope or optimism or opportunity. That’s something we didn’t quite get right with the first film—and with the second film, we did.”

By the time they were shooting Last Days of Solitary, Maine’s reforms were in progress. It was putting fewer men in solitary, instead keeping them in the general population, with mental health treatment and education. “That provided for us a very obvious way to structure our storytelling,” Mucciolo recalls. “There was never any question that the film structurally made the most sense when focused on the question of what’s working and what’s not working.”

Mucciolo and Edge followed Maine State Prison as its staff responded to the problem of solitary.  The film wasn’t cheerleading, or advocacy, or fluff. It used the same techniques and standards they had used to cover the problem.

This solutions approach is becoming more common in documentaries, and in journalism in general. Solutions journalism is a natural fit for documentaries. It’s often a fresh approach to a problem that is already widely known. And it feels empowering to viewers, rather than depressing; research shows that by far the biggest reason people avoid news is that it makes them feel sad and powerless.

“How can I get my audience to care about my stories?” Mucciolo asks. “What can I do that’s more innovative?” She says that filmmakers often answer this question with new visuals and techniques—but they could also change how they tell the story. “Another layer is how we frame the stories, focusing on not just the drab and sad and hard, but building out context, which can include solutions and reforms.”

The solutions approach can have other advantages. “I’m always looking for great compelling stories that haven’t been told before,” Mucciolo maintains. “And I’m always asking, ‘Why now?  Why tell this story now?’” Well, someone’s taking a stab at this problem —that’s why now.

On a practical level, covering solutions opens doors. Mucciolo could go to Maine Corrections and ask to document their reforms.

“If you’re going to get access to an institution, they have to have a reason they want their story told. They have to be proud of the complicated work they’re doing,” notes Matthew O’Neill, a veteran filmmaker who is co-creator of the Axios documentary series on HBO. The 2018 film he made for FRONTLINE and The New York Times, Life on Parole, takes a solutions approach, following four recently released prisoners in Connecticut, which was reforming parole statewide. “When people think they have the solution, they often want to scream it from the mountaintops,” O’Neill says.

“You come with appropriate skepticism and rigor to test whether it works,” O’Neill explains. “If a parole officer is mean and racist, you see that. And if he’s deeply caring and solutions-oriented, you see that. Wouldn’t the state rather the story be all about the good parole officer? Sure. But they understood our need to see both success and failure. It took a lot of conversation.”

Journalists sometimes hesitate to try a solutions approach because they don’t want to give the false impression that the problem is solved, or seem to be picking winners. Both are easy to avoid. Good solutions journalism doesn’t celebrate a response to a problem—it reports on it.  Context can come through interviews, or just by showing nuance. “Vérité documentary filmmaking is about giving the audience the experience we’re having in the field,” O’Neill notes. “You see complicated truth, complicated success and complicated failure.”

Mucciolo says that complexity is always there. “Prisons with the best of intentions doing the most reform work are still going to have some challenges. Whatever we found—the worst- or best- case scenario—you’re going to see problems.”

At one point in her filming in Maine, one inmate murdered another. Rather than derail her project, Mucciolo says the murder made it stronger. “You’re looking at these changes as they were rolled out over time,” she asserts. “Following how the prison dealt with horrible incident and keep their reform train on track was the most interesting thing we could have looked at.”

Juliane Dressner and Edwin Martinez’s film Personal Statement (2018) exposes the lack of college counseling in high schools—especially in high schools where many children are the first college-goers in their families. So kids who get no help at home also have no help at school.

Dressner and Martinez tell this story through three high school seniors in three Brooklyn high schools. They all trained to be peer college counselors—helping their fellow students apply to college while struggling to overcome huge obstacles in their own journey to college. “When I realized this program existed, I thought, What an incredible opportunity to understand the barriers,’” Dressner recalls. “I can follow the efforts of young people not only trying to overcome it themselves, but to help the rest.”

Peer counseling is great, but Dressner says it’s very much not the solution. No viewer is going to think, “Okay, problem solved.’” One heartbreaking story line follows Enoch, who lives with his sister, as he stands in line in the cold to get necessary family documents that his mother, who lives in a homeless shelter, couldn’t supply. “Even though these young people had the extra advantage of getting all that training, they are still up against so much as they go through the college process,” Dressner explains.

In a larger sense, reporting on solutions is just good journalism. Many states are now trying to reform solitary—those efforts should be reported on, not ignored. “Of course we didn’t want to burnish anyone’s reputation,” O’Neill says. “But if you’re doing an investigative piece, and the person turns out to be doing something really great, you have a responsibility to tell that story.  Just as if you were telling a simple story and it turns out there’s corruption, you have a responsibility to show the corruption.

“I love seeing people fighting for positive change,” O’Neill continues. “We need to highlight those in dramatic, compelling and journalistically rigorous ways. We can learn from the details about the way people are improving. We as a culture need to understand success stories in our institutions just as critically as we understand those institutions’ failures.”

Tina Rosenberg is a journalist, longtime writer for The New York Times and co-author of The New York Times’ “Fixes” column. Her 1995 book The Haunted Land: Facing Europe’s Ghosts after Communism won the Pulitzer prize for General Non-Fiction and the National Book Award for Nonfiction. She co-founded the nonprofit Solutions Journalism Network in 2013, and her organization has worked with hundreds of newsrooms and thousands of freelancers to help them integrate solutions reporting into their story mix.