The Story's the Thing

It has been observed that even fiction films are documentaries. The implacable lens of the camera merely records what is put in front of it, even if the images are contrived. But the inverse may not hold true for narrative. Not all films tell a story.

"Storytelling lies at the heart of most good documentaries," writes Sheila Curran Bernard. She has written a pragmatic exploration of the role of narrative in nonfiction filmmaking. "Our stories depend not on creative invention," notes Bernard, "but on creative arrangement."

The factual presentation of people, places and events in documentaries is usually portrayed through the use of images and artifacts. Erik Barnouw, in his 1974 book Documentary, wrote: "The documentarist has a passion for what he finds in images and sounds—which always seem to him more meaningful than anything he can invent."  It is what can be discovered, the refusal of invention, that interests the documentarist. And the documentarist's expression, or narrative, consists of the artful selection and arrangement of these factual findings.

"Story is the device that enables this arrangement," writes Bernard. A series of questions, or a hypothesis is shaped into "a compelling beginning, an unexpected middle, a satisfying end." That is not to say that a documentary needs to have a three-act structure or that dramatic tension must be imposed from outside. "Story comes from within the material and the ways in which you, the filmmaker, structure it," writes Bernard.

New video technologies are one factor driving increasing popularity for the documentary. There is, subsequently, a common misperception that it's better to shoot first and find the story later. On the contrary, the availability of inexpensive digital video technology actually underscores the necessity for filmmakers to shoot with greater pre-planning and intelligence. "It's very possible to shoot everything," writes Bernard, "and end up in the editing room with nothing."

In writing this volume Bernard demonstrates to documentarians how story can be more effectively incorporated into every level of nonfiction filmmaking from conception to development and pre-production, in the field and in the editing room. Her discussions incorporate many examples from contemporary documentaries to illustrate a variety of salient points.

Dividing her book into five parts, Bernard commences with the "Initial Concept," which is broken down into Story Basics, Documentary Storytelling, Structure, Manipulating Time and Approach. One of the key elements within the story structure is the "point of attack," where the filmmaker enters the story and it's generally one of the hardest decisions a documentary filmmaker must make over the course of production. "The point of attack ushers the viewer into the world of your film and its themes and characters," writes Bernard.

Part two of the book covers sections on Research, Pitching and Proposal Writing, Outlines, Treatments and Scripts as well as casting. Treatment sample pages for proposed TV documentaries, along with a single column script page, narration and an editing outline from Lalee's Kin (Susan Froemke, Albert Maysles, Deborah Dickson, dirs.) are included in this section.

Shooting with the story in mind is essential, the author notes, especially with direct cinema and vérité. "What you shoot and how you shoot it involves more than simply documenting an event," writes Bernard. "It's a way of contributing to the story." It's also important that any footage be shot in a way that it can be edited later.

For those shooting documentaries on film, the cost of stock and processing has often dictated careful shot selection. Documentary cinematographer Steven Ascher notes that first-time filmmakers, especially those who have only worked with video, tend not to ask, "What is a narrative spine, what is structure, how will scenes get distilled? They tend to overshoot and at the same time not shoot in a focused way that makes themes emerge."

A concluding section consists of conversations about story in documentary with Froemke, Ric Burns, Jon Else, Jeanne Jordan, Steven Ascher, Sam Pollard, Kenn Rabin and Suzanne Simpson. For Burns, it is the medium of film that determines the projects he selects. "In choosing a story, the pilot light goes on when you sense that this is material that will allow you to exploit that dream power of film," says Burns.

Jon Else notes, "We haven't figured out a way to do documentaries very successfully without stories." In making his films, Else always attempts "to find at least two stories that unfold simultaneously." With his documentary Cadillac Desert, Else first looked for a narrative "that went through time and involved people in conflict." Then he tried to find a visual chronology, "something visual on a grand scale."

Simpson, producer of Island of the Sharks and Shackleton's Antarctic Adventure, notes that for large format 15/70 IMAX films "the art of storytelling has been a slowly evolving thing." In large format, "the image is all-powerful, and the words have to support the imagery."

Whatever their chosen medium, documentary producers can benefit from a reading of Bernard's book.

Ray Zone can be contacted at r3dzone@earthlink.net. 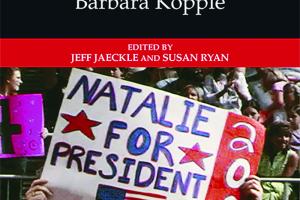 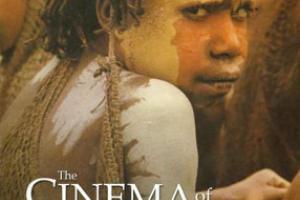 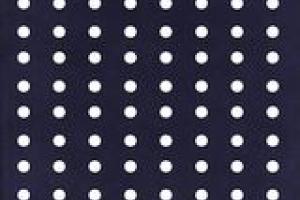 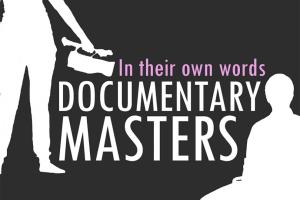 May. 9, 2021Column
In Their Own Words: A Compact and Accessible Digital Guide to the Masters of Nonfiction Filmmaking
Read More 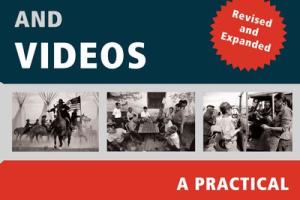 Aug. 4, 2008Online Feature
So You Want to be a Documentarian? A Primer for Seeking the Truth of a Story
Read More 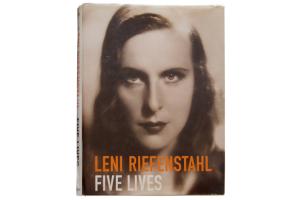