Taking 'Mama Bears' on the Road and Seeing Love Win 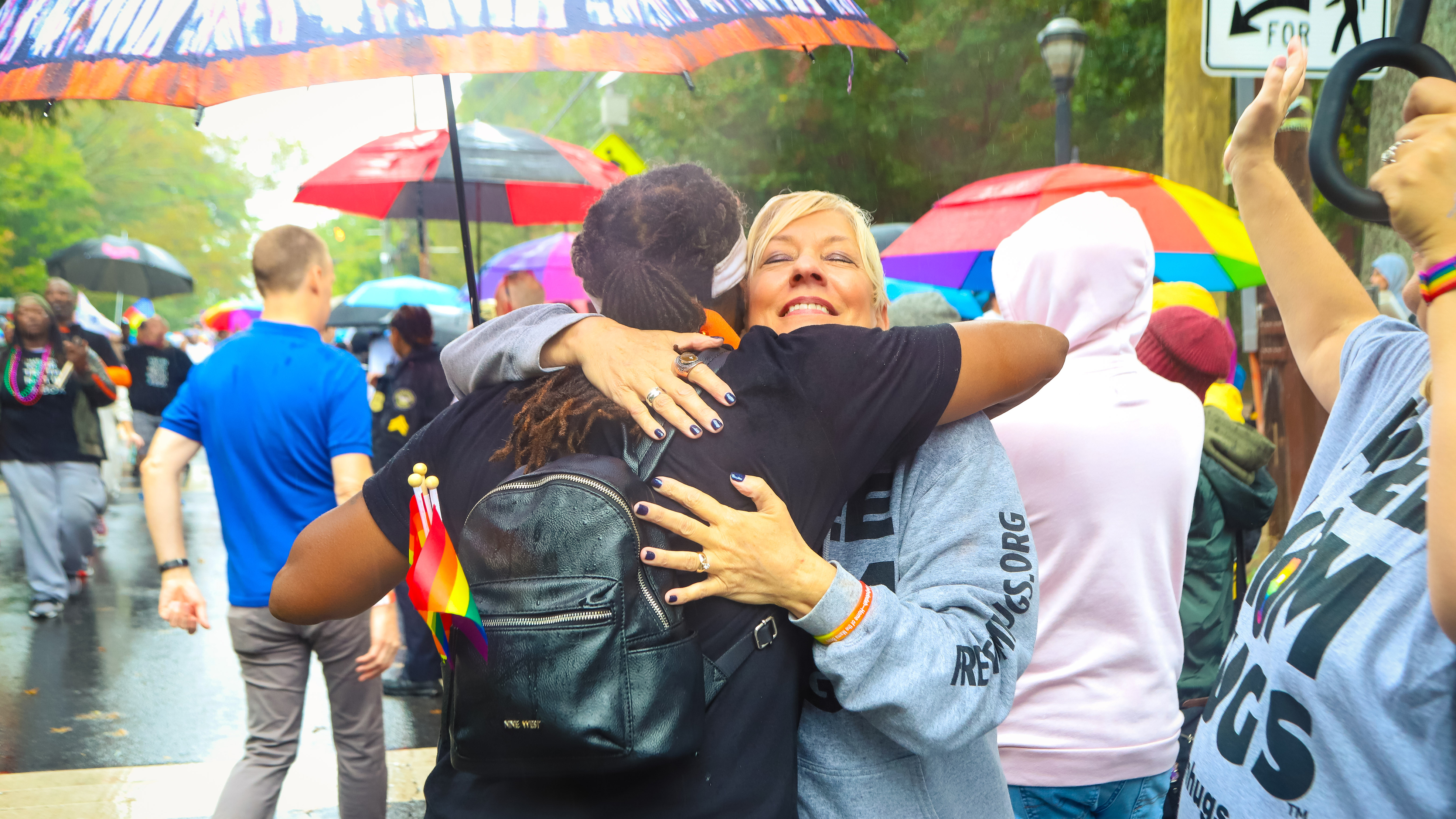 Have you ever had an experience that was so powerful it knocked you out of your body? And even as the event was still unfolding, the objective, analytical part of your consciousness was standing off to the side practically shouting, “Is this really happening? Or am I dreaming?!!”

I’ve had the pleasure of this strange experience twice in the last few months at screenings for my new documentary, Mama Bears, which premiered in March at SXSW. The first time was during a Q&A session at the Seattle International Film Festival when a sweet-faced, middle-aged woman raised her hand to say she was an evangelical Christian who had been struggling to accept her non-binary grandchild. “But now that I’ve seen your film, I understand so much more and I know that I have to join the mama bears movement,” she asserted. And I promptly burst into tears.

The mama bears are a group of mothers 35,000 strong—many from conservative, Christian backgrounds—who have joined forces to love, accept and fight ferociously for the rights of LGBTQ+ people, including their own children. My film portrays the journeys of two such mothers, Kimberly Shappley and Sara Cunningham, as well as the story of Tammi Terrell Morris, a young African American lesbian whose struggle for familial and self-acceptance perfectly exemplifies why we desperately need these ferocious moms. 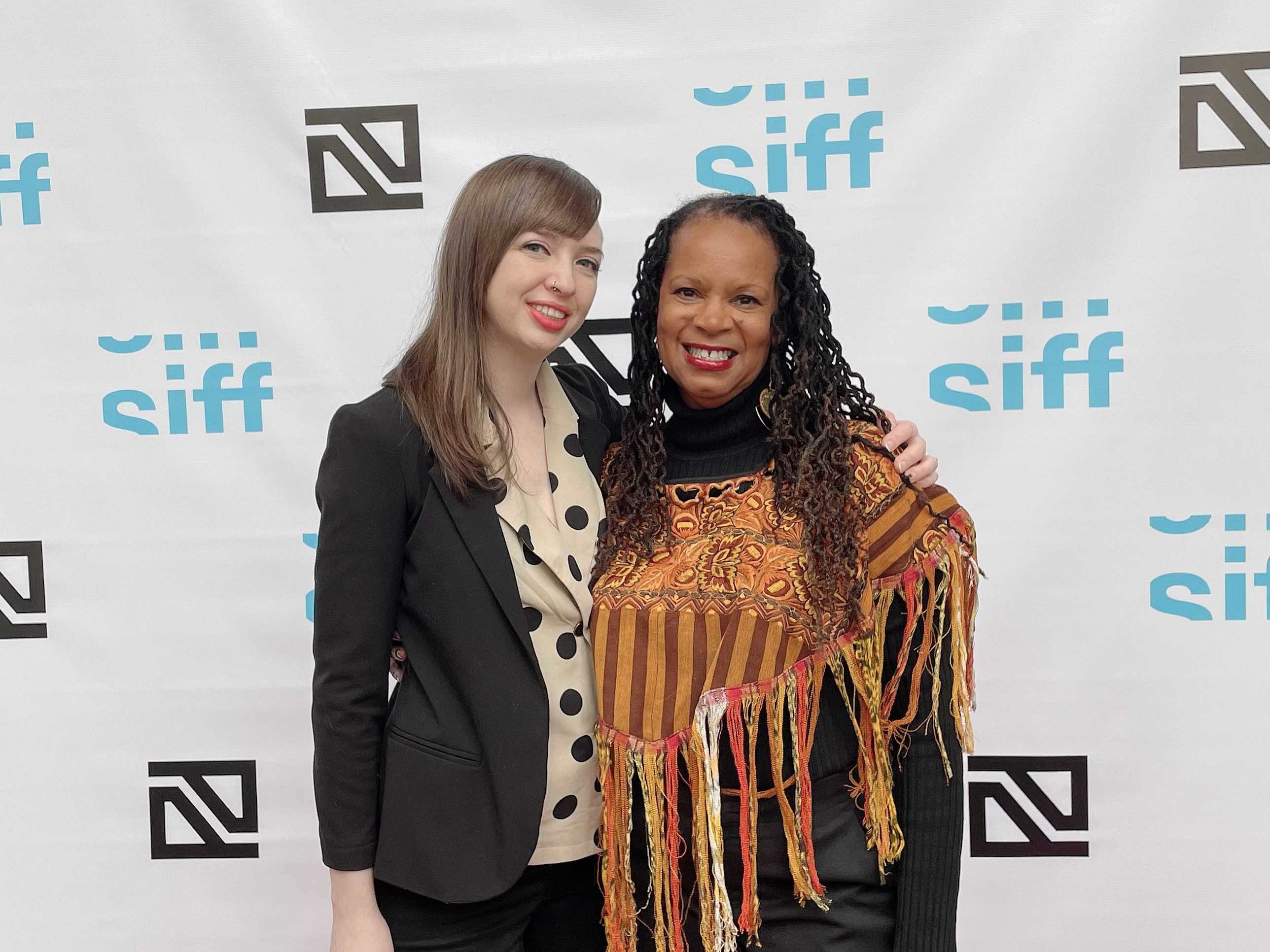 After dedicating five long, hard years of my life to making this movie—writing grant application after grant application (Mama Bears is an IDA Enterprise Documentary Fund grantee), scrimping, saving, pitching, shooting, editing, and practically begging to get it made, I couldn’t have asked for a more incredible sense of accomplishment than I felt in that moment. And then it happened again.

After a screening in Oklahoma City, I ran into a man in the lobby who candidly shared, “I really didn’t even want to come to see this film, but something made me and I’m so glad I did. It really opened my eyes. I swear I’m not just saying this, but it’s the best documentary I’ve ever seen.” Although I didn’t cry that time, it was still incredibly moving to see the difference a movie can make in action. And part of me was definitely standing off to the side jumping up and down with joy.

If you’re an independent filmmaker who’s ever said, “If my film can touch one person’s heart or change one mind, I’ll have accomplished my goal,” then you get it. Amidst all the nightmarish events happening Every. Damn. Day. It's really a dream come true to see love win. It’s a rare, beautiful gift to be cherished.

As my film and I travel the country presenting audiences with new ways of seeing, being and loving please, don’t wake me. I’m dreaming.

Director/Producer Daresha Kyi is an Emmy Award-winning director who also writes and produces films and television in Spanish and English. A graduate of NYU Film School, Mama Bears is her second feature documentary. In 2018 she was commissioned by the ACLU to direct the short Trans in America: Texas Strong, which garnered over 4.5 million views online, screened at SXSW and won two Webby Awards and an Emmy for Outstanding Short Documentary. In 2017 she co-directed Chavela, an award-winning portrait of iconic singer Chavela Vargas.