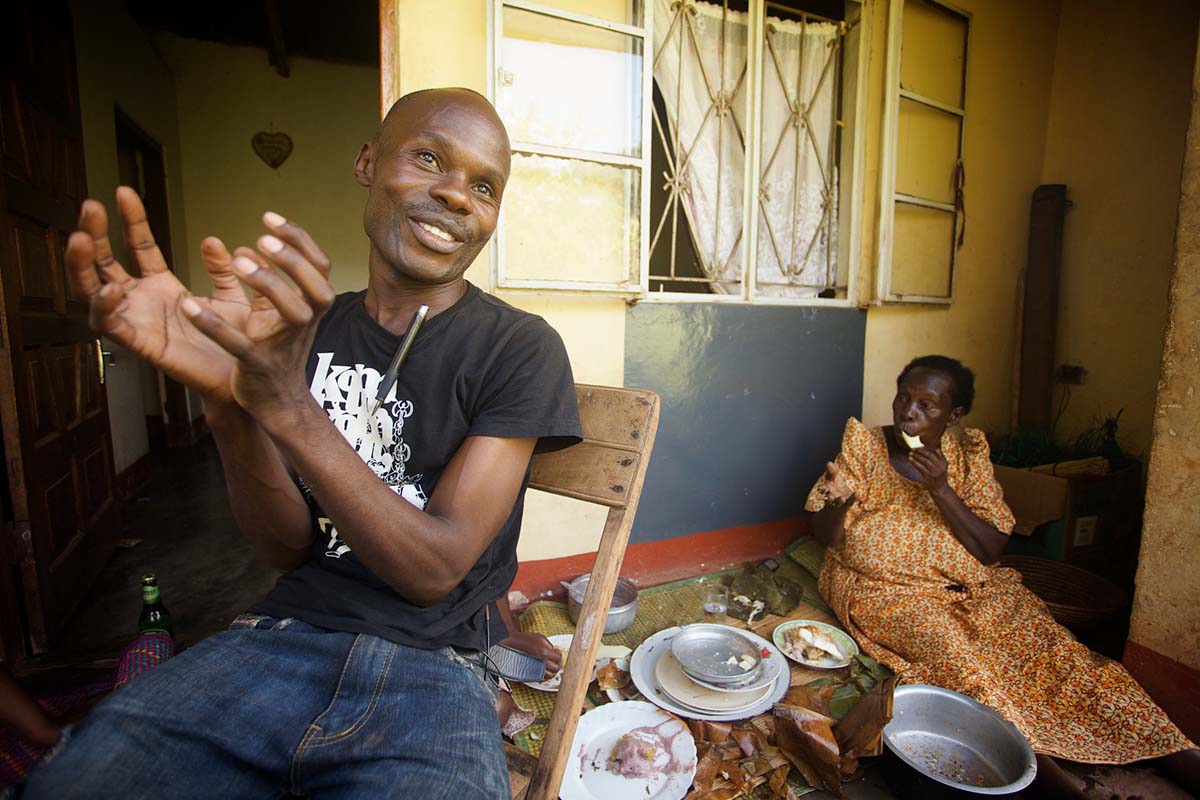 The act of “coming out” as a member of the LGBTQ community is often the defining moment of films about queer and trans people. Yet many of these films still struggle to capture the nuances of this experience. Audiences can look no further than to documentaries for a raw and necessary look at what coming out really looks like for LGBTQ people.

This National Coming Out Day edition of Docs to Watch presents 7 documentaries that explore “coming out” not just as a singular action, but an ever-evolving process that looks different to different people. Today and every day, let’s uplift films that honor this experience and celebrate the resilience of LGBTQ people.

Parents are often the first people you come out to, but, in the case of this film’s protagonist, it’s not just about coming out as gay. In All in My Family, filmmaker Hao Wu is faced with the tough decision on whether or not to introduce his husband and children to his traditional Chinese family. A personal vérité portrait, the documentary explores a dilemma many LGBTQ people experience in one way or another.

LGBTQ rights movements often have humble beginnings and coming out is often where it starts. Call Me Kuchu is proof of this. The film follows the early LGBTQ rights movement in Uganda where many of the activists in the film risk violence and discrimination just for being open about their sexuality. This documentary is especially relevant to revisit this year as a new bill might set back the progress these activists made over the last 10 years.

Where to Watch: Vudu, Tubi, Kanopy

Sports have historically been a contentious place for LGBTQ people. This year alone trans athletes across the globe have become major targets of transphobic misinformation campaigns and legislative discrimination. In Game Face, audiences get a peek into what coming out looks like in a sports environment. The film follows two athletes, MMAs first transgender pro fighter Fallon Fox, and college basketball player Terrence Clemens, through their coming out processes in both of their sports.

Where to Watch: Kanopy, Tubi, Dekoo

Another film about coming out to family, How to Make a Rainbow highlights a different hurtle that faces LGBTQ parents: coming out to your kids. In this short documentary, we follow a young trans mother raising her child on her own. The film explores a child's refreshingly non-judgemental process of better understanding her mother. It’s also a masterclass on how to have conversations about gender with kids, which is important for any parent, LGBTQ or otherwise.

Where to watch: Vimeo

Next up is a documentary that shows how empowering being out at work can be, and the importance of being visible in your career. Of Love & Law shares the story of Fumi and Kazu, who are partners in law and love. The couple runs Japan’s first law firm founded by an openly LGBTQ couple. The act of being out at work draws in many clients who might have otherwise been silent, illustrating just how powerful being your authentic self at work can be.

Where To Watch: Vimeo On Demand, BFI Player

Being open about your sexuality is never a generalized, universal experience. Oriented is a great reminder of this. The documentary tells the story of three queer Palestinian friends, all with different coming out journeys. The film blends the complexities of being queer in Palestine with the struggle the men face as they speak out against Israeli occupation during the Israel-Gaza conflict of 2014.

Where to Watch: Vudu, Google Play

Wish Me Away (2012, Bobbie Birleffi and Beverly Kopf)

Last on the list is a more traditional coming out narrative but notably from someone in a more conservate environment than many. Wish Me Away tells the story of singer Chely Wright’s coming out which, back in 2012, was quite a bold decision for the country star behind the hit song “Single White Female.” The documentary uses vérité footage, news coverage and video diaries to give viewers intimate access into the days leading up to, and after her coming out.

Where to watch: Kanopy, Prime Video